Q & A with Sr. Karen Lueck on what it takes to be a quality leader 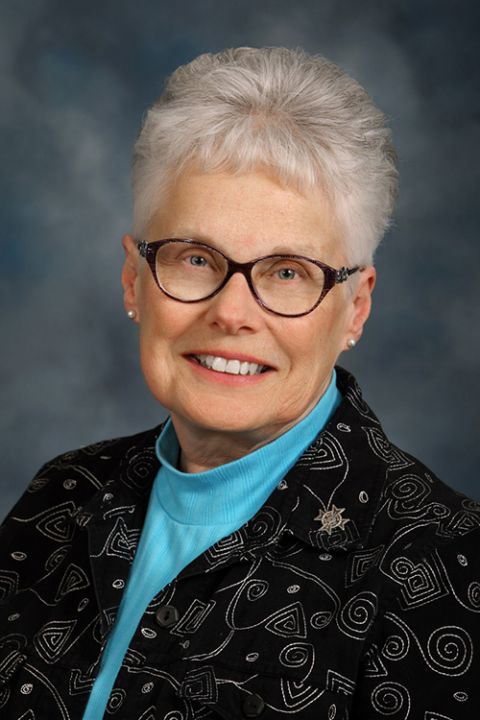 Most people think you either have leadership skills, or you do not.

But Sr. Karen Lueck says that's not true: Everyone can be a leader, even without what are considered traditional leadership skills.

The key is to focus on the good, she said: Cheer for what people are good at, cheer on what the organization does well, cheer for every accomplishment.

Lueck was a cheerleader for one year in high school, a year that, she realized, formed the basis for her philosophy of leadership, which she set down in the new book Cheering for the Good: Leading When It Matters.

The former president of the Franciscan Sisters of Perpetual Adoration is now retired after a career in education, mental health counseling and leadership.

GSR: It seems that since your term as president ended in 2018, you've caught the writing bug.

Lueck: I always wanted to write, but I never had time before. But when you're retired, you're at a time in your life when you want to start consolidating all that you've learned.

So I use the book to share some good leadership practices, but also the goodness factor — that's the important thing. I think this happens to a lot of people: Growing up, I didn't think of myself as a good person. It took a long time to come around to that.

As for the book, I felt like it was a call from God. Every morning, I'd get up and think, "Oh, I need to say this" or "God is giving me the grace to say this kind of thing." The writing was hard, but I really enjoyed it. Now I'm in the marketing phase, which is not so much fun. Writing is really what I wanted to be able to do. 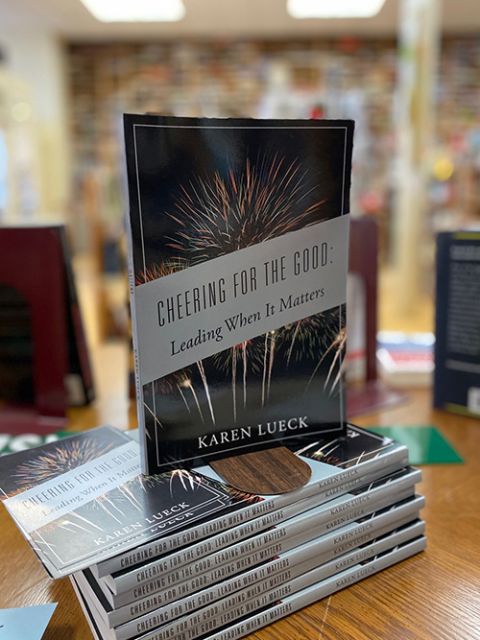 Sr. Karen Lueck's new book, "Cheering for the Good: Leading When It Matters," is available now. (Courtesy of the Franciscan Sisters of Perpetual Adoration)

Most people don't think they are leaders, but you say that's not true.

I'll say to someone who's good at something, "You're really a leader in that area," and they'll say, "Oh, no, I'm not really a leader." But leadership is really influence.

You're a leader if you're using your expertise to influence decisions. It's about claiming our voices — I'm encouraging people to claim their own voice, claim their own leadership. From the beginning, I've said there's a leader in every chair.

People think you have to know everything to be a leader. But I have a lot in the book about being vulnerable as a leader, being able to say, "I don't know." If you're an expert in anything, then you are a leader.

People often think of leadership as telling people what to do, and they do it. That's not how you see it?

Leaders have power and influence, but it's not power over someone, it's power with someone. There's a whole chapter on communication and working collaboratively. It's about asking questions. You don't always have to have all the answers.

When I was president, I did a lot of fun things because people remember it better. One time, I had sisters dress up like some of our former leaders who took risks and asked, "Are we willing to take risks?" They laughed like anything, but they remembered it.

People probably joke about how being a mental health counselor must have helped you when you were in leadership, but I suspect that's truer than people think.

It helped me know how to listen and be present for people and really hear them out. And in mental health, you look for the good in people instead of just focusing on the diagnosis. Leadership is about using appreciative inquiry — looking for the good in things. It's a change theory about how people change for the better.

We should be looking at the things that are working in an organization and emphasizing those rather than just looking at what's wrong. When you do staff reviews, you should be asking, "What are your gifts, and how can we as an organization bring those out in you?" It's being a cheerleader for the other person.

Speaking of being a cheerleader ...

Yes, I was a cheerleader in high school, but just for one year. And we only did the basics. We had a pastor that wouldn't even let us jump too high.

But I learned that cheerleading is bringing the energy of the people and uniting it to accomplish a goal. We need to be cheerleaders today for the planet, for other people, for ourselves.

Every chapter has a little cheerleading vignette. That makes the book fun. They wanted to title the book The Cheerleading Nun, but I said no way.

Everyone is a leader. We all have influence. The question is: Are we willing to step forward and claim our influence, and is our influence going to be good or negative?

So what's next? Are you still writing?

Yes, my next book is going to be on reclaiming our spiritual authority. We've ceded our authority to others. And with the pandemic, we've learned a lot of good things, so we have to decide now who we're going to be as a people.

Arts and Media | Q & A with Sr. Karen Lueck on what it takes to be a quality leader

Q & A with Sr. Cora Richardson, missionary of 50 years in South Africa

Sister attributes her songs to listening to God, and an encouraging convent