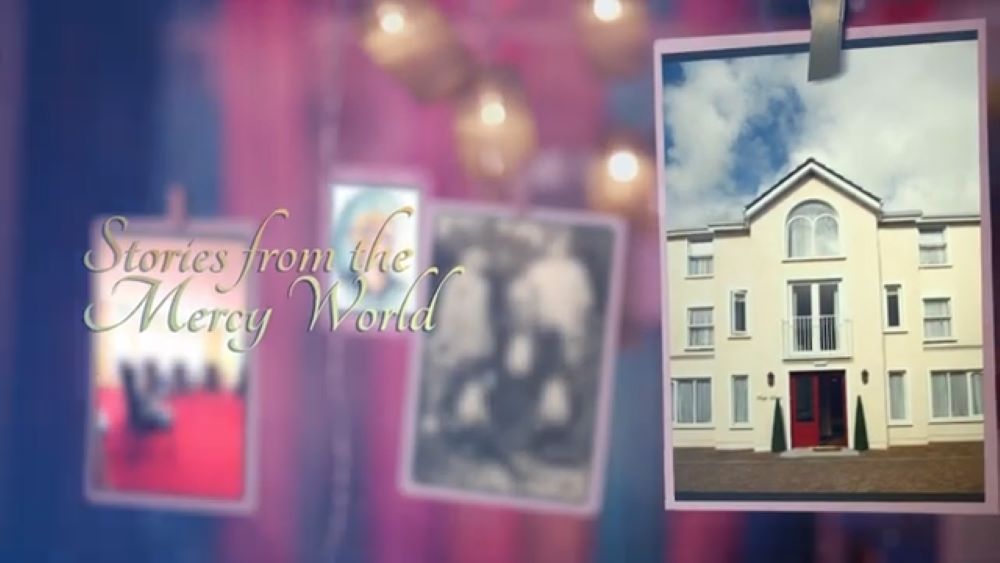 "Stories from the Mercy World" is a new communications venture of the Congregation of the Sisters of Mercy's Western Province in Ireland. In it, six Mercy Sisters tell their life stories, drawing on their various experiences as teachers, social workers, historians, doctors and counselors. These are stories of hope and perseverance in which the sisters speak about how the Mercy charism has been a touchstone for their journeys and how they embraced new ways of living their vocations in the 21st century.

The five videos include: 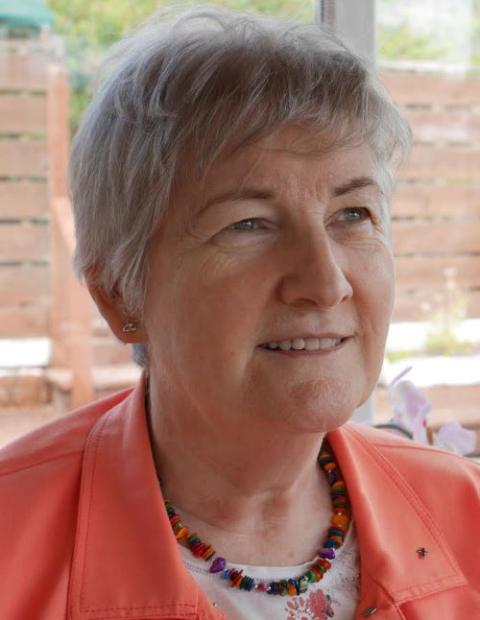 Mercy Sr. Suzanne Ryder, the community's director of communications of the Mercy Western Province Communications Group, which spearheaded and oversaw the production of the series, told Global Sisters Report that there are 415 sisters in Mercy's Western Province in Ireland and 1,509 sisters in total from the four provinces of Ireland, provinces in Kenya and South Africa, and a region in the United States, with one sister in Brazil.

Ryder said these first five stories will be followed by others, which will go into production later this year.

GSR: Where did the idea for the series came from?

Ryder: We wanted to spread the good news. We are hoping through these interviews that people will see beyond what in the past was the habit and what nowadays can be headlines. To know that we are living and caring women with good intentions and that those intentions are translated into ministry.

For me, the theme is integrity. These women really were visionary in what they did, and they did it bravely within the limited strictures of religious life of the time. It wasn't a time when religious authorities said, "Go and do whatever you think is right, and here are the resources." It was a time when everything was very narrow and still quite hierarchical because the developments that came after Vatican II still had to take place.

These sisters were pioneering. They were led by need, they saw need, and they answered need. I loved the different personalities and the different approaches to ministry. We hope that these stories will endure and will have something to say in the future, as well as now. 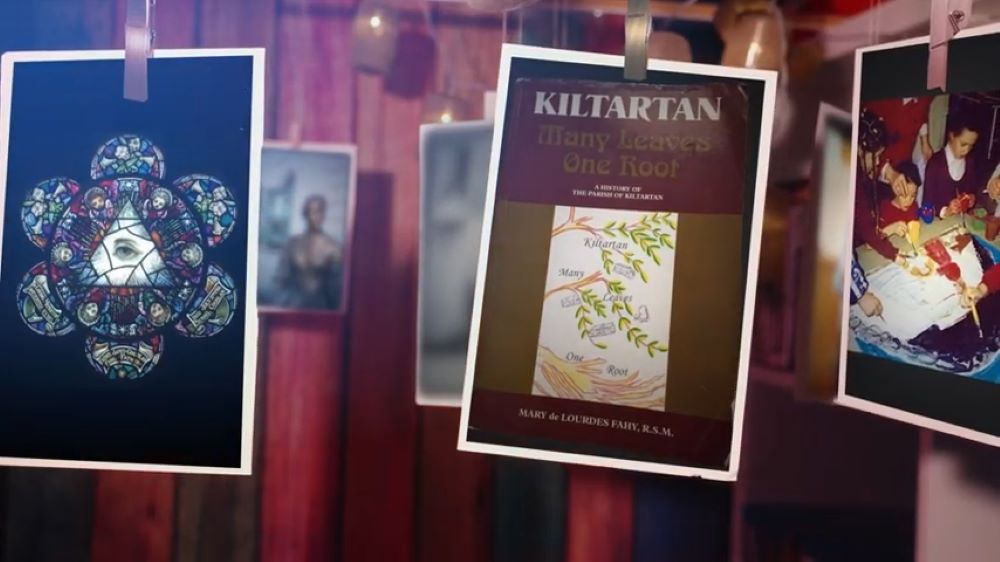 How did you decide who to include in the series?

I am part of a team of six, the Mercy Western Province Communications Group, comprising Mercy Sisters and laypeople. We wrote out a list of those we felt would be willing to take part and would have a great story to tell. The pioneering nature of their ministry touched us very much. But we also knew that it is a hard thing to speak in the public eye. We were aware that some might be shy, and we didn't want to push anybody into doing this. We wanted to respect them.

Some were shy about it and declined. Some were concerned that it might go against the strictures of the ministry in which they were involved, that it might compromise people's confidentiality.

A subcommittee of three members of the communications group worked with those who agreed to take part, preparing them ahead of the recording of the interviews and helping them to feel comfortable with the format. We told them that they could withdraw at any time, and a couple of people did withdraw. We didn't want it to be only about ministry. We wanted something of the Mercy spirit to pour forth, and I think that came through in these five interviews.

Who is the target audience?

We are hoping that people everywhere will look at these, but we also want our own sisters to look at them because there is a subtext of just being happy with ourselves as sisters. We know the public space isn't one that always welcomes Mercy Sisters, so to be able to look at these and say we are proud of ourselves is a good thing. The interview with Margaret McHale, who speaks about her ministry with marginalized Travellers, has had 1,300 views. Some of those are viewings by groups of people, so the numbers are, in fact, higher.

What is the future of the series?

We hope to do two more in May. It takes a while to produce the final piece; from filming to editing can take three months. But we certainly want to continue the series. We did it in hope, and our hope has flourished.

How does this series represent the ministry of the Mercy Sisters today?

While some of the ministries featured are continuing, the ministry of other sisters has changed completely. For example, Marian Dolan, who was a surgeon in Kenya, is now back living in Athlone in Ireland. Her ministry has changed. She is now accompanying sisters in one large community where the median age is rising and many need medical care.

Attracta Canny and Dolores Duggan's work at Hope House in Foxford, County Mayo, continues, as does Margaret McHale's ministry with the Travellers in Castlebar. Mary de Lourdes Fahy's genealogy project in south Galway is powerful, and all the children she nurtured through national and local debating competitions — she has sown seeds. So too has Máirín Ní Mhurchú, who is featured in Episode 3 talking about the nurturing of biodiversity in Killasser, County Mayo, inspired by the Genesis Farm in New Jersey.

But it is important to underline that all of our sisters are involved in ministry. We don't appreciate enough the ministry of prayer among those who are retired, and the prayer life of so many sisters toward the end of their lives is so rich. 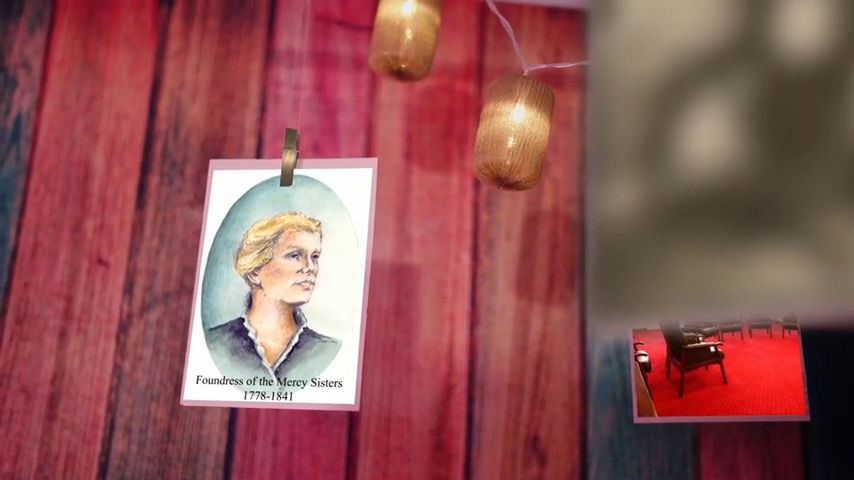 You were the brains behind this series. As the communications officer for the Mercy Sisters in the Western Province, tell me about your own ministry.

As part of my role in communications, I have been a member of Communicators for Women Religious for eight years. I am very conscious that we are one order among many. The other members of our CWR region have been very supportive of these videos. And another string to my bow is that I am on the board of Mercy International Association, which is Mercy worldwide. I'm trying to spread the good news of who we are and what we are about and what our ministries are.

I work a lot on the website and try to keep that up to date as much as possible. I collaborate with the other provinces and have also done a little video work myself, putting up short stories on the website and social media about where houses closed or where big events happened or, sometimes, an interview with a sister. But I am conscious that what I produced was the work of an amateur, and there is a question as to how long people will sit with that. This is the first time the congregation has had an external professional service doing the video work interviewing sisters.

What is your own story?

I am influenced by the story of our foundress, Catherine McAuley, who was a remarkable woman and a pioneer. She continues to inspire in different ways.

I made my first profession in 1980 and final profession in 1986. After my degree, I taught for three years in Dunmore, County Galway. I then moved to Peru for four years, which opened up my understanding of Mercy internationally through working there with many Mercy sisters from different countries.

After I came back to Ireland, I worked on our congregational justice desk. We became an international congregation in 1994, and I was appointed as the congregation's justice person, and I held that position until 2002. From there, almost by accident, I got involved in communications.

I think it is important to stress that all sisters have a story to tell, and so while we selected these five, they are five from many whose lives have taken them on remarkable journeys and who have lived stories of hope and perseverance in their chosen fields.