As the Asia-Oceania Meeting of Religious XVII wrapped up March 3 in Yangon, Myanmar, participants said they would carry with them a renewed commitment to their responsibility as eco-citizens, the message of environmental care to their congregations and beyond, and an affirmation of the meeting's importance in strengthening the work of religious in the region.

The conference's theme, "A Call for Global Ecological Conversion," used Pope Francis' encyclical "Laudato Si', on Care for Our Common Home" and his papal bull, Misericordia Vultus, which introduced the Holy Year of Mercy, as spiritual frameworks in exploring issues related to the environment and climate change.

Participants said the message of caring for the Earth, countering climate change and helping communities that global warming affects most will continue beyond the five-day Asia-Oceania Meeting of Religious, known by its acronym, AMOR.

"By doing this, we have done something for the whole Catholic church and the church in Myanmar," Sr. Margaret Maung, president of the Catholic Religious Conference of Myanmar, a Sister of Our Lady of the Missions and chairwoman of the 19-member working committee, said in an interview. "By the presentations and the table sharing and interacting, we came to know each other and the reality of the church, and that we are one with the Earth and the strengths and weaknesses of the environment and climate change."

A keynote address by Yangon Cardinal Charles Bo on the first day, Feb. 27, set the tone for the gathering of 132 participants from 21 countries. Country reports from Bangladesh, India, Korea, New Zealand and others showed the effects of climate change and pollution, as well as specific concerns, such as use of nuclear power in Japan in the wake of the 2011 Fukushima nuclear disaster.

In subsequent days, participants explored more deeply the meaning of eco-spirituality and the inherent Asian spirituality that celebrates "contemplative consciousness" and "ecological consciousness understood as awareness and sensitivity to the interconnectedness of all beings and things on Earth," as Claretian Fr. Samuel Canilang, director of the Institute for Consecrated Life in Asia, said in his presentation.

"Asians don't need anyone to tell us the environment is sacred," he said. "It is natural to us."

Not long ago, Canilang said, Asians may have felt self-conscious focusing such attention on the spirituality of the natural world, lest others accuse them of being pantheistic. But Laudato Si' is liberating Asians to speak of their relationship with nature, he said.

Moreover, the Congregation for Institutes of Consecrated Life and Societies of Apostolic Life in its document "Contemplate" reminds consecrated men and women of the call to ecological conversion, he said.

"The new relationship with the natural environment, which the congregation describes as 'relational circularity,' calls for a new spirituality, one that is ecological and contemplative," Canilang said.

Among other presentations, participants listened to best-selling Myanmar author Sayama Ju, whose novels and writings often focus on ecological themes. They heard from Caritas Myanmar about its work with ethnic populations and small farmers in encouraging sustainable crops and agricultural methods, as well as the organization's continued recovery for the thousands affected by a 2008 tropical cyclone.

They visited a government-run agricultural research center that focuses in part on the development and use of organic fertilizers and seeds.

In his homily during closing Mass, Bo said participants should not fear taking on corporate giants and governments that would harm the environment.

"You are like David," he said. "You face the Goliath of governments, cronies, business interests who would like to mutilate our Earth, our mother, our sister. But be armed with conviction."

In a follow-up interview with GSR, Bo said in urging religious women and men to take on corporate and government interests, the needs of people who live in poverty and ethnic communities caught in the middle of conflicts over natural resources have to be a key concern.

He hoped the AMOR conference would serve as inspiration for women and men religious to "be more outspoken regarding ecological issues and destruction of natural resources and deforestation, especially connected with armed groups and ethnic groups and military armed groups," he said. "More and more, we are trying to speak out, especially the religious as well as some of the bishops, for ecological justice and economic justice. These two things are linked together."

Yet amid the need for strategic planning, fundraising and other aspects of undertaking missions, he cautioned religious communities about losing their spiritual dimension and encouraged them to focus on people who live in poverty.

"Our biggest temptation today is to become an NGO," he said in his homily, underlining Francis' message for all religious "to return to simplicity."

Many participants took heart particularly that the conference was in Myanmar, itself a country emerging from 60 years of military rule and isolation.

"We are coming from the area where we had war for many years and always feeling like we were the people who suffered," said Sr. Christa Mariathas of the Holy Family province in Sri Lanka, a country that endured a 25-year civil war that ended in 2009. "Sometimes we become furious because we didn't have opportunities, but [Myanmar] is opening once again to be with other countries. We feel that we are the same and we can come out of our boundaries just to embrace all nature."

Several sisters told GSR that they were going to adopt practical means of furthering the recycling and ecological efforts of their communities.

Sr. Angelina Ng, a contemplative Carmelite nun from Singapore, said her community has been doing a renovation project, and workers have strewn trash around the worksite. She said she would get recycling bins and start recycling materials from the site.

Others mentioned expanding gardens, using more organic fertilizers and undertaking more awareness-building at parishes and schools on the need to reduce, reuse and recycle.

Many say the meeting was important not only for the ecological message but for the opportunity to connect with women religious from other countries.

She said she plans to tell her sisters to be more aware of ecological sensitivities and raise awareness with those they work with.

"I also like the connection between contemplation, communion and mission," which was a focus of the meeting, she said.

"When you contemplate, you are one with God, and you feel God's love for oneself, and you can see the love of God is present in nature," she said. "When you have deeper communion with God, you can have deeper communion with self, with another and with nature. And then it links to mission to do something to care for others and do something to care for our Earth."

AMOR began in 1972 as a forum for women religious in Asia to meet every two to four years to focus on particular themes. This year, men for the first time were invited to attend, as a recognition of the broadness of the topic. Women religious will continue to organize AMOR, but men will continue to be invited to participate in future sessions. The next gathering will be in Indonesia or Bangladesh in 2021.

Sisters from different congregations and countries networked during meals and tea breaks. During an evening of entertainment, some performed impromptu songs from their countries, and all sang a united rendition of "Lord, We Thank You" in English.

The event and the participation pleased AMOR organizers.

"We became close with each other and shared how we are doing with our ministries, to share resources, share materials and whatever we come across in congregations," Maung told GSR.

Sr. Eden Panganiban, one of the event's facilitators, said she hadn't participated in previous AMOR gatherings and said she found the networking and interaction valuable. Yet follow-through is important so connections continue, she said.

"Part of the reawakening or rebirth would be that AMOR is to really take up a mission for Asia-Pacific on how consecrated women with the support of men could be a voice in the region," she said. "AMOR would have its own particular mission for that and become even a prophetic voice within the church structure."

A statement summarizing the theme and goals of the meeting was drafted and discussed. Participants received this version March 5: 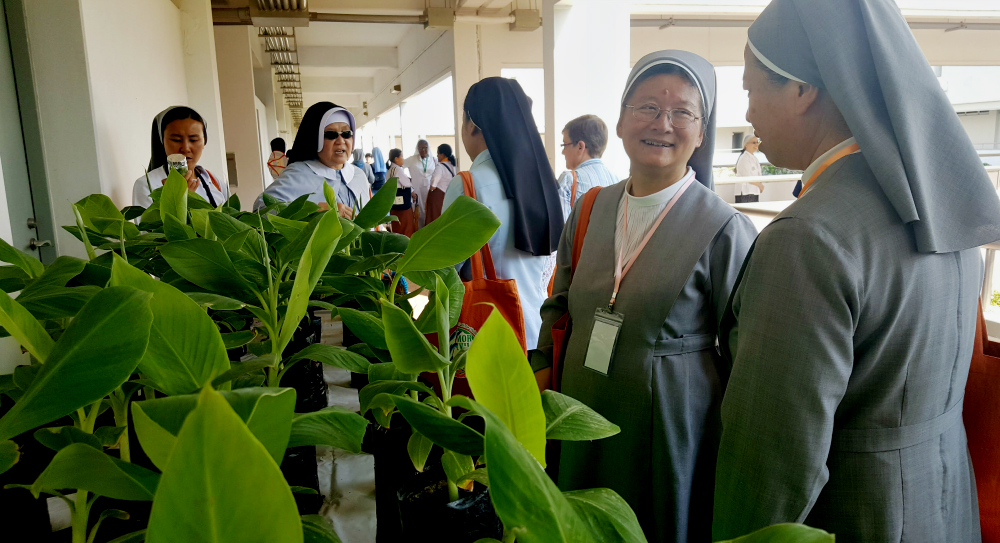 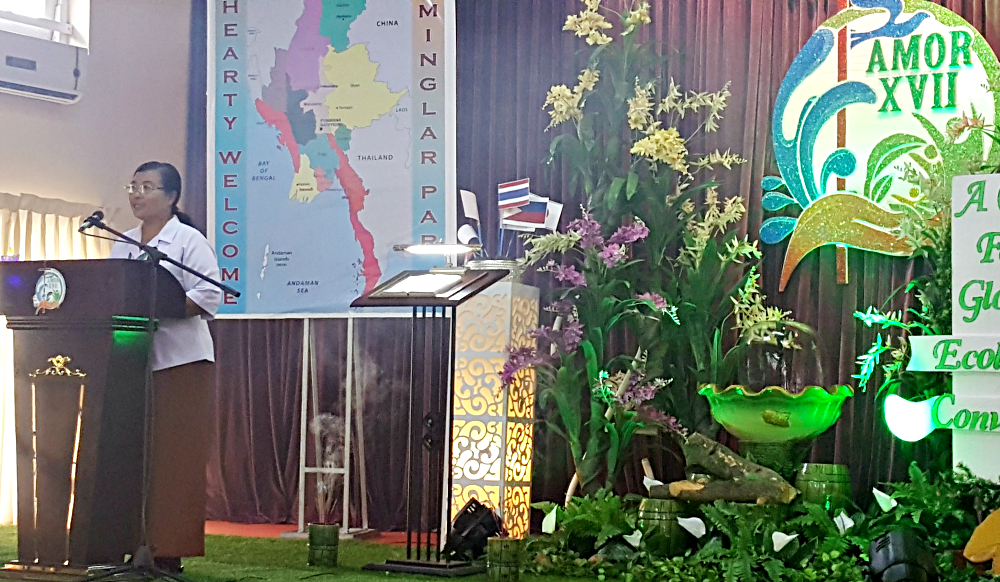 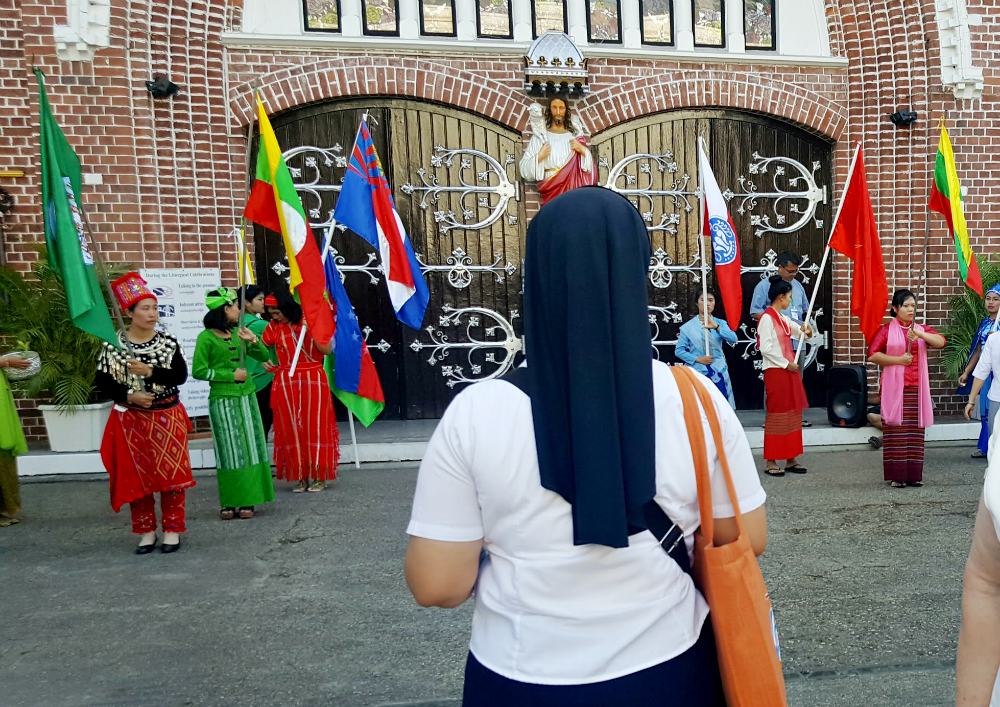 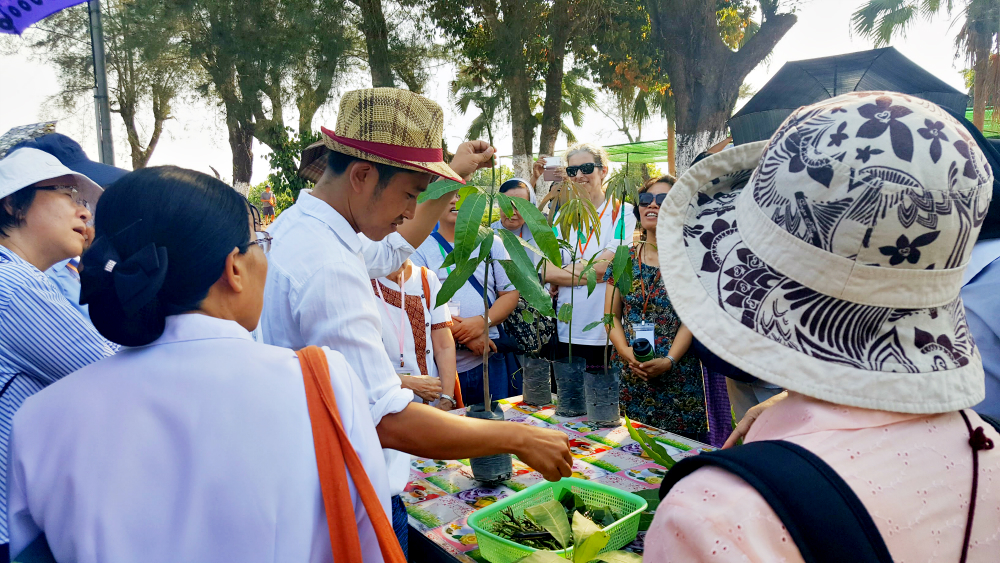 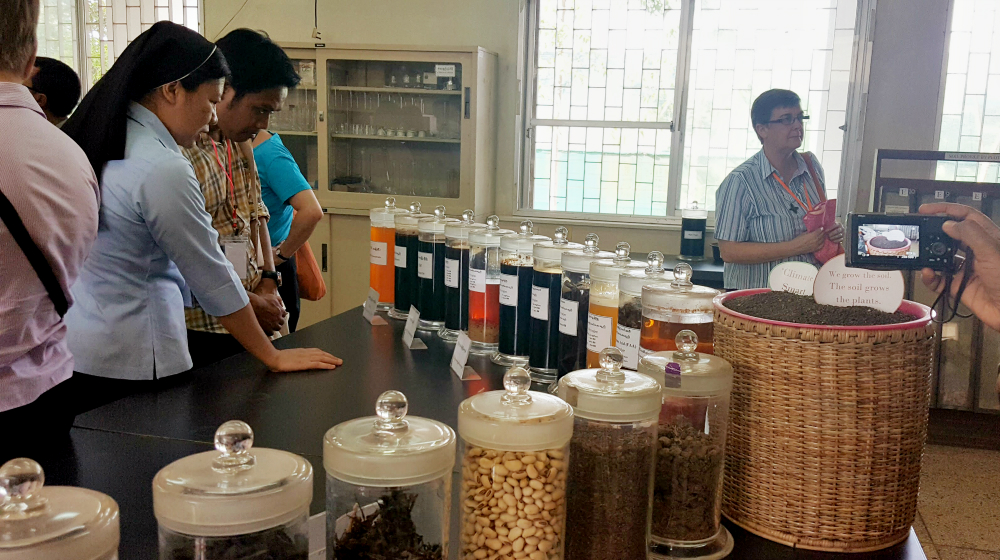 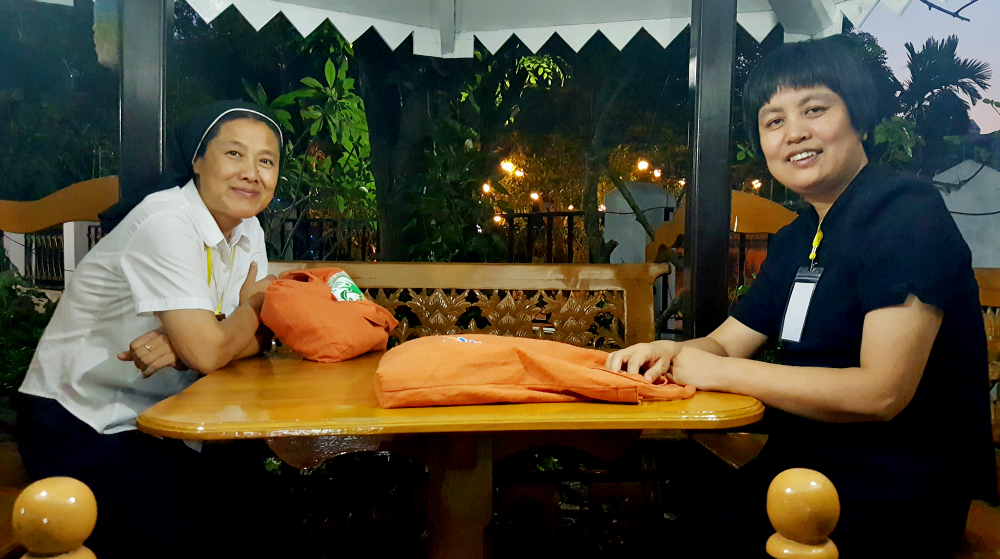 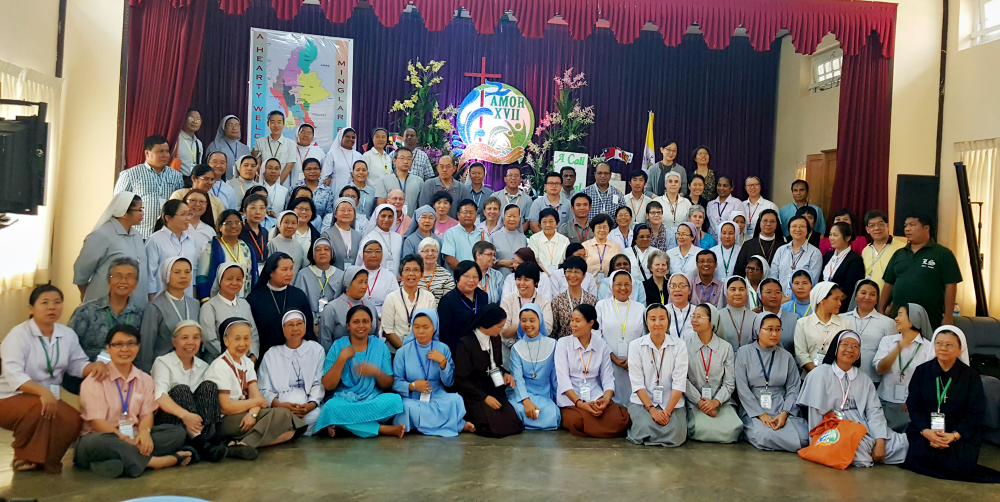