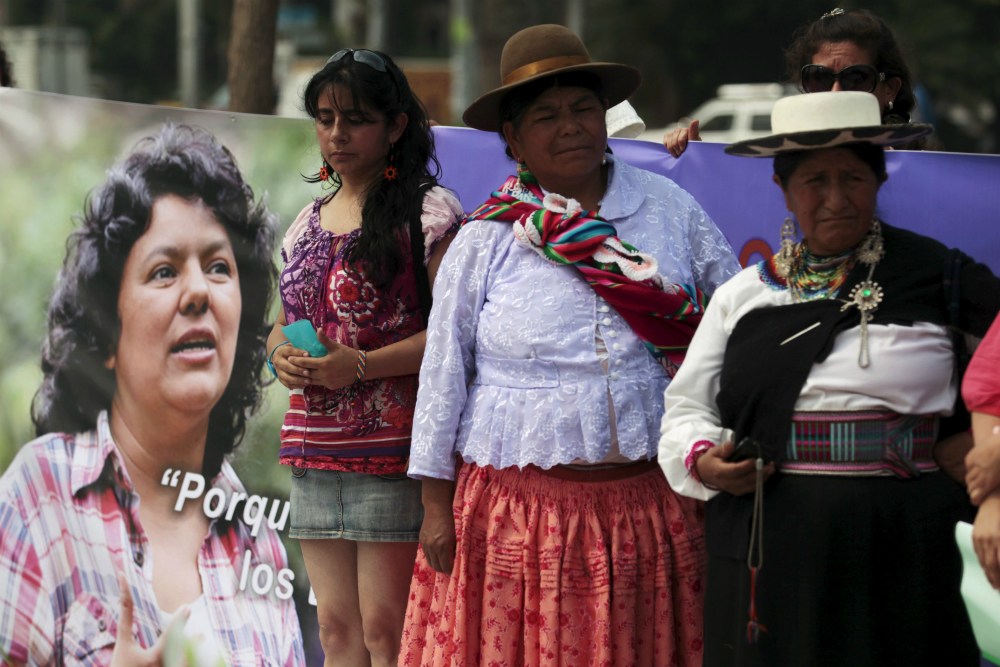 Each February, Notre Dame de Namur University remembers its most famous alumna: Dorothy Stang, a Notre Dame sister and environmental activist who was shot to death February 12, 2005, in the town of Anapu in the Brazilian rain forest.

This year, the commemoration on the Belmont, California, campus had fresh grief to process.

Along with Stang, the candlelight vigil on Thursday honored another slain eco-defender: Berta Caceres, a Honduran indigenous rights activist and the 2015 Goldman Environmental Prize recipient who was murdered last March.

Roughly 75 people endured a rainy evening to attend the vigil in Cunningham Memorial Chapel, sponsored by the school's Dorothy Stang Center. Among the attendees was Caceres' nephew Silvio Carrillo.

"Berta was strong-willed, fearless and like a sister to me," he told NCR in an interview prior to the vigil.

Carrillo, who is two years younger than his aunt, traveled back and forth from his home in Washington D.C. to La Esperanza, Honduras, during his youth. His own parents had fled the country after participating in protests against the military.