Planting tulips can get you arrested when the site of your future garden is considered prime real estate by an energy company looking to build a $700 million fracked gas power plant on it.

Mercy Sr. Mary Pendergast knew the odds of engaging in her symbolic action, but she did it anyway. "I'm following the directive of Pope Francis to put our lives on the line for care of the Earth," Pendergast explained in a statement.

Pendergast was among five activists who were arrested for their tulip-driven civil disobedience in December 2015 in Burrillville, Rhode Island. They were handcuffed and charged with misdemeanor trespassing. Another activist group, Fighting Against Natural Gas (FANG) paid their bail.

After appearing before a judge and being told to stay off of Spectra Energy property, the protesters each paid a $93 court fee and were warned that disobeying would lead to their having records and bigger fines, Pendergast said in an email.

"The Sisters of Mercy supported my decision to perform civil disobedience, so we shall have to see what happens next," she said. "At least I know I won't be fired."

The women were protesting Spectra Energy's proposed plans to build a new methane gas power plant compressor station. The arrests took place during a march and rally outside of Spectra's property.

Protesters from 11 states opposed to the expansion were in attendance, according to RIFuture.org. Rhode Island Public Radio reported that the upgrade is part of a pipeline expansion to bring more natural gas to New York, Connecticut, Massachusetts and Rhode Island, as well as to Nova Scotia for shipment to European and Asian markets.

Residents have been fighting Spectra's environmental encroachment since the 1980s, filing lawsuits before the plant was approved and neighborhoods were bulldozed to clear the way, Pendergast said.

A retired Montessori teacher who now serves as the ecology director for the Sisters of Mercy's Northeast Community, Pendergast still remembers the bruises left on her wrists by police handcuffs.

After International Women's Day in March, and with Earth Day approaching April 22, it seems timely to shine a spotlight encircling not only the plucky 69-year-old Pendergast, but two more heroic environmental activists — Milwaukee author and activist Margaret Swedish and Halifax Charity Sr. Maureen Wild, an international retreat presenter and ardent foe of the tar sands operations in Alberta, Canada.

Both Pendergast and Swedish have toured the tar sands sites with Wild, who has been leading fact-finding trips and flyovers since 2009.

"I call them Athabasca River Pilgrimages to convey this deeper dimension of 'being with' the river in its journey at various stages," she said. "It helps relate in a more personal way to this amazing river. In a sense it is the spiritual life-thread from its source to where it meets industry and especially the tar [oil] sands industries."

Wild also collaborates with the organization Save Our Shores Gabriola Action Group, which works to prevent the expansion of existing Kinder Morgan pipelines in addition to proposed ones sponsored by Enbridge. Both would go through parts of Alberta to the west coast of British Columbia, she said.

Wild added that she is working on a book-writing project with Celina Harpe, a Cree-Chipewyan elder in northeastern Alberta. Harpe shares her memories of what it was like to live "in a self-sustaining, balanced way with the many gifts of nature in their tribal lands — stories of picking blueberries in abundance, fishing from the river, hunting as needed," Wild said.

But Wild said that after the last several decades of strip-mining and pollution from the tar sands industry, "Celina tells her that, 'Everything has changed; everything is ruined.'"

Wild's ministry is her way of honoring the new cosmology, "which calls us to re-examine what it means to be Christian in relationship to all creation," she says on her website, Pax Gaia.

What they witnessed was "the rape of the Earth," in Pendergast's words.

"I smelled the industry, newly paved asphalt, and felt the sense of dread in my body, something similar to what Pope Francis refers to when he says we should feel the pain of Earth in our own bodies," she told GSR.

On her Ecological Hope website, Swedish writes that her heart was "broken open" by seeing "one of the most destructive industrial projects on the face of the Earth."

"We encounter our first contradiction between Nature and industrial society" on the very first morning, she writes. "Across this river, a mountain is being dismantled for industrial use, mostly road construction. The placard reads: 'These mountains are moving! They're being turned into products ...' A perfectly apt description of what the human economy is doing to Mother Earth. Worst thing, they are so proud of it!"

Swedish's accompanying photographs of the still-untouched areas that are designated for future destruction reveal "the beauty — stunning, stark, magnificent."

Her visit with Harpe revealed what the industry has done to human beings, too. Swedish writes, "Celina's house sits right on the river. They used to bring buckets to collect water for drinking and washing. Now they drink bottled water only, and taking a hot shower for more than a few minutes causes rashes and sores. She showed me her scarred hands and arms."

Swedish has been an activist for most of her life, participating in both the civil rights and anti-war movements. She served as director for the Religious Task Force on Central America and Mexico from 1981 until 2004.

Since 2004, Swedish has devoted her time to writing, speaking, teaching and activism, honing on the threats of pipeline networks and oil tanker trains that connect the Upper Midwest and Great Lakes regions directly with the tar sands industrial sites. In Milwaukee, her hometown, "the pipeline scourge is not ... the Keystone and TransCanada, but Enbridge," she said in an email.

How do they continue to stay the course? Pendergast responds that she has to face the temptation to lose heart almost every day. "I worry about the future for the children of all species. I fear it is already too late to keep global warming at two degrees, and I am quite sure that number is way too high."

But most days, she reflects, "I am still excited to roll my sleeves up and do whatever comes before me. The alternative, to just let it all go down without my involvement, is just not possible. I love this life."

For Swedish, community is the way through. "People can feel isolated and alone dealing with the big picture. But to see this work as a great project of healing our relations with other living beings, with one another for the sake of future generations and to see us doing that together as communities — it begins to sound less like sacrifice and more like a reason to get out of bed in the morning."

She thinks that more people are beginning to get worried about the planet, but "they don't get reached." How to reach them? "Every possible way, including social media."

She encourages GSR readers to "begin courting our churches with determination and persistence, urging them to become messengers regarding the plight of the planet."

She stressed that it needs to be done in a way that informs "but does not blame those we are trying to reach." The world came to its planetary crisis over many generations without knowing the ultimate impacts, she noted.

"Most of us did not choose to wreck the world. Sometimes I think progressive folks can be too harsh and judgmental."

*An earlier version of this story gave an incorrect year.

[Sharon Abercrombie is a frequent contributor to Eco Catholic, NCRonline.org's blog that focuses on environmental issues.] 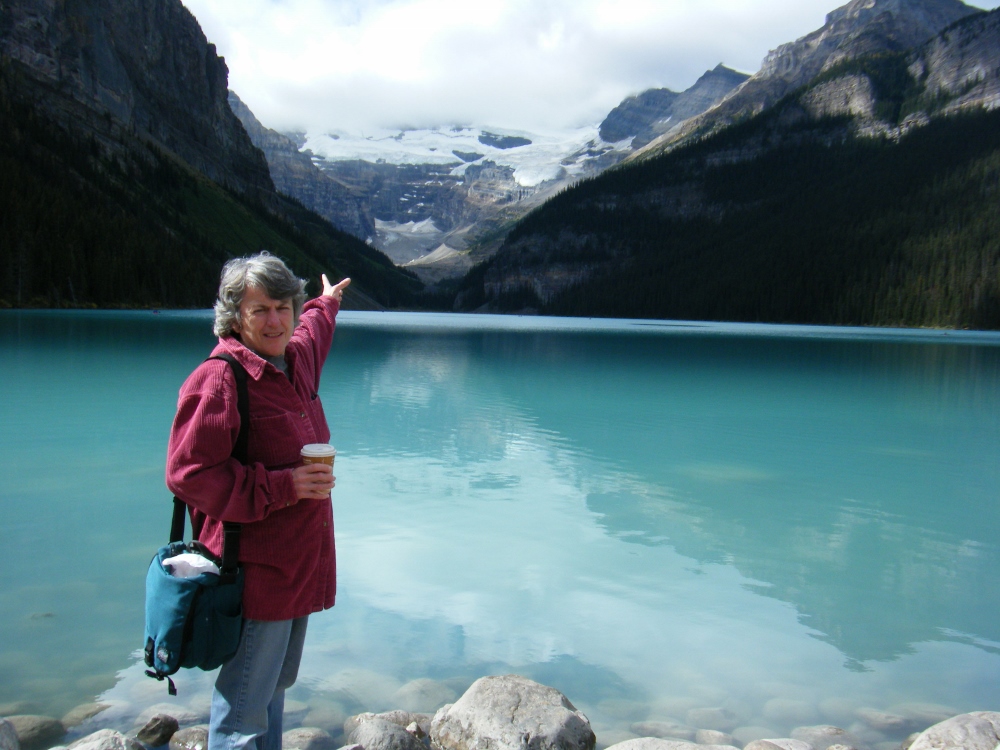 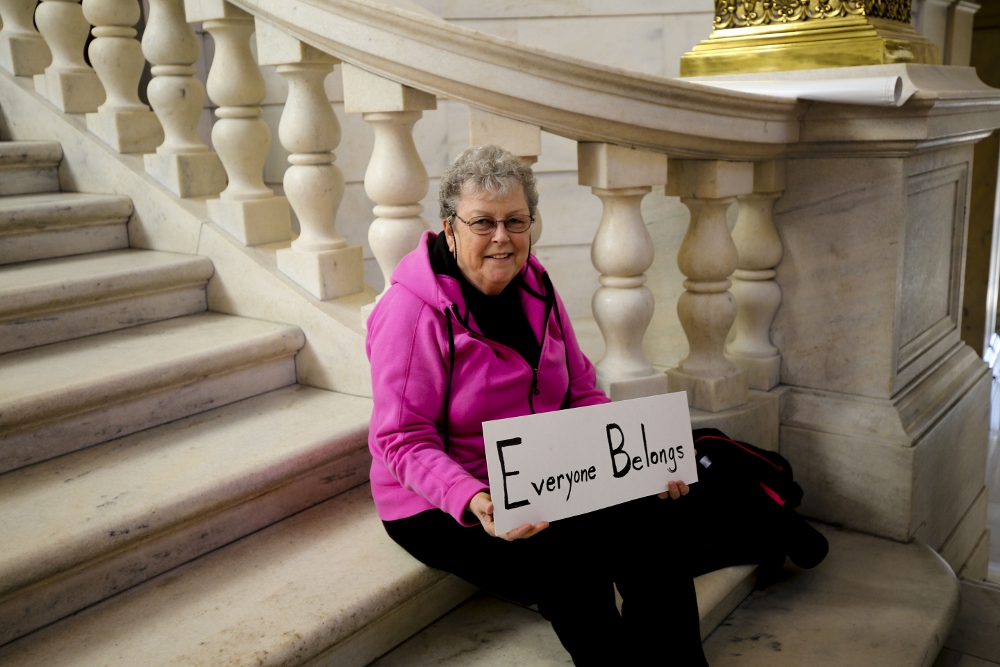 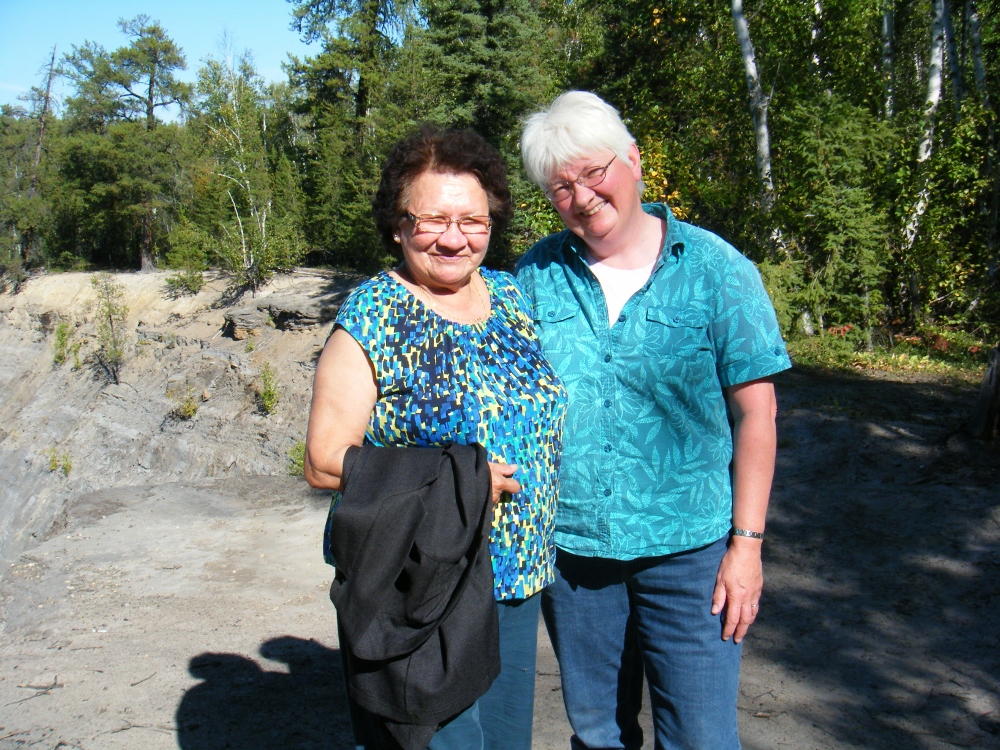