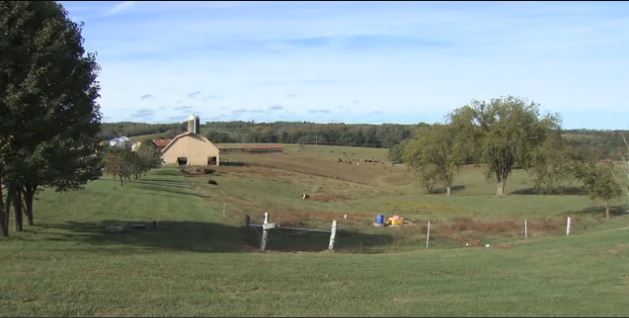 St. Catharine, Kentucky — The tobacco farms, hay fields and rolling knobs of central Kentucky mark the landscape that inspires much of the work of award-winning poet, fiction writer and essayist Wendell Berry.

Berry describes the solace he derives from this land in one of his most famous poems, "The Peace of Wild Things":

When despair for the world grows in me
and I wake in the night at the least sound
in fear of what my life and my children's lives may be,
I go and lie down where the wood drake
rests in his beauty on the water, and the great heron feeds.
I come into the peace of wild things …

The Berry family has lived in these parts for nine generations. While pursuing a prolific writing career, Berry never stopped caring for the land of his ancestors. Now, the 81-year-old writer wants to pass on his family's farming legacy to a new generation. He decided against teaming up with a large university agricultural program, and instead selected a small Catholic liberal arts college about an hour's drive from Louisville, run by the Dominican Sisters of Peace.

"It's probably the most unlikely place that the Berry Farming Program could have ended up," says Sr. Claire McGowan, an environmental activist and member of the Dominican Sisters of Peace. "We're so small, so rural. We're not famous, but those are the characteristics the Berry family appreciates and promotes."

The sisters have been part of this community since 1822, teaching — and farming — on their own 550-acre stretch of land. That impressed Wendell Berry's daughter, Mary.

Those four pillars include prayer, study, ministry and community. "The Berry Farming Program really maximizes each of those," McGowan says.

Berry, whose writings often explore the connection between the natural world and the human spirit, proved a good fit for the sisters too.

"Wendell Berry is a deeply soulful man," McGowan says. "He lives his life out of deep spiritual convictions and always has, and has a simplicity and a love for everything that's wild, everything that's natural, and at the same time for people, particularly simple people who are trying to build a relationship with the natural world."

The Berry Farming Program offers an interdisciplinary approach to agriculture, combining fieldwork with philosophy and studies in agricultural science and agribusiness with classes on literature, history and culture.

"In our thinking we often have silos," says the program's coordinator, Leah Bayens. "Agricultural economics [is] one area. Agricultural production is another area, another silo. Community leadership, that's another silo. So when Wendell says things like, 'You can't take the culture out of agriculture,' ultimately what I think he means is you can't take the heart out of agriculture, you can't minimize it into an equation or minimize it into one particular scientific study."

For Berry, the heart of agriculture springs from a spiritual kinship with the land.

"I believe the world and our life in it are conditional gifts. You have to take good care of it. You have to love it," he told Bill Moyers in a rare interview he gave three years ago at the opening of the Berry Center. 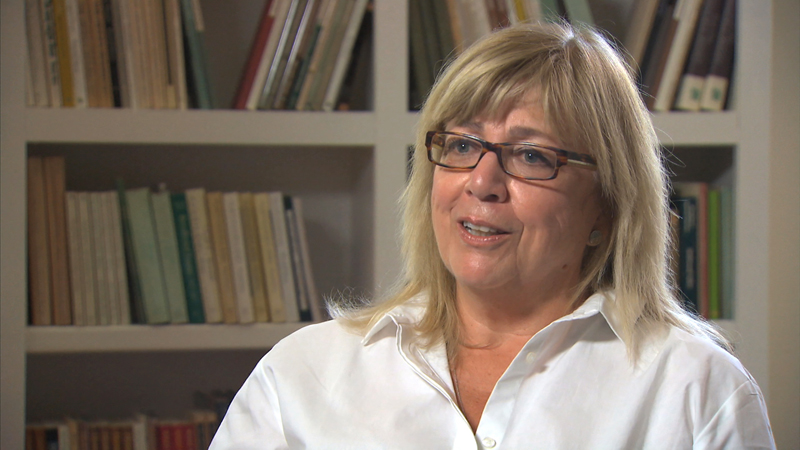 Bayens says, "That kind of reframing of agricultural production and the human place in that system is radical, because what it does is make an ethical and spiritual relationship to land stewardship the center point, not something on the periphery."

It's a belief Berry laid out in a 2012 essay he wrote called "It All Turns on Affection" when he received a medal from the National Endowment for the Humanities for his lifetime of work.

"Wendell has written that the care of the earth is our most ancient and most worthy, and most pleasing responsibility. To have a sense of affection for one another and nonliving beings, that's what we're trying to instill as a goal for our students," Bayens says.

Instruction on soil stewardship is a major part of the Berry program, as are classes like the one in eco-spirituality, taught by religious studies professor Matt Branstetter.

"Wendell is also a poet, so he's really great at bringing out the spirituality of what would otherwise seem like very simple, mundane tasks, but looked upon with the right attitude, they're kind of living mysticism," Branstetter says.

"I consider myself a person who takes the gospels seriously," Berry told Moyers in the interview. "A lot of my writing, when it hasn't been in defense of precious things, it's been giving thanks for precious things."

Mary Berry says she hopes the program will help curb the trend over the past century toward ever-bigger industrial farms.

"I can't think of much that's right about farming in America right now. If anything was working very well we'd have more people farming. We have three-quarters of 1 percent of the population farming now," she says.

The Berrys hope to encourage young farmers to grow products for local markets on midsized parcels of land that don't depend heavily on chemical fertilizers and herbicides.

"I heard Daddy say recently that big agriculture, industrial agriculture is in its death throes. It's brain-dead and it's just thrashing around now. I think he's right," Mary Berry says. 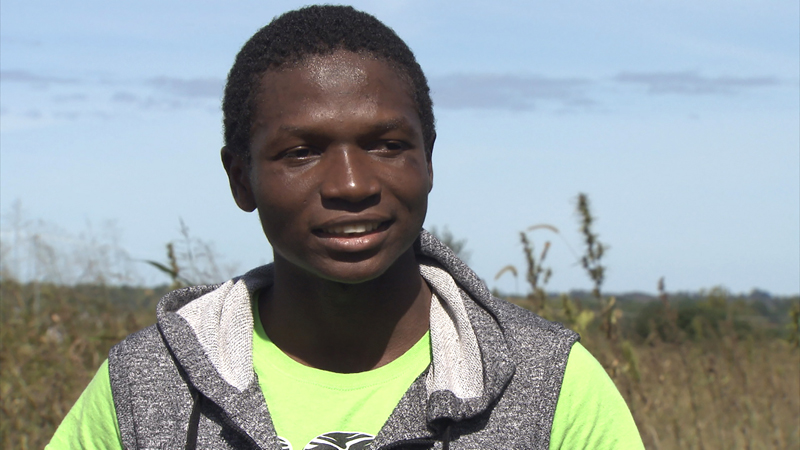 In a part of the country where farming income once depended on tobacco — a crop in severe decline — Berry program students are researching ways farmers can diversify and still practice soil conservation. On a 15-acre research farm near the college, the students are participating in a government-sponsored program that grows a type of hemp used in making clothing fiber.

"I want the students to realize that soil is part of the whole. It's an eco-system," says Shawn Lucas, who teaches soil science. "I mean, the soil is not just dirt; it's minerals, organic materials, living roots, living micro-organisms, and the more diversity you can get into that system the healthier it's going to be."

The farming program has grown from just one student two years ago to 25 now. The students come from urban and farm areas, and from as far off as India and Nepal.

Student Sie Tioye plans to return eventually to his family's grain farm in Burkina Faso, in West Africa. "I think the most attractive thing about the farming program is that it teaches you how to make a productive farming system using very basic techniques. I think that's something that's very practical for my country," he says.

Rachel Mendoza, another of the students, is interested in urban farming. "I was raised with a very sustainable lifestyle as far as growing our own food and I was very interested in how I could do this in an urban setting. I'm particularly attracted to meeting the needs of underserved people in our urban communities."

Before enrolling in the program, many of the students had never read Berry's poems, stories and essays on farming, but they can now quote chapter and verse.

"I always love this one quote [of Berry's]: 'What I stand for is what I stand on,'" says Winnie Cheuvront. "We all walk on this earth. Why are we not taking care of it? And that's something he tries to convey in his writings, so that we all can get a passion for the earth and for what we do in everyday life."

"He writes in a way that you're sitting on the front porch at the farm with him," adds student Shelby Floyd. "He stresses the fact that it is humans that this earth is feeding. It is our responsibility to take care of it. We have to take care of our mother that is the ultimate source of life."

Mary Berry says she's thrilled that many of the students want to farm in communities where they were raised. She half-jokingly says the farming center offers degrees in "homecoming."

"It doesn't mean people have to go to the place that they were born," she says. "The concept of homecoming, I think, is simply to take root someplace, and care about a place, not just for a short amount of time, but forever."

It's a point her father often makes. "The important thing is to learn everything you can about a place, then make common cause with that place, set a good example," he told Moyers.

Mary Berry says the family wants to re-create the kind of supportive agricultural community that it benefited from through generations of farming.

"We were surrounded by neighbors and friends and family who had known the farm we bought, so they understood, they knew the mistakes we might make. They'd seen them made. They could advise us. They could give us what no college program could give us," she says.

The St. Catharine's program, she says, is the next best thing for passing on "what we just had handed to us."

Kentucky farm rooted in mission of Dominican Sisters of Peace

Evolution is our fundamental reality