Little hands shoot up. They know the alpaca's fur is used to make hats, purses and other garments. Knowing that the kids are perhaps a little shy about bringing it up, Weyker volunteers that the animals also make fertilizer.

"That's a fancy word for us using their poop to help plants grow," she said.

It's spring camp at the Eco-Justice Center in Racine, and Weyker, a Racine Dominican, is part of a growing network of women religious working to save the planet. Founded in 2004 after four years of discussion and planning, the center is one of 50 such places created by religious orders around the country, by sisters who see the ecological crisis as the most critical issue of our time. Sarah McFarland Taylor, an associate professor religion who also teaches environmental policy, wrote a book about the sisters and dubbed them the Green Sisters.

"They continue to amaze and inspire me," Taylor said in an email to Global Sisters Report. "They represent the best of the church and embody the kind of green civic engagement that is a model both domestically and abroad for the kind of spiritual and ethical shift that will lead us into a more sustainable and just future."

Genesis Farm in New Jersey was probably the first center, founded in 1980 by the Dominican Sisters of Caldwell, New Jersey. Sr. Miriam MacGillis, one of the six founders of the farm, said she and others around the country were greatly influenced by the "ecospirituality" teachings of Thomas Berry, a Passionist priest who died in 2009. Berry taught, lectured and wrote extensively on humankind's role in the cosmos and the need to save nature in order to save itself.

"This new cosmology had a profound effect on all of us," MacGillis said. "It was very new thinking."

Each of the centers has a somewhat different mission. At Genesis Farm, the emphasis is on adult residential courses in earth literacy that are accredited for graduate study.

"A good number of those from other orders came here to study," MacGillis said.

The center in Racine has offered a variety of programs since its founding in 2004. Weyker visited Genesis Farm before her community formed the Eco-Justice Center and received certification through distance learning at St. Mary-of-the-Woods College in Terre Haute, Indiana. She also visited several other centers and borrowed ideas — for example, how one community focused on adult environmental education, another on education of children — and methods.

The 15-acre farm contains woodland, wetland and pasture, where the sisters raise most of the vegetables they eat. A variety of animals — honey bees, guinea fowl, chickens, rabbits, goats and alpaca — also call the farm home.

Weyker said her order bought the farm after nearly two years of discernment; when consensus was reached, the farm was established as part of the order's mission. The sisters also have a ministry in Racine that includes the Siena Retreat Center and a strong commitment to justice, peace and fighting racism.

"Not everyone was really excited about acquiring more land as our order was getting smaller," she said, adding that the argument that Earth is in crisis won the day.

The land came with a still-serviceable barn built in 1889; the farmhouse where four sisters live was built in 1912 but remodeled before they moved in. The most recent additions are the small, two-story education center that rests on the foundation of an 1858 log cabin and a tree house that rises from an area where the goats are penned. From that vantage, children can scan the landscape through a window that was once part of a school bus. The women also had a wind turbine built and put up solar panels for electricity; they have a geo heating and cooling system.

The farm residents are mostly vegetarian and grow much of their own food. The farming efforts have been successful, and the sisters share their surplus produce with Racine residents who live in neighborhoods where access to fresh vegetables is scant. This year, a college intern will work with three high school students on the farm, cultivating the crops, marketing them and teaching others how they, too, can grow food on small city plots.

In addition to leading classes for children, the group holds classes and seminars for the larger community on topics that include raised-bed gardening and mending socks.

Allison Thielen, a laywoman hired last year as the center's director, said the women often think of new ways to express their mission of caring for the Earth and teaching members of the public simple ways to do it. She noted that during a brainstorming session last year, Weyker recalled that years ago, she and other novices would spend their evenings darning socks and mending the habits the sisters wore at the time.

Mending, she said, was more than a forgotten skill, a frugal pastime: It was also a social time that reinforced the center's mission. The sisters plan annual sessions for anyone who wants to learn how to mend.

"We talk about the R's in everything we do," Thielen said. "Reuse, reduce, recycle, repair, rethink, respect, reverence, responsibility."

The women religious in communities like Racine's were overjoyed by the release of Laudato Si', the revolutionary encyclical penned by Pope Francis. Weyker said her community has been invited by a number of parishes to lead discussions on the encyclical, and they view the opportunity as a great blessing.

Christin Tomy, 28, is a Sinsinawan Dominican novice from Iowa who lives at the Eco-Justice Center and coordinates the area youth farm corps program.

"I came here after working with the materially poor in South America," Tomy said. "I believe the environmental issues are the most pressing of our time."

The center and the farm are a way of bringing others into the mission of the sisters, Tomy said.

"It seems that there has been a rediscovery of all vocations," said Tomy, who also writes for Global Sisters Report. "Every vocation is a holy one. We all have a mission and role in the kingdom. Our smaller numbers give us the freedom to be facilitators, to bring in the expert beekeeper. We all pray together."

The work of the Green Sisters has not always been well-received within the church. In some corners, the women were accused of pantheism; in 1993, Pope John Paul II condemned "nature worship" by feminist Catholic groups in the United States.

Sr. Betty Daugherty was one of the founders 20 years ago of Prairiewoods, a Franciscan Spirituality Center in Hiawatha, Iowa, a ministry of the Franciscan Sisters of Perpetual Adoration based in LaCrosse, Wisconsin. The early critics misunderstood the movement, she said.

"Our mission is to help people find ways to live their lives in a more spiritual context," Daugherty said, adding that Berry's ecospirituality and especially Pope Francis' encyclical are a natural fit for her order and its roots in the teachings of St. Francis.

"We're doing a lot of discussion in the larger community about the encyclical," Daugherty said. "It really is a promotion of our mission, and we love it."

[Marie Rohde is a freelance writer in Milwaukee and a frequent contributor to National Catholic Reporter.]

Editor's note: An earlier version of this story stated that the sisters share produce with Milwaukee residents. They share their surplus with residents of Racine. 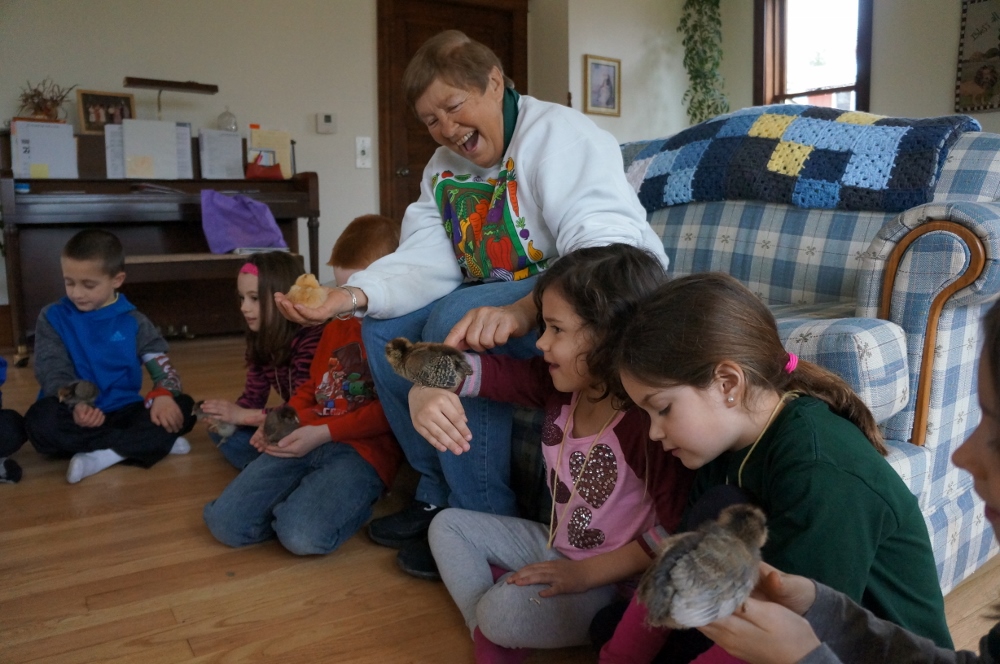 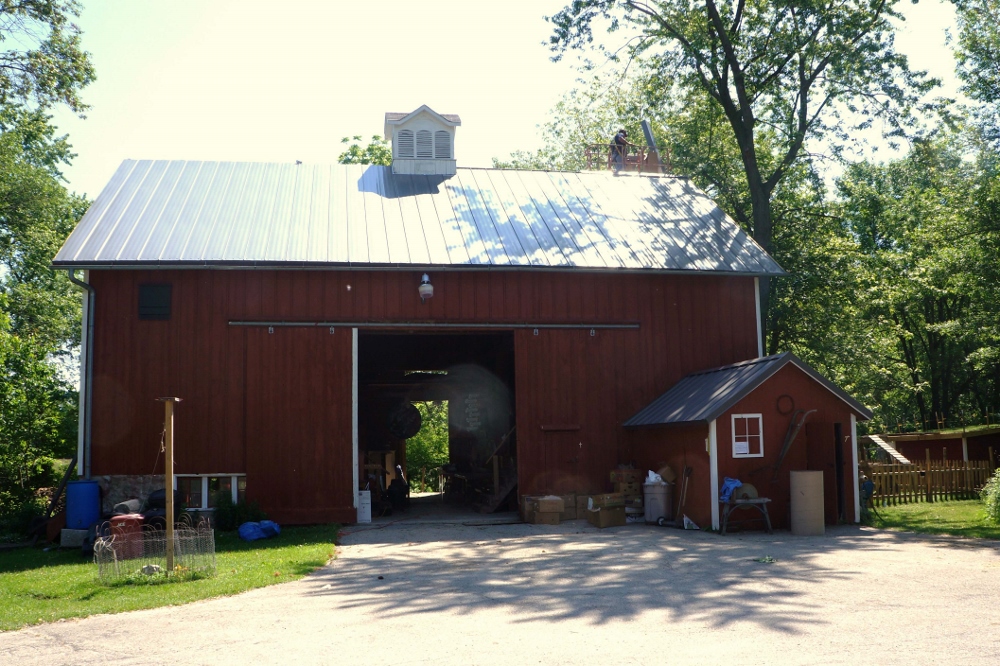 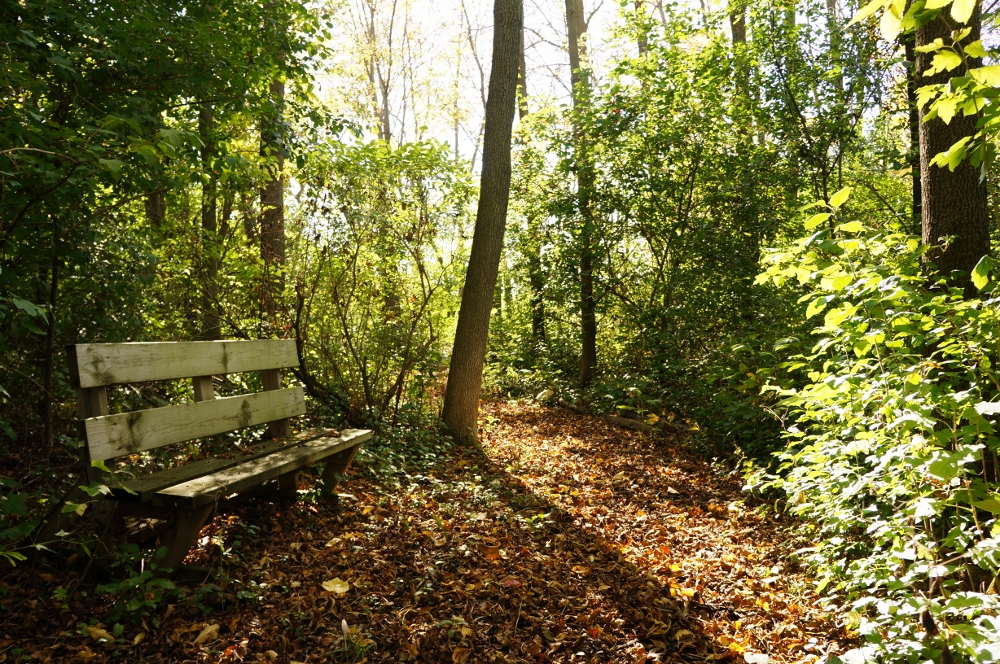 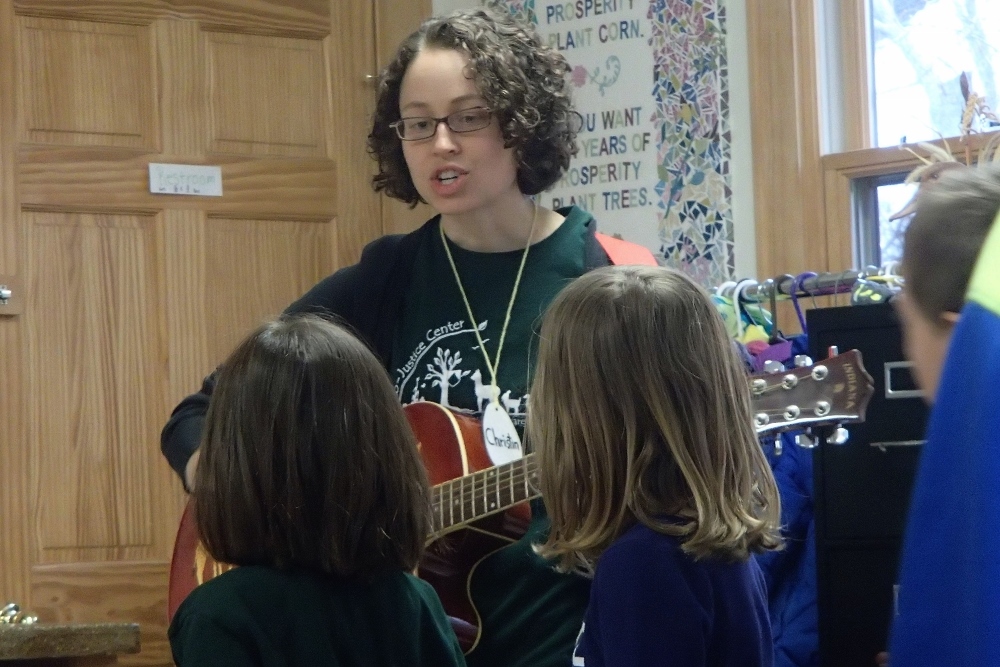 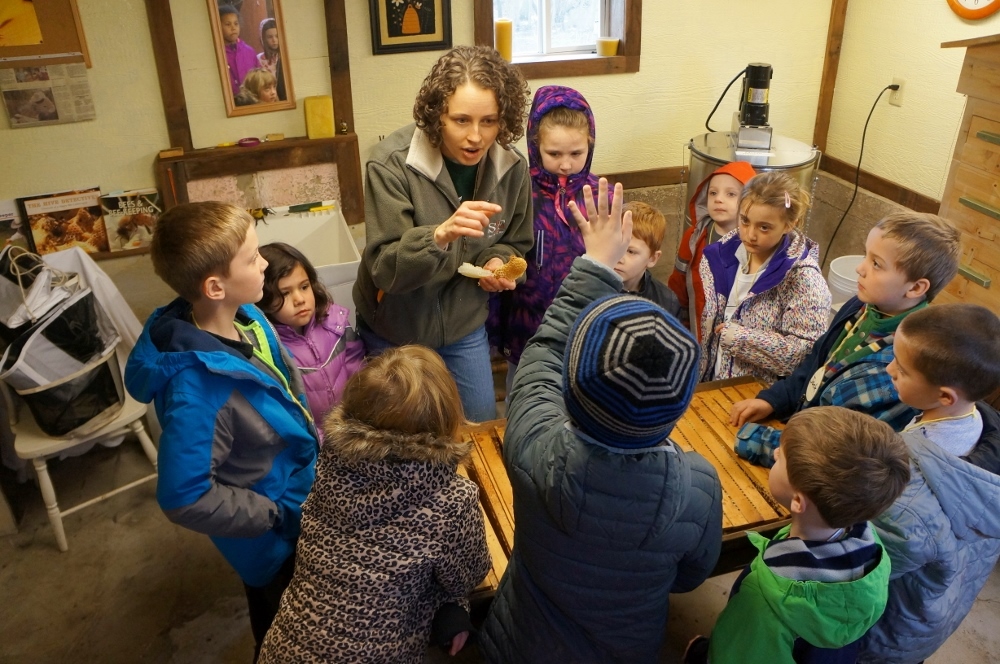 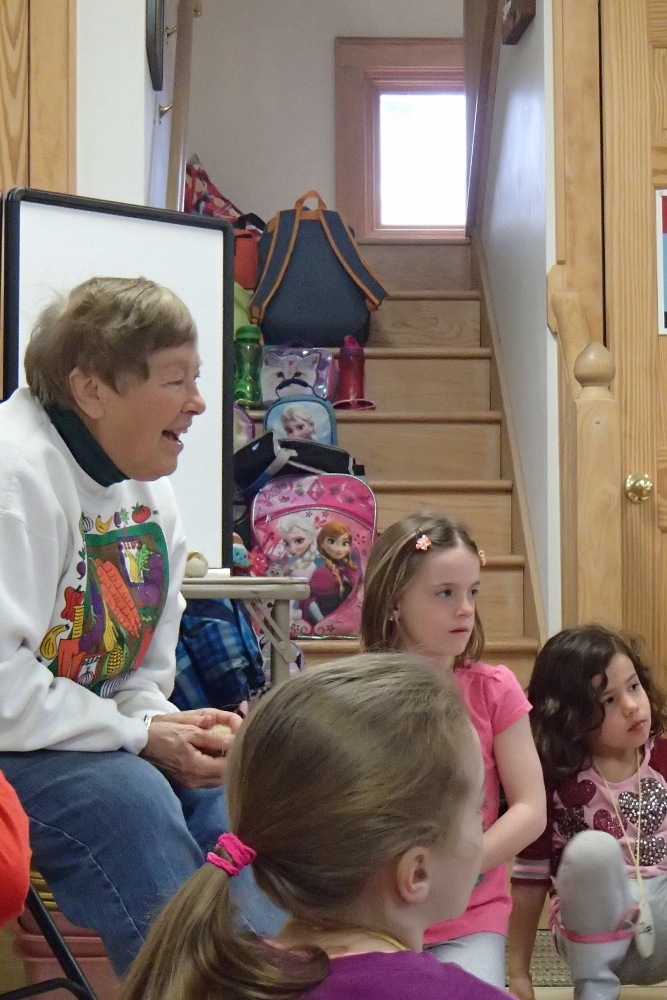 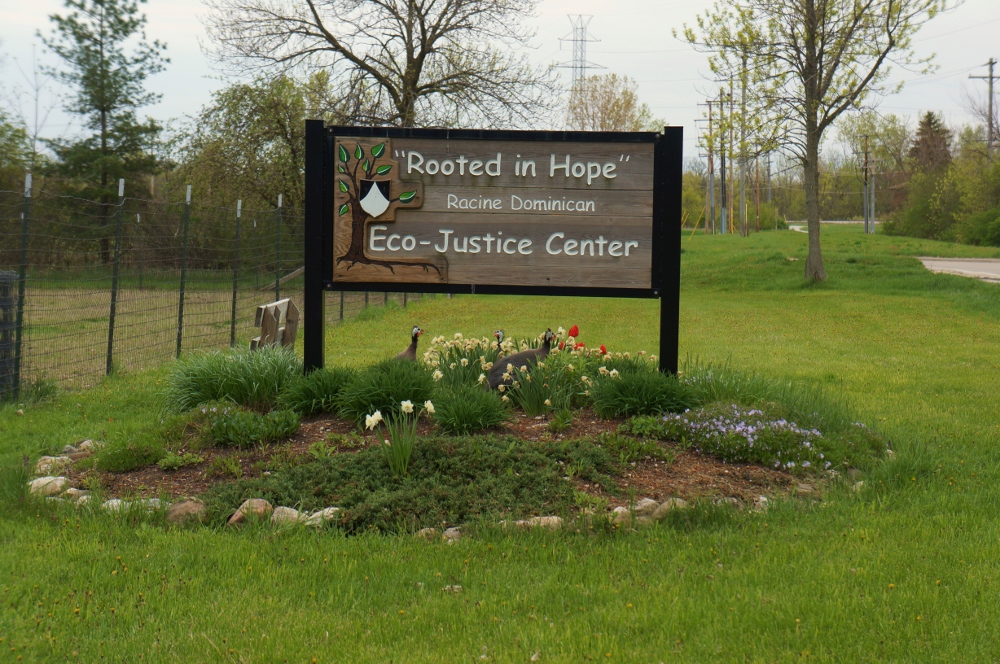 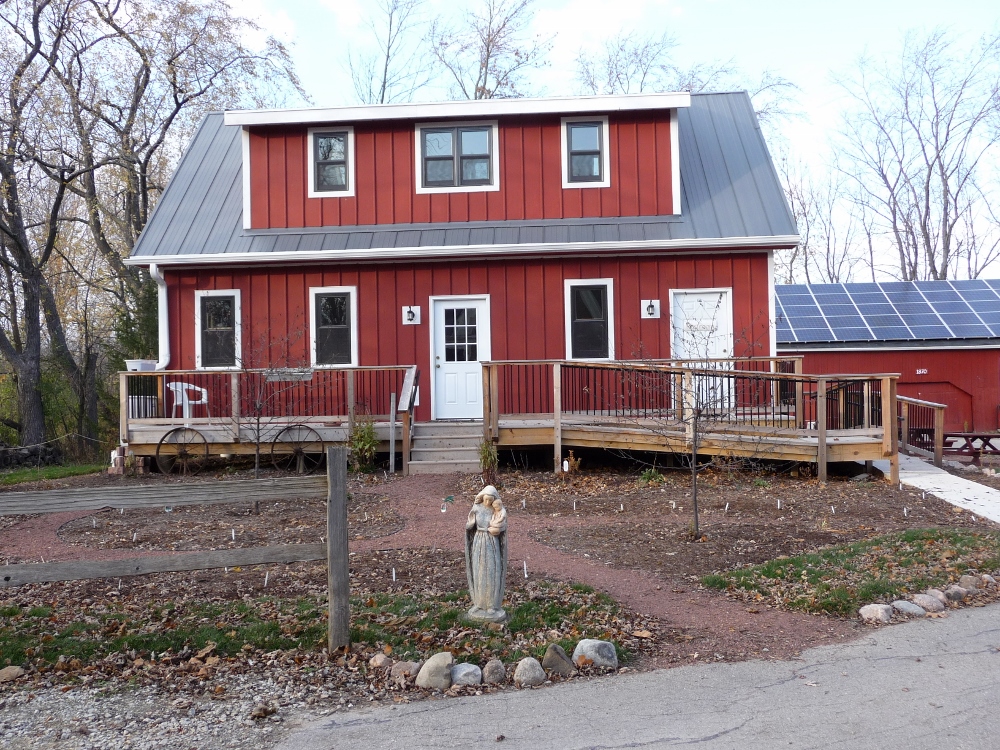 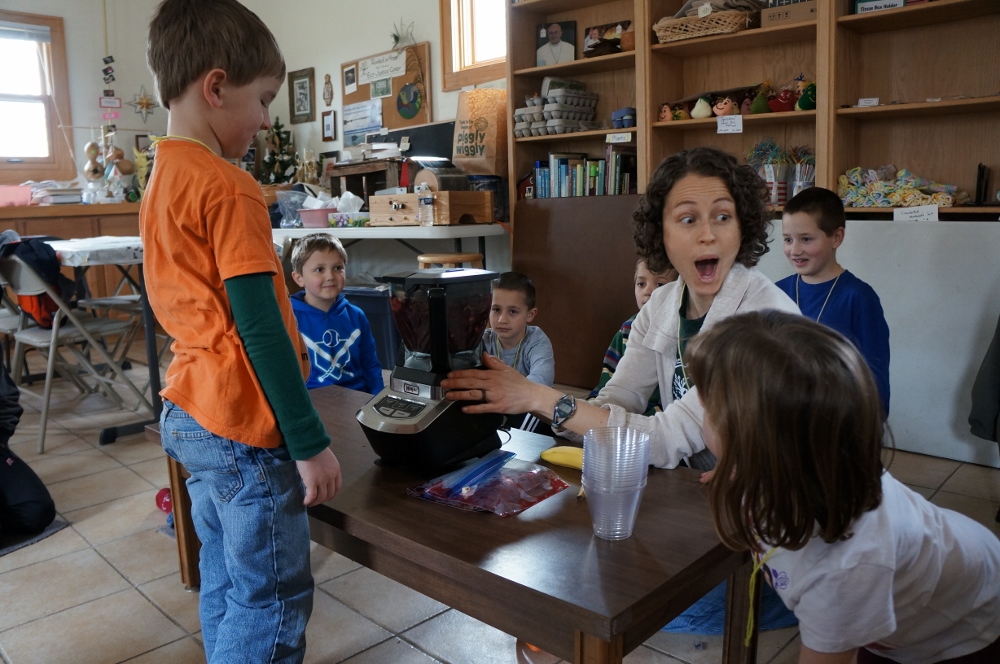