Colonization has not ended, said speakers at the July 7-10 Sisters of Earth convention: Governments and industries are still taking land from indigenous people, largely destroying ecosystems for profit.

For example, while Spain no longer controls South America, "the way of thinking and feeling about the land did not change," said Medical Mission Sr. Birgit Weiler, who teaches at the Jesuit Antonio Ruiz de Montoya University in Lima, Peru, and works with the Awajún and Wampi tribes of the Amazon, who are fighting oil extraction on their lands. The concepts that individuals can own land and that good use of land is to extract resources from it "are colonial mindsets very present still today."

Sisters of Earth, an informal network of women, including sisters, concerned about the environment, held their biennial convention July 7-10 at Presentation Center, a retreat and convention spot nestled in the redwood trees of the Santa Cruz Mountains, about a 90-minute drive south of San Francisco.

The 75 attendees heard stories from Native American women and environmental activists, met in groups to discuss ecological issues within the Catholic church and without, and dined in a building insulated with scraps of blue jeans and constructed in a way that it stays cool without air conditioning.

The convention was a chance to gather with like-minded women, attendees said.

"Many of us are involved in nontraditional ministries, so it's great to get together with other sisters — not just women religious, other women — who are involved in the same thing," said Franciscan Sr. Marya Grathwohl from Billings, Montana. "To connect with other women who are committed to healthy food-growing or sustainable energy is very inspiring for me."

Speaker Beata Tsosie-Peña of Santa Clara Pueblo in New Mexico described how European colonization of the Americas has affected the psychology of her tribe.

"It wasn't just a physical genocide, but a cultural genocide," she said, adding that tribe members still internalize colonization.

"We act out among each other" with violence, substance abuse and suicide, said Tsosie-Peña, a program coordinator for Tewa Women United, an intertribal organization.

Her community also still feels the impact of nuclear testing in New Mexico, she said, with high rates of cancer. The bombing occurred in a sacred land, she noted: "There's a lot of feeling of powerlessness."

Melina Laboucan-Massimo, a climate and energy campaigner for Greenpeace Canada, described the devastation that has occurred from tar sands extraction in her native northern Alberta. A member of the Lubicon Cree tribe, Laboucan-Massimo said when she was young, in the 1980s, "I remember how pristine the land was."

Members of her tribe could still live off the forest by hunting, fishing and gathering. Now, that's impossible.

"It's changed so much just within my lifetime," she said.

The tar sands extraction requires clearing the forest and heating Earth, rendering the land lifeless, she said. It also creates toxic tailing ponds that poison the water and emit fumes that cause headaches and nausea among the residents. In Laboucan-Massimo's hometown of Little Buffalo, residents used to drink from the river, but now they develop rashes just from showering in the water.

Extracting oil from tar sands is a huge contributor to global warming, she added, not only because of the forest clearing, but also because of the gases released in the process.

"It's heartbreaking because of the massive destruction in my community," said Laboucan-Massimo, who writes, produces documentaries, and speaks about environmental degradation for Greenpeace Canada.

"Colonization is still happening," she added. "It's taken the form of resource extraction."

After learning about the cultural and environmental devastation that colonization wrought, conference attendees turned their attention to tactics they can use to fight for native cultures and the environment.

"We need to get out of the very patriarchal and colonial view of development," Weiler said, adding that education is critical. The children of the Peruvian Amazon tribes now learn about their cultural traditions and preserving the ecosystem in school, she said.

"When big companies want to come in and buy land for monoculture, [the students] will know why that's a bad idea," she said.

Laboucan-Massimo said one of the most effective ways to stop the tar sands extraction is convincing companies to divest from the industry.

"We're going after the financing," she said.

Religious orders can also divest from industries that harm the environment: Halifax Charity Sr. Maureen Wild said it would be good for those in religious communities "to start inquiring about our investments."

Tsosie-Peña described Tewa Women United's efforts to re-establish traditional farming methods: maintaining a library of heirloom seeds, creating community gardens, and inviting a group of amaranth growers from Guatemala to teach tribe members how to grow the nutritious plant they cultivated before the Europeans arrived.

Conference speakers said the church also needs to make changes to preserve ecosystems and protect indigenous lands. That includes rescinding a papal bull, issued by Pope Alexander in 1493, decreeing that "barbarous nations" be overthrown and granting much of the Americas to Spain. The papal bull was part of the Doctrine of Discovery, which the U.S. Supreme Court justices used in a 2005 court case to argue that the Oneida Indian Nation land was not sovereign.

She described a Midwest community threatened with an oil pipeline that built wind farms on the proposed pipeline route, giving the residents legal leverage.

"Not only are they stopping a pipeline, but they're creating a community around it," she said.

Swedish noted that environmental degradation affects not just forests and the animals that live off of them: People also need healthy ecosystems to thrive.

"Humans are one of the species we need to think about when we talk about the environment," she said. "It's not just about destroying the ecology of the planet, but about human lives." 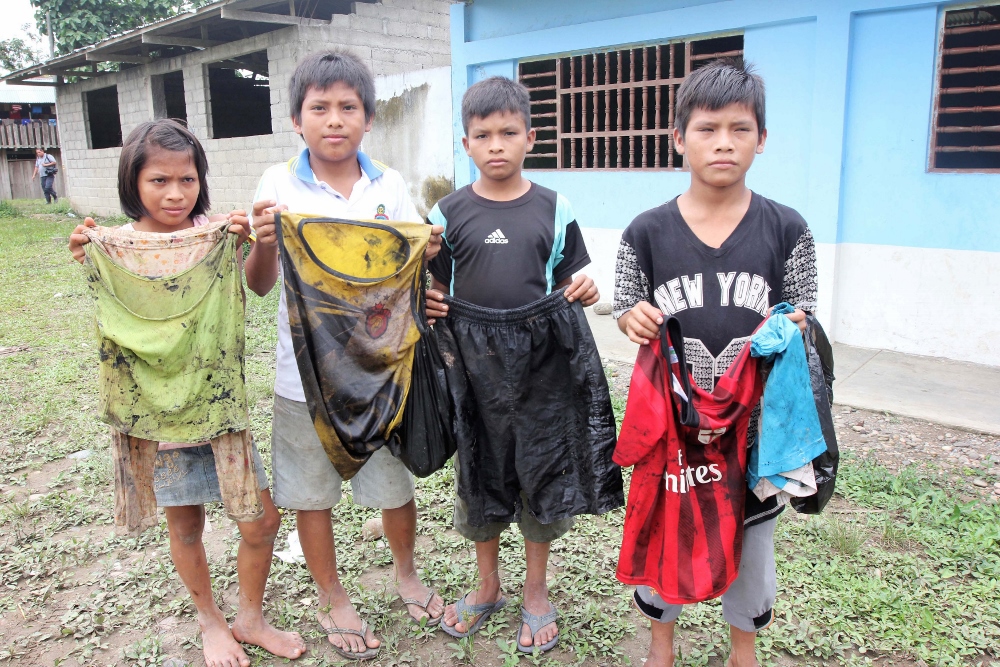