Years of protests fighting the Barro Blanco dam came down to an hourlong hearing on March 17 in a Washington, D.C., office building more than 4,000 miles from the lands and river in Panama that Weni Bagama and Osvaldo Jordán are trying to protect.

In a bright red native dress decorated with the zigzag pattern that represents the mountains and rivers of her homeland, Bagama made an impassioned plea in the few minutes allotted to make the case for the Ngäbe people before the Inter-American Commission on Human Rights, established in 1959 as an autonomous part of the Organization of American States.

The Ngäbe have been at the forefront of a nearly two-decade struggle to stop the hydroelectric dam, which has flooded homes, archaeological and ceremonial sites, and a generations-old "gallery forest" that was the source of food and income for nearly 500 people.

Bagama is a leader of the resistance movement and a member of one of the affected communities. She, Jordán and other Panamanian environmental defenders hoped the commission would put pressure on the government to rectify the situation and stop the repression of environmental activism in the country.

This was Bagama's third trip to Washington — she previously came in 2012 and 2014 — for different but related hearings on the same issue. Repeated protests in Panama, criticism by international environmental groups, reports by international organizations about violations of human rights: None made a difference. The dam was built and her community flooded.

"They've carried out a dialogue where our voices as the affected people were never considered," Bagama said in response to Panamanian government officials saying they held discussions with local communities. "The way they do consultations in the case of Barro Blanco is to grab someone off the street who is a representative of the group, have them sign a document and then say, 'Look, we have prior consent.' "

"They repress us in our own territory of the comarca [the autonomous land of the Ngäbe], and this takes place when the people in different areas go to the streets," she said.

"What we want to emphasize is that these are not an isolated cases. They are a part of a pattern," said Jordán, executive director of the Panamanian nonprofit Alianza para Conservación y Desarrollo (Alliance for Conservation and Development), one of the groups, along with the Sisters of Mercy Institute Justice Team and the Maryknoll Office for Global Concerns, that requested the hearing.

Jordán cited the cases of journalist Ligia Arreaga and environmental activist Larissa Duarte: Arreaga left the country after death threats followed her reporting on the destruction of Matusaragatí, Panama's largest wetlands system, while Duarte fought to stop a hydroelectric dam, and the company building the dam sued her for $10 million for halting the project.

The security situation for those defending the environment in Panama has reached a crisis point, Jordán said. For example, the week before the hearing, he was investigating a death threat to a Ngäbe leader who blocked construction machinery on indigenous lands in the neighboring province of Bocas del Toro.

The case of the dam project was squeezed into an hourlong hearing that also included another Panama case on the development of Pedro González Island, where residents of African descent say law enforcement arbitrarily detained them for opposing a foreign investor's tourism project on lands they and their ancestors have inhabited for 300 years.

Panamanian government officials said at the hearing that the country's record on protecting the environment, increasing dialogue with indigenous groups, and protecting the rights of environmental protesters has improved in recent years.

Bagama in her rebuttal showed a photo of a bloodied protester.

"The intervention of the police is to care for, to protect," she said. "This is protecting? This is caring for the people? This is the reality that we are living."

After the hearing, she told GSR, "They keep talking about dialogue, but the dam gets built. It doesn't make sense."

Her people have lost their homes, land they used for food and their livelihoods because of the flooding, she said. Most of the Ngäbe and Buglé people dispute deals the government has made with community leaders, saying the deals haven't represented the views of the full community.

"It's disappointing. The state seems to be looking at a different world from what we're seeing, but at the same time, we are hopeful that these problems are being told to the world and that the state has taken a public commitment for meetings," Jordán told GSR after the hearing. "We hope we come to an understanding of what dialogue actually means. They hear, but they don't listen. They do completely the opposite without taking into account any of the concerns."

The hearing concluded without a decision on the project but with a request from the commission for the Panamanian government to set up future hearings on the rights of environmental and human rights defenders. The first such "periodic consultation" is set for April 4 in Panama.

That initial meeting is for petitioners and the government to discuss issues, Jordán said. He said he hopes to have an Organization of American States representative at that hearing.

Jordán and Bagama said they hope the human rights commission will side with the Ngäbe petition that the water level is lowered at Barro Blanco to below that of the comarca, or the territory of the Ngäbe, so their communities are not flooded. The timetable for a decision could be in a few days, months or a year, Jordán said.

Some governments have abided by the human rights commission's decisions, but others have not, he said. Still, he added, "It is a hope that the Panamanian government would respect its own commitment to international law." 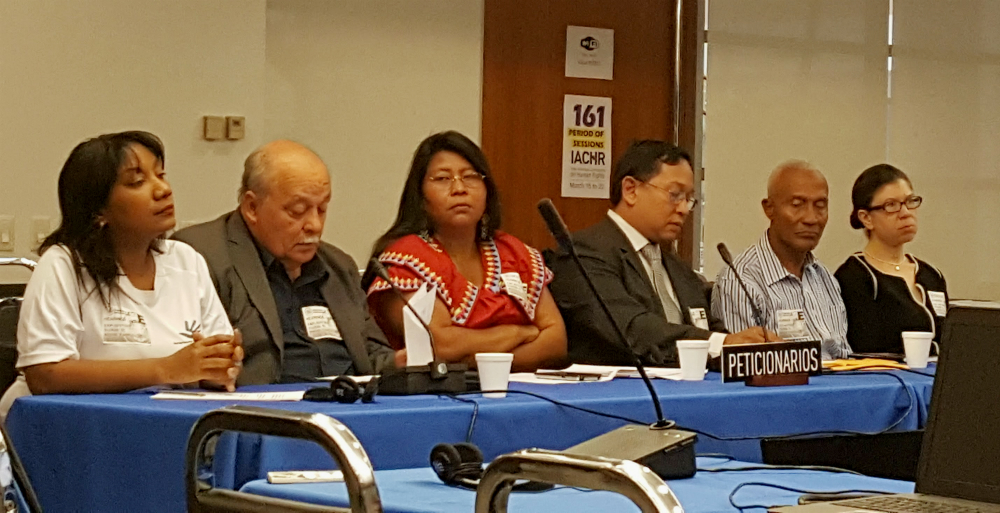 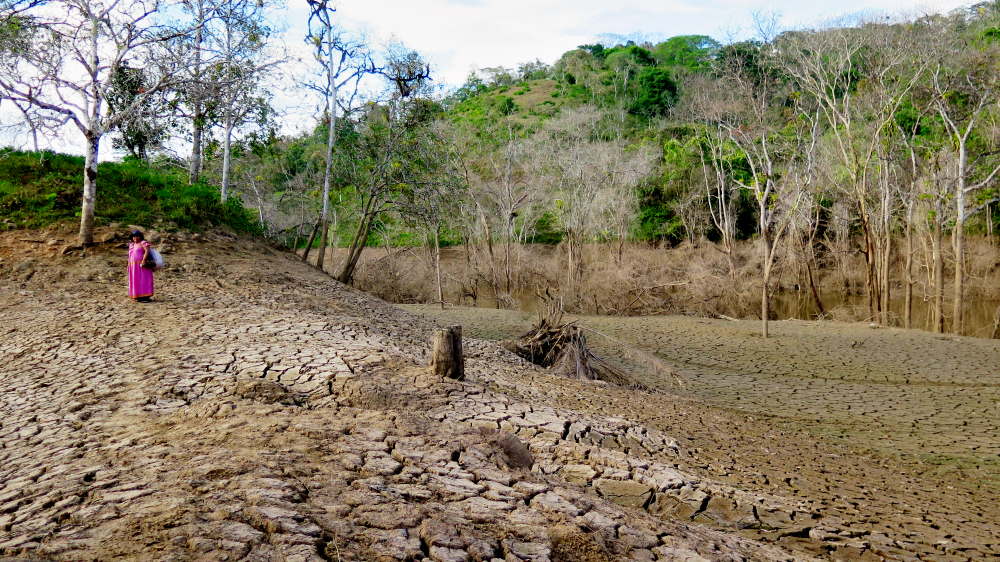 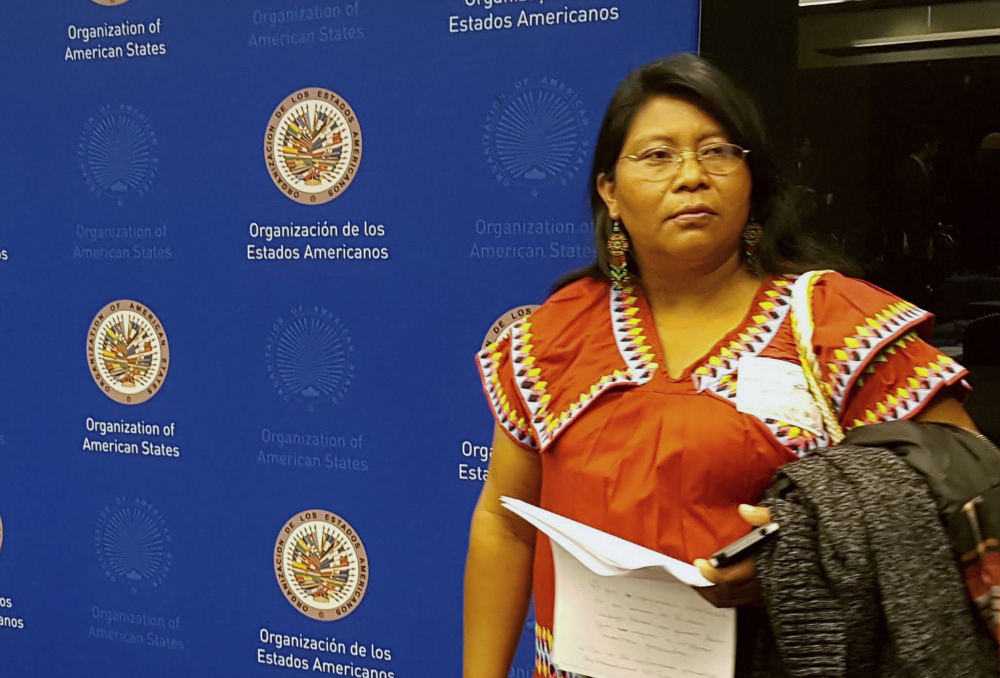