It's the morning after a mass shooting: What do we do now? 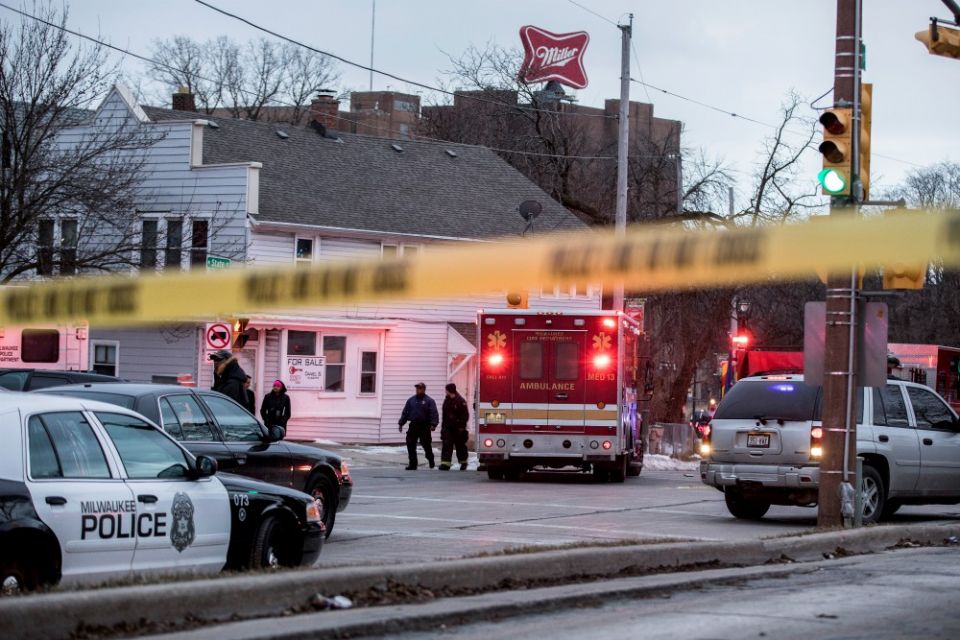 The day was typical of late February: windy, cold and snow flurries. The annual Ash Wednesday Mass to which our school invites the neighboring grade school and parish had gone well. The simple Rice Bowl fundraising lunch that followed was successful. All returned to their regular routine and the school day proceeded as usual.

Right before dismissal, news reports started coming in. There was an active shooting happening at Molson Coors (formerly, and forever known here as Miller Brewery). There was no immediate danger to our school or neighborhood, which was the good news.

Milwaukee is sometimes referred to as "Small-waukee." The city is large enough to offer many vibrant opportunities: symphonies, theater, dining, professional sports and other entertainment options. Yet it is small enough to be a community where many step up and offer assistance to those in need — all the time, not just in times of crisis.

Miller, now Molson Coors, is one of the oldest employers in the metro area and just about everyone has a family member or friend who has worked there now or in the past; thankfully, none of the current school families have a parent employed at the brewery. Part of the city is known as "Miller Valley," our professional baseball stadium is sponsored by them — the company has been a vital part of the community, and not just as an employer. Employees refer to Molson Coors as a family, not a job.

The city came to a halt as the events at the brewery unfolded. Neighboring emergency services responded: city, state, federal and even nearby universities. Businesses opened their buildings and parking lots to keep fleeing employees and worried families warm while they awaited news — any news. Local bars opened early to offer employees and families a place to gather, eat and "just be" — all free of charge.

Molson Coors' CEO flew in, the governor came to town, federal officials offered prayers and support, and the president of the United States started his scheduled coronavirus press conference with a reference to the tragedy. Even competing breweries sent messages of support, setting aside business for the greater good. There were the usual calls for prayer and gun control.

National media gathered and wanted to know all the details — we all did. Who did this, are there people dead, how many are hurt, and the ultimate unanswerable question why. Little information was provided during the two evening news conferences; officials just didn't know yet. The brewery campus consists of more than 20 buildings and nearly 1,000 employees. It was going to take time to check everywhere and account for everyone.

On the morning after, five Molson-Coors families had the awful experience of police coming to their homes to tell them a loved one had been killed. Another learned their loved one was the accused shooter and was dead from a self-inflicted gunshot wound. Other families welcomed home their loved ones. The school learned one of the victims was a young graduate.

All of them, all of us here, wonder what happened, why. The brewery and corporate offices were closed for a while as the investigations continued and the corporate leadership assisted with the healing, trauma and grieving processes.

It's the morning after. How do we move forward? Mass shootings now seem to be a part of the national culture in the United States. This one was the 12th in the state of Wisconsin since 2004, a statistic I find chilling. There will be more news conferences and stories about the victims, and information about the alleged shooter will come forward. A public prayer vigil was planned, local business had fundraisers for the families, and a crisis hotline was established — this is what we do in Small-waukee.

It's the morning after. Our city has been shaken to its core: What do we do now? I'm sure I am not the only one who didn't sleep, and I have no personal connection. Every siren startled me. The helicopters hovered long into the night as both law enforcement and media kept close watch on the brewery campus.

I know our city is not alone in tragedies like this, and on a global scale this loss of life could be seen as minimal. I kept wondering why, and that was my prayer too ... a prayer that remains unanswered.

It's the morning after. Most of the city has returned to its regular routine. I felt guilty turning off the news when I couldn't watch the horror anymore. I feel guilty carrying on with my usual responsibilities and routine. I feel guilty about not being able to "do anything." The neighborhood surrounding the brewery is completely restricted so as to not compromise the crime scene. I feel guilty that Small-waukee has been shattered and there is nothing I can do about it.

It's the morning after — and I don't ever want another one like it!

Social Justice | It's the morning after a mass shooting: What do we do now?

Persistent and consistent: Religious at the U.N.