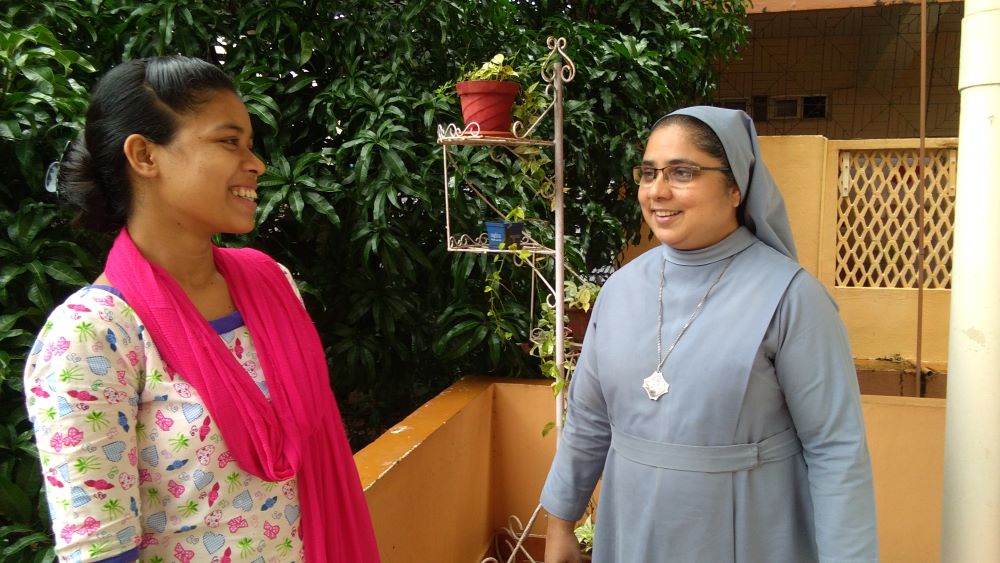 When September came this year, it brought joyful memories of my school life and of my teachers, beginning with nursery school. I remember with love my teachers who stood by me in my moments of doubt and pain, and rejoiced at even my insignificant achievements.

Since 1962, on Sept. 5 we have celebrated Teachers' Day in India, on the birthday of Sarvepalli Radhakrishnan (1888-1975). A great teacher, scholar, statesman and role model, he was India's second president. Highly devoted to the cause of education, he held prominent positions in several prestigious universities and received Bharat Ratna, the highest civilian award.
He influenced several generations with his worldwide achievements, noble thoughts, ideas and actions, and made many social, philosophical, spiritual and educational contributions to modern India.
"Teachers should be the best minds in the country," he once said. He also said, "Instead of celebrating my birthday, it would be my proud privilege if 5 September is observed as Teachers’ Day."
A teacher can be considered the backbone of a student, helping him/her become a better human being and thus contributing toward building a better society and world. A teacher can be compared to the captain of a ship because it is with their help that students can reach their destination.

My nursery school teacher visited me every summer vacation and was happy with my progress. When we met, he always had a sweet for me.

On a visit home, while traveling, I noticed two elderly nuns entering the bus. At once I offered my seat to one of them and stood by her side in the crowded bus. After she had settled comfortably in the seat, she held my hand, looked at my face and called me by name. The moment I heard her voice, I recognized her. It had been 30 years since I left the school. I cannot express the joy I felt then, in that moment of reconnection.

I remember fondly another teacher who came to our class with a book he wrote, "A New Heaven and a New Earth." How we all loved him for the vibrancy of his presence that never failed to bring the class alive! We 12-year-olds were wonderstruck at hearing of his book, written in our mother tongue. Some of us bought a copy right way!

A week later he came into the class with his characteristic smile and announced, "Now, children, I am going to give you some homework. I want each of you to write a story!" We were puzzled. But we did not want to disappoint him. So, I read some magazines and made up a story. I realized later that he was sowing in each of us the seed of interest in reading and writing — which itself greatly influenced our studies. According to Radhakrishnan, “Books are the means by which we build bridges between cultures." 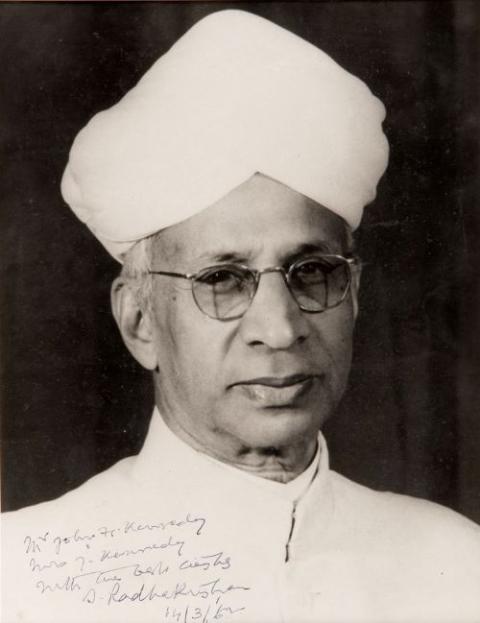 India's annual Teachers' Day began in 1962 at the request of Sarvepalli Radhakrishnan (1888-1975), the country's second president and a teacher and advocate for education. Radhakrishnan presented this photo to President John F. Kennedy during a June 1963 state visit to the United States. (Wikimedia Commons/www.jfklibrary.org/White House)

I have often heard that, like a sculptor sees a statue in a block of stone, a teacher sees the hidden talent in a child.

India's Kerala state former Health Minister K.K. Shailaja related an incident in the school where she taught. Once the principal asked her to take a Class 8 group with very naughty students, and no one wanted to be in charge. While taking attendance, she could hear muffled laughter from the last bench. Slowly she approached the boys and found a collection of women's pictures in a book. She asked them, "Your mother and sisters use such dresses?" The boy who had the collection answered, "No. Never." Then she asked whether he would give the pictures to her. He did.

The next day, she asked his help to get some chalk from the office. He was amazed, "Teacher, you are asking me?" She said, “Yes.” The teenager gave up his naughtiness. Meanwhile the sports master recognized his talent in sports. He became the star of the school and brought laurels to the school. What we say is true: It is a teacher who identifies a spark in a child and turns it into a fire.

Recently I listened to Aswin Vijay, a man in his early 20s working as a magician at the Magic Planet at Trivandrum. He lost both parents by the age of 12, and his grandmother, who was bringing him up, died when he was in Standard 12. Once he did not have money to buy a school uniform but hesitated to tell anyone. He dropped a note in the complaint box, saying, "I do not have money to buy my uniform." When the teacher sought the writer, he met her and told her of his predicament. She graciously paid for the uniform. He was profuse in his gratitude toward his teachers, who helped him in different ways during his school years.

“The end product of education should be a free creative man, who can battle against historical circumstances and adversities of nature,” Radhakrishnan reminded us.

Closer to home, I admire our religious sisters and teachers at St. Xavier's Academy in Old Goa, a city in the Indian state of Goa, who breathe new life into differently abled children and their families. The teachers' patience, love and concern have helped these children earn awards in sports and extracurricular activities. I met a girl with no arms or legs, whom the sisters had trained. She not only won sports prizes for the school, but was able to help her sister financially. After teacher training, she taught at the school — writing beautifully with a pen in her mouth.

Another teacher I remember is a Franciscan Missionary of Mary sister who built 150 houses for her poor students and others. It began with some casual visits to her students' homes. Astounded at the unsafe dwelling of a female student, she quickly set to work, mobilizing students and teachers alike. They sacrificed celebrations like birthdays and wedding anniversaries; some students even contributed their pocket money to the cause. The school was elated when the first house for families of poor students was begun. Sr. Lizzie Chakkalakkal said: "When we take the initiative, we become channels of God's blessings. People come forward with their contributions in cash and kind from every corner. Some contribute their manual work. When we are united nothing is impossible!"

I have heard that, for the teacher, “A student is like a bank account in which he/she deposits his or her most precious treasures.”

There are teachers who travel more than five hours a day by bus and boat to reach their students, during the ongoing pandemic, even taking them food. Because of the pandemic, our teachers are now very kindly reaching out to students through online classes.

Let us thank God for all our teachers, for their selfless service to humanity and for their help in building up human lives, human society, the nation and the world.

Let us offer them a lighted candle in their honor symbolizing the light of knowledge they impart through their lives of commitment.