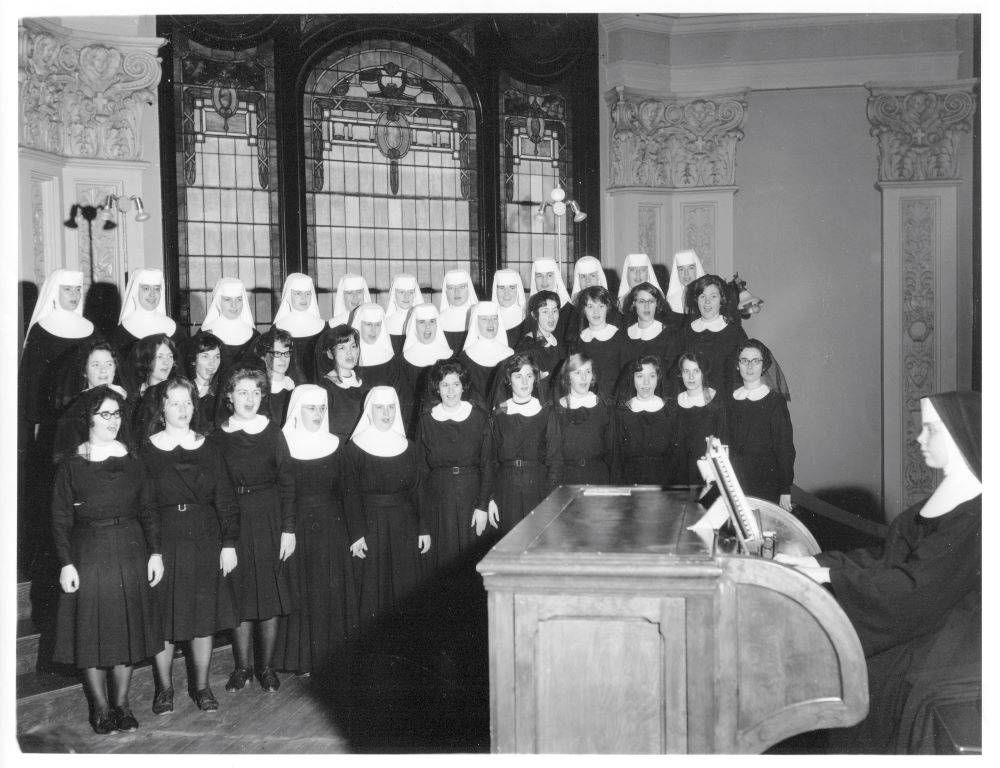 During readings at the end of the last liturgical year, I noticed a number of references to the word "generation." "This generation shall not pass away," Jesus says in several passages, such as Matthew 24:34.

Earlier, in Matthew 11:16, he says: "But to what shall I compare this generation? It is like children sitting in the marketplaces, who call to their companions …"

As I reflected on these passages generations, I was reminded of Tom Brokaw's bestselling book, The Greatest Generation, about the generation of Americans who came out of the Great Depression and went on either to fight in World War II or to work on the homefront. The book popularized the term "the greatest generation" to describe the cultural generation before the so-called silent generation.

I am part of that generation who knew starching and ironing and sweating under black serge. But I am part of the generation who took that off — amid much arguing I might add — to be more one with the people of God, and who felt silly and self-conscious walking on the street the first time after I took it off.

I am part of that generation who joined protest movements for the first time, who picketed grocery stores because they did not buy farm worker lettuce or carry grapes that were union picked. I am among the ones who said we would give sanctuary to undocumented people from El Salvador and Guatemala and even hire them to work for us. I am from the generation who tied a ribbon around the Pentagon to stop our government from warring, and who marched for the homeless and for housing and for peace and who even testified before Senate committees on the atrocities in Nicaragua. I am part of a generation who went to jail to bring justice to Central America and to stop the production of nuclear arms. 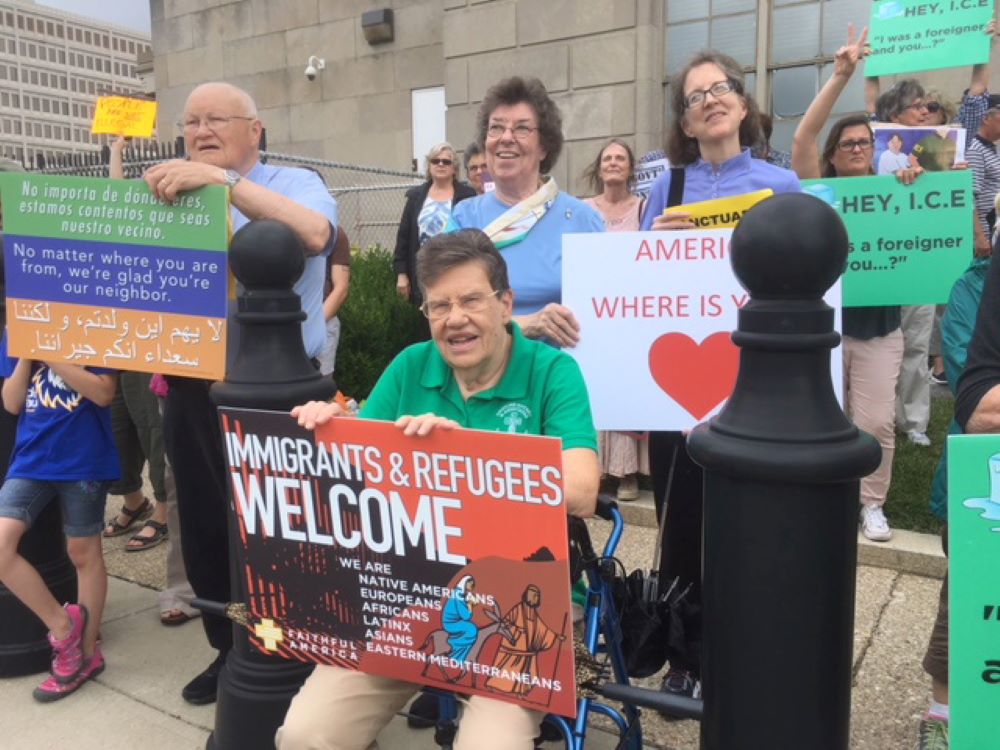 Ursuline Sr. Janet Peterworth participates in an event supporting immigrants and refugees. (Courtesy of the Ursuline Sisters of Louisville, Kentucky)

I am from the generation who knew there was a priest in every parish but came to know from experience that it need not be so, that others could run a parish and make it a community of involved members who knew how to help each other pray and get ready for baptisms and marriages and deaths, who knew how to be stewards of parish treasure, time and talent.

I am from the generation who responded to the 1975 Appalachian pastoral letter "This Land is Home to Me" with energy and passion and who stayed there for years learning from the people how hard it is to survive when the odds are against you and opportunities are limited. I am of the generation who wanted to make a difference in that region but found that the greatest difference was what the region made in them.

I am from the generation who knew my religious community, the Ursuline Sisters of Louisville, Kentucky, when we were 600 strong and had ministries in 10 states and Peru. Now I know us in a different way, when we are 44 in number and have a ministerial presence in two states and Peru.

I am from a generation who knew the simplicity of a hierarchical form of government when a piece of paper told you where to go and what to do, but who has had to learn the skill and patience it takes to be collegial and circular. I am from a generation who knew God as Father and never questioned that, but now has so many ways of addressing God that it is hard to get a handle on just how to name God with any certainty.

I am from a generation who is seeing its peers move from vibrancy to walkers and wheelchairs; from assisted living to nursing homes; from beds of pain to the arms of God. I am from the generation who goes to more funerals than to profession ceremonies.

I am from a generation who has faced the last 65 years and before with the courage of convictions and who today must summon that same courage to face a future full of uncertain dreams.

Perhaps my generation could be called the "greatest generation" of women religious, but I must trust there is another generation coming — a generation who is equally great and who will take up the challenge my generation leaves behind, with the same courage and passion that we had.