How did I end up working in a funeral home? 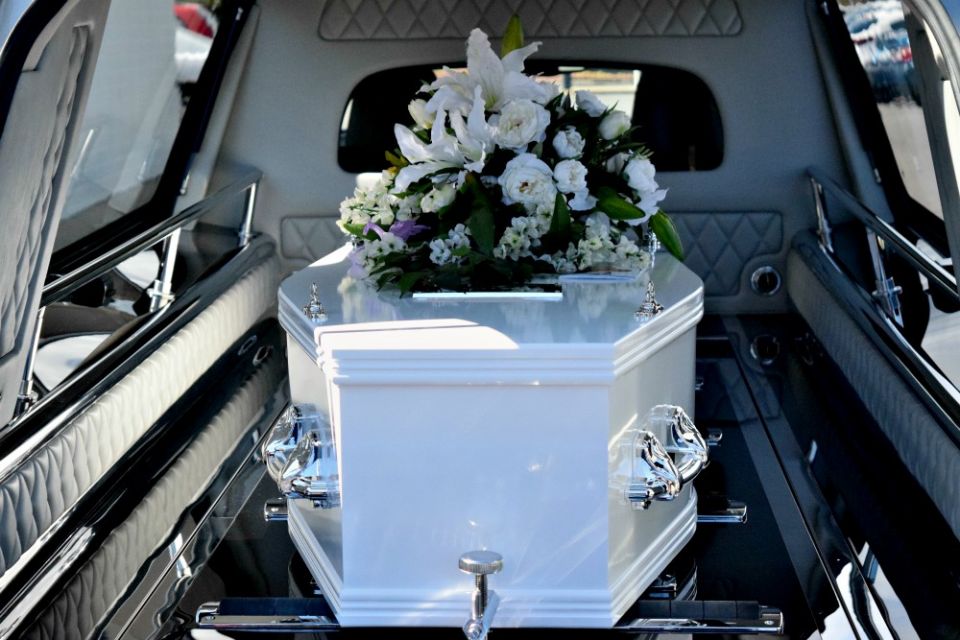 The School Sisters of St. Francis have always been known for education ministry, so how did I end up working in a funeral home in Santa Fe, New Mexico?

After teaching in Catholic schools for about 20 years, I got a degree in religious education and ministered in parishes and dioceses for about another 20 years. But my real wish was to deepen my spirituality, so after a degree in sacred theology, I began work at a Jesuit-sponsored program in retreat work and spiritual mentoring in Milford, Ohio. Soon I realized that God had other plans!

I settled into the program and enjoyed it immensely ... for two weeks. Then late one night, a priest told me my brother had called to say that my dad had a stroke and was not expected to live the night. Dad and I were very close. I was ready to drive back to Iowa immediately, but Father convinced me to wait until morning.

I left Milford about six a.m. for a long and stressful day. I had to change planes in Chicago, and when I arrived in Cedar Rapids, a family member drove me to New Hampton, the small town where Dad was in the hospital.

He was still living, and — what a blessing! I was permitted to stay with him that night. We had a short, but wonderful last visit about 3 a.m. By 6 a.m., he was no longer alert. I needed to be with Dad even though he was compromised, so I decided to give up Milford. Dad lingered for two more weeks, dying on July 13, 1990. After the funeral, I went back to diocesan work.

I struggled. Milford was a summer program. Should I try again next summer? Is God telling me Milford was not for me? Should I abandon that ministry? Then, during Mass on Aug. 15, Mary's Assumption, I heard very clearly inside: Arlene, forget Milford and get yourself to Santa Fe!

I was shocked! I was hearing voices! I told no one. I was living with three sisters from other communities, and they would never understand.

Then nine nights later, I had a dream.

I was standing in front of a big mud puddle, wearing "Jesuit shoes" but could not cross the mud. I said, "I will put on 'Franciscan shoes,' " and then I was able to cross the mud. When I awoke in the morning, every detail was clear. I wrote it down. Pondering the meaning, I heard inside, "No, Arlene, the city of St. Francis."

I called Jane, a friend in Santa Fe and asked, "Why is Santa Fe called the City of St. Francis?" "Oh," Jane replied, "when the Franciscans founded it, they called it 'the Royal Village of the Holy Faith of St Francis of Assisi.' "

"Well, I'm coming down! But I don't know what I am supposed to do there." In spite of a big snowstorm, I went to Santa Fe for Christmas.

Two days later, Jane said, "I think you should look at hospice."

Two days later, she repeated, "Hospice" and inside, I heard, Listen to her.

When I called our community ministry director and explained the situation, I expected her to say: "Arlene, we educated you with two master's degrees; you want two more years for an associate degree?" Instead, she asked, "What are you going to do with that when you are finished?"

Without thinking, I said, "I think I'd like to work in a mortuary."

Thus, I began two years of education in the Elisabeth Kubler-Ross Hospice Training Program in northern New Mexico, taking courses in hospice, grief counseling and death education. I had enjoyed teaching, but funeral ministry became the most fulfilling learning experience I had had thus far. I loved not only the ministry, but also the city of Santa Fe.

After settling into Santa Fe, introducing myself to a funeral director, doing their Christmastime memorial service, and some hospice work, I knew this was the day! I walked into Berardinelli Family Funeral Service. The secretary greeted me and said, "We need you here, and I'm going to see that you get here."

I was a full-time employee within a week. When Rick Berardinelli, the owner, hired me, he said, "I can no longer walk away from the cemetery, see the condition of the families and not give them help."

I was free to create this new ministry as I wished. A few weeks after a funeral, I would call the immediate family member, offering individual or group counseling to anyone who wanted it, for as long as needed. I created a group for spouses, and then — with the hospice chaplain — one for parents who had lost children.

Later, I taught in the community college, and gave grief retreats in a nearby monastery. I felt that I had the complete support and respect of the owner, staff and grieving families.

Over the years, we buried many children — from the very young to older teens, of accidents or natural death or suicide. The single most difficult experience was attempting to help a single mother whose 17-year-old twins and 16-year-old daughter were all killed in two accidents, three months apart.

All grieving people have painful and crushing stories to tell. One mother, whose husband was murdered, began her session by saying, "I have to tell my story until I don't have to tell it anymore." Then she told her story again.

One morning in 1997, I awoke to feel my entire being declaring that I needed to begin a center for grieving children. I spoke to the parents' group: five grieving parents plus one volunteered to work with me. We needed training, and I investigated the Dougy Center in Portland, Oregon. Rick Berardinelli and others helped fund the seven of us to attend a week's training in Portland.

We started slowly. We were the board, the facilitators, the nonprofit legal workers and advertisers, until we could include others. I trained volunteers, another worked with the government, a board was formed and a facility was found.

We named it Gerard's House after a teen who had died a tragic death. It functions as a peer support group using discussion, art, anger release and other aids. We hired an administrator, and children came, all for no charge.

Twenty-two years later, more than 1,000 youth and 200 adults yearly are served by one full-time and three part-time paid staff, 75 facilitators, and 28-30 weekly groups in schools and in the facility.

Children suffer from many losses besides death. Gerard's House now serves children of jailed or divorced parents, and foster children. It has created a Spanish program (Nuestra Jornada) to help children from the southern border. Santa Fe has wrapped its arms around Gerard's House as it tries to respond to unmet needs.

I retired in 2009, but stay in touch with Gerard's House. As I reflect upon my unusual "mortuary ministry," I recognize miracles, and know that the voice inside was God's call!

[Arlene Einwalter is a School Sister of St. Francis of Milwaukee. Academic work in hospice, grief counseling, and death education enabled her ministry in a funeral home in Santa Fe, and her work as an educator, counselor and spiritual mentor in the United States and Australia. She is now retired and living in Milwaukee.]

Editor's note: In this column, Sister Arlene draws general material from her book, Called to be Mystics, and several articles she has written over the years.

Ministry | How did I end up working in a funeral home?