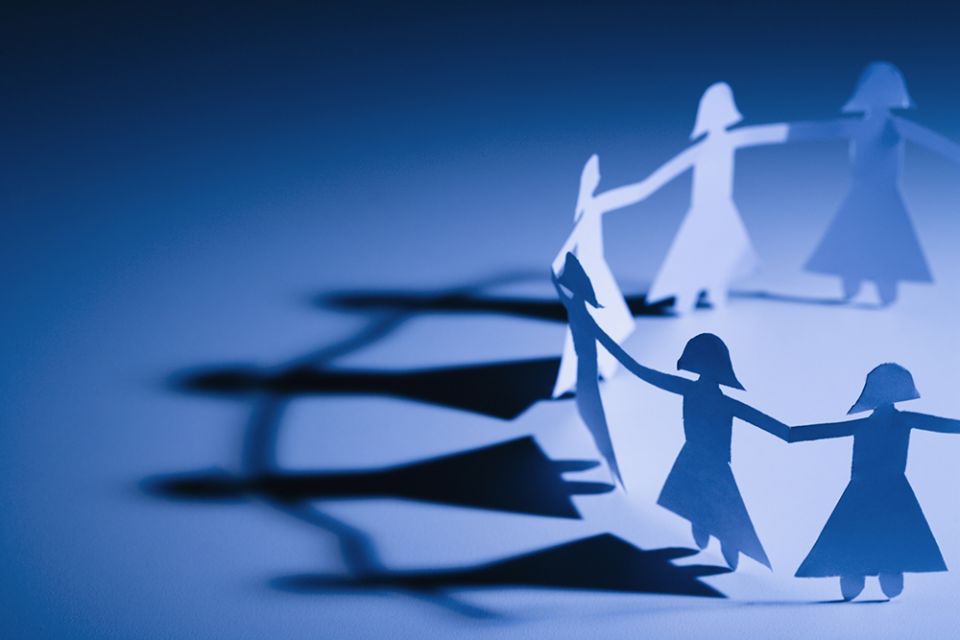 When around Mary Magdalene's feast (July 22) the Community of Magdala was born, we felt surprised, pleased, challenged, gifted.

For years, Sr. Carmen Notario and I have been trying to form a community inspired by the "in-between the lines" story of Mary Magdalene's journey.

During a time of discernment about some aspects of our community-building ministry, we wrote a "triduum" of articles and reflections about Mary Magdalene, to be moved and blessed by her.

And — lo and behold! — she offered us the gift of a community, inspired by her personality, her leadership, and her feminine way of preaching and creating community.

The Community of Magdala is a space of welcoming and support, of healing and inspiration, a place of rest and prayer, and — perhaps the most significant concept — it is a place to learn and experience discipleship, where women are the leaders, and if there are men, they are equal in every single aspect of life.

And it is happening. Yes, there is a group of religious and professional laypeople, both men and women, who — after a retreat this past summer — embarked in the adventure of building community. This is done mostly online, but not only online, since those who live in Spain can join in the different face-to-face encounters we organize.

The words I heard last night in our monthly online encounter, as we celebrated and shared with each other and other interested people in search of community, were "support" and "thank you."

The common language is Spanish, with the very different accents from the different parts of Spain and also from Latin America. Spanish is spoken as a first language by 489 million people, plus all the students and people who use it as a second language. Spanish is the first language for the second-largest number of people in the world, after Mandarin Chinese.

So Magdala's community was born in Spanish, but with a deep English component. The two of us, the sisters that empower the group, are from those areas in Spain where other languages are spoken, and we both have lived many years in English-speaking countries; therefore, since its inception, an openness to other languages has been part of the fabric of our community.

The Community of Magdala is open to other languages and cultures. This is why we felt invited from within to share it in Global Sisters Report. I should confess that I pray GSR will become bilingual someday, but in the meantime, we translate! It is both fun and tiring, but the point is to communicate in depth about our ministries, whether in one language or another.

Carmen and I belong to the Sisters for Christian Community, an American-born community. In the fabric of the Community of Magdala there are many threads from Sisters for Christian Community documents. The original writings from our foundress and the first group of sisters were addressed to religious women. Today, in our heart of hearts, we feel that they would support the idea that the freedom the sisters needed back then — from rigid institutions — is the same quality of freedom that most laypeople need from the still rigid institutionalized church of today.

The religious who belong to the community have expressed their need of support and vision that they do not find in their aged congregations. They love their own charisms — which we support — but they also feel the need of a community of equals to share faith and life.

The Magdala's community is like a virtual home for all those women and men who, in the process of following the Gospel, discover the wealth of sisterhood and brotherhood — which of course is not only for vowed people.

It is interesting that most of the laypeople are professors or physicians, along with some other professions. They are in touch with the everyday reality of families and of life in general. When they communicate their theological reflections from the books and writings we all share, it is not theoretical. Life and death, teenage suicide and bullying are issues they face, along with a huge concern about how to share faith and the Gospel with young people, and concern for Mother Nature.

We hope that even though this ministry is mainly in Spanish, perhaps if we share it, other sisters and people who read Global Sisters Report may take advantage of it and pray for our faithfulness to those new ministries demanded by people and circumstances of today.

Maria Magdalena Bennásar (Magda) of the Sisters for Christian Community is from Spain. Studies in theology gave her a foundation for the charism of prayer and ministry of the word with an emphasis on spirituality and Scripture: teaching, conducting retreats and workshops, creating community and training lay leaders in Australia, the U.S. and Spain. Currently, she is working on eco-spirituality and searching for a space to create a center or collaborate with others.

Ministry | A new movement: Sharing ministries in the Community of Magdala