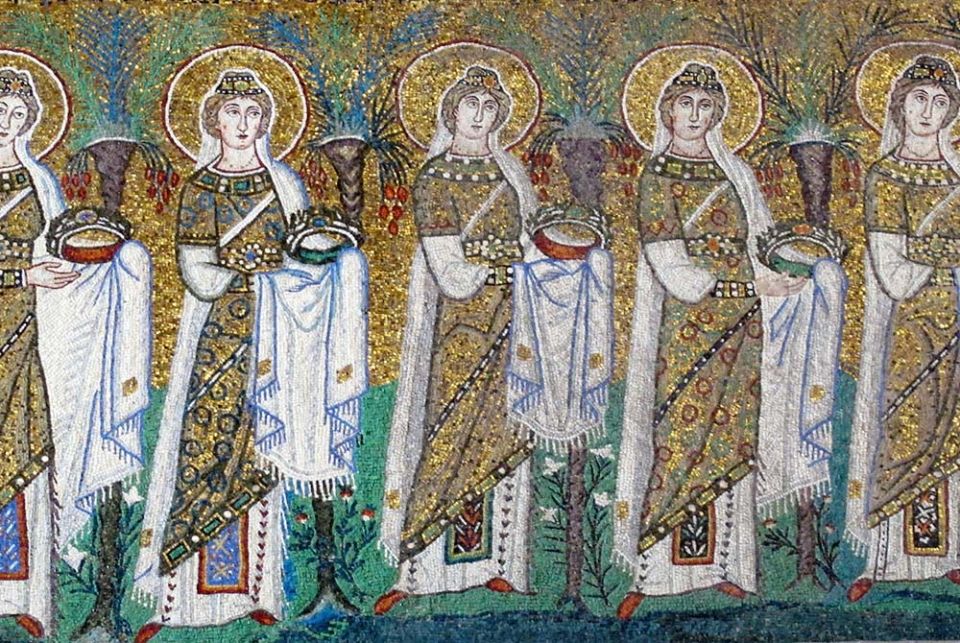 The mosaic of the Holy Virgins, in the sixth-century Church of St. Apollinare Nuovo, Ravenna, Italy (Wikimedia Commons/Sailko)

What about ordained women religious?

While discussion about women in the diaconate has historically been truncated, even squashed within the Vatican, the 2016 request of UISG and the 2019 recommendation of the Amazon synod together evidence the genuine need for diaconal ministry by women ordained to such service. The point is not to allow women religious and other women merely to take on more functions. The point is to allow the church to recognize them as women, as religious, and as pastoral ministers and, should they find within themselves the vocation to the diaconate, as ordained clerics. 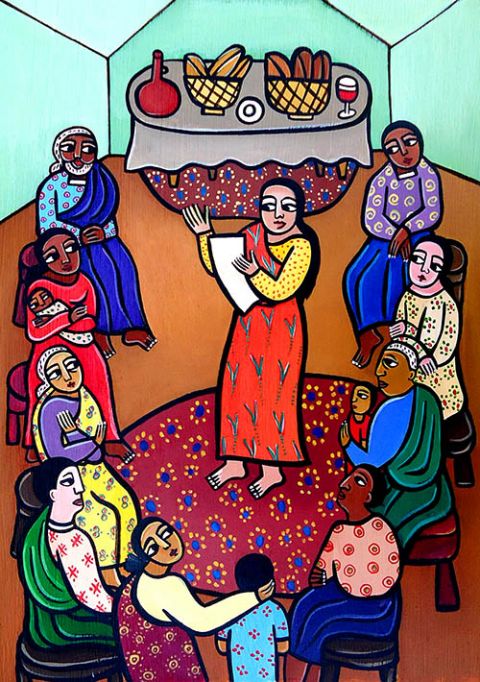 Of course, the effort has never been about "clericalization." More readily, the effort is to connect the present ministries of religious and secular women to the ministry of the bishop, and thereby secure it clearly as in union with the whole church. The question of restoring women, including women religious, to the ordained diaconate moves beyond the notion of their tasks and duties, beyond the "functions" they would more clearly assume. For women religious, the restoration includes identifying these women ministers as who they are: as religious, surely, and also as deacons if they are so called.

Even so, the functions are an important part of the puzzle because, especially in mission territories, women religious are already performing the functions of deacons. But there are other things laypersons cannot do; women ordained as deacons would be able to preach the homily at a given Mass, and would be able to serve as single judge in a canonical proceeding — these just two among other tasks and duties restricted to clerics.

The deacon's tasks are many. In addition to processing with the celebrating priest, addressing the assembly, proclaiming the Gospel and preaching, the deacon prays the universal prayer and dismisses the congregation at the end of the celebration.

However, most distressing to misogynists is the fact that the deacon ministers the chalice at the altar. That is, the deacon mixes the water and the wine for the sacrifice, fills the chalice, and hands it to the priest. At the showing of the consecrated elements, the deacon elevates the chalice. The deacon also assists with the distribution of Communion, most formally with the administration of the chalice.

While in many territories the fact of women at the altar as temporarily deputed lectors or acolytes is not in the least upsetting to the people of God, pockets of fear are fed by clerics and others for whom the very sight of a woman at the altar is sacrilegious. For a woman to touch the sacred vessels, let alone mix the water and the wine for the sacrifice, is scandalous in their eyes.

Such attitudes reach back into the history of ancient blood taboos, many of which are maintained in closed cultures today. Consider, for example, menstruation huts and the taboos regarding men touching women or of women touching objects.

Some 47,000 men, mostly married men, serve as deacons throughout the world, virtually all within diocesan and parish structures, and bishops around the world have warmed to the idea of including women among their ranks. Recall, it was the International Union of Superiors General that asked Francis to consider the ordination of women to the diaconate. Their request included the fact that women religious in many territories were already doing the work of deacons, so, why not ordain them?

The UISG sisters pressed their point in a very specific manner: The fact that they were already performing diaconal ministry potentially underscores their disconnect from the hierarchical church. The sisters who are working in parish structures may be employed by the parish, or their work may be missioner work as part of the charism of their institutes. 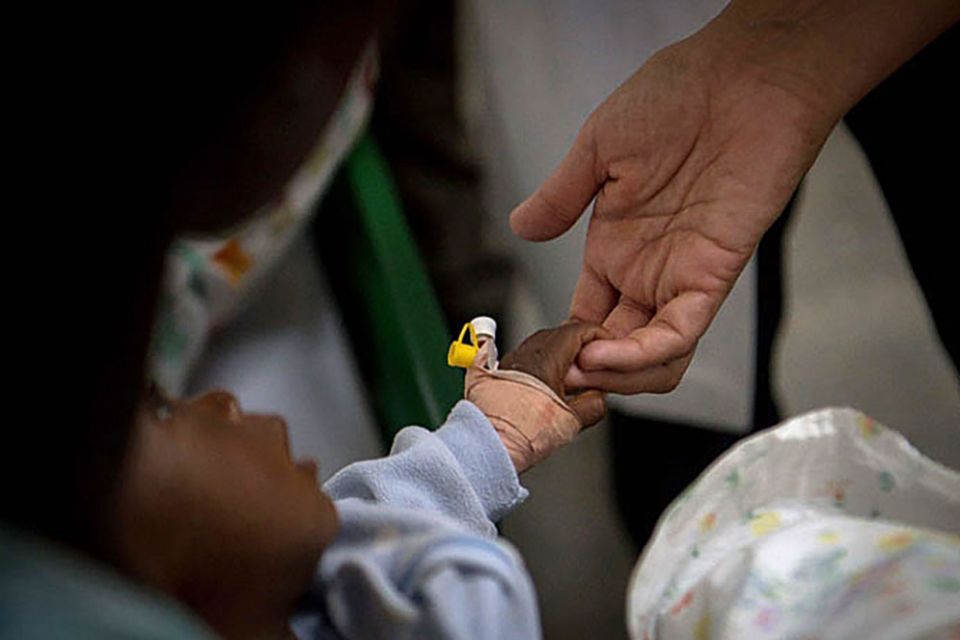 An Ursuline sister holds the hand of an infant patient in a cholera clinic in Verrettes, Haiti, in 2017. (CNS/Journey Press/Bryan Woolston)

Generally speaking, the diaconal works of women religious (medical clinics, food banks, educational initiatives) are largely self-funded. Hence, the UISG request strikes to the heart of the diaconal vocation and office in the church. It underscores the need for bishops and parishes to provide for the poor with diocesan resources, not replacing the many organizational works of women religious, but complementing them.

The unsaid question concerns the relationship between the deacon and the bishop. Historically, the deacon served as the diocesan bishop's "right hand," and women deacons functioned in that capacity both literally and figuratively. They anointed ill women as well as female candidates for baptism. At least one woman deacon, Anna, is remembered as the treasurer of Rome.

But as the ordained diaconate of women was increasingly repressed into abbeys and monasteries, its functions became increasingly, if not wholly, ceremonial. So, however, did the functions of male deacons become mostly ceremonial. Even so, within the abbeys and monasteries, women deacons were still needed to minister to ill sisters, in addition to their leading community prayer. Women consecrated as abbesses, often also ordained as deacons, still proclaimed the Gospel and preached to their sisters.

There is no church finding that women cannot be ordained as deacons, only the assumption that Canon 1024 ("Only a baptized male is validly ordained") applies to the diaconate as well as to the priesthood. However, when this law began to be codified, for the most part only men preparing for priesthood were ordained as subdeacons, then as deacons. Church opinion on the matter (Inter Insigniores, 1976, and Ordinatio Sacerdotalis, 1994) solely addresses the question of women priests. Is the church capable of seeing women, both secular and religious women, as bearers of the Gospel and as icons of Christ?