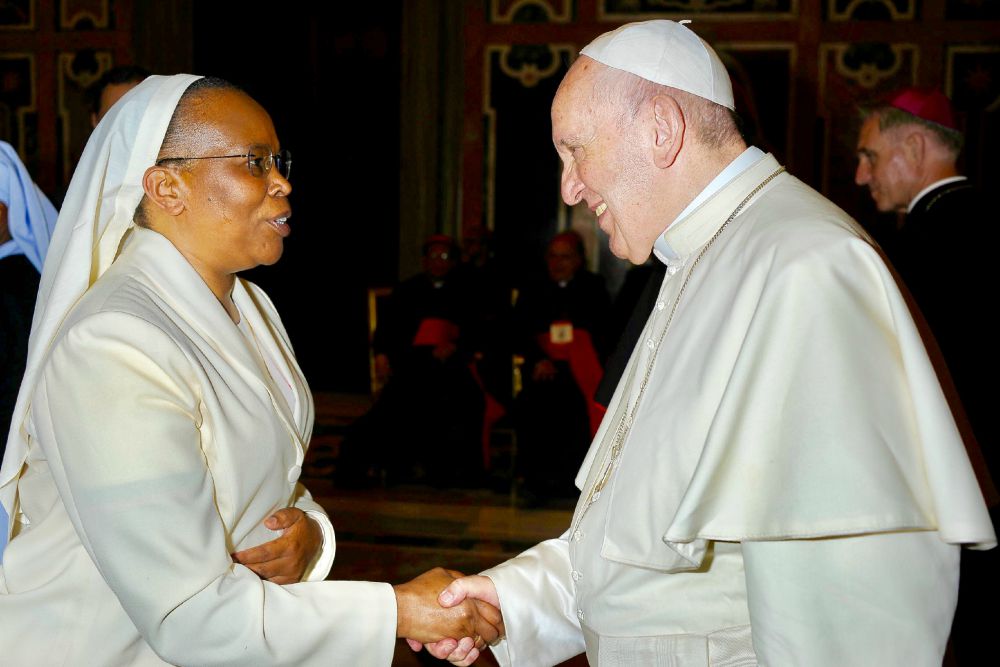 A number of African women were recognized at the Pan-African Catholic Congress on Theology, Society and Pastoral Life for their contribution to the continent's development. Among the awardees was Sr. Jane Wakahiu, a member of the Little Sisters of St. Francis.

Wakahiu was honored "for being a trailblazing woman religious" as the first African woman to be associate vice president of programs operations and head of Catholic Sisters Initiative at the Conrad N. Hilton Foundation, which is the major funder of Global Sisters Report. Wakahiu, who is from Kenya, is also the former executive director of the African Sisters Education Collaborative.

In her acceptance speech, Wakahiu recognized the efforts and services of other women, adding, "Sisters are an embodiment of a vital church in Africa."

"I accept this award in honor of so many Catholic sisters across the globe who are doing remarkable transformative work in underserved and marginalized communities," she said. "These women are silently going about their work, making a difference one life at a time, under very challenging circumstances."

The four-day biannual congress, which ended July 22 and was held at the Catholic University of Eastern Africa in Nairobi, Kenya, focused on the achievements of African women and aimed to demonstrate solidarity "in building a better society where African women will always flourish." The theme of the gathering was "Walking Together for a Vital Church in Africa and in the World." 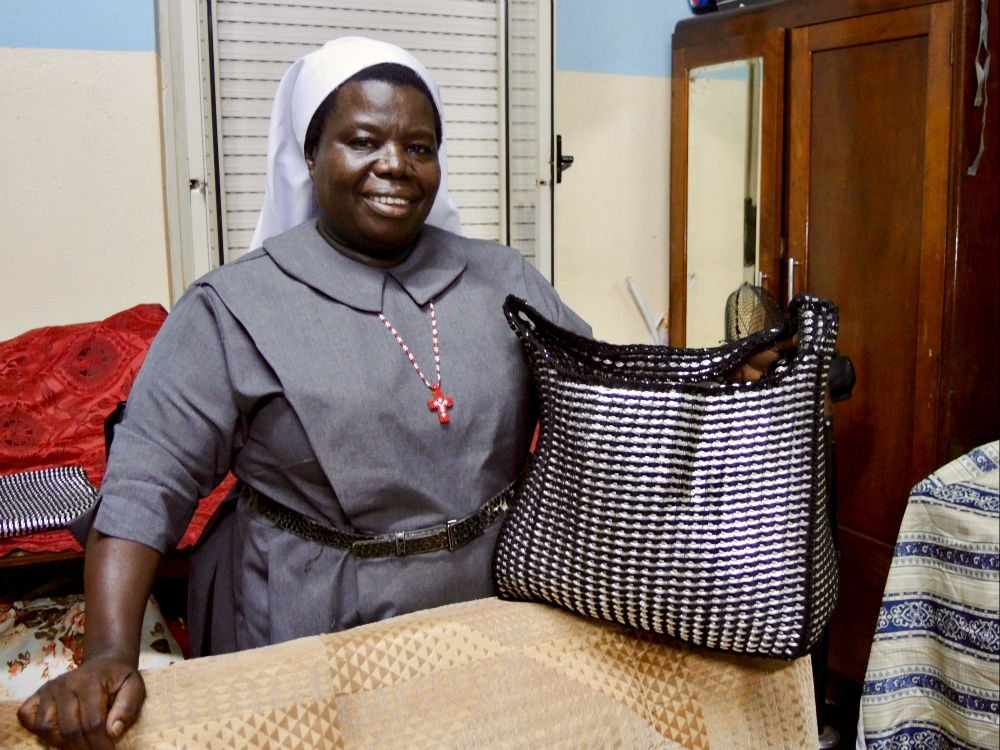 Other sisters and religious organizations were recognized alongside Wakahiu throughout the conference, including Augustine Sr. Angélique Namaika of Dungu-Doruma Diocese in the Democratic Republic of Congo, who was awarded for her "courageous spirit and faith-filled ministry to the most vulnerable."

Sacred Heart of Jesus Sr. Rosemary Nyirumbe from Uganda was awarded for her work with those traumatized by violence, war and forced displacement. From Senegal, Sr. Anne Béatrice Faye — a member of the Sisters of the Immaculate Conception of Castres — was recognized for her academic accomplishments and representing Africa in her work with the Vatican.

Finally, the Association of Consecrated Women in Eastern and Central Africa was honored for empowering women religious and establishing a strong network of Catholic sisters as the region's leadership conference of sisters.

Related: Q & A with Sr. Rosemary Nyirumbe, using fame as a springboard to shout

The Loretto Community has honored Irish Ambassador Geraldine Byrne Nason for her work and commitment to women, girls, peace and disarmament by giving her the Sadako Award.

"She has also been a wonderful champion for the education of adolescent girls," Loretto U.N. representative Beth Blissman said in an Aug. 11 announcement of the award, which was given to Nason during an Aug. 12 Zoom gathering. 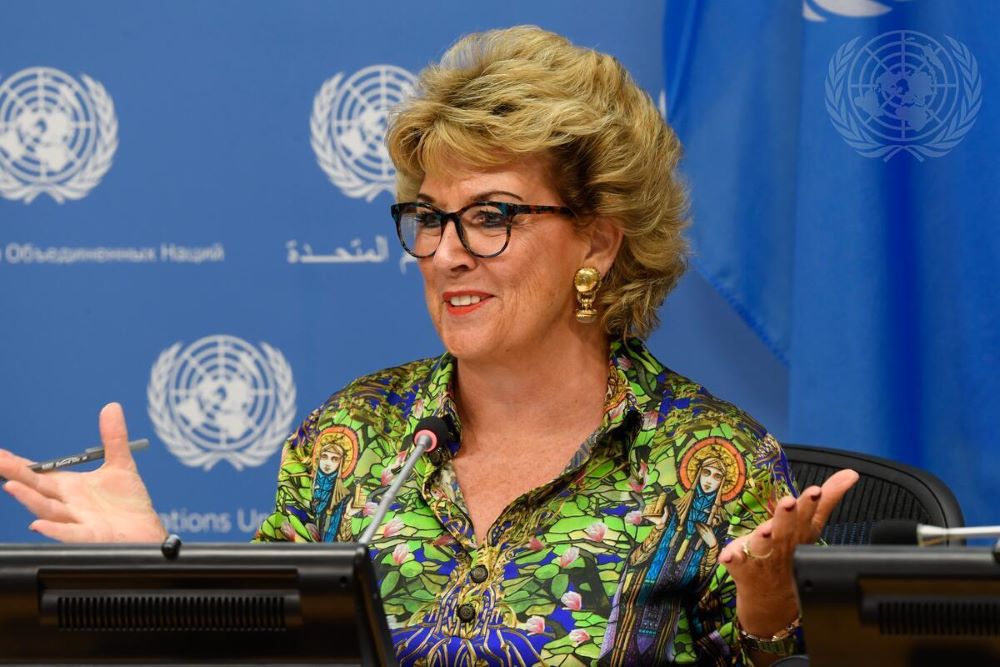 The periodic award is named after Sadako Sasaki, who survived the U.S. atomic bombing of Hiroshima, Japan, in 1945 but died at age 12 in 1955 from illness caused by radiation. She is best remembered for making hundreds of origami cranes as a symbol of peace.

Nason, who was educated by Presentation Sisters in Ireland, said in the Zoom gathering that working with sisters and other congregational representatives has been a highlight of her time at the United Nations.

"I owe a debt of gratitude to all of you," she said.

The diplomat said the work for peace is challenging and cannot be done without "women at the table."

Citing the work of women involved in peacemaking in Northern Ireland, Nason said ongoing crises in Afghanistan, Ethiopia, Ukraine and Yemen cannot be solved without the participation of women.

"Inclusion of women," she said, "leads to a more sustainable peace."

A Maryknoll sister named as one of 20 new Ambassadors of Peace by Pax Christi USA says the honor is not about her work alone but is a recognition of the importance of peace as a way of life. 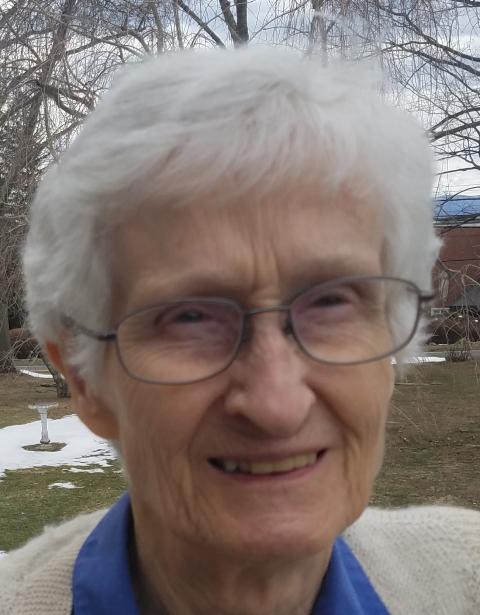 "We were told this is not an award but a commissioning to do all we can to bring peace to our warring world," Sr. Jean Fallon said in a statement issued by her congregation Aug. 11. "The only way this can happen is if everyone would begin to focus on world peace. It is more than pacifism; it is a spirituality, and a way of life. Instead of solving our disagreements by means of violence and war we must use our creativity to build new ways of building and keeping peace."

The Pax Christi USA National Council announced the designation of the new Ambassadors of Peace in June, and the new ambassadors were commissioned in Washington, D.C., as part of an Aug. 5-7 conference marking the organization's 50th anniversary.

The ambassadors were selected for being "extraordinary and experienced leaders within the Pax Christi USA community who serve as living embodiments within the movement and beyond of what it means to live a life rooted in the 'peace of Christ,' " the congregation said in its announcement, adding that they are being honored "for the contributions they have made in preaching, teaching and practicing gospel nonviolence, peacemaking, anti-racism, reconciliation and justice."

Fallon has a long history of peace activism, beginning 43 years ago when she was a missionary in Japan and became acquainted with survivors of the U.S. bombings of Hiroshima and Nagasaki. That led her to conduct justice and peace ministry programs in Tokyo, as well as seminars at parishes in the United States.

She also served with the Maryknoll Office for Global Concerns and continues to participate at peace and justice rallies. Fallon has also worked with Community Peacemaker Teams, formerly Christian Peacemaker Teams, an interreligious organization dedicated to promoting peace and nonviolence in various parts of the world. 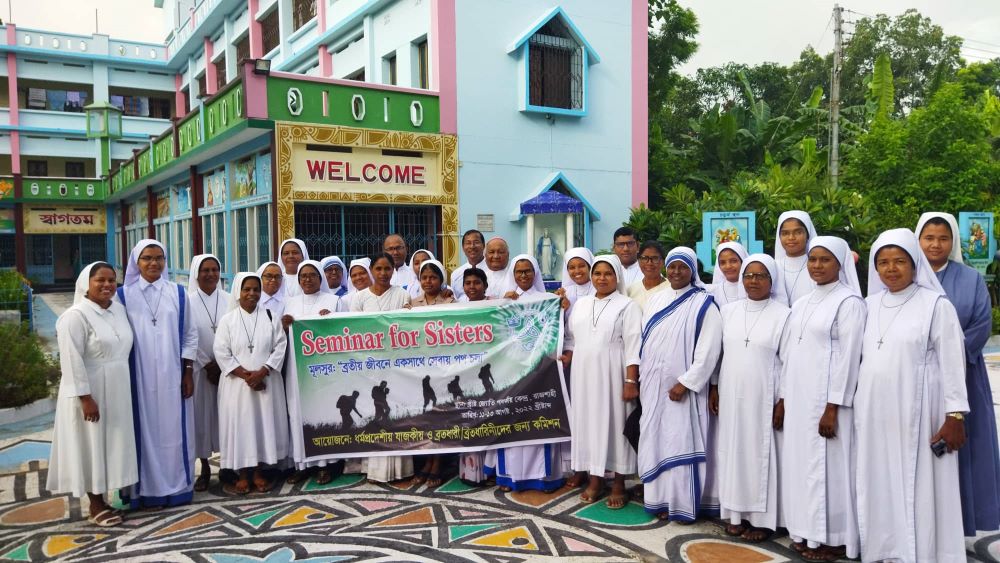 Participants of the Aug. 11-13 "Seminar for Sisters" at the Pastoral Center in Rajshahi pose for a photo Aug. 12. (Sumon Corraya)

A total of 32 Catholic nuns participated in a three-day "Seminar for Sisters" in Rajshahi, Bangladesh, to focus on their shared journey in consecrated life.

The Rajshahi Diocese's Clergy and Religious Commission conducted the Aug. 11-13 seminar, led by Sr. Nirmola Gomes, a member of Sisters of Charity of Sts. Bartolomea Capitanio and Vincenza Gerosa, and Bishop Gervas Rozario.

Fr. Michael Corraya, secretary for the Clergy and Religious Commission, told GSR that the seminar was meant to help sisters overcome challenges.

"Community life sometimes has conflicts, problems, and we want to remove these challenges. Through collaboration and an open mind, they can overcome them," said Corraya, a priest at Nobai Bottola parish in Rajshahi.

Gomes, who is a house superior of the Nobai Bottola convent, said in the seminar that although community life is sweet, it can sometimes be bitter if the nuns have poor relationships with each other.

"If nuns have the mentality of accepting one other, being patient and listening to others, all relationship problems will be solved," Gomes said in the seminar.

Participants told GSR that the seminar helped them to understand each other so that they can collaborate in community life, make their religious life more joyful and meaningful, and increase their religious vocations.

"In community life, I should not see others' mistakes, but instead how I can change myself and should accept others and myself. I have learned that this is how I can stay well in community life," said Sr. Teresa Marandy, a member of Catechist Sisters of the Immaculate Heart of Mary, Queen of Angels, a participant of the seminar.

She also said that to increase religious vocations, congregations should do more family visits.

"Nowadays, young girls are not much interested in entering in religious life. Therefore, we nuns should make contact with girls and visit their families," said Marandy, a Santal tribal nun from Andharkota parish. "If we can create a healthy relationship and inspire them, we could increase our religious vocations. That we learned from the seminar."