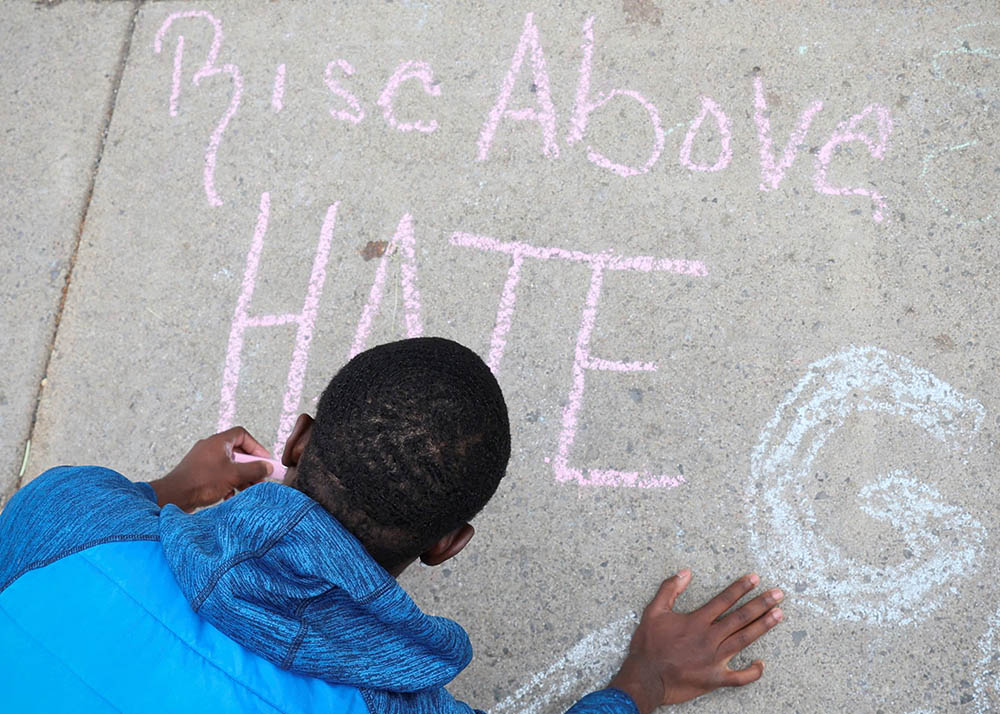 A boy writes a message on a sidewalk May 18 in Buffalo, New York, where a mass shooting took place May 14 at a Tops supermarket. (CNS/Reuters/Brendan McDermid)

The National Black Sisters' Conference, the Leadership Conference of Women Religious and several U.S. congregations released statements condemning white supremacy and gun violence following the May 14 shooting at a supermarket in Buffalo, New York, in which 10 Black people were killed.

The National Black Sisters' Conference said in a statement that it stands "in solidarity and in grief" with the families of those killed and demanded action and justice.

"We are outraged and saddened by this irrational act of violence, which has caused untold suffering and loss for our nation and the loved ones of the deceased," the statement said. "As people of faith we must cry out for justice! We stand in solidarity and prayer with the families of the deceased and we demand that our nation, once and for all, ACT to end gun violence, which is destroying communities of color; to denounce white supremacy and all groups that espouse hate and perpetuate violence against African Americans, people of color, the LGBTQ+ community, the Jewish community, the disabled and anyone, who is labeled 'different' and therefore unworthy to exist."

The conference also called for action.

"We call upon our Catholic Bishops and all leaders of faith to work as diligently to protect the lives of the living as the lives of the unborn," it said. "Finally, we call upon all people of good will to speak truth to power, and to work unceasingly for justice."

LCWR, which represents 80% of women religious in the United States, wrote in a May 18 statement: "Racism, whether the institutional racism which privileges some at the expense of others or the daily acts of hate and discrimination, diminishes us all. It denies that most profound truth, that all of us are created in God's image and each of us is entitled to lives of dignity and respect." 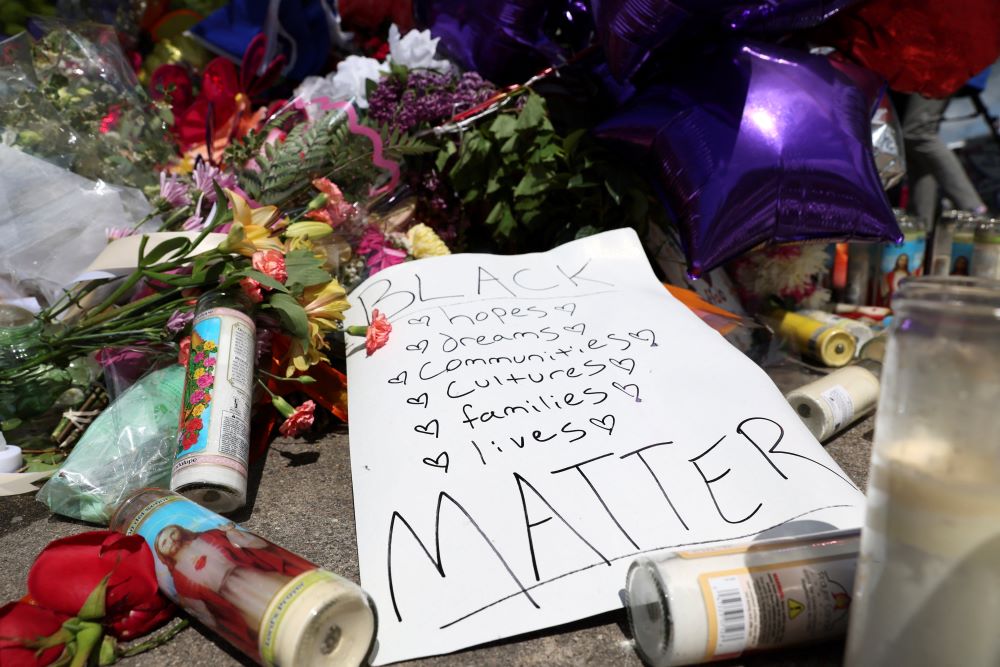 A memorial in Buffalo, New York, is seen May 17 in the wake of a weekend shooting at a Tops supermarket. A white man is accused of killing 10 people and injuring three. Eleven of the victims were Black. (CNS/Reuters/Brendan McDermid)

The organization also included recognition that it is a "predominantly white organization" and acknowledges "our complicity in institutional racism," asking forgiveness from "our sisters and brothers of color."

"It is time for bold, decisive action," the statement continued. "We pledge to raise our voices and to act to end the violence and white supremacy which has cost us dearly. In the wake of the horror of Buffalo, we rededicate ourselves to LCWR's commitment to dismantle systemic racism and white privilege and effect transformative change in our hearts, our organization, and our society and we pledge anew to build God's beloved community."

The general council of the Adrian Dominican Sisters also condemned the "murderous rampage" in a May 17 statement, saying that "this heinous act of domestic terrorism is a threat to all of us."

"It calls on us to do all we can to expunge the underlying sin of racism and white supremacy that perdures in our nation and finds expression in such horrifically lethal extremism. It is a soul sickness that runs contrary to our loving God whose image and likeness is revealed in each and every one of us living together on this our common Earth home."

On May 20, the congregation issued a statement of support for the National Black Sisters' Conference statement.

The leadership team of the Sisters of Mercy of the Americas noted in a May 16 statement that "inadequate gun regulations" contributed to the racially motivated killing spree and called out "the danger of white supremacy and the imminent harm of this ideology" toward nonwhite individuals.

"An individual acted on Saturday, but he was not alone," the statement continued. "Every person, politician, news outlet and social media platform that espouses white supremacy ideology from across the country was with him. Every legislation designed to disenfranchise and erase persons of color is part of this same hate-based ideology. We condemn the systemic racism and culture of white supremacy in this country in the strongest terms."

The Mercy Sisters noted that they have had a presence in the Buffalo community since 1858, and "we are confident that the resiliency of Buffalo will always be stronger than hate, and we will work together to bring about the day when such resiliency is no longer necessary."

The Humility of Mary sisters, associates and covenant companions committed to action in response to the killing, including "a renewed advocacy for gun control; prayer for healing for all victims and survivors of violence; call for an end to racism and violence in all forms; and continuing to deepen our own awareness that racial justice is an essential part of the Gospel call."

Four Catholic sisters joined the communion of saints May 15 in a celebration that gathered roughly 45,000 pilgrims from around the world in St. Peter's Square for the canonization of 10 new saints.

The four sisters were: 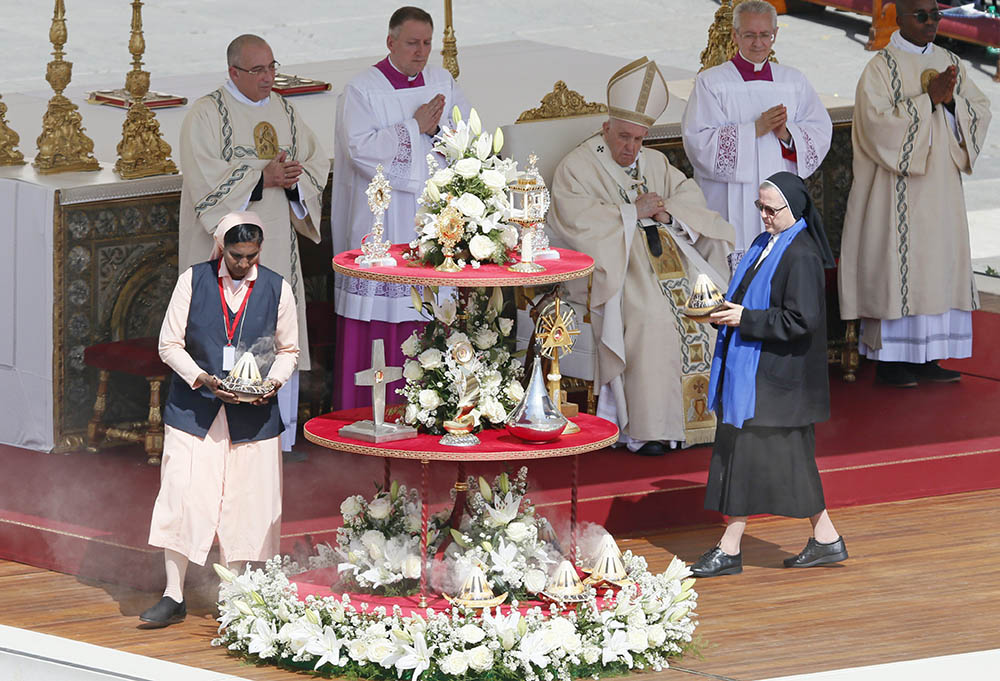 Pope Francis celebrates Mass for the canonization of 10 new saints, including four women religious, May 15 in St. Peter's Square at the Vatican. (CNS/Paul Haring)

"They discovered an incomparable joy, and they became brilliant reflections of the Lord of history," the pope said in his homily, according to Catholic News Service. "May we strive to do the same, for each of us is called to holiness, to a form of holiness all our own."

Webinar on aging in religious life

As part of a series that will focus on the challenges that religious communities face in caring for their elderly members, the Religious Formation Conference in collaboration with SOAR (Support Our Aging Religious) is offering a webinar from 1 to 2:30 p.m. Central time on Tuesday, May 24.

The webinar, "Embracing Age: Lessons in Aging Well from Women Religious," is free to the public.

In a society where aging "well" or not appearing to age at all has become a modern American preoccupation, epidemiologists and gerontologists have found that, statistically, American Catholic women religious "experience better health outcomes than their lay peers," the event description said.

Anna Corwin, author of Embracing Age: How Catholic Nuns Became Models of Aging Well, will explore the myth of "successful aging" in this webinar and how aging is understood in mainstream America. Corwin, also an associate professor of anthropology at St. Mary's College of California, will draw from ethnographic data in one Franciscan convent and will present an alternative model "in which aging is embraced as a natural part of the life course."

Register here for the event.

Katie Boller Gosewisch began as the new executive director for U.S. Catholic Sisters Against Human Trafficking on May 17. 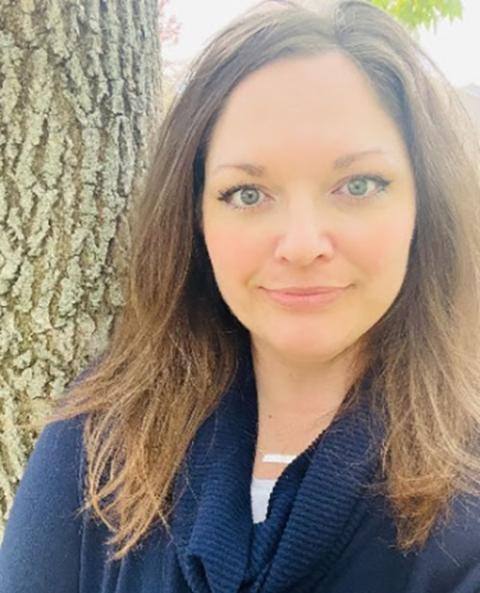 The member-based coalition includes 110 religious congregations and more than 70 individuals and groups throughout the United States.

According to the press release announcing the appointment, Boller Gosewisch has 20 years of experience in program management and leadership in nonprofits, and she was previously the executive director of Living at Home Network and WeCab, which served vulnerable populations with resources including transportation, affordable housing, and medical care.

"Katie has the necessary skills, experience, and passion to lead us into a mission-centered future in our priority areas of education, advocacy, and survivor support," Immaculate Heart of Mary Sr. Ann Oestreich, president of the board, said in the press release.

"I am tremendously honored to be chosen to lead USCSAHT as we work to realize a world in which trafficking is eradicated and the innate dignity of the human person is recognized and upheld," she said in the press release.