by Almudena Calatrava , The Associated Press
News
Religious Life
This article appears in the Abuse of sisters feature series. View the full series. 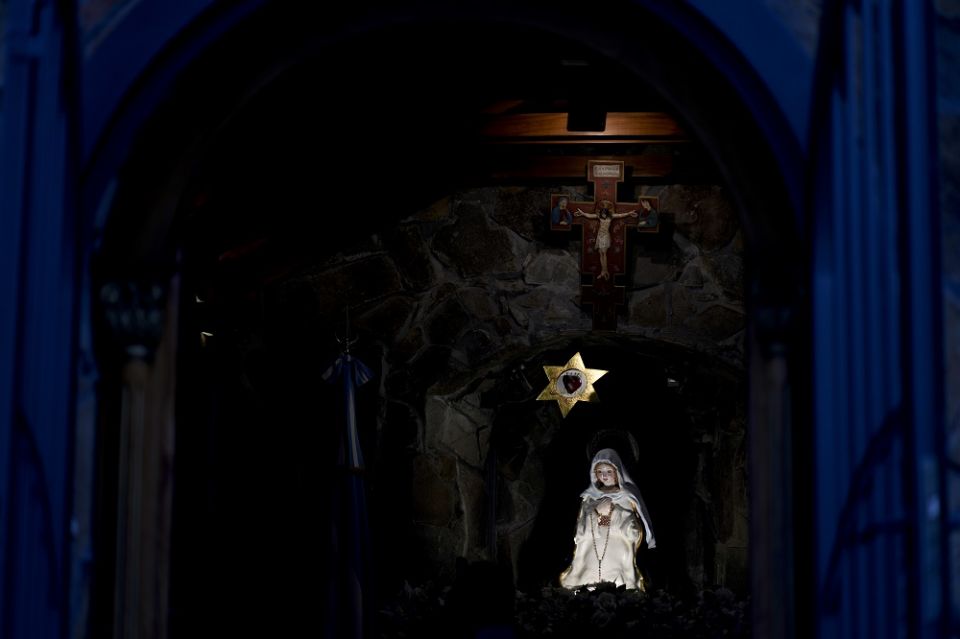 Buenos Aires, Argentina — Several feminist groups are calling for protests May 3 in support of a community of cloistered nuns who have caused shockwaves by accusing the archbishop of a northern Argentine province and other church officials of gender-based psychological and physical violence.

The pairing of feminists and Carmelite nuns is unusual in a country at the forefront of Latin America's women's movement where activists are often at odds with the Roman Catholic Church. The support illustrates how rare it is for this type of dispute to make it to the courts.

A court hearing set for May 3 was called off May 2, when the defense said the archbishop of Salta province, Mario Antonio Cargnello, will be participating in a meeting of the Episcopal Conference of Argentina outside Buenos Aires. A future date for the hearing has not been set.

"It's historic in the feminist struggle for a bishop and other religious leaders to be warned in this way by the courts," said Tania Kiriaco, legal adviser to the Gema, Gender and Masculinities Foundation, which is one of several groups calling for activists to protest May 3 outside the nuns' convent in Salta to express their support for them.

In a twist in the case, the Vatican had earlier sent an envoy to look into the complaints by the nuns, but Bishop Martín de Elizalde has become a defendant in the case himself. He is accused of consenting to the abuse but not actually carrying it out.

The 18 nuns who are part of the San Bernardo Convent of Discalced Carmelites filed a judicial complaint April 12 against Cargnello, Elizalde and Fr. Lucio Ajalla.

The nuns have issued a "desperate cry for help" because "they feel violated as women," their lawyer, Claudia Zerda Lamas, said. The nuns, she added, have "consistently felt scared" due to threats from Cargnello over the past few years, including warnings they could be expelled from the congregation.

The nuns also accuse the archbishop of economic harm by supposedly blocking the appointment of a new prioress, which makes it difficult to run the monastery.

Eduardo Romani, a counsel for the archbishop, denies all accusations against his client and says there is more to the story than meets the eye. The other two defendants have yet to declare their own counsels before the court.

Cargnello has long had a dispute with the nuns over the "Madonna del Cerro," a popular figure in Salta who a woman in the province said appeared to her in a vision in the 1990s. Cargnello does not recognize the figure, but the nuns do.

Lawyers for the nuns are hesitant to release many details of the accusations against the defendants amid a gag order imposed by the judge. But they did specify two instances of alleged abuse. One involved threats made by Cargnello during a wake for one of their sisters after he saw an image of the "Madonna del Cerro" close to the coffin.

One of the nuns was filming the wake and Ajalla lunged at the nun to take the camera. When the prioress recovered the camera from Ajalla, he and Cargnello both allegedly hit the prioress' arms to get her to drop it, according to Zerda Lemas.

Romani, of the defense, suggested the courts look into those who are administering properties owned by the nuns.

"We are waiting for the real backstory to be investigated," he said.

The conflict with the nuns comes after a court in March sentenced Gustavo Zanchetta, who was a bishop from 2013 to 2017 in the town of Orán in Salta, to more than four years in prison for sexual abuse of two former seminarians.

As Quebec nuns die of COVID-19, government vows to help