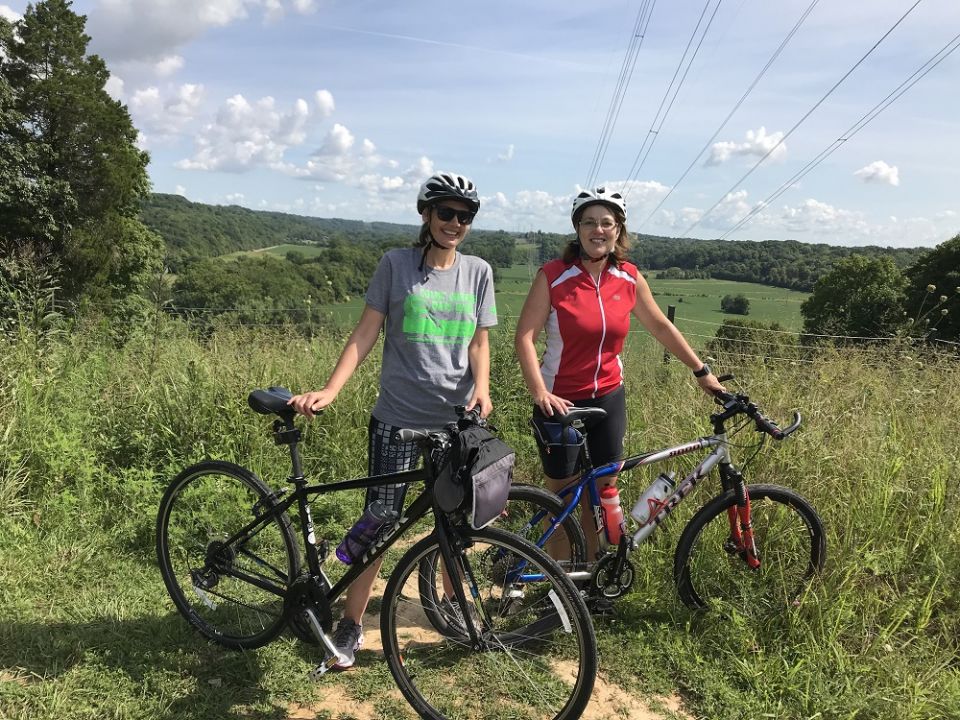 Sr. Chris Kunze, left, and Sr. Lisa Polega, both Sisters of Charity of Nazareth, pause while riding the Parklands of Floyds Fork in Kentucky. (Courtesy of Cycling With Sisters)

In October 2017, a group of people, including at least five sisters, rode their bikes 100 miles from Erie, Pennsylvania, to the annual Communicators for Women Religious conference in Niagara Falls, Ontario, in one day to promote the social justice work of sisters.

They called the event Cycling With Sisters, and Immaculate Heart of Mary Sr. Maxine Kollasch, co-founder of A Nun's Life Ministry, hosted the livestream on Facebook for the event* while Global Sisters Report live-blogged from the group's stops along the way.

Now, Cycling With Sisters is back with a series of rides of various lengths planned this summer in various locations. The purpose, besides the fun and health aspects of bike riding, remains the same: to draw attention and attract laypeople to the social justice work sisters do every day.

"The emphasis of Cycling With Sisters is on cycling with sisters," said Immaculate Heart of Mary Sr. Ann Oestreich, who is organizing one of the rides*. "They're for sisters and anyone interested: associates, donors, families, volunteers, employees, groups from sponsored institutions. They're for everybody interested in whatever part they're able to do."

Oestreich said the Cycling With Sisters events have drawn an amazing amount of interest.

"It's one of those ideas that attracted attention all by itself, almost," she said.

"Whenever we've talked to people, [Cycling With Sisters] has generated its own kind of energy," said Kollasch, who is also organizing rides, along with members of Communicators for Women Religious and Donna Heckler of the DAH Group*. "That tells us the idea has some power to attract people."

The rides are also symbolic: For example, many parts of the world rely on bicycles for transportation, which can open up conversations among participants on climate and standards of living, and bikes were once associated with women's independence, Oestreich said.

"To take all of those things to create a ride that's focused on social justice is just too much fun to pass up," she said.

That fun also runs counter to much of the current narrative about religious life.

"We hear a lot about diminishment, but when you've got 150 people cycling with sisters, that's active and engaged and moving forward," Oestreich said. "It's another side of religious life we can bring to the fore."

Social media will again be a key part of the rides, Kollasch said.

"One of the things we learned from the Motherhouse Road Trips: Whether or not people actually go to the podcast, they want to be part of that journey," she said. "With social media, for people who can't go on that ride, they can still come on the journey with us."

So far, rides are planned for Prince Edward Island on June 6; Monroe, Michigan, on July 17; Clinton, Iowa, on July 25; and a two-day ride from South Bend, Indiana, to Chicago starting Sept. 11. More may be added. All rides are open to riders of all abilities, Kollasch said, but the South Bend ride will have more emphasis on keeping up with the group so riders can stay together.

Cycling With Sisters is funded in part by the GHR Foundation and organized in collaboration with Communicators for Women Religious. 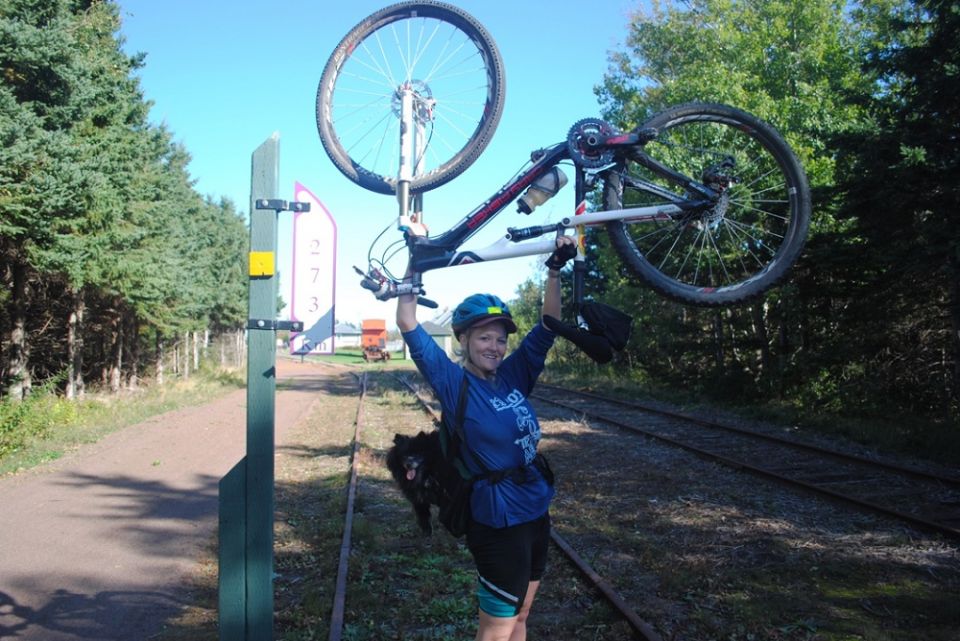 Sr. Libby Osgood of the Congrégation de Notre-Dame celebrates the end of a three-day, 160-mile ride across Prince Edward Island, Canada. (Courtesy of Cycling With Sisters)

*This story has been updated throughout to clarify these statements.

Workshop empowers us to raise our voices for the voiceless