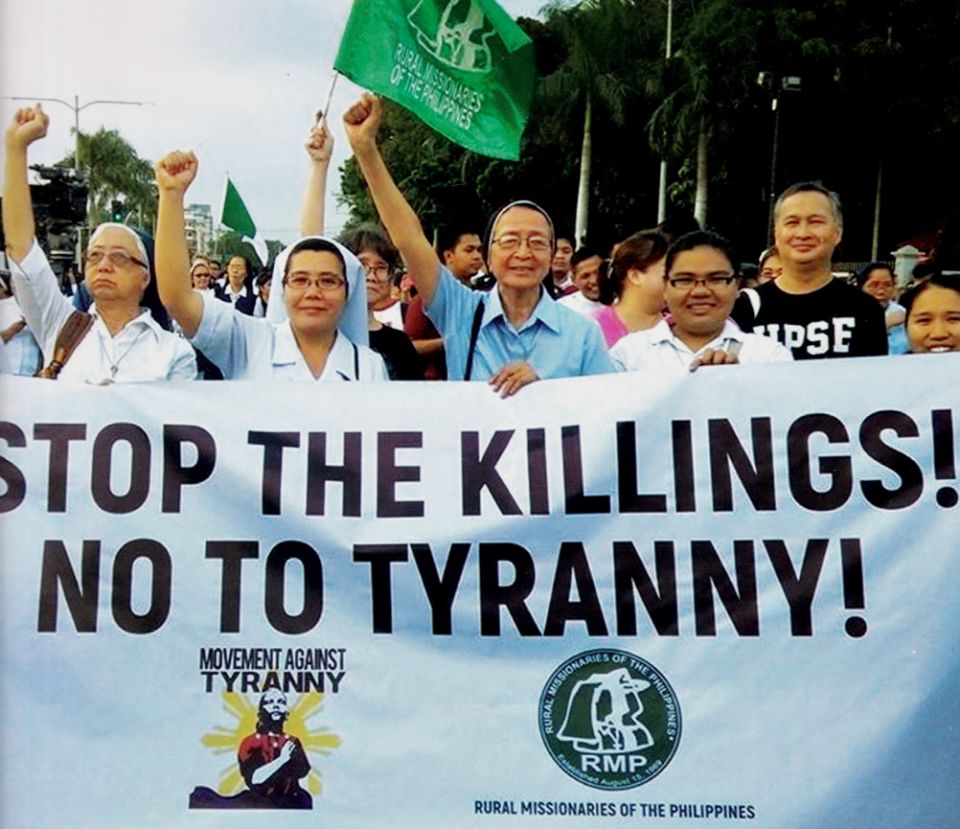 Catholic nuns from an intercongregational task force in the Philippines* have denounced a criminal charge by the state accusing them of financing terrorism and violating the country's anti-terrorism law.

The nuns from the Rural Missionaries of the Philippines (RMP) issued a statement Aug. 18 to denounce the criminal charge filed Aug. 15 by the Department of Justice.

The statement says the nuns have been forced to defend their position as the allegation of terror financing was the "demonization" of their missions in the Philippines.

"All these allegations and charges were not based on solid evidence and had demonized the works of our religious congregation," the nuns said in a statement.

The case has affected their works in the Catholic Church, particularly their presence in farming and fishing villages, they said.

"The accusations have negatively affected our various ministries in sustainable agriculture, education, health, environment protection, and defense of humans. When our fight for the common good is at stake, especially the interests and rights of the poor and the marginalized, we must speak," they added.

The Department of Justice filed a criminal charge against 16 individuals, including five nuns from the congregation, for a non-bailable offense of allegedly giving and soliciting funds for the Communist Party of the Philippines (CPP) and its armed wing, the New People's Army (NPA).

The justice department earlier said that the sisters failed to refute the allegations and charges against them, which led the prosecutor to believe there was probable cause to indict them of the charge.

The nuns, however, said their indictment was part of government repression to silence dissenters, particularly critics of two political families accused of massive human rights violations.

"This is part of the worsening state of repression against human rights defenders, especially those who are against the policies of two former Presidents Ferdinand Marcos, Sr., and Rodrigo Dutere ... Why is the government- especially from Duterte to Marcos, Jr., hell-bent on using all resources at its disposal to shut down the congregating for good?" the religious sisters asked.

The sisters expressed their concern about the alleged concocted testimonies of two former members of the NPA who testified that their congregation had been helping terrorists.

"In exchange for her mother's release, she [one of the government's witnesses and former NPA member] executed a spurious statement accusing RMP members of channeling funds to the CPP-NPA," they said.

The nuns also noted that the method of extracting information from purported former communist members was a technique of the former administration against its critics.

"The Marcos, Jr's government is using the same playbook by predecessor [Rodrigo] Duterte by demonizing legal democratic organizations such as RMP which provide much-needed services to the people and putting its members in direct harm's way," the statement said.

The nuns termed the allegation of terrorist financing as "preposterous" as they claimed that "all our projects and activities are well-documented, reported and accounted for."

Bishop Arturo Bastes, retired bishop of the Sorsogon Diocese, said that by charging the nuns, the state intended to send a "chilling warning" to silence Marcos and Duterte dissenters in the Catholic Church.

"The message is very clear. Those who want to criticize the present [Marcos] administration should think twice or suffer the consequence of facing criminal prosecution," Bastes told UCA News.

Catholics have also expressed dismay over the charging of the nuns.

"How can I say something against Marcos if priests and nuns are being threatened to go to jail? If religious congregations are charged, they can afford lawyers. But an ordinary employee like me can't afford it," Manila parishioner Rommel Ducut told UCA News.

*An earlier version of this story incorrectly identified the type of organization.

Read this next: Deported from Philippines, Sr. Patricia Fox stays in solidarity over the distance

Women's voices in journalism are essential to true history

Vatican won't say if women can vote in 2023 church meeting