Editor's note: This story was updated at 4 p.m. Central time June 30 with comments from Gemma. 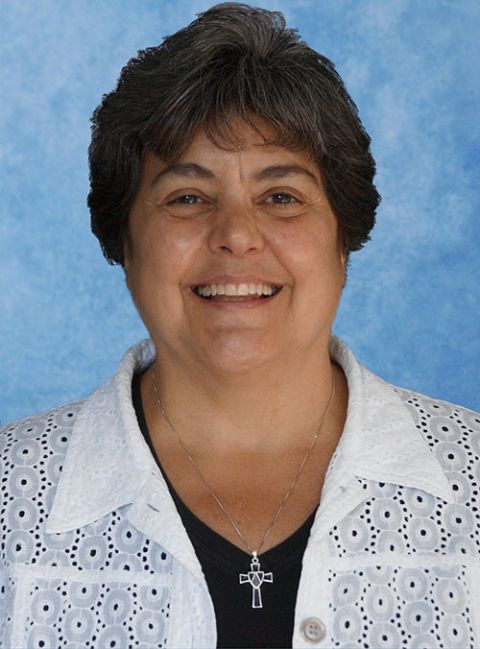 Sr. Rebecca Ann Gemma of the Dominican Sisters of Springfield, Illinois, will join the triumvirate presidency of the Leadership Conference of Women Religious.

LCWR members voted online June 5 to June 26; the results of the election were announced June 28.

Gemma will become president-elect at the close of the annual LCWR assembly, which will again be held virtually Aug. 11-13 because of the pandemic.

LCWR has what is essentially a three-person presidency. Sr. Jayne Helmlinger, a Sister of St. Joseph of Orange, California, will leave the presidency at the end of the assembly. President Sr. Elise García, an Adrian Dominican, will become past president, and president-elect Sr. Jane Herb of the Sisters, Servants of the Immaculate Heart of Mary will become president.

Gemma has been a member of LCWR for 16 years and is prioress of her community. She has served as a regional chair for LCWR, been a member of its national board, and served on several conference committees. She holds a master's degree in clinical social work and a master's degree in education administration. Her ministry experiences have included service as a trauma counselor, principal and educator.

"LCWR has played a vital role in the transformational leadership of congregations of Catholic sisters throughout the years," Gemma said in a written statement. "I look forward to serving the 49,000 Catholic sisters served by LCWR during these coming years, as we strive to dismantle racism and embrace a leadership of mutuality and reconciliation."

Gemma notified the members of her congregation of her election with an email thanking the sisters for their prayerful support during her discernment.

"I trust the Spirit will guide all of us as this unfolds," she wrote. "My prayer is that this service will enrich all of us as we continue our presence and preaching for the life of the world."

Sr. Rose Marie Jasinski of the Sisters of Bon Secours was also a candidate for the presidency.

Elected to the national board were:

Distancing is not isolation: building community in a time of physical separation