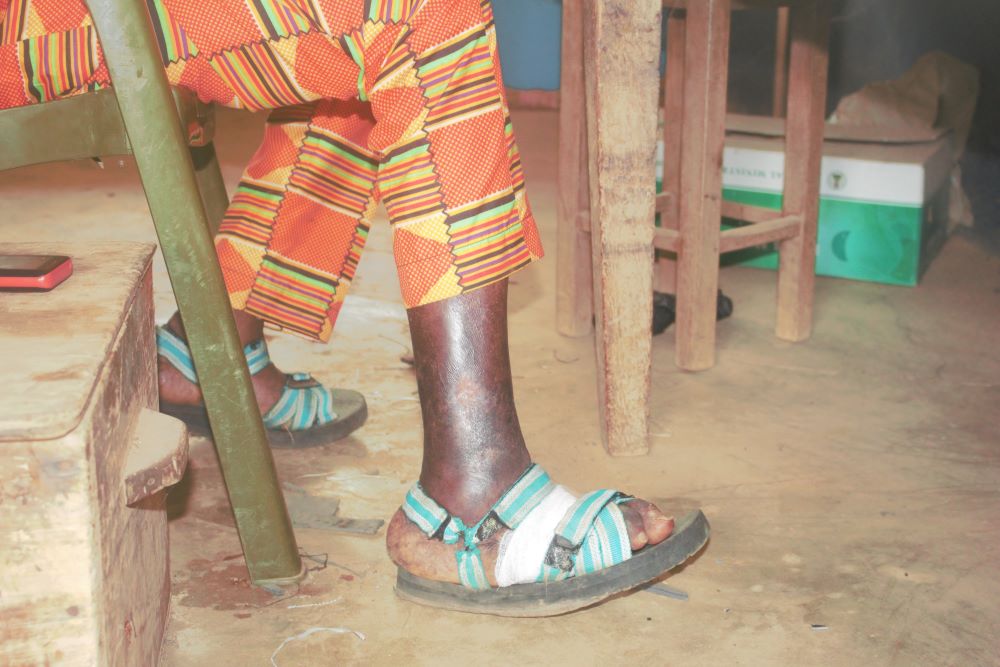 Ivo Mathew's foot and leg show the permanent effects of leprosy. He was diagnosed with the disease in 1998 at age 24 and recovered after treatment at St. Patrick's Mile Four Hospital, a Catholic hospital that the Medical Missionaries of Mary run in the Nigerian capital city of Abakaliki. (GSR photo/Valentine Iwenwanne)

In June of 1998, Ivo Mathew, a 24-year-old bricklayer, started noticing mysterious red skin patches on his right leg. Once the patches developed into a leg ulcer, he was referred to St. Patrick's Mile Four Hospital, a Catholic hospital that the Medical Missionaries of Mary run in the Nigerian capital city of Abakaliki.

To his surprise, he was diagnosed with leprosy.

Approximately 97% of Nigeria's population, including Mathew, lives without health insurance, including Mathew. It took him more than a year to recover from the ailment, after receiving free outpatient treatment at the sister-run hospital for roughly 18 months.

"My leg ulcer had become obvious to the extent that I was stigmatized by my own brothers when they learned about my condition then," he told Global Sisters Report. "They started staying away from me, even when I tried to dialogue with them." 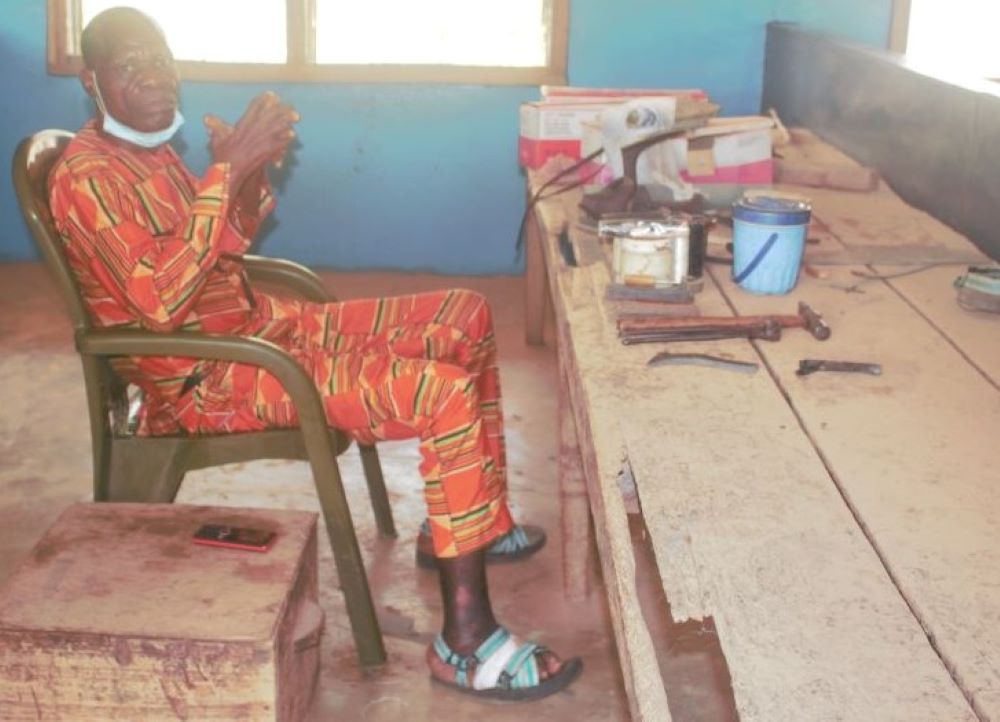 Ivo Mathew, who was treated for leprosy at St. Patrick's Mile Four Hospital, has recovered from the disease and now works as a cobbler. (GSR photo/Valentine Iwenwanne)

Mathew, now cured of leprosy, has been resettled into his community, though deformities from the ailment are still obvious, including scarring, claw toes and discolored skin patches on his leg. The hospital has since hired Mathew as a shoe cobbler, and he trains patients with leprosy who are interested in the vocation. "I sometimes go on outreach with the Medical Missionaries of Mary sisters and doctors to share my experience with other patients, using myself as an example," he said.

Like Mathew, many Nigerians have no awareness of leprosy (also known as Hansen's disease), a mycobacterial infectious disease that affects the skin, eyes, respiratory tract or peripheral nerves. It is believed to be transmitted by droplets from the nose and mouth through close contact with untreated cases.

Though the World Health Organization registered about 200,000 new cases of leprosy in 2019, according to the Nigeria Centre for Disease Control, more than 3,500 new cases are diagnosed annually in the country, with 25% of cases causing permanent deformities.

With an exceptionally large population infected with HIV (roughly 3.2 million people) — as well as poor diagnosis, a fragile health care infrastructure and mass emigration of skilled medical practitioners — the prevalence of leprosy remains a significant public health concern in Nigeria. 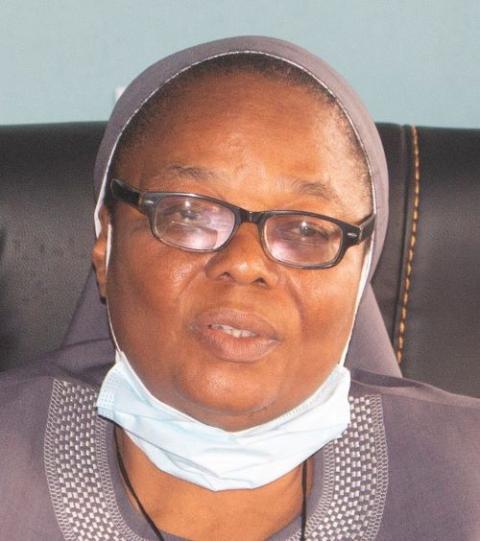 "The wrong beliefs that it is contagious, hereditary or ordained punishment, and the fear of rejection by family and friends, deter victims from seeking early care if they suspect leprosy and discourage those cured of integration back into their communities," Dr. Osagie Ehanire, Nigeria's minister of health, said at a February WHO press briefing.

Factors including inadequate medical facilities, stigmatization, high drug costs and sub-standard drugs ensure that cases continue to increase. And while pockets of the endemic can be traced in almost every state in the country, citizens still put off seeing a doctor.

Founded in 1946, St. Patrick's Mile Four Hospital began as a leprosy hospital before starting tuberculosis care in 1958. Today, the hospital provides other services, such as maternal and neonatal health care. The Diocese of Abakaliki owns the hospital, while the Medical Missionaries of Mary sisters run the tuberculosis and leprosy project. (The German Leprosy and Tuberculosis Relief Association and the U.K.-based charity St. Francis Leprosy Guild financially support the programs.)

The hospital's leprosy unit has 44 patient beds, while the tuberculosis unit has 264 beds.

Medical Missionaries of Mary Sr. Charity Munonye, the hospital administrator, said their work goes beyond hospital visits and admissions. Services include outreach to remote villages four times a week, focusing on early detection of leprosy through contact tracing and education.

"Seeing people recover and feel accepted by everybody around them, including those that had initially ostracized them, motivates me to think less of myself and more of them," Munonye said. 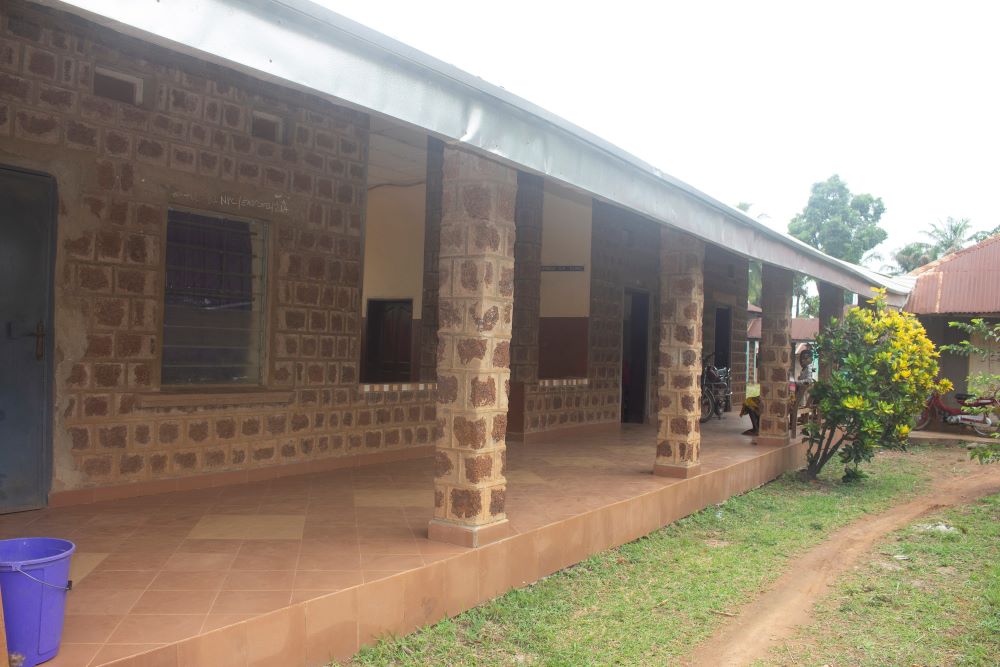 St. Patrick's Mile Four Hospital, a Catholic hospital run by the Medical Missionaries of Mary in of Abakaliki, Nigeria, was established in 1946. Above is the hospital's outpatient leprosy clinic. (GSR photo/Valentine Iwenwanne)

Since 2015, leprosy and tuberculosis cases have been on the rise in Nigeria, as the majority of patients present their cases at a late stage. This is largely due to a lack of awareness and the misconception that leprosy is a disease for the elderly. But even when patients do seek treatment, poor equipment and facilities prevent rapid diagnosis and treatment, making the diseases endemic.

Rated the 13th leading cause of death in the world, tuberculosis remains a global threat as the second leading infectious killer after COVID-19 and before  HIV/AIDS. Of the estimated 10 million cases in 2020, 10% of those infected had died.

And because both leprosy and tuberculosis can spread through close contact, stigma and restrictions affect patients' social lives. Some are even ostracized from the community or get thrown into "the evil forest," where people thought to be condemned by the Earth goddess or their personal god are abandoned, said Dr. Sylvester Egbuka, a family physician at St. Patrick's Mile Four Hospital.

"There are situations where the disease is cured and those in the community still have doubts that it is cured because of the [remaining] deformities, like loss of fingers [or the] collapse of the bridge of the nose," Egbuka said.

In addition to three doctors who support the program, Munonye works with three nuns who are physicians: Srs. Felicia Muoneke, Chiagoziem Onwuzuruike and Evelyn Akhalumenyo. The team also offers prevention services to older patients who experience loss of sensation.

In May 1987, Nwanchukwu Ede (then 65) had skin lesions, only to discover he had leprosy when meeting with sisters at their clinic in the Ezillo community of Ezza in Ebonyi state. He was treated at St. Patrick's Mile Four Hospital.

Ede's wife and relatives, however, abandoned him, never wanting him to return to their community.

"I have been living here in the leprosy camp since then," he told GSR. To date, "no relative [has] visited me." Instead, Ede received hospital support from the German Leprosy and Tuberculosis Relief Association, who sponsored his health care with monthly stipends. 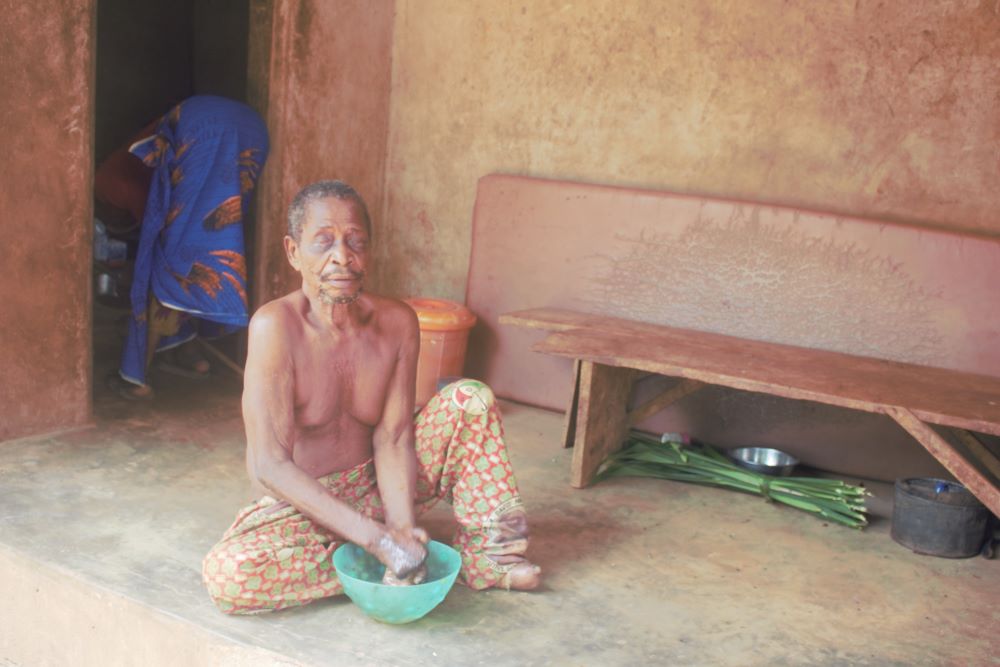 Nwanchukwu Ede was abandoned by his wife and relatives when he was diagnosed with leprosy in 1987. Since then, he has lived in a leprosy camp, where no relatives have visited him. (GSR photo/Valentine Iwenwanne)

Egbuka said that, at the time, "there was no place for treating these people. Once they failed [to improve], we asked them to go home, and what happened was that they continued to spread the disease to people around them."

The sisters also provide reintegration assistance to patients who are rejected by their family members or communities.

"Most of their relatives don't accept them when we attempt to reintegrate them," Munonye said. "But through the help of some of our donors, we were able to build them houses in their villages to resettle them. We enroll them for vocational skill trainings for their families not to see them as liabilities."

For Mumonye, giving herself "wholeheartedly" to this work in imitation of Jesus is what brings her fulfilment.

"Jesus Christ went about doing good, not minding who is leprous or not," she said. "In the world of today, people still discriminate against leprosy survivors; nobody wants to go close because it's airborne. But I see them as my fellow humans made in God's image and likeness."