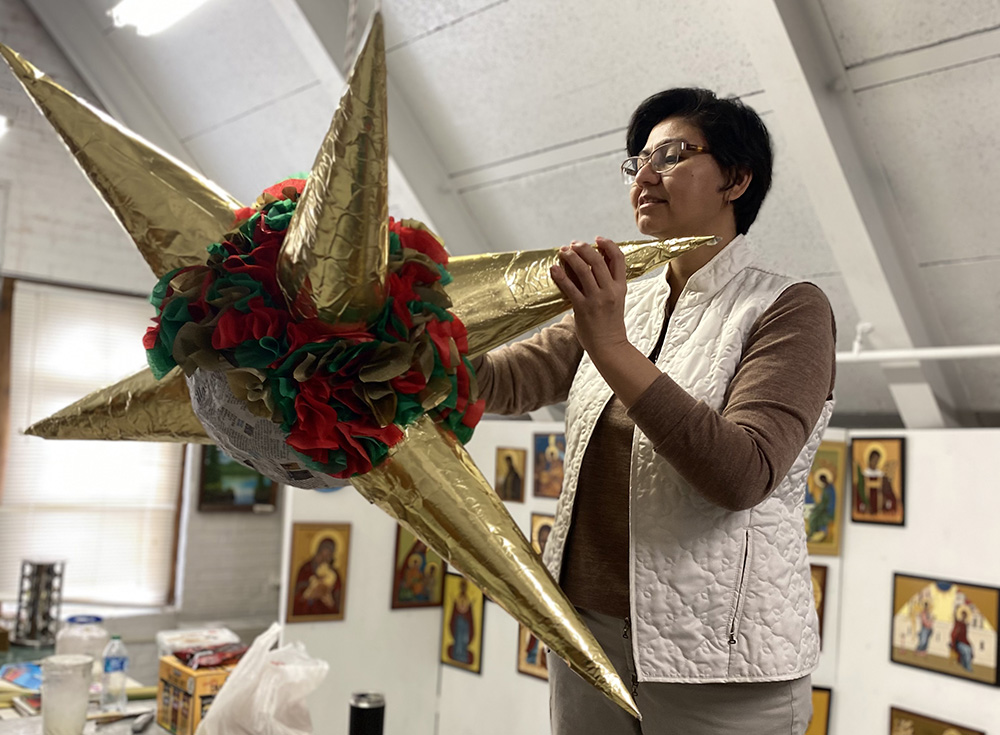 Sr. Helga Leija works on her piñata for Epiphany. (Courtesy of Helga Leija)

"And on entering the house, they saw the child with Mary, his mother. They prostrated themselves and did him homage. Then they opened their treasures and offered him gifts of gold, frankincense, and myrrh" (Matthew 2:11).

I have heard that the culture of a nation resides in the heart and soul of its people. No matter where I have been, I have always tried to remain true to the traditions I learned when I was growing up. These traditions help me to feel at home and connected wherever I go. I have been in many different places, and traditions always offer an anchor back to my culture.

I am now in the U.S. Midwest and decided to celebrate Epiphany with the sisters by sharing a tradition dear to my heart, the art of piñata-making. I have been sneaking into the art loft every few days for a couple of months now to give another coat of papier-mâché to the piñata to harden it enough to make the structure.

Many people envision piñatas as small cardboard donkeys that little kids break at birthday parties. However, the kind of piñata I am making is the traditional one: a star with seven points.

The origins of the piñata are uncertain at best. It is believed that piñatas go all the way back to the ancient Chinese. It is said that the Chinese filled clay pots with seeds in the shape of animals and broke them during the New Year. Marco Polo brought the Chinese tradition to Italy during one of his trips, where it was called a pignatta, meaning "clay pot," and from there, it went to Spain. The Spanish Augustinian Missionary Friars brought it to Mexico in the late 1500s.

When the friars arrived in Mexico, they noticed the Indigenous people were filling clay pots with cocoa seeds and breaking them in a ceremonial game during a festival called Panquetzaliztli in honor of Huitzilopochtli, the god of war. These festivals were celebrated in the winter during the dates that coincided with Christmas. Therefore, the friars adapted the piñatas as a symbolic evangelization tool.

The friars added seven points to the clay pot to make a star to represent the seven capital sins: pride, avarice, lust, anger, gluttony, envy and sloth. They dressed it with bright colors and tinsel to symbolize the vanities of the world and the temptations of the devil. 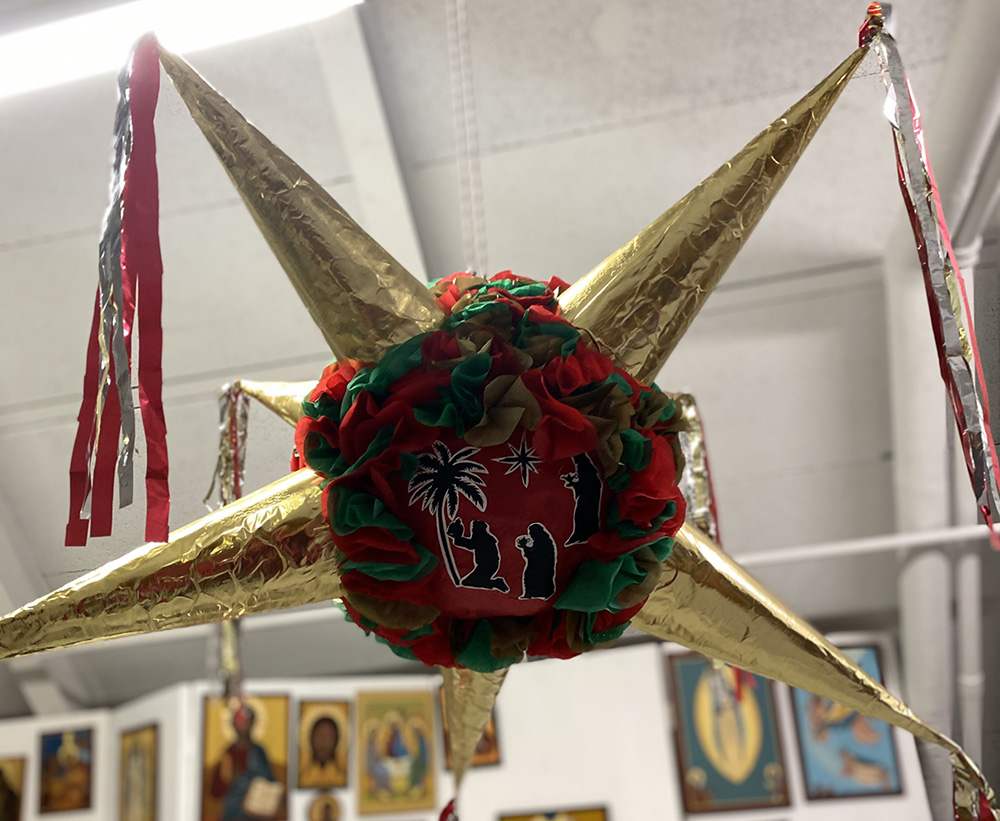 The piñata must be broken with a stick that represents virtue, and the person must wear a blindfold because faith is blind. The stick, breaking the pinata, symbolizes virtue overcoming temptation and evil, and so the goods stored inside the piñata fall to the ground as gifts from heaven.

These days, piñatas are filled with candies, fruits and small gifts. I added dark chocolate, bags of nuts, fancy cookies and other goodies for my community.

The sisters looked at the finished piñata and told me it was too pretty to break, but that is the whole point of it! For me, it is about sharing culture, creating memories, laughter and bonding. It is all about sharing a part of myself that is deeply meaningful and pointing the way to Christ. If culture and traditions are not shared, they are lost forever. I am grateful for what has been handed down to me.

The feast of the Epiphany reveals to me the life I carry within me, the voices of all those who came before me, and the person I will become. I share from the abundance I have received. In offering my gifts to others, I reveal the presence of Christ to others.