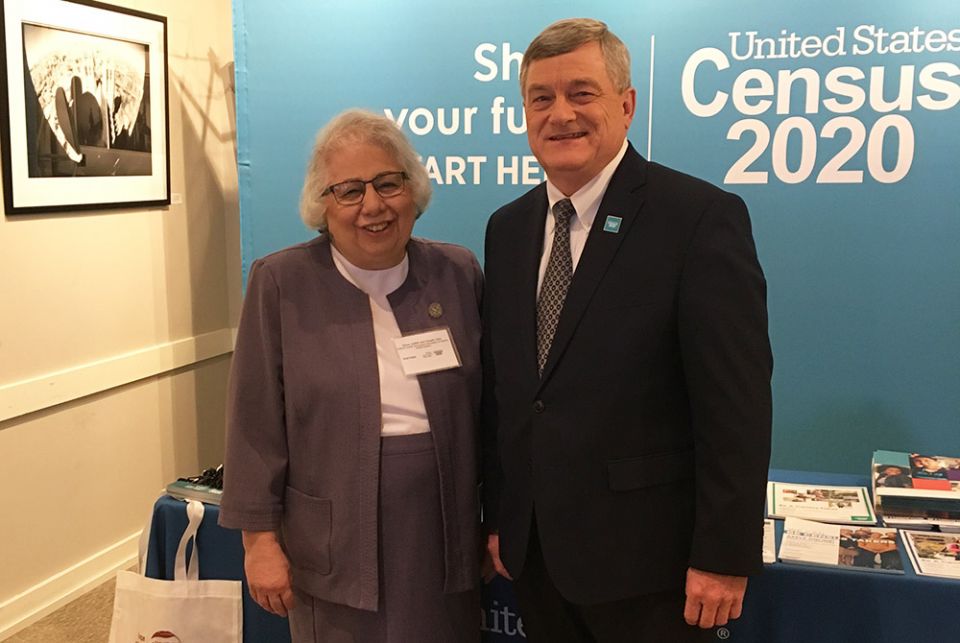 Sr. Judith Ann Karam has served as president and CEO of St. Vincent Charity Medical Center, president and CEO of the Sisters of Charity Health System, and the board chair of the Catholic Health Association of the United States, so the U.S. census might seem like a trivial matter.

But the congregational leader of the Sisters of Charity of St. Augustine says promoting participation in the decennial count is one of the most important things she's ever done.

As part of that effort, Karam joined faith leaders from across the country for the 2020 Census Interfaith Summit on Feb. 18 at the Washington National Cathedral in Washington, D.C., to discuss with Census Bureau director Steven Dillingham the faith community's role in encouraging members to respond to the census.

Karam says the census is not just vital to our democracy — the count determines representation in congressional districts, federal funding and programs — but also to Catholic social justice.

GSR: How does the U.S. census fit into the work of women religious and social justice?

Karam: When you think about the people women religious are called to serve, you realize the census has a direct impact on the people we've been called to walk the journey with.

Federal funding is calculated based on the census, so when you think about the poor having a voice, it's based on people being counted. I can't emphasize it enough: People deserve to be counted. All of us are called to give support to those who need it, so be part of the census. 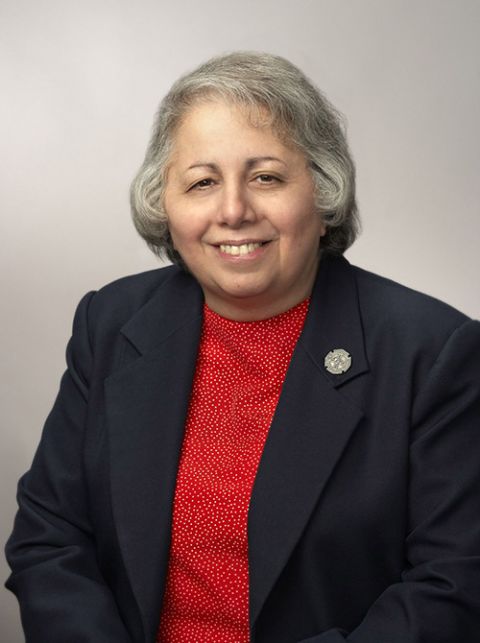 What role does the faith community play in this? Why is the Census Bureau having leaders come to Washington?

I've really learned this firsthand: There's no question people are afraid. There's no trust level. Whether it's racism they've seen, problems with first responders or other bad experiences, people are truly afraid of giving their information to the federal government, including the Census Bureau.

But faith leaders do have a level of trust, so we can encourage people to take part. [At the February panel] I had a Buddhist monk next to me on one side and a Hispanic Christian on the other, but each of us had so many things in common.

No matter how much we have, we still need help from the government. No matter what ministries we're in, no matter who owns our hospitals, we're not going to be able to meet the needs of the people without support and collaboration. It's the respect and dignity of the human person, which is what should motivate being counted in the census.

It's a cruel irony that the people with the least voice, those most unlikely to be heard, are also the ones who are hardest for the census to find and least likely to participate.

It's got to be a priority for all of us that serve God's people. You've got to understand the relationship between completing the census and the services provided. We're all on an even playing field when we sign up for the census.

There are so many without a voice. How do we enable the homeless to be counted? The undocumented have a real fear of being counted. But I have the utmost trust in the Census Bureau.

Just as the census was gearing up, the COVID-19 pandemic has put things on hold. How does that affect things?

It gives us a little more time to get the word out, and hopefully, people will pay attention to it to an even greater degree. We have to keep emphasizing: Don't forget to fill out the census and be counted.

As congregational leader, some might wonder how you have time to promote the census.

I'm not that busy that I can't be out there. And when you think of how people are not able to find food or trying to care for their children and work — or now are unable to work — the census is important because it can have a direct impact on addressing those needs.

They have some public service announcements that we recorded, so you may see me on TV or hear me on the radio. It's all about serving people.

Ministry | Q & A with Sr. Judith Ann Karam on the importance of being counted in the 2020 US census

Bringing joy to children in Vietnam through a Christmas festival