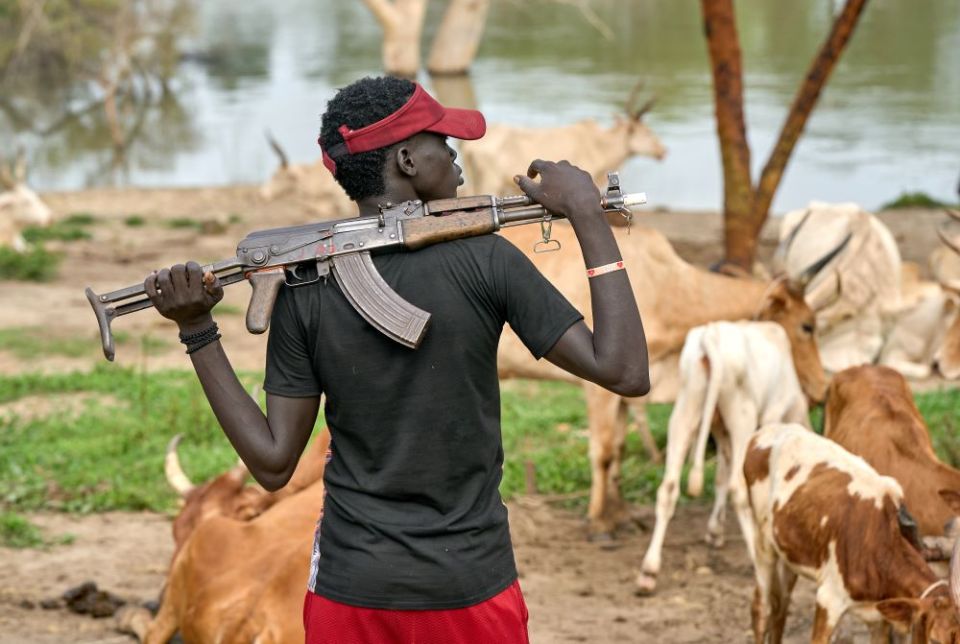 Two South Sudanese nuns — Sr. Mary Daniel Abut, 64, from Wau Catholic Diocese, and Sr. Regina Luate Roba, 63, from Yei Catholic Diocese — of the local congregation of the Sisters of the Sacred Heart of Jesus were murdered Aug. 16, 2021. They were returning home after a centenary celebration for Our Lady of the Assumption Parish in Loa, where the congregation was founded by the Comboni nissionary, Bishop Sixtus Mazzoldi, the first bishop of Juba, Sudan. He said this parish had been the formation ground for the congregation since 1951, when the first girls came for formation in the religious life. Years later, Sr. Roba served there as nurse for seven years, and Sr. Abut was connected to the parish when she was in leadership for 12 consecutive years.

On Aug. 15, 2021, the jubilant celebration was attended by Salva Kirr Mayardit, president of the Republic of South Sudan, and other dignitaries. All delivered messages of hope to the parishioners and the sisters, calling them to return home from refugee settlements in the neighboring countries, for peace had come.

Since 1986 people had been displaced to Uganda and Kenya, even to places outside Africa. With the independence of South Sudan in 2011, a short-lived peace brought people back, but war resurged in 2013, escalating in 2016. Nonetheless, the people of Loa were determined to have this celebration, saying: "We did not celebrate the silver jubilee of our faith, neither golden nor diamond due to war, so the centenary must be celebrated even if in ruined houses and compounds." 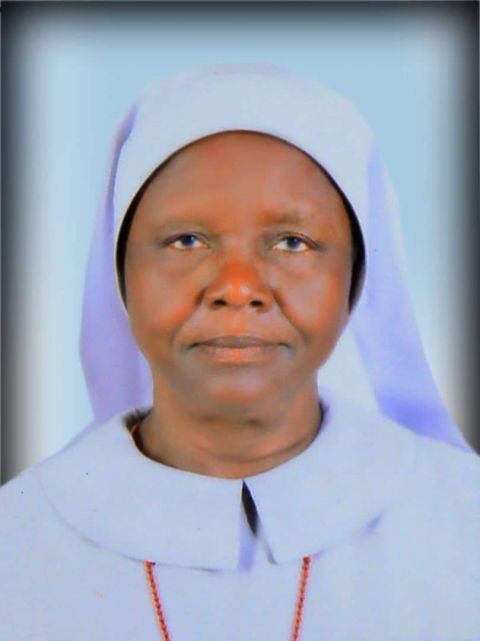 Although the Loa parish was badly devastated by wars in the 1960s and 1980s, the presence of high-profile government representatives for the centenary celebration heightened the hope of the people and the sisters, and they had great trust that this time refugees could surely return.

The group of seven sisters and five men, including a driver and conductor, set off from Loa parish about 7:20 a.m. Aug. 16, 2021. I, the congregation's superior general, and my councilor, Sr. Regina Achan, stayed behind to clean up. With us were Srs. Margaret Lakop and Lily Baatioyo, who served as sacristans for the occasion.

The route home to Juba from Loa Catholic parish was well guarded by national security armed forces since the president had traveled the same road the day before. Nobody expected violence. The group was almost halfway to Juba, when their vehicle came under furious attack by gunmen/women at a spot locally called Jebelein.

Our two sisters were, according to eyewitnesses, deliberately targeted and killed. Details are recorded in an unpublished book entitled Modern Martyrs in South Sudan: Sr. Mary Daniel Abut and Sr. Regina Roba Luate by Sr. Jane Ngamita. It reveals that Sr. Roba was the first hit, with three bullets in her chest, while Sr. Mary Abut was killed instantly by one direct shot to her face.

Throughout subsequent days of prayer, clerics and laity shared their views about the killing of the sisters, remarking that they truly were martyrs, having joined the Christian community as pilgrims to Loa parish to express their faith. Such sentiments were weighed seriously by the Sant'Egidio community in Rome, who visited the congregation in Juba to pay condolences. They indicated that any item these sisters used, especially those they wore at the time of their death, should be kept intact, as possible relics. 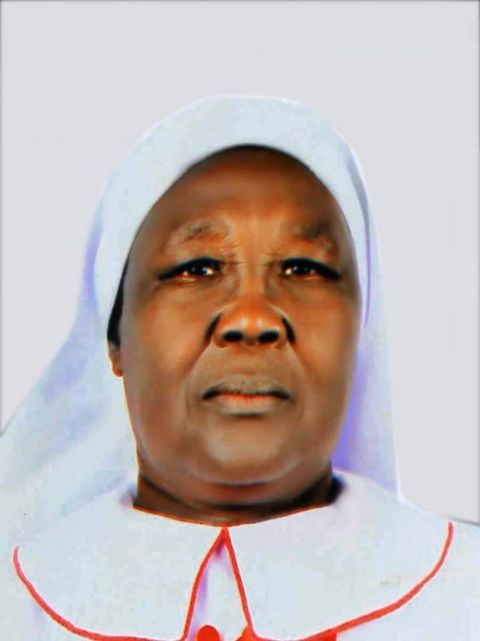 The Basilica of St. Bartolomeo in Rome has been dedicated to gather the relics of African and Madagascar people who died for their faith. Consequently, when I went to Rome to attend the UISG Plenary Assembly in May 2022, I brought some of the items Sant'Egidio requested.

The basilica solemnly received the relics of our martyred sisters on May 23, 2022, in a service organized by Sant'Egidio. Archbishop Vincenzo Paglia, president of the Pontifical Academy for Life, presided over the ceremony and spoke to the sisters.

For me the event brought back the painful memories of our sisters, and anger at the way they were brutally and undeservedly murdered. Unsuspecting, unarmed women religious; harmless travelers, joyfully returning from a celebration so significant in their religious and Christian life — the centenary of the parish of Our Lady of Assumption — all brought to an abrupt end by the ambush.

The South Sudanese attackers tracked these people deliberately and pulled their triggers to end the lives of their own sisters. The motive of this heinous murder remains unknown, although speculations circulate around money and blame for the sisters as the reason the people of Loa Parish were returning home from exile. If the attackers' aim was money, on finding no money on the bus or the luggage, why they did not leave?

The level of the relic ritual in Rome took me by surprise. I was invited a few days before I returned to South Sudan, and had a few places to visit; the prayer took place the day after I returned. I knew that I was going to attend a Mass in which our deceased sisters, among others, would be mentioned. But an hour before, one member of Sant'Egidio asked me to report, and I started wondering what role I might be invited to play. I prepared myself to give a short speech if necessary.

Upon reflection, the event of May 23 may give me joy. I am grateful that the death of our simple sisters has been acknowledged and widely condemned in the strongest terms — even a personal telegram of condolence to our congregation from Pope Francis. There was an outpouring of condolences from bishops both within and without South Sudan, from religious congregations, and organizations in European Union, and from the government of South Sudan.

The inclusion of the relics of our sisters in the basilica in Rome has elevated our small, closed, local, congregation — hitherto confined in South Sudan by the wars and continued insecurity, serving the poor and marginalized — to a global platform. For the Sisters of the Sacred Heart of Jesus, the dedication, resilience and decency which our sisters exhibited in their lives are examples for us all to emulate.

At the spiritual level, perhaps the Lord wants to glorify Himself in this suffering congregation of the Sisters of the Sacred Heart of Jesus through these humble sisters. But why at this particular time?

To the government of South Sudan, there is a great need to ensure security for all people in this country. With the prevailing insecurity, we cannot fulfill our mission, or reach out to the vulnerable people needing our hand. Particularly, I pray that the ordinary people must be forbidden to possess guns, except the official armed forces, so that when people get shot, we know who is responsible and accountable. 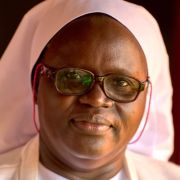 Alice Jurugo Drajea is superior general of the Sisters of the Sacred Heart of Jesus in Juba, South Sudan. She previously served as her congregation's provincial superior, and she holds a graduate degree in educational leadership and management from Trinity College in Dublin.

Traumas of a lifetime can manifest as PTSD in aging sisters