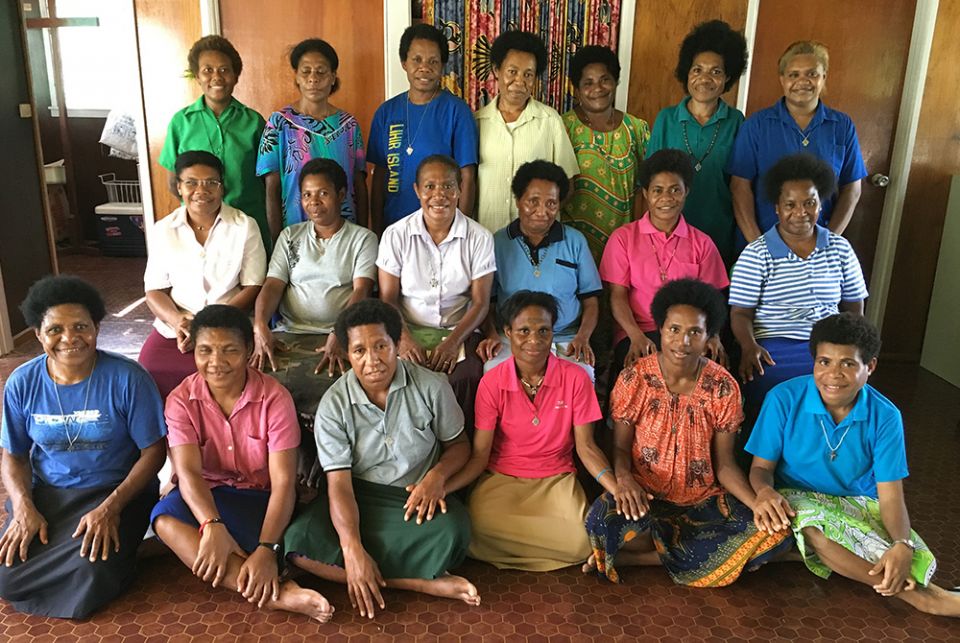 The reasons for the foundation of new religious congregations are always interesting. Sometimes congregations want to incorporate the new group into the existing congregation; or they prefer to encourage Indigenous women to form a new group to promote religious life and service to their local people; or perhaps a bishop asks a congregation to assist him in starting an Indigenous group to serve his diocese.

The stories of how the Spirit of God incorporates religious life into different cultures is especially fascinating. After some years of being missionaries in Papua New Guinea, or PNG, the Society of Australian Congregations of the Presentation of the Blessed Virgin Mary decided to help form an Indigenous group to carry on the vision and mission of their Irish foundress, Nano Nagle. After 20 years, it was time to hand over the mission to the new sisters. That was when Sr. Joyce Meyer asked me, as leader of the Society of Presentation Sisters of Australia and Papua New Guinea, to tell this story.

Papua New Guinea gained its independence in 1975 and struggled to shape one nation out of hundreds of diverse and quite isolated local societies. The island country has a rugged terrain and that — combined with the climate that creates acres of lush vegetation that grows up almost immediately after it is cut back — makes it difficult to develop sustainable infrastructure.

The five pioneer sisters settled in Ningil, a remote highland village where the community is still present. A new foundation quickly followed in Aitape on the northern coast. Language was a huge challenge; over 850 languages make Papua New Guinea the most linguistically diverse place on earth. To overcome communication barriers, the people speak a common Pidgin English.

"There is no air link between Wewak and Aitape so most people travel by road. On this route there are at least twenty-six rivers to cross. Some of these rivers do not have bridges and those that do have a bridge are often unreliable after heavy flooding.

"When I say we 'travel by road' the term 'road' is used loosely! … Rivers are often in flood so it is not advisable to cross when this is the situation. … At the end of a trip the truck is ready for a major overhaul. This often runs into thousands of Kina [the currency of PNG]. A truck is the life line [for the sisters]."

In 2003 three sisters — from villages with different languages — visited several remote villages in the Torricelli Mountains, then formed a community in Yimut, with ministries including administration/secretarial, nursing, education, formation, hospital chaplaincy and pastoral/parish work.

Srs. Maria Kuaga and Elizabeth Sep outside the new convent built by the local people in Pompabus in gratitude for the work the sisters are doing. (Courtesy of Anne Lane)

Ten years later, the sisters knew it was time to move on from Yimut, and responded to a long-time request from a bishop in the remote Highlands of Enga province. After visiting local communities, in February 2018 they established a new community in Pompabus, where they established the first health center in the area. As a sign of appreciation, the local community built a convent for the sisters which was opened in September 2021. While built in a traditional Papua New Guinea manner, it will have solar power and running water —something the sisters will enjoy!

At our meeting in 2019, as the then-leader of the Presentation congregation in the Wagga Wagga region of Australia, I offered to meet with the Papua New Guinea community with three options: disband, join a like-minded group in PNG, or form a temporary team — some PNG sisters with members of the Wagga Wagga group — to discern how to move forward. The community chose the third option.

The Papua New Guinea Sisters invited two of the previous leadership team, including me, to stay as members of what they called an interim leadership team, and they elected two team members from among themselves. The Australian leaders agreed to fund the education of any sister who chose to leave as discernment proceeded. Since that decision, six sisters have left, leaving a community of 14.

Another significant decision of the discernment was that all their ministries, whether teaching, nursing or pastoral work, would have a particular focus towards combating gender-based violence — very prevalent in Papua New Guinea — through educational processes or direct service with women and child victims.

The sisters wanted to begin immediately, but needed training. Providentially, the Tribal Link Foundation, an international nongovernmental organization whose mission is to help strengthen capacity of Indigenous communities, had recently made a culturally sensitizing film called "Senisim Pasin" ("change your ways") about gender-based violence, to address negative cultural beliefs about women.

The sisters completed the training program and began showing the film and sharing their training. The positive responses resulted in cross-disciplinary groups of teachers, nurses, church groups, police and local officials in the different villages of the Aitape region.

We were excited about it, and the International Presentation Association — Presentation Sisters and their co-workers and friends from around the world — also decided to take gender-based violence as an issue wherever they were in ministry. Inspired by the sisters in Papua New Guinea, they started raising funds to support their work.

The Spirit has assisted us in this venture: in 2020, the St. John of God Brothers in Australia decided to withdraw from Aitape, where they ministered with people suffering from psychiatric or addiction issues. The brothers offered the property to the sisters, as a refuge for victims of gender-based violence. One of the brothers, who died trying to help a woman victim of gender-based violence, is buried on that property!

The sisters continue to seek a suitable partner to work with them in the management and ongoing education of the project. The local people and government officials have promised to support the ministry once it is established. Just as we were getting started — as with most other places in the world — Papua New Guinea was disrupted by COVID-19 which slowed down the process.

However, the dream is strong and even though the main project has to wait, two sisters living in a remote village in the mountains have welcomed into their home two young women, 13 and 18 years old. Both were rejected by their families and their schools after they were sexually assaulted. They now have a safe place to live and the chance to continue their education. It gives us hope that both the project and the sisters will find their place in Papua New Guinea.

These 14 women are very courageous not to give up in their intention to follow the inspiration of Nano Nagle in her quest to liberate women and children from oppression — in this case, a cultural oppression of women. 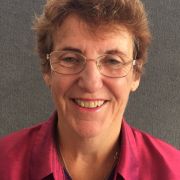 Anne Lane is a Presentation Sister of the Wagga Wagga Congregation in Australia. Anne worked in education and youth work early in her religious life.  She has spent two terms as congregation leader. Currently Anne is president of the Society of Presentation Sisters of Australia and Papua New Guinea.  She also works with other congregations as a facilitator and as a spiritual director. She currently chairs the board of a new organization, Emerging Futures Collaborative Limited, which works with congregations and provinces in Australia who are coming to completion.

Barred from priesthood, some Catholic women find other roles

'Success' in religious life: What is it?