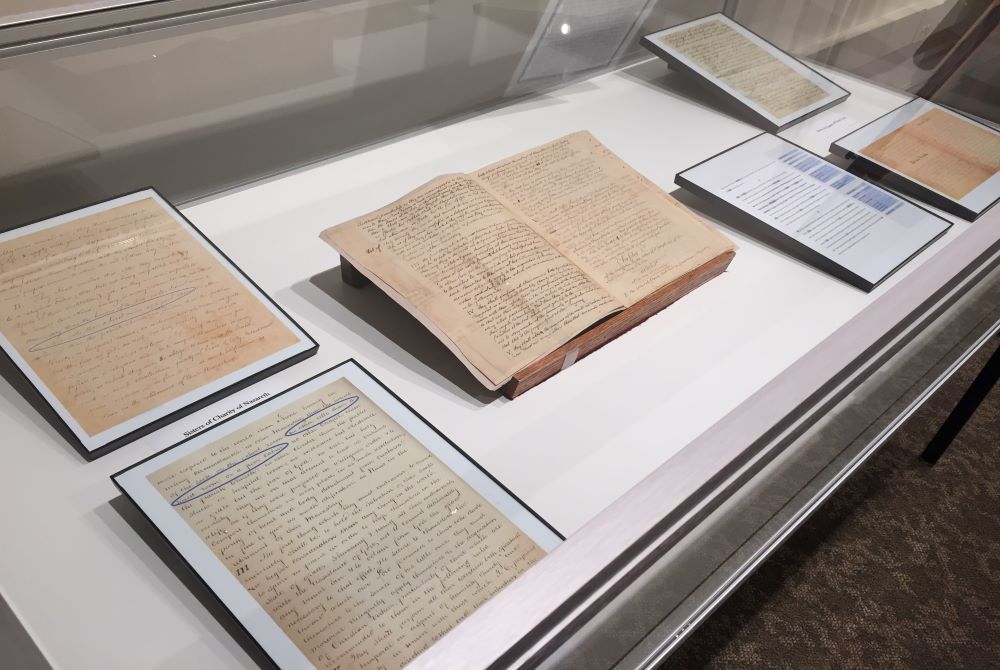 New research from public records and congregation and diocesan archives found that six congregations of the Sisters of Charity Federation have predecessors who owned slaves.

In a Feb. 7 letter to the more than 2,000 sisters whose congregations are members of the Sisters of Charity Federation, federation leaders said the research shows that the two original congregations of Charity sisters in the United States owned slaves before slavery was outlawed in 1865.

Daughter of Charity Sr. Catherine Mary Norris, who chairs the federation's board of directors, told Global Sisters Report the involvement with slavery was previously unknown but shouldn't have been.

'We need to know our own history. We need to own it and be willing to acknowledge it and move on.'
—Daughter of Charity Sr. Catherine Mary Norris

"We knew we had worked in Southern states ... and Maryland was probably one of the worst slave states in the country, so it shouldn't have been a surprise," Norris said. "We need to know our own history. We need to own it and be willing to acknowledge it and move on."

The research began in 2019, spurred in part by historian Shannen Dee Williams' address to the 2016 assembly of the Leadership Conference of Women Religious and that year's conference resolution, which committed LCWR members to "examine the root causes of injustice, particularly racism, and our own complicity as congregations." Williams' book — Subversive Habits: Black Catholic Nuns in the Long African American Freedom Struggle — is set for release May 6.

Also in 2019, the New York Times published an analysis examining slave ownership by sisters. "Historians say that nearly all of the orders of Catholic sisters established by the late 1820s owned slaves," it notes, and cites a Charity superior in Emmitsburg who directed the sale of their "yellow boys."

"Anybody who knows the history of the Catholic Church in the 1800s and before could not say that there wasn't at least the possibility" of slave ownership by the sisters, said Belinda Davis, spokesperson for the Daughters of Charity, Province of St. Louise. "There were already several published articles about people in the church and their involvement in slavery."

The Sisters of Charity Federation's letter, signed by Norris and federation executive director Sr. Grace Hartzog, a Sister of Charity of Seton Hill, asks for forgiveness and notes: "While the institution of slavery and the exploitation of enslaved people was deeply engrained in the society and economy of the 19th century, this shameful historical reality does not diminish our profound regret and dismay today."

The letter also states the importance of knowing this troubling history.

"Slavery is an indelible stain on our nation's history and conscience that has permanent and painful repercussions, most profoundly for Black Americans," it reads.

"We believe that only by shining a light on difficult, shared truths can we truly move forward together in unity."

Though only the six congregations in the federation that came from the congregation Seton founded were involved in the research, all 13 federation members signed the letter as a show of solidarity.

"Obviously, you cannot change the past, and they know that, but they want to be honest and transparent with everything they know," said Susan Oxley, spokesperson for the federation. "They want to do the right thing."

The research also examined whether Seton owned slaves herself but found no evidence of it. When Seton was 3, her grandfather left her an enslaved man in his will, but "there is no further record of this enslaved man's fate." The letter cites a book by historian Catherine O'Donnell, who said she believes he escaped during the Revolutionary War, which ended when Seton was 7.

One of the schools Seton founded "knowingly accepted payment for tuition that used proceeds from the sale of an enslaved person" during Seton's lifetime, the letter says, and also accepted payment in the form of slave labor, according to O'Donnell.

Currently, plans are being made for a monument to the enslaved people on the Daughters of Charity campus in Emmitsburg, about 60 miles northwest of Baltimore, and "we will explore additional, meaningful, actions that will contribute to the work that must be done to bring about significant change," the letter says. "We pledge to move further into the work of racial equity; to remember and learn from our past; and to confront systemic racism through our words and actions."

Norris said there had been no pushback from sisters who want to forget the past and move on. The letter explains why that is not an option.

"The damage done by slavery is enduring," it says. "The passage of time does not diminish the injustices perpetrated against enslaved individuals and families or the persistent racism, discrimination, injustice, and inequity that demand continued action by all of us."

Norris said the research will continue, and the federation is exploring the idea of hiring a historian who can better interpret the findings and put them in context. They also hope to digitize records so people doing genealogical research, especially descendants of the enslaved people, can have access to them.

"None of us can change history. It's how we can learn from it and go from there," she said. "There's been a lot of broken trust that needs to be rebuilt. We have to start someplace, and this is one small place we can start."