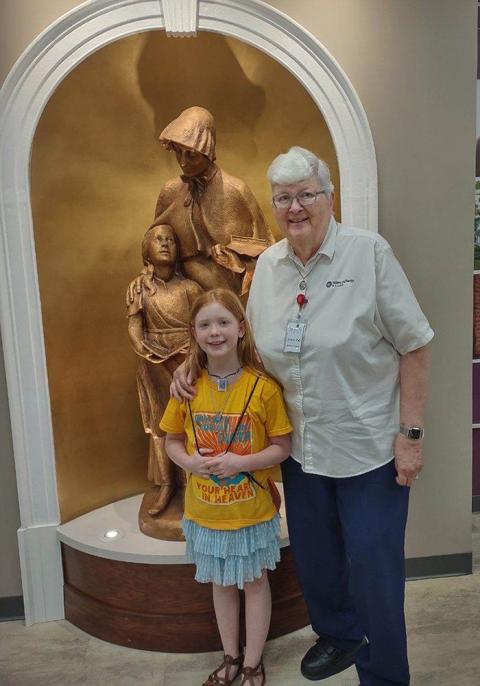 When Nicole Swannack signed up for an online book club with the National Shrine of St. Elizabeth Ann Seton last spring, she thought she might learn more about her faith and the life of America's first native-born saint and maybe make a new friend.

She didn't anticipate that the experience would inspire her as well as one of her own children in her Catholic faith.

"I had never done a book club before," Swannack said. "I have five children, and I homeschool, so there's always so much going on. But I had this little feeling of the Holy Spirit telling me, 'Just do this. Just sign up for the book club. It will be good for you.' "

The shrine in Emmitsburg began offering digital book clubs in June 2020, during the height of the COVID-19 pandemic, and they continue several times a year under the direction of Anita DiGregory, virtual experience facilitator for the shrine.

The book clubs are one of several virtual programs offered on the shrine website. There also are tours of the shrine and basilica that people around the world can access to explore the history and spirituality of Mother Seton.

"The book clubs are another way of accomplishing our mission," DiGregory said. "Our goal is to share the life and legacy of St. Elizabeth Seton with the community at large, as she is a saint for everyone."

"As a wife, mother, foundress, convert, widow and teacher, there are so many aspects of Elizabeth Seton's life that touch people on so many different levels," she added. 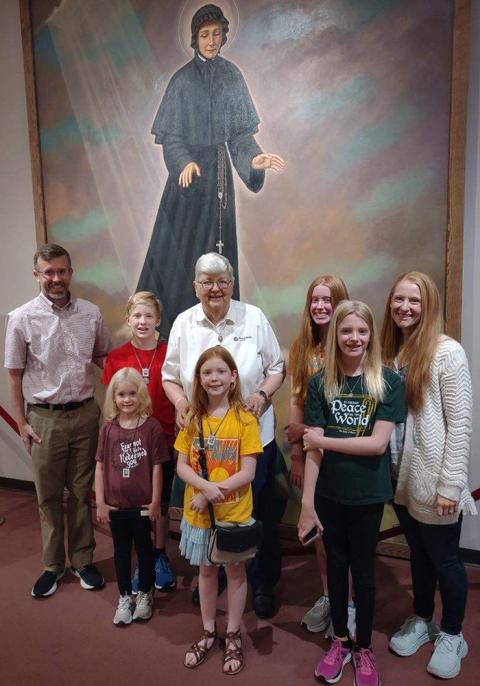 Swannack signed up for a six-week book club focused on Nothing Short of a Miracle: God's Healing Power in Modern Saints by Patricia Treece. The group met weekly through video calls.

"I learned about saints that I knew about previously but never really took the time to get to know personally. And learning more about the saints and sharing about it with others strengthened my own faith," she said.

Swannack said she was inspired by Mother Seton's life and the stories of other saints in the book she read, and the book club experience also touched her 9-year-old daughter, Rose.

The girl had a special spiritual request ultimately fulfilled through the club.

"For as far back as I can remember, Rose has been telling us that she wanted to be a nun or a sister," Swannack said. "She's my kid who always wants to come to daily Mass with me and wants to lead prayer. The Spirit definitely works through her, and a couple of weeks before the book club, Rose asked me if I could find her a 'sister friend.' "

"I wanted to have a sister friend," Rose said, "because I want to be a sister when I grow up. I wanted to see what a sister looks like."

Though there are some religious orders of sisters located near where the Swannacks live in Cary, North Carolina, there were not any sisters in the schools or otherwise visible in their community.

At first, Swannack was not sure how to find her daughter a "sister friend" through her participation in the shrine's online book club.

It turned out another participant in the book club was Sr. Patricia Newhouse, a retired Sister of Charity who is based in Michigan and spends her summers volunteering at the shrine.

One evening, Swannack asked for permission for Rose to join the book club for just a few minutes to meet Newhouse, and the two spoke for several minutes.

After that, Newhouse offered to have a private video call with Rose, and that was the beginning of a friendship.  Newhouse and Rose now speak at least once a week, and earlier this year, the Swannack family traveled to Emmitsburg to visit the shrine and meet Newhouse in person.

"I really enjoyed meeting the whole family," Newhouse said. "I taught for over 40 years and always love interacting with young people. It's great that Rose wanted to meet me because kids don't see sisters a whole lot nowadays. They don't know who we are or what we do. I think what surprises them most is how much we like to have fun."

DiGregory believes the friendship between Newhouse and Rose illustrates the kind of personal connection that's a benefit of participating in the shrine's book clubs.

"We talk, we laugh, we pray together, and we truly become friends," DiGregory said. "Our connection not only supports us in growing in our faith and living out our vocations, but it helps with the day-to-day ups and downs, as we know people are praying for us."

The Seton shrine's book clubs foster friendship here on Earth, but also help to personalize stories of the saints.

Swannack thought she and Mother Seton would not have much in common, but "doing the book club completely changed my opinion" of the saint.

"What resonated with me most was that she was a mother of five and she cared so much for the salvation of her children," Swannack said. "We had the same worries, the same anxieties, the same joys. I found her to be such a wonderfully real and relatable person."