Human hearts are always in need of friendship, connection and commitment.

Bridget has been my friend for 19 years. She is the elder sister of my best friend from elementary school; then she became my classmate in high school, and eventually my companion in the novitiate of the religious life.

We journeyed together until our first jobs, but that did not end our companionship, friendship and communication. I was transferred in 2009 to New Delhi, the capital of India in the north, but she remained in Cochin, a major port city in the southern state of Kerala.

Bridget is a caring and spiritual friend who accompanies me even at a distance. Our conversations are always about our mission, caring for the needy and spiritual growth. 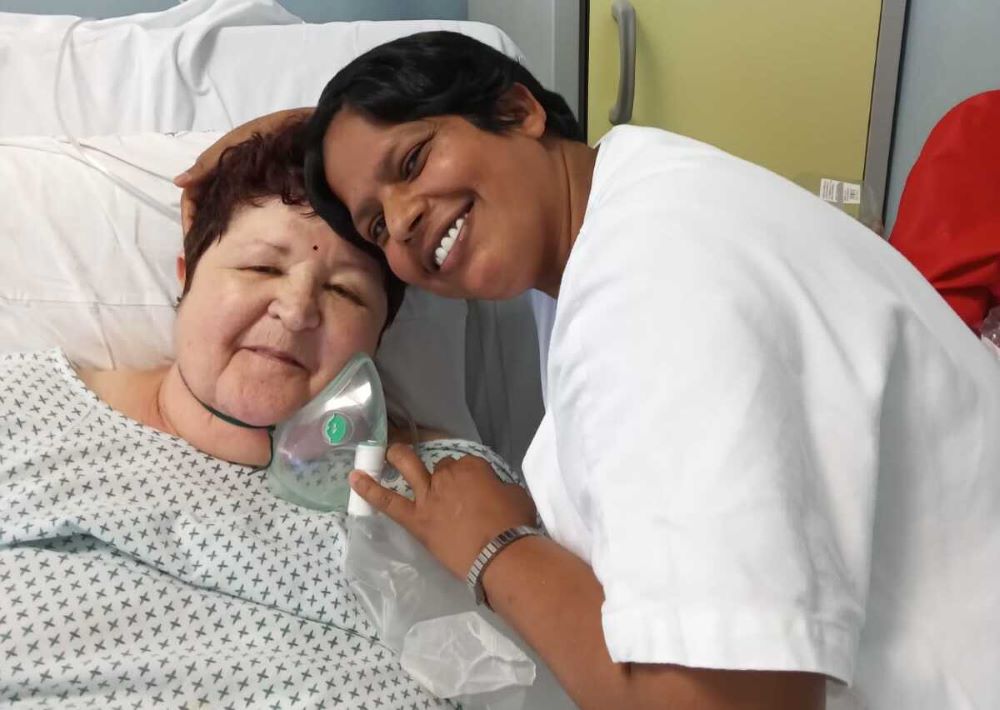 We call each other for prayer requests. Our telephone calls often focus on people we have never met: I still remember when the Taj Hotel in Mumbai, India, was attacked by terrorists on Nov. 26, 2008. As many as 31 people died and 28 were injured.

The 2008 Mumbai incidents (also referred to as 26/11, pronounced "twenty-six eleven") were a series of terrorist attacks perpetrated by 10 members of Lashkar-e-Taiba, a terrorist organization from Pakistan. They carried out 12 coordinated shooting and bombing attacks in across Mumbai, the financial capital of India, in for days.

Among the young terrorists, Mohammed Ajmal Kasab, the lone surviving gunman, was arrested and executed in November 2012.

The whole world hated him, but Bridget asked us to pray for his conversion. She used to pray, shedding tears. She cared for all the sisters in the convent, nursing them and praying for them when they had difficulties in their religious life.

There were days when she nursed me when I was alone and sick. She counseled relatives of the sisters when they came for a visit. She faced many family problems of her own, both at college and in the convent, but she always reached out to the needy.

When anyone spoke to her about a religious vocation, she said she was unwilling to choose the religious life because she was attached to her land. She was also fond of films and music.

She was labeled an average student, and at first, she was afraid to go to the convent school for further study, but the charitable works of her mother had inspired her to help others. So, she decided to study nursing where she could help people irrespective of caste, class and color.

When Bridget was a child, Sr. Maria Vinifred of the Congregation of the Mother of Sorrows Servants of Mary had told her the story of Marcelino Pan y Vino, about a little boy raised by monks in the 16th century, who experienced a touching relationship with a man hanging on a cross in the attic.

The story touched her life, and Bridget told Sister Vini that she grew angry with Jesus when he did not take the food she offered. When she shared this with Sister Vini, the holy nun said that he would eat from her hands as a prophecy of what she would become in the future.

She never dreamt of becoming a religious. It was all a call from God. When she completed Grade 11, she heard of the Idente Missionaries of Christ the Redeemer, a religious institute of men and women, and wanted to explore the possibility of their Come and See Program.

She went to Cochin, Kerala, in southern India. She was inspired by the nuns, who worked together, never alone, on their projects. Their virtue of forgiveness also attracted her. Initially, it was difficult for her to learn English, but by the grace of God, she completed her bachelor's degree in English literature.

After completing three years of formation, Sister Bridget made her first vows on June 21, 2008, in St. Xavier's Church in Cochin.

She was transferred to Terni, Italy, in 2011. Terni is the provincial capital of the Umbria Region in central Italy. Founded on the site of an ancient city north of Rome, along the Nera River, in the 14th century it became a dominion of the papacy.

She works at Santa Maria Hospital in Terni. She feeds the patients and — with help from Caritas, the Roman Catholic Church's worldwide charity arm — provides clothes to the needy while counseling them.

Before going to work, she visits the chapel and prays for strength to communicate with people, as she has difficulty speaking Italian. She meets sick people of all ages. When these people share their pain, she sometimes has no words, other than to shed tears with them.

Language is no barrier to her conversing with the patients. When she finds people in pain due to cancer and other terminal illnesses, she plays the music of A.R. Rahman and Illayaraja, the composers for the Tamil cinema in south India. She tells the story of a young refugee man who asked that Rahman's music be played for him before his death.

Though I have no words to comfort others, I too believe that music soothes the heart and reduces pain.

Many patients died in her hands; even atheists experienced God as she prayed to St. Joseph for their peaceful death. Her prayers convinced one atheist to go to confession before his death. A noble soul at heart and a lover of music, she found a way to ease the pain of the sick through music. Recently, she called me and asked if she could send a letter to Rahman,  thanking him for his music, which helped a man die in peace.

Sister Bridget was born in a Catholic village called Punnaikayal in the Tuticorin Diocese in the Tamil Nadu state of south India, where St. Francis Xavier converted people to Christianity. She and her five siblings belonged to a fisherman's family. Though her family had many problems, she was not deterred from loving God and caring for the sick and needy.

The old and the young, the poor and needy met this good Samaritan from the other side of the globe. The divine language of love helped them communicate with each other and experience Jesus.

She has assumed the role of mother to care for the poor and is a source of consolation for them in a faraway land. Her conversations with me are always filled with prayer requests and descriptions of her spiritual experiences. I am so grateful for her friendship and pray that God continues to bless all these women and men of God who wholeheartedly dedicate themselves to the service of others.