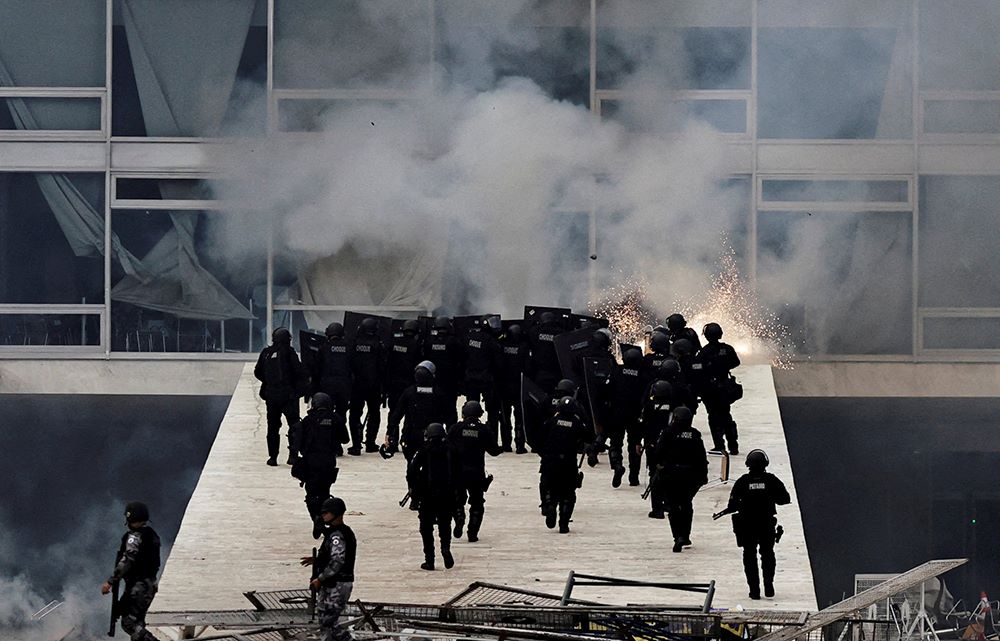 When terrorists attacked the World Trade Center Sept. 11, 2001, I was living next door in Soho, Manhattan, and doing ministry with the Brazilian community in the region.

In the days, weeks, months and years that followed I have thought very much about what goes on in the human mind to allow a person to do such a thing. I read, prayed and reflected — by myself and in community — but the human mind remained too mysterious to give me an answer or make sense of such tragedies and sufferings.

I heard that in the minds of those terrorists, they believed they would receive heaven and be rewarded with many virgins thereafter. What god would want to reward such monstrous actions?

Time and events have passed, but these questions never found answers in my mind and heart. At the end of 2011 I returned to Brazil and continued to follow the news and life in the USA, a country that had welcomed me for 13 years, giving me a second citizenship and many blessings in my life.

Trump's victory as president of the United States was a big surprise for me; he is a man who never showed sensitivity or compassion to the most vulnerable, who seemed to represent only the interests of a privileged minority. But the U.S. is a great democracy and the will of the people should have prevailed.

It was equally shocking to watch in the media and try to understand what happened when he was not re-elected in 2020. Those hate speeches —and his followers wanting to take the country by force! I was not recognizing this country that I had learned to appreciate so much for its example of democracy and order.

And then Brazil, my beloved birth country, had also elected a similar president — Jair Bolsonaro — with speeches full of hate and many people blindly following his follies. Such heads of nations and those who follow them — using the name of god and religion! — are incubators for domestic terrorism. It is no longer just an incomprehensible problem far away;\, it is now here, amid us, in Brazil.

In our religious and lay communities we always pray that peace and democracy will prevail in our country and in the beloved world created by God, but on Sunday, Jan. 8, 2023. we witnessed, with deep pain and shock, the horrible scenes of hatred and destruction by thousands of people who invaded Brasilia, the capital of Brazil, after Bolsonaro was not re-elected in October 2022l.

And here we are once again with 1.000 questions in our minds and hearts! What drives human beings to act with so much hatred? And worst: doing it in the name of "God, homeland, family and freedom"!

In response to what happened in Brasilia on Jan. 8, the leadership of the Conference of Religious Life from Brazil denounced the attack, writing:

… we invite the whole of consecrated religious life to unite in prayer and in action so that the Brazilian nation has the strength, courage and serenity necessary to overcome hatred and violence criminally sowed in the minds and hearts of a few who try to destroy the possibility of peaceful coexistence and social friendship among Brazilians.

May faith in Our Lord Jesus Christ, the Servant and Builder of Peace, and the power of the Spirit of Love lead us in the mission of builders and heralds of Peace and Good. We entrust our Mother Aparecida to the destiny of Brazil and fraternal and solidarity pacification to all the beloved Brazilian people. (Translation by Rita Schneider.)

That statement, called a Note of Rejection, circulated widely in the media and can be found in Portuguese at that link.