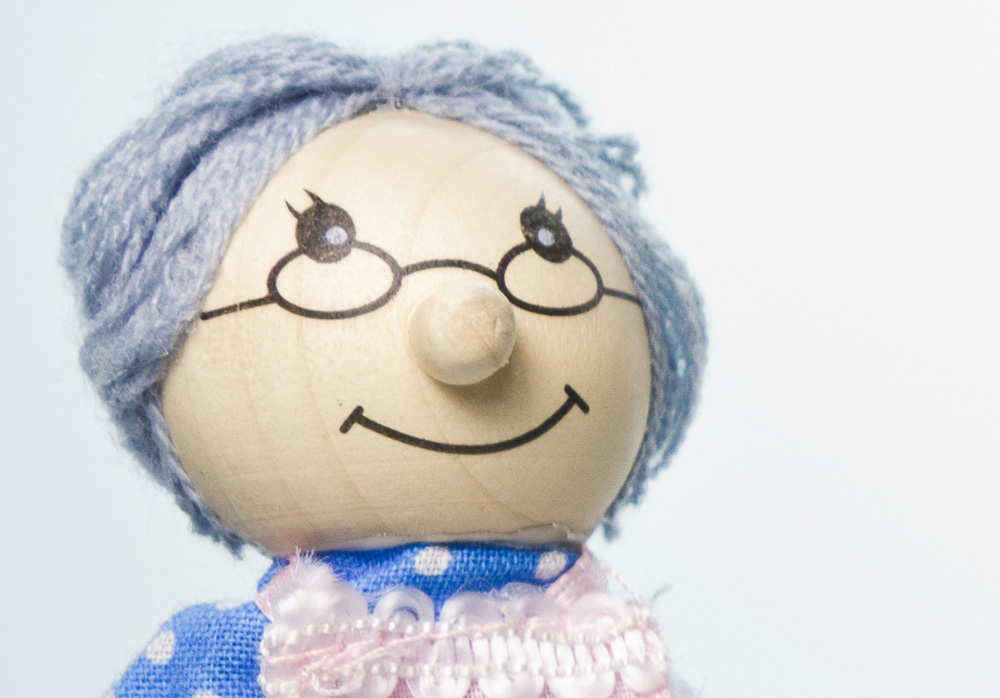 When asked to respond to the request to give me the doll that looks like you, "Some children broke down and cried. ... Two ran out of the testing room unconsolable, convulsed in tears."

It may be shocking, but not surprising that many of the young Black children chose the blond-haired doll over the dark-skinned doll as the one that was "nice" and the doll "that you like the best." Though very young, these children had absorbed distressing racial attitudes prevalent in the broader society. What they absorbed, what they had internalized, was the racial prejudice that says: White is good. Black is bad.

It is a reality that calls for actions of compassion and justice to eradicate every shred of racism, as we should react to every "ism" or prejudice. And, indeed, the U.S. Leadership Conference of Women Religious (LCWR) has called us women religious to this very task regarding racism.

But the one and only prejudice that every living person is subject to is ageism: judging, characterizing a person or a group based on age. This prejudice — based, as is racism, on false myths — is largely unrecognized in our society because awareness of it has not bubbled up to the level of consciousness in the vast majority of the population.

This unconscious bias makes the prejudice of ageism more insidious because until we recognize an issue, we cannot address it.

Ageism is the last socially acceptable prejudice. The "funny" birthday cards and birthday party decorations, along with some late-night talk-show monologues come to mind as blatant examples of our culture benignly accepting age-based prejudice.

A major issue, in my experience and from my lens as a gerontologist, is the potential harm done — not only in these popular culture examples — but when respected, credible individuals with experience and expertise in fields outside the study of aging express their opinions about aging, or aging and spirituality. Because internalized ageism is so unrecognized and thus unacknowledged, highly acclaimed individuals all too often reflect their subconscious bias of ageing in their work, spreading the dangerous consequences of ageism.

I offer examples of only two categories of ageism that are frequently expressed. The first is the oft-repeated myth that the task of old age is "letting go."

In fact, letting go is not unique to old age. It is part of absolutely every change throughout one's entire life. The mature fetus lets go of the warm, intimate environment of the womb, that unique relationship to Mother, to let fuller life come through birth. This, only the first "letting go" of a lifetime!

Deborah Asberry has written an article titled, "A Meditation on Letting Go and Letting Come." Though she speaks primarily in terms of organizations, the phrase describes perfectly the two aspects of change for individuals throughout the life span: letting go to make room for the new.

The letting go mantra as it is used around issues of aging, as well as aging and spirituality, all too frequently reflect, instead, a false sense of old age as a time circumscribed by decline and loss. Period.

Recently, a highly respected organizational consultant was quoted as describing this letting go in old age as a necessary "mature surrender." "Surrender" is not an end in itself and never exists alone. What follows letting go to let come is a topic deserving a fuller discussion.

Another too-often-heard phrase is "aging and diminishment," as if the two realities are intrinsically related. The troublesome conclusion is twofold: Again, aging is presented as circumscribed by diminishment. Unless there is a modifier of what is diminished, the reader is led to believe that in aging the person is diminished. Although most certainly not intended, that is the message conveyed when those words are paired.

Denial is a second facet of ageism seen in articles targeted for women religious. We are encouraged, for example, to choose "elder radiance not old age." Though assuredly well-meaning, the message being sent is that old age is to be shunned, avoided, denied. We can "age successfully," for example, if we just keep living in our 70s and beyond with the same athletic vigor and full social life that we did in our 40s or 50s.

Why is the issue of ageism pertinent to those of us who have spent our lives in the service of others? Ageism doesn't stack up, we may say, to the gravity of other prejudices. Not so!

Addressing discrimination is a demand of justice. Just as we are called to acknowledge our internalized racism, we must recognize our internalized ageism that is so harmful to the healthy sense of self and general well-being of all those affected by it. As such, we accept the challenge to address ageism wherever we see it – internally or in the public square.

When I visualize the young Black children taking part in the doll test study, I see this: the hurt, pain and sadness on a child's face, who, when having been requested to "give me the doll that looks bad", shrinks a little before handing the researcher the dark-skinned doll that looks like her. In my mind I bend down, wrap my arms around her, hold her close and ask with my own pain and simultaneous anger, "Who told you that? How could they? It's all lies!"

As surely as we each would tell that precious little girl, with love and compassion, how beautiful, how loved she is and what potential she holds, so too should we remind ourselves of that same lifelong message with love and self-compassion.