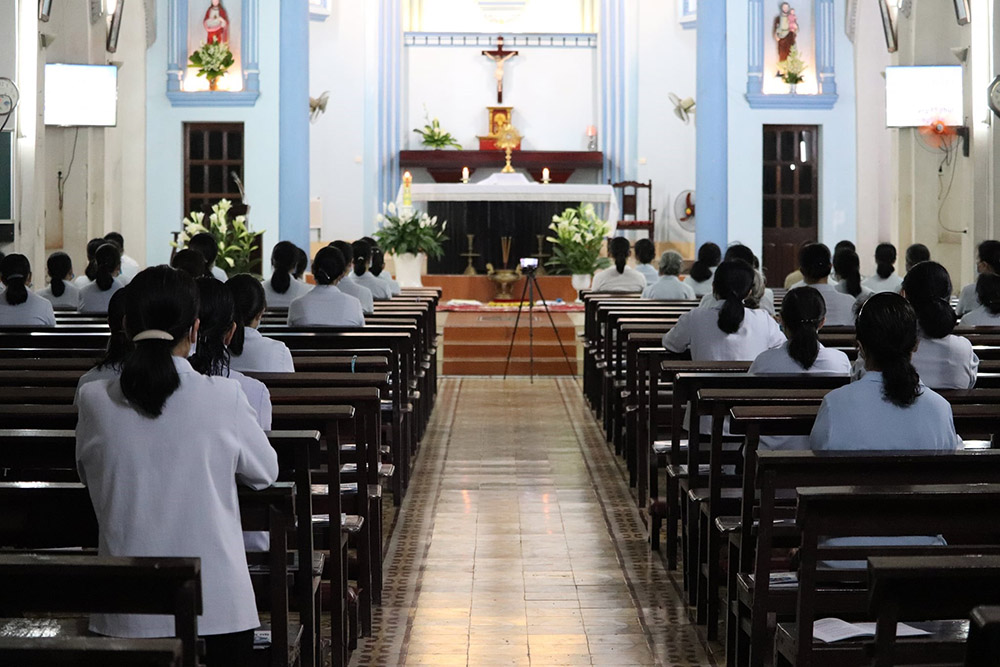 Vietnamese nuns pray for Ukraine in their chapel. (Nguyen)

Watching the media every day, we have seen the Russian troops spread over many cities, many villages, many facilities — including both religious and civil facilities. At the same time, they also rained down onto the heads of the innocent Ukrainian people — whom they do not know — weapons like gas, and caused bloodshed with advanced weapons. Both soldiers and civilians have died or been injured, millions of people were starving and cold, millions of people were displaced, and live with instability, in a state of constant confusion and fear.

The war continues to cause death and destruction; many schools, medical facilities, and welfare facilities have collapsed. Too many children have been killed. Many people have gone missing, lost loved ones, lost their families or became separated on the way to flee to the border.

War is always a horrible brutality, a painful obsession, causing tragedy and leaving painful consequences that are hard to describe.

Although half a century has passed, the Vietnamese understand what the pain of war is. Because the Vietnamese experienced more than 20 years of war, suffering the pain and loss caused by war. Vietnamese people, therefore, sympathize and pray for the tragic situation that the country and the people of Ukraine are suffering.

We understand the crisis that the whole world is witnessing, as countless good and innocent people have to endure suffering in Ukraine. Most Vietnamese Catholics pray for world peace, especially peace between Russia and Ukraine. Vietnamese priests who celebrate daily Mass every day are calling on parishioners to pray for the war between the two countries to end soon, so that everyone in the world can live in peace. 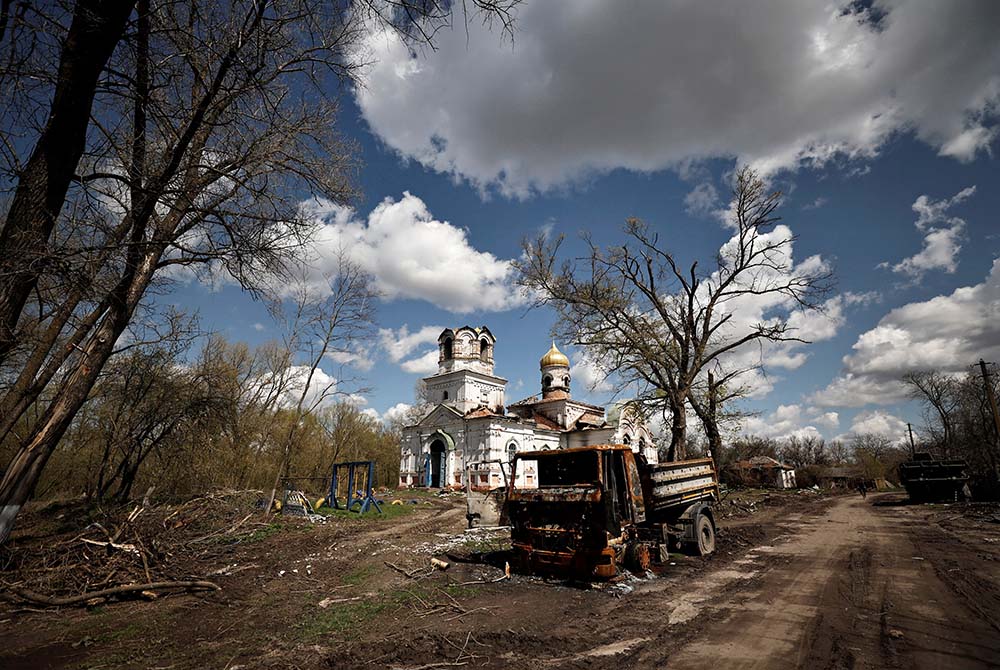 This war has also had some effects on a number of trade and transaction issues of countries around the world. Locally in Vietnam, since the war of Ukraine and Russia began, the price of gasoline has increased and dragged up the price of other goods. This makes life more difficult for Vietnamese people.

In addition, Vietnamese nuns are attending daily Mass and eucharistic adoration every evening to pray for world peace, especially that Ukraine will soon be free from the Russian invasion. Some congregations organize annual retreats for their nuns in Lent. This year, they are spending the whole retreat week praying for the leaders and citizens of Ukraine and Russia.

They are not only praying — Vietnamese people are also asking for donations to help Ukrainians. Vietnamese in the Hanoi capital have contributed hundreds of millions of Vietnamese dong to help the Ukrainians who are suffering hardships due to the war of aggression by Russia. I heard a journalist — Professor Doan Bao Chau of Hanoi — say that the Vietnamese have donated more than 560 million dong (around US $24,000) to help the Ukrainians. He gave the money to Nataliya Zhynkina, the interim representative of Ukraine in Vietnam on March 8, 2022. In addition to donating money, some Vietnamese are also ready to fight for Ukraine. Zhynkina deeply thanked the Vietnamese people for their support, especially their willingness to fight for Ukraine.

War is a terrible evil. War comes from the cruelty and selfishness of the human heart. It is incomprehensible, how nowadays people can callously use weapons to harm each other, in spite of the fact that many technologies have been developed to resolve conflicts with love, by drawing people closer together, by various means of negotiation and reconciliation.

All forms of war, whether international, national, ethnic, factional or familial are dangers that each of us must work to eliminate.

We cannot stop praying for the end of the war, for the bloodshed to stop, and for the protection of children, the elderly and other vulnerable people.

We prayed especially as the church entered the Easter season, that the negotiations between the two countries will be successful soon, that the leaders of countries and the world will stop just considering their own interests while turning a blind eye to the evil and the cruelty of those who sow war and want to win.

We especially pray that dictatorial leaders have the compassion to see the suffering, hear the groans, and experience deeply the blood of so many innocent persons — and put aside pride and selfishness. May they listen to their conscience to respect the lives of fellow human beings, and to respect many other values of the world and of humanity.