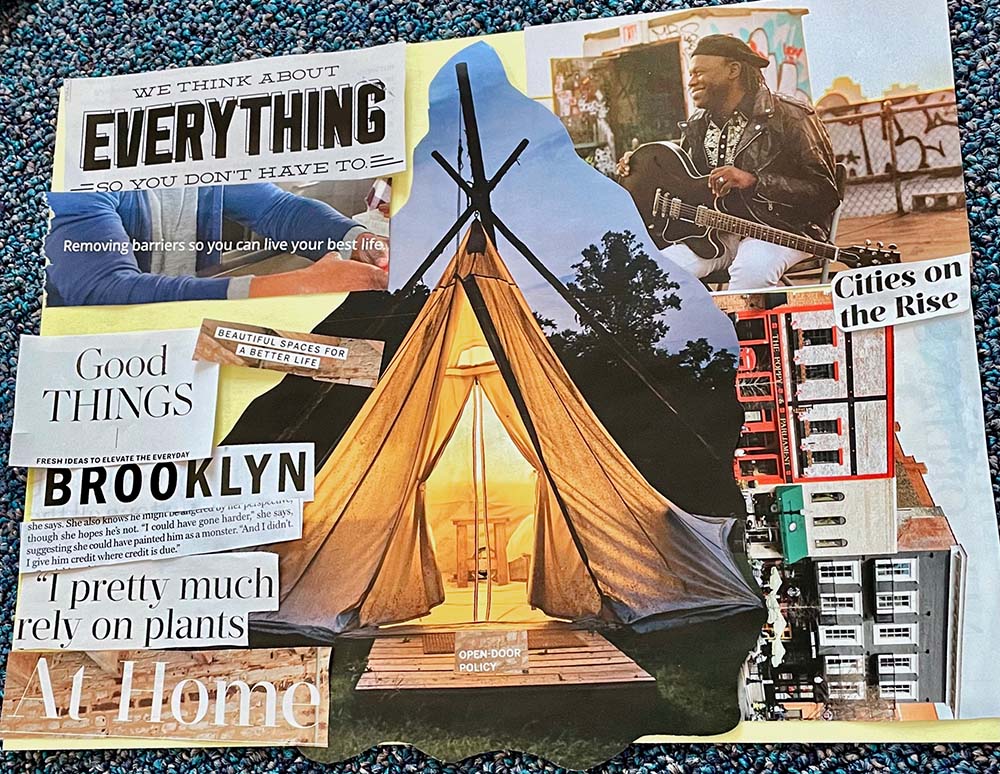 During our last retreat, we spent the final day making a collage that brought us back to our social justice story. It felt good to reflect why I'm here doing this work and set aside intentions for the remainder of the year. (Caileigh Pattisall)

In less than four months, my year with Good Shepherd Volunteers will be over. I've been thinking a lot: contemplating what I've learned this year and reflecting on what I thought this year would be; comparing where and who I was one year ago to the person I am now; thinking about all the people I've met on this journey and how they've shaped me and the views I now hold.

At the end of February, we had our social justice and simplicity retreat at Collier High School. It was a time where we could all reflect on why we are here and what is driving our passion.

This retreat turned out to be well-timed, and we all were honest with each other. Throughout these months, doing this service work proved to be hard, and we were all feeling a bit of compassion fatigue. We each had a different picture of what this year would look like. We all have similar drive in that we have such an innate desire to fix the world's problems. But some of us thought this year would be easier than it has been, and some of our passions had shifted. 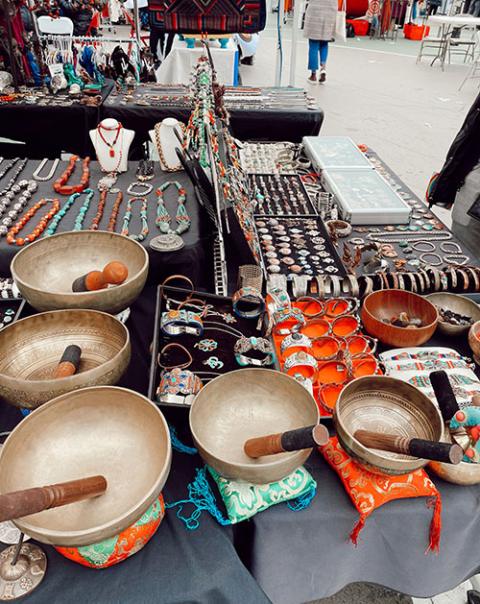 My roommate MJ Miranda and I recently went to the Grand Bazaar, a big flea market on the Upper West Side. We saw many vendors selling these Tibetan singing bowls, which Good Shepherd Volunteers uses at every retreat to signal our presence in the space and being together. (Caileigh Pattisall)

During the retreat, we read a passage by Victoria Stafford in an essay called "The Small Work in the Great Work":

I have a friend who traffics in words. She is not a minister, but a psychiatrist in the health clinic at a prestigious women's college. We were sitting once not long after a student she had known, and counseled, committed suicide in the dormitory there. My friend, the doctor, the healer, held the loss very closely in those first few days, not unprofessionally, but deeply, fully — as you or I would have, had this been someone in our care.

At one point (with tears streaming down her face), she looked up in defiance (this is the only word for it) and spoke explicitly of her vocation, as if out of the ashes of that day she were renewing a vow or making a new covenant (and I think she was). She spoke explicitly of her vocation, and of yours and mine. She said, "You know I cannot save them. I am not here to save anybody or to save the world. All I can do — what I am called to do — is to plant myself at the gates of Hope. Sometimes they come in; sometimes they walk by. But I stand there every day and I call out till my lungs are sore with calling, and beckon and urge them in toward beautiful life and love."

This passage really resonated with me for many reasons, but the main one was the imagery of the "gates of Hope." Though the psychiatrist had suffered a major loss not only in her profession, but, as the passage says, "fully," she was still able to see the bigger picture. And that larger perspective is that she's still here, and she still sees that purpose: not to save or do the unattainable, but to simply guide and inspire change.

I've been thinking a little existentially lately. What do I want to do and who do I want to be after July? And why have I been grappling with the same weird, contradictory feelings this entire year? I started to zoom out and look at it through a bigger lens.

I've been listening to a podcast that has helped me understand a lot of these feelings: "We Can Do Hard Things" with Glennon Doyle, considered a top-rated podcast by Apple Music, Spotify and Audible. Doyle, author of Untamed, discusses topics surrounding society and culture with her sister, Amanda. In one of their episodes, "Overwhelm," they get into gender expectations and the weight of the invisible load that caretaking can hold. This leads into a deeper conversation about gendered socialization.

Women are taught that in order to be good, to be fulfilled, they need to be "good" in relation to others. They need to be good mothers, good daughters and good co-workers. In order to have these roles, we must serve others sometimes before ourselves. We're taught to fill up others' cups before our own. And culturally, the patriarchy is set up this way. 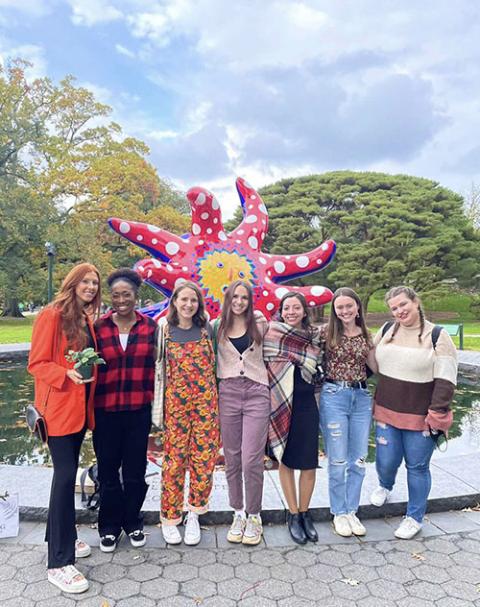 In October, the Good Shepherd Volunteers board of directors was kind enough to get us all tickets to the New York Botanical Gardens in the Bronx. From left: Caileigh Pattisall, Moe Berry, Gabby Kasper, Theresa Vaske, MJ Miranda, Makenzie Moore and Erin Hood. (Courtesy of Caileigh Pattisall)

"[These systems of oppression are] ridiculously connected, because if you're going to overtax women of their time, of their money, of their energy, of all of it, then in order to make it sustainable in a patriarchy, what you have to do is hold up the ideal of a woman as that [of] a woman who is serving constantly to the extent that she has no self," Doyle says in "Overwhelm." "How do we make that desirable? 'Oh, I know, we will create this idea that the epitome of womanhood is this selfless woman.' "

The idea of success through this paradox is for women to serve others so much that they lose themselves in the service of others.  I want to strive to be in service to others, but I do want to know the context, the game I'm playing. I don't want to uphold the expectation that women are meant to lose themselves in their relationships with others.

Independence has become an important value to me, and when I was first exploring that part of myself, I felt so much guilt. I felt selfish prioritizing what I needed and what I simply wanted for myself, my life. And that's a complex I'm still unlearning. I want to show up to these roles as fully myself, not someone who's lost inside a role they think they're supposed to be playing.

I find myself unlearning these patriarchal constructs that keep many women from setting up healthy boundaries in many aspects of their lives. And I'm learning to feel pride in these boundaries and excited to grow because of them. Maybe these observations stem from Women's History Month, but I think they're important concepts to explore within your family, with your friends and with yourself.

As I reflect and move toward the end of my year of service, I plant myself at the "gates of Hope" not only for those I serve, but, most importantly, for myself and the woman I am becoming.