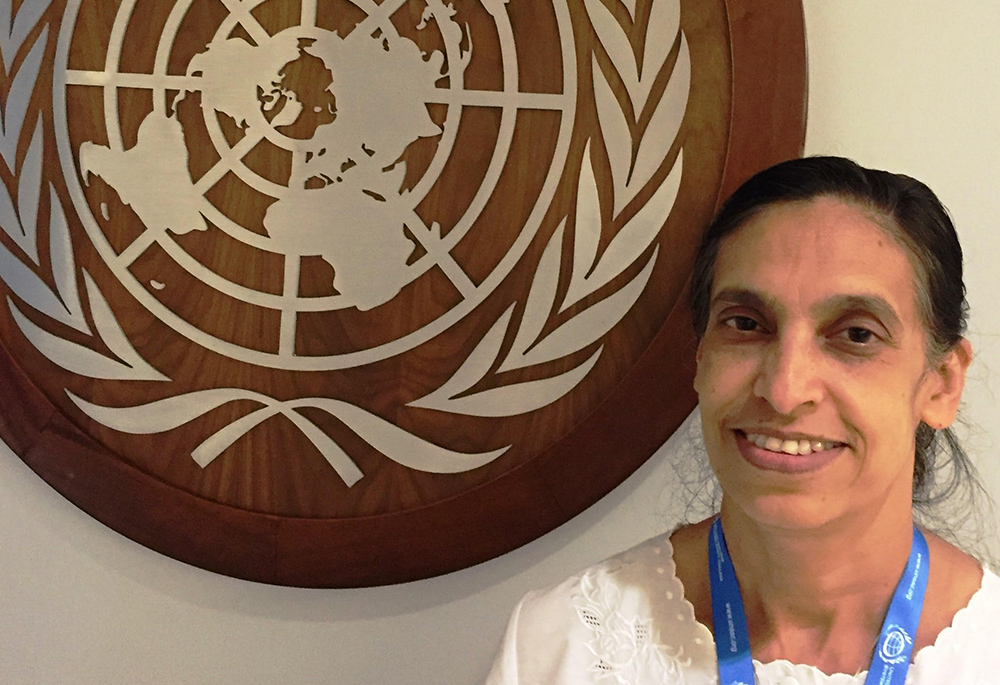 Since March 2020 the world has been experiencing untold sufferings and chaos due to COVID-19. After a prolonged lockdown in the United States, I returned to India, and the lockdown is continuing here.

Luckily, I found an online retreat during the 500th year anniversary of the conversion of St. Ignatius Loyola. I joined the retreat, which was simple: seven months of daily one-hour meditation. On May 24, the Ignatian thought was on "Our Lady of the Way" and we were asked to recall our spiritual journey — the road we have traveled with Christ. And I share it with you:

I was born into a traditional Catholic family in Kerala, India, and my journey with Jesus began in early childhood. I imbibed the faith from my family, the nuns who taught us in school, and my predominantly Catholic friends. My elder sister Elsy left home to be a missionary in north India when I was age 5; I missed her terribly as I was very attached to her. I hardly understood what my mom told me when she said: "Don't cry, she went to become like Alphonsamma." (St. Alphonsa is the first woman saint in India, a member of the Franciscan Clarist Congregation.)

When I was in class 10, I stayed in the boarding school run by the same Franciscan Clarist Congregation. All of us used to pray in the room where Sister Alphonsa lived, though she was not officially declared a saint yet. We placed our pens on her bed, praying to get good marks, and we used to write our prayer requests and place them on her tomb. As a teenager I believed that to become a saint, I needed to become a sister.

When I completed class 10 with good grades, I enrolled in the college named after her. Whether good luck or bad luck — I did not get grades good enough to continue there. My sister, a member of the Sisters Adorers (a Spanish congregation in India) suggested that I continue my studies in Goa, where she got her graduate degree and was serving as novice mistress in her convent. My older brother George, a successful businessman in Mumbai, was happy to sponsor my studies.

I ended up in Carmel College run by the Apostolic Carmel Sisters. The culture of Goa, a former Portuguese colony, was entirely different for a traditional Catholic girl from Kerala. I was devastated by the culture, unfamiliar food, and language, and I missed my home and friends.

I chose the best place, the corner of the chapel in our hostel where no one would notice me crying. I talked to Jesus, my only familiar friend, slowly beginning to enjoy spending time alone with him — and entered into meditation without realizing it.

With my fun-loving friends I enjoyed visiting beaches and parks — sometimes even skipping classes. After I got my Bachelor of Science degree in chemistry and biology I returned to Kerala. The free life in Goa had not changed my desire to be a sister, but I was not attracted to a convent with many rules and traditional habits. Knowing that my family had other plans, my friend and I did some research. Our parish priest knew my struggle and told me, "Celine, Medical Mission Sisters may fit you." Coincidently my friend met the vocation promoter of Medical Mission Sisters on a bus.

After a weekday Mass we visited her community, who were living among the poor Muslims as good neighbors. I liked them immediately and decided to join. I did not inform my family until everything was planned, and once I was convinced nothing could stop me. One of my brothers was so upset that he did not talk to me for two years, protesting my decision. (Sadly, my sister Elsy — who helped me in my choice — passed away in August 2020 while I was still in the U.S.)

I continued my journey with Jesus along with the Medical Mission Sisters, an international congregation founded in Washington, D.C., by Anna Dengel, an Austrian doctor, for the Muslim women in India. At the time I joined, the "option for the poor" was the focus among religious influenced by liberation theology. Our charism is to be a healing presence of Jesus the Healer.

Our formation house was in the coastal area in Poonthura, Trivandrum, in Kerala, among the fish workers. We had classes in the mornings, and we visited homes and tutored the children with their lessons in the evenings. We also had "intense living experiences" — living and working like the poor. One month we were agricultural workers, pretending to be orphans working for our living. We used our daily wage — not sufficient even in those days — for our food.

On weekends Fr. Jose Kaleekal would come and reflect with us how the poor and marginalized face their everyday lives. After my first profession I continued my studies and served as a nurse (B.S. in nursing), choosing to work among the poor again, though for a short while I taught in our nursing school.

My firsthand experience of poverty changed my perspective, and I became a social activist fighting for the rights of the poor Dalit in Gandhipet (Tamil Nadu). We organized the Dalit women (who were triply oppressed — socially marginalized, economically poor and gender discriminated) in 35 villages over ten years, and together worked for their basic rights. 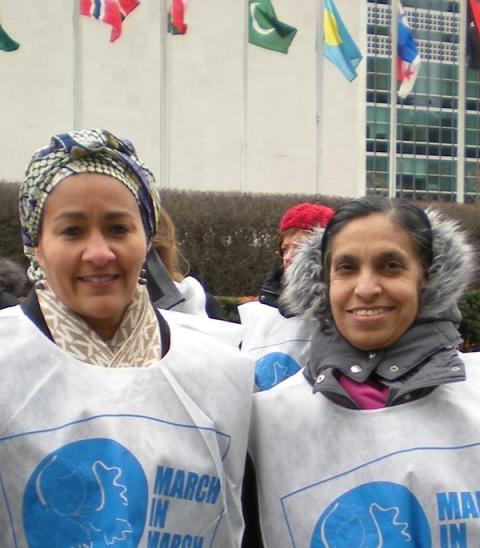 I served as the coordinator of Gandhipet Women's Collective till the local women were empowered to hold that responsibility. Meanwhile I studied for a master's in women's studies, learning about women's suffrage movements. That 10-year experience with the rural illiterate women had empowered me to speak at police stations and government offices for and with them.

Seven years later I was appointed as my congregation's representative to the United Nations. At first, I didn't see how my work connected to the policymaking international arena of the U.N. Slowly, with my colleagues — especially the religious at the U.N. — I connected the dots of grassroot issues. We were called nongovernmental organizations, but we were ambassadors of Christ Jesus, speaking against global injustices and advocating for the world's voiceless.

The interconnected areas we worked on included social justice, economic justice, gender justice and environmental justice. In 2015 Pope Francis visited the U.N., and his encyclical Laudato Si' affirmed the work we already were doing at the U.N. We were also ahead of the game, acting as the global citizens he describes in Fratelli Tutti — we are all brothers and sisters. Ministry at the U.N. was a Gospel ministry, with Jesus as the inspiration to speak truth to power.

Ten years flew by and I am back in India, in my own culture, continuing the journey during this lockdown and asking Jesus, "What do you want me to do next? What will post-COVID look like?" Amidst uncertainties, it is hope — as St. Paul says — which keeps us moving forward.

"For I am confident that He who began a good work among you will complete it by the day of Christ Jesus."
—Philippians 1:6