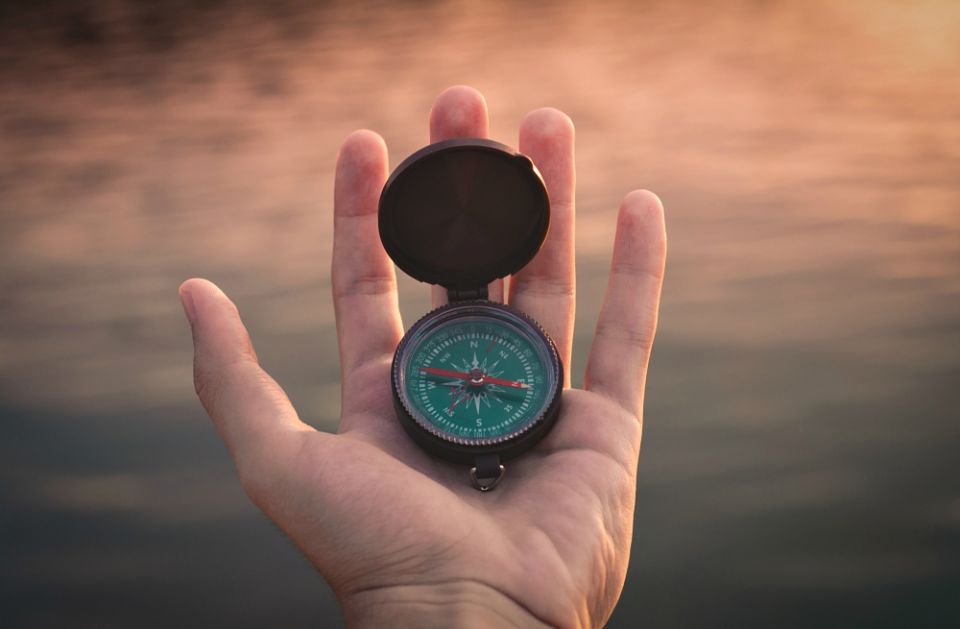 When I saw the pictures on TV a few months ago of the father lying face down on the riverbank and his daughter's arm around his neck while his wife was standing on the other side of the river in total disbelief, my heart broke open once again. It brought back the image of the three-year-old Syrian refugee, Alan Kurdi, who drowned and was washed upon the shore in Turkey in 2015.

What has happened to our moral compass? It seems that the needle is stuck on indifference, lack of compassion, blindness to the degrading and intolerable conditions at the border, and an unwillingness to speak out or to stand up to this injustice.

We have prophetic voices calling us to reclaim our responsibility and dignity. Pope Francis used strong words in a video message sent out ahead of the World Day of Migrants and Refugees. He says, "It is not just about migrants. It is about not excluding anyone. Today's world is increasingly becoming more elitist and cruel towards the excluded."

In June 2013, on his first official trip to the island of Lampedusa in Sicily where thousands of migrants had died crossing the Mediterranean, he spoke of the "globalization of indifference." In his homily there, he lamented, "So many of us, even including myself, are disoriented, we are no longer attentive to the world in which we live, we don't care, we don't protect that which God has created for all, and we are unable to care for one another. And when this disorientation assumes worldwide dimensions, we arrive at tragedies like the one we have seen" and are continuing to see four years later.

The U.S. Conference of Catholic Bishops have also written a pastoral statement, "Welcoming the Stranger Among Us: Unity in Diversity." The moral compass of this statement, as explained in a parish study guide, speaks of people who "have the right to migrate to sustain their lives and the lives of their families and that the right of regulating its borders should be done with justice and mercy." The "current immigration policy that criminalizes the mere attempt to immigrate and imprisons immigrants who have committed no crime or who have already served a just sentence for a crime is immoral." When do these words come off the page and become real action for the plight of the poor and immigrants?

In Matthew's Gospel (25:44), the question arises: "Lord, when did we see you hungry or thirsty, a stranger or naked, sick or in prison and did not come to help you?" A contemporary paraphrase could read: Did you see me when I was hungry and then rationed my food, thirsty and you handed me a bottle of water to last for days, a refugee seeking asylum and you locked me in cells, pulling my children from my arms, separating us as a family, and calling us criminals? "Whenever you neglected one of the least of these, you neglected me."

This spring, I had the opportunity to work on the border with several of my sisters, and this experience has changed my life. The time spent with the immigrants and their families brought a human face to an inhumane situation.

As people came off the buses, some carrying tiny children, many crying when they saw smiles and welcoming embraces, no razor-sharp fences, cramped cells and guards watching them as if they were criminals. Maybe they realized that they were on holy ground of welcome and hospitality.

While we were talking to one of the mothers, she saw that another bus had arrived from the detention center and she said to us, "Hurry, go and get the people to welcome them as you have welcomed us." What a testimony of compassion and care.

They were each given a hot meal, clean clothing, showers and phone calls to family or sponsors who would provide them with tickets to travel to their new home. They were all processed so they could be on their way in the morning to begin a new life in the United States where Lady Liberty's message could be lived out: "Give me your tired, your poor, your huddled masses yearning to breathe free."

There were precious moments that tendered my heart and made me so aware of the qualities of goodness found in the people to whom we were attentive. I worked with a father who had come with two young boys. He had hardly any fingers on his hands, but with much care, he folded clothes and then later helped others find clothing that would fit. At lunch, he did not appear well and he was asked if he was OK. "Yes, I am OK. It is just that while we were in the detention center, the food was very small and I gave much of it to my two sons who needed it more than myself." This continues to ring in my ears when I sit down to eat in the comfort of my own home.

Tabatha Coffey said, "Sometimes in order to follow our moral compass and/or our hearts, we have to make unpopular decisions or stand up for what we believe in."

I have encountered the dual-perspective poem "The Refugees" by Jason Fotso several times in my reading the past couple of months, and it touches all that I hold within my own heart. This poem speaks of the hardness of heart that does not open homes or hearts closed by fear and misconceptions. It is about who the "other" is for us, and the terror that is wrongfully envisioned. As you read the poem, hopefully you will experience the conversion that is necessary to open hearts, homes and borders in welcome.

Norman Vincent Peale is quoted as saying, "Change your thoughts and you change the world." To look at immigrants as members of our family in search of freedom from violence and sure death — this can help us to change our thoughts. What is one way that I can change my heart? How can I stand in solidarity with the many broken hearts, lives and spirits of people who wait at the border for welcome? What injustices cry out for my prophetic voice?

And Pope Francis writes in "Laudato Si', on Care for Our Common Home ": "For all our limitations, gestures of generosity, solidarity and care cannot but well up within us, since we were made for love." Where does the needle of our moral compass point? To compassion or fear, welcome or exclusion, to the face of God in all people or as enemies. If our moral compass has been awakened, let it point to "We are all made in Love."

[Barbara Smith is an Adorer of the Blood of Christ. Her ministries have included work at Newman University in Wichita, Kansas, and parish ministry among the Navajo in Crownpoint, New Mexico. Called first to regional leadership and most recently congregational leadership in Rome, she is currently a member of the Community Life Team at the Ruma Center in Ruma, Illinois.]

Spirituality | Our moral compass must be awakened

The transformative power of Tootsie Pops

Is a 'common good' possible?