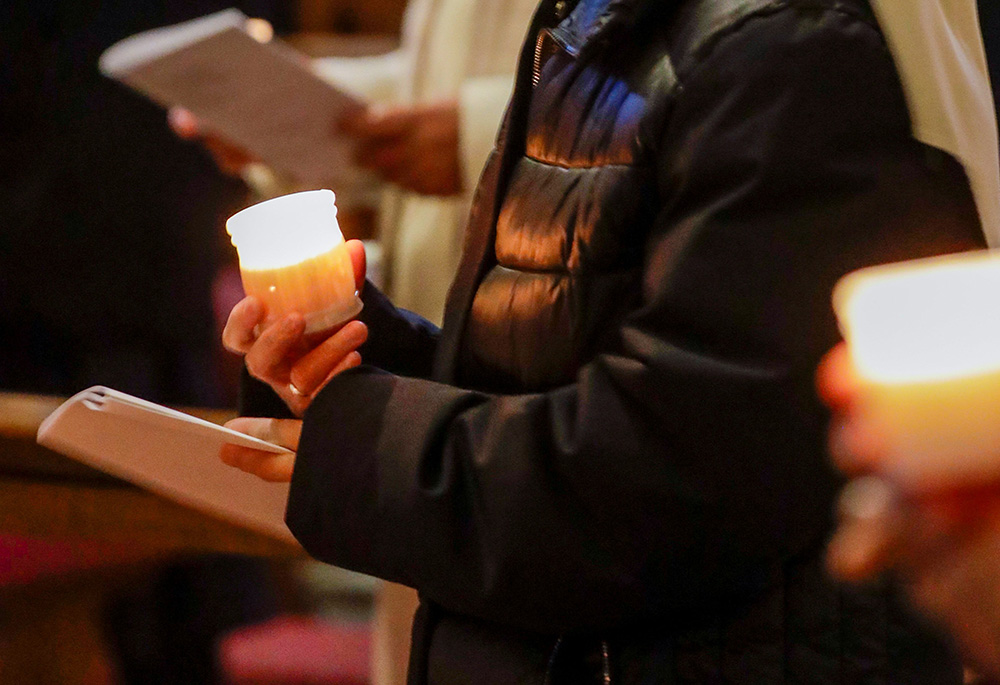 Consecrated life is a beautiful and fulfilling experience in Christ.

Nonetheless, vocations are showing declining trends because of interaction between psychological, social, cultural, religious, economic, political and other factors to varying extents. Because of shifting demographics, in India, more vocations are coming from poorer regions. Underage girls are sometimes compelled to leave their families to join religious life. Perhaps mixed motivations need to be addressed in the formation process.

Although the minimum age for admission of candidates to the novitiate is 17 (Canon 643.1), this is often delayed so they can learn English or be adequately catechized in Christian faith and morality. There could even be nuances in the delicate task of mutual discernment, with the candidate and/or the institute insisting on allowing more time for them to be able to meet the requirements. But how many years of extension are justifiable to prepare for their "formal" initiation into consecrated life? Who'll decide where to draw the line? Over the years, men and women in various forms of consecrated and dedicated life have shared with me how they spent six to nine years in the institute (semi-formally) before being told to leave or make their "first" profession or commitment.

Sometimes, the individual and/or the institute later discern that they aren't called to make their final profession. I know women who continue due to their indebtedness to the institute or pressures from society. Those who leave often harbor deep-seated emotional wounds and are unable to reintegrate with their families or wholeheartedly consider marriage prospects. Dear ones can't recognize them anymore! They don't adjust well to jobs or professional work in society. I think this might have to do with their formation and separation from the world in the early stages of their consecrated life.

Globally, many of today's vocations seem to come from post-Christian, multireligious, or disturbed families carrying a lot of emotional baggage. They are digital natives with a short attention span and living in a culture of promiscuity; hence, formation becomes challenging in its various dimensions.

I've known youth who — unable to cope with insecurities, uncertainties of life, and confusion of ideologies — opted for celibate lifepaths that have strictly regimented and traditional structures, offering clear identities. Lay movements and associations with celibates taking private vows or promises are also becoming popular. Some of them have options for married couples to lead dedicated lives.

These vocational varieties have a wide spectrum of ideologies ranging from conservative to liberal. Besides, every form of consecrated or dedicated life or institute has members at different stages of consciousness. Newer forms are emerging, but they tend to embrace the three evangelical counsels of obedience, chastity and poverty "by default," with supposedly newer interpretations of these vows. This is to be expected when ecclesiastical authorities discern the originality of their charisms before approving them. In the apostolic letter Authenticum Charismatis, dated November 2020, Pope Francis warned about the unnecessary duplication of new institutes.

The three evangelical counsels were originally meant for the spiritual growth of consecrated persons. However, the vow of obedience could lead to infantilism and spiritual abuses by some authorities. The vow of poverty in communitarian setups might offer a sense of "social security" in poorer countries, which could lead to overdependence and emotional immaturity. These problems directly impact the happiness or despair experienced by consecrated persons.

Formation is supposed to help every consecrated celibate to be free, mature, discerning and responsible. Instead of being stifled, an individual's charisms must bring newness and freshness to the charism of an institute of consecrated life or society of apostolic life. To what extent is this being realized today? Could we respond to these challenges with radical creativity during these times of synodal consultations? 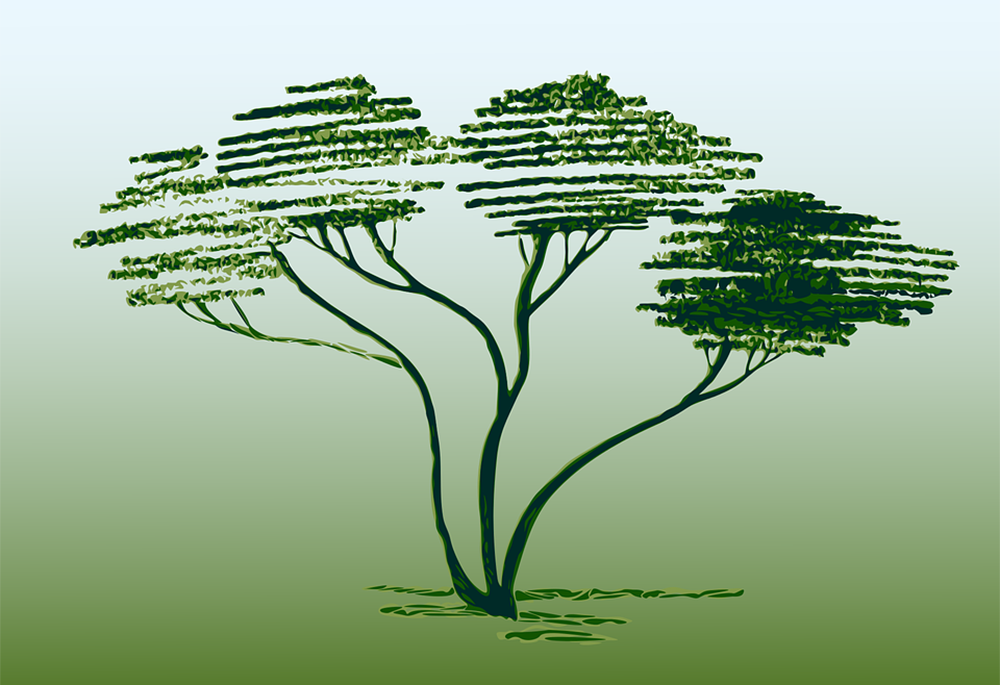 I've been reflecting on how the Second Vatican Council document Lumen Gentium (The Dogmatic Constitution on the Church), refers to vows as well as sacred bonds:

The faithful of Christ bind themselves to the three aforesaid counsels either by vows, or by other sacred bonds, which are like vows in their purpose. By such a bond, a person is totally dedicated to God, loved beyond all things.

There doesn't seem to be serious thought among today's theologians, church authorities, and founders/foundresses regarding the possibilities of other types of vows or sacred bonds in consecrated life, though.

In the early church, diocesan versus desert fathers and mothers had different theologies of consecration, with the former being more charismatic and pastoral, and the latter being more ascetic. In the ancient rite of consecration of virgins, for example, the diocesan bishop invoked the gift of the Holy Spirit upon the candidate through a solemn prayer to consecrate her to God.

This vocation has always demanded an evangelical life, but it does not dissect the sequela Christi (following of Christ) into the counsels of obedience, chastity and poverty. With the Spirit as counselor, the vocation has other sacred bonds and counsels as expressed in the consecratory prayer.

The earliest forms of monastic life too had unique evangelical counsels and forms of commitment. It was only in the 12th century that the practice of the vows of obedience, chastity and poverty emerged among mendicants and became the norm.

Today, in the rite of religious profession, individuals consecrate themselves through the profession of vows when all other canonical requirements are fulfilled, although the rite contains a prayer of blessing or consecration since its revision after Vatican II (Sacrosanctum Concilium, 80). Thinking aloud, perhaps a new paradigm of consecration that is radically creative and relevant could bring a springtime of vocations in every existing and new form of consecrated life.

Although formulated in harmony with the changes brought about by Vatican II, I wonder if canonical norms in the Latin as well as Eastern churches are in harmony with theological developments in today's world? In my opinion, nonadherence to canon law by leaders in the church in some contexts (such as accepting underage vocations and delaying their formal initiation into the institute) requires critical analysis. I have three further suggestions for reflection as follows.

First, the timeframe for various stages of initiation and formation for consecrated life needs to be redefined. The rights of individuals and the duties of institutions towards those who leave after a certain period, irrespective of their stage of formation, need to be redefined, particularly considering social security for their future.

Second, the definition of consecrated life itself needs revision. It's time to think beyond a fragmentary understanding of the following of Christ through the three evangelical counsels. The possibilities of other forms of sacred bonds or vows could be considered.

Finally, the degrees of separation/insertion in the world need to be further revised in harmony with theological developments after the Second Vatican Council and the origin and nature of every form of consecrated life. For example, the history of apostolic religious life reveals that many communities emerged with the intention of being close to the people they served by remaining in the ordinary circumstances of life. However, monastic schedules, understanding of the vows, and cloister were enforced by church authorities.