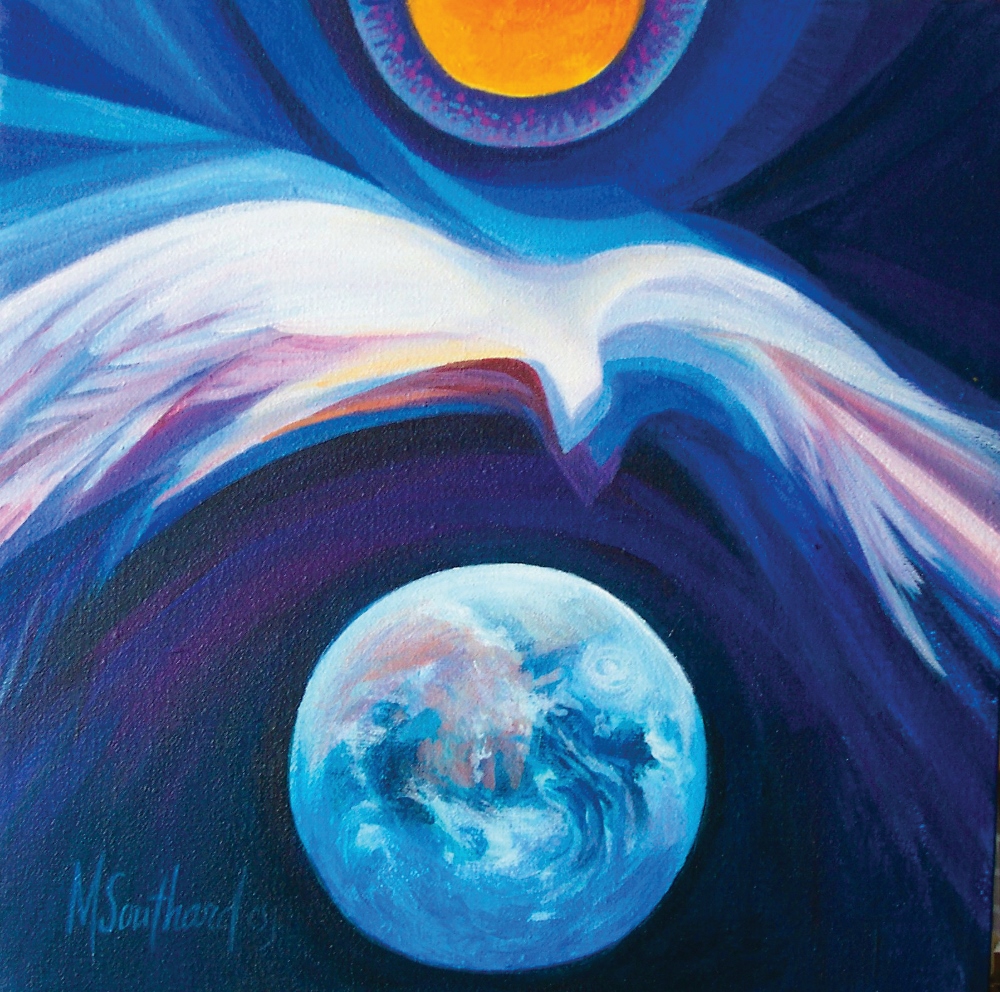 Before hospitals and then funeral homes made death and dying an antiseptic set of rituals performed away from the sight of grieving relatives, it was very much a family affair.

Now a number of reformers, often speaking from a decidedly secular perspective, many of them young, want families to have control over decisions that were once routine – death at home, cleansing of the body, natural or “green” burials.

In Los Angeles, bestselling author and mortician Caitlin Doughty (Smoke Gets in Your Eyes & Other Lessons from the Crematory) helms The Order of the Good Death, a “group of funeral industry professionals, academics, and artists exploring ways to prepare a death phobic culture for their inevitable mortality.”

Mortician Caleb Wilde is as well known for his sometimes cheeky Twitter bon mots and pictures as for his multifaceted blog musings, (Confessions of a Funeral Director) from coping with miscarriage to when and how to involve children in funerals.

As chronicled in this 2013 story from The Atlantic, death salons and other arenas for conversations are springing up on a global scale, in part a reaction to 20th-century traditions like embalming, funeral homes and spending one’s last days in hospitals.

In this midst of this lively and often graphic debate, some members of the Sisters of Mercy, one of the larger religious congregations in the Americas (with approximately 3,400 sisters), are offering an alternate perspective, one that balances the certainty of human mortality with their strong faith in life hereafter.

Headlined “Facing Terminal Illness with Mercy,” a series of conversations with sisters grappling with end-of-life illnesses are featured on Connect with Mercy, the community’s blog.

January’s profile featured Sr. Patricia Farley, 80, who was diagnosed with metastatic ovarian cancer last August. Mary Ann Walsh, a 68-year-old sister well-known to journalists, among others, as the former director of media relations for the U.S. Conference of Catholic Bishops, (and a columnist for the Jesuit magazine America), was the subject of February’s profile. The third part of the series, a profile of Elaine Deasy, will run on the blog on March 20. Deasy has been diagnosed with metastatic breast cancer, but she continues to serve actively as a spiritual director, including for incarcerated women and women in recovery.

Mercy communications specialist Catherine Walsh, a laywoman, was inspired to write about the subject, she says, both by a personal experience of loss and by her own observations as a Mercy employee. Her aunt, Mary K. Walsh, a St. Joseph Sister for 67 years, had become very ill, and ultimately died shortly after she took the job with the Mercy sisters.

“I thought it was very powerful that, even though she had the love of her family [two surviving brothers and 26 nieces and nephews], she had this incredible faith community holding her and supporting her in the most profound way,” says Catherine Walsh, who relates that her aunt spent her last days in a skilled nursing facility, surrounded by the “love and support and constant presence of sisters.” 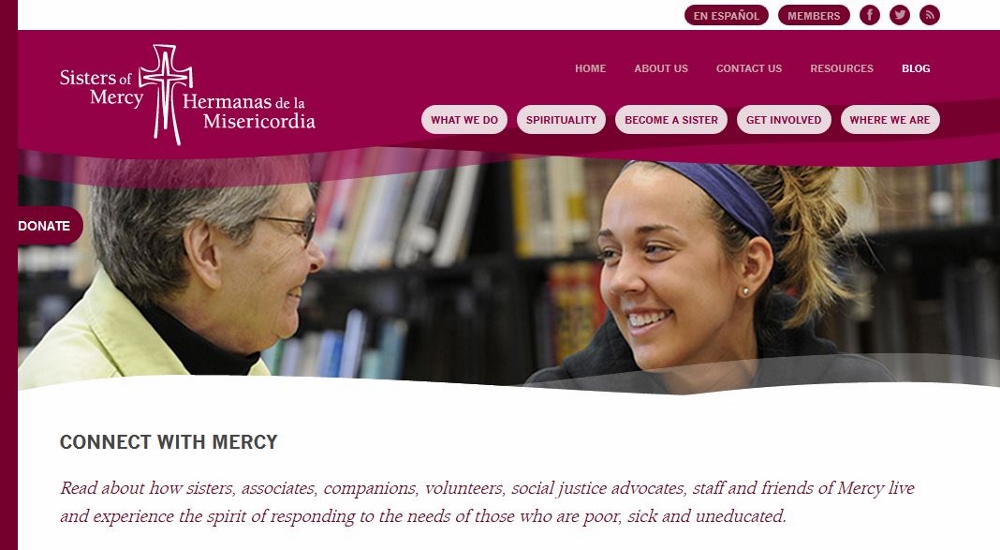 As she grew familiar with the ways in which the Mercy sisters supported one another, she says, she began to wonder: “What is it like for sisters who have a lifetime, 50 or 60 years of giving corporal and spiritual works of mercy, to suddenly be receiving it in a time of need?” After hearing about sisters who had been diagnosed with cancer, Walsh decided to contact them and tell their stories through the particular lens of their community.

Despite the conflicts and other forms of brokenness that flare up, Mercy Sr. Jean Roche believes that the public conversation about death and dying is part of a greater spiritual awakening – and that women religious can be part of the dialogue.

“I don’t think we have been proactive enough in training people in spiritual practices,” says Roche, a former hospice chaplain, death-and-dying educator and writer. “We need women religious to step up to the plate and train people in practices of healing and wholeness.”

When faced with their own mortality, many people regress to childhood beliefs, she says, including the notion that they are being punished by God.

“I think sisters can be more involved in behaving like Mary Ann Walsh or Pat Farley, not just [when it comes to] death and dying, but to life and living,” she adds.

Discussing the prospect of one’s own demise might be daunting for the most courageous of souls. But when Mary Ann Walsh was contacted, she says, “I really did feel an obligation to people . . . as a reporter I’ve convinced people to talk to me.”

A few months ago Walsh left the city where she had spent so many years as a journalist to return to the Albany convent where she would spend the remainder of her life. Recently, she says, she decided to call in the hospice team.

Asked what it was like to stare down one’s own death, she said: “It’s so hard. I guess you can prepare for it generically, but never having been through it, you don’t really know what it means for you.”

While she used to believe that a slower death from an illness like cancer would allow the blessing of time to say farewell to friends and families, even Walsh, a woman who thinks “the best spontaneity is planned,” has her “oh wow, this is it” moments. “You don’t think about the implications of going slowly and knowing something will happen.”

Walsh sometimes finds it difficult to pray, and it takes longer to say the rosary. Yet she is reassured by the words of friends who tell her that she is carried on other people’s prayers and the power of her celestial “team” – Jesus, Mary and her longtime favorite winged champion, the archangel Michael.

Particularly remarkable to Walsh, who brings the eye of a trained observer even to this time of increasing weakness, is the effect her illness has had on the community where she lives.

Community members line up to escort her to Mass, (“Anybody can bring me down to Mass, but it means more if it’s a Sister of Mercy”), sit next to her, bring her lunch or make sure she’s safely in bed at night. If she’s not in the dining room, three or four people show up in her room to make sure she’s OK, she says.

“It’s been such an amazing experience,” agrees Roche, who lives nearby and visits often. “She has transformed the motherhouse and has created a new model for death and dying.”

Even in illness, Walsh continues to show others the “Mercy value” of hospitality, leaving her door open for visitors, being honest about the “lights and shadows” in her experience of dying and continuing to open up her world through her writing, says Roche.

“Mary Ann is brave and strong and clearly dying, but she has that Irish redemptive sense of humor and lets her needs be known,” says Roche. “She has courage, deep faith, is intuitively wise and is an outstanding example of continuing to live as fully as she can. She’s a perfect example of normalizing the end-of-life process.”

More comfortable with covering a story than being its protagonist, Walsh was concerned about the effect the blog post would have on those who weren’t aware that she was seriously ill. On the other hand, she notes with interest the warm response from the broader community, including her former colleagues in the sometimes rough-and-tumble world of journalism. Recounting how touched she was by the reporters who sent her video greetings from a bar, Walsh added: “People don’t think of reporters being nice like that.” 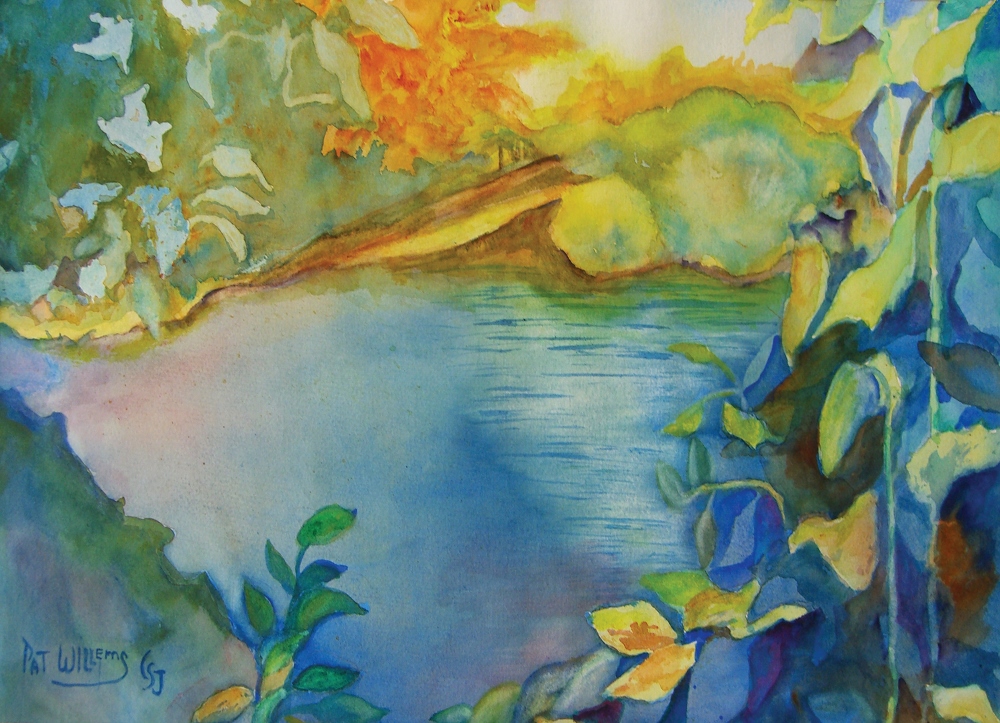 In her January profile, Catherine Walsh describes the somber scene last summer when Patricia Farley, given a terminal diagnosis, was visited by the funeral director and three priests to assist her in preparing for the inevitable.

It wasn’t long after that, however, that Farley’s energy level and ability to engage in normal activities began to rebound, surprising both her and her medical team. “When I first came home from the hospital, I thought it was my responsibility to prepare to die, and that’s what I did for about three weeks,” she is quoted as saying in Walsh’s blog post. “Then when I realized that death wasn’t imminent; I decided to engage myself in living.”

Until recently, Farley did just that, a regimen change that included New England vacations, travel abroad and attending plays in New York and Boston and retreats.

Within the past few weeks, she has “experienced a physical and slight mental decline. While it may not be my end time, (according to my hospice nurses) it is certainly a sharp transition time for me,” writes Farley in an email, explaining that she can no longer walk without assistance, needs 24-hour  care and has to have her meals prepared.

“I have loved well in this lifetime, and this love is being returned two hundredfold,” she writes.

Asked where she finds God in this time of physical weakness, she writes: “Every morning God invites me to go to the top of the mountain and wait there. I find that comforting, and it reminds me that waiting always implies a relationship. I will wait as long as God decides to hold me in love there.”

Mercy Sr. Amy Hoey, a longtime friend of Mary Ann Walsh, communicates with her every day on the telephone, spending time in prayer and conversation.

“If there is some way that as Sisters of Mercy we can help contemporary society accept death as a part of life,” Hoey says, “that would be a wonderful legacy from us.”

As a veteran member of a hospice team, Hoey has spent many hours by the bedsides of the dying.

Although she admires the reverence and realism she sees at the New Hampshire nursing care facility run by the Sisters of Mercy, she echoes Mary Ann Walsh’s words about the anxiety that comes with moving into the unknown. “We like to be in control, plan our lives . . . there is so much mystery in all of this, and we don’t handle mystery very well.”

When interviewed, Hoey was on her way to spend a week at the Albany motherhouse with Mary Ann Walsh.

“What I have seen was her profound old-fashioned Irish faith. . . . She has that and also an irrepressible sense of humor in the midst of the horrible stuff – a light touch,” she says. “That kind of faith and that kind of resiliency that comes from faith have made it easier for me to companion her.”

“It has been a great journey here accompanied always by the God who won’t let me go,” concludes Farley, “but now I look forward to my return to the Source from whom I came.”

A brief list of resources for conversations about death and dying compiled by Jean Roche:

Editor's note: An earlier version of this story misidentified Sr. Elaine Deasy's work; she does not minister to incarcerated men, but only to women.

We idealists 'cry for the moon'

As US associates track to surpass women religious, both face 'turning point'