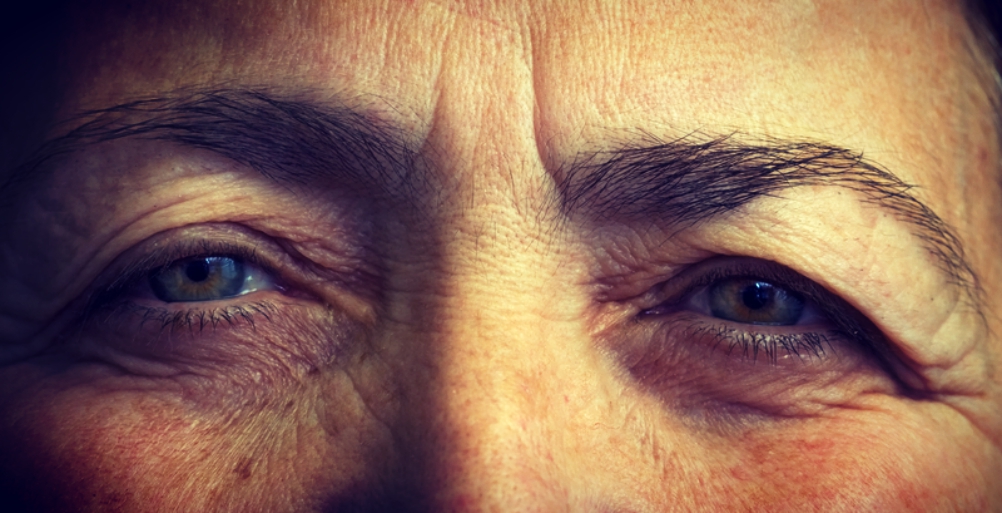 by Cecilia A. Ranger

The United States has engaged in wars for much of its recent history, and we have learned about post-traumatic stress disorder (PTSD) from veterans of those wars. My own Navy brother still jumps at every loud sound, and recently fell to his knees when the waitress at a restaurant dropped a heavy plate. But PTSD does not show up on an X-ray, so for decades it was believed that there was nothing seriously wrong with the veterans. Many of them were told, "Get over it. It's all in your head. It's just shell shock."

I have read stories about PTSD; served as dissertation adviser for students writing about it; and done spiritual direction with families of PTSD sufferers. Traumas sustained through war, abuse, homelessness, trafficking or other grave injustices have been retained by victims all their lives — in muscles, nerves and psyches (NICE Clinical Guidelines).

Ministering in parishes, seminaries or my congregation, I have heard life stories from vowed men and women religious. I finally realized that they have experienced traumas very like those mentioned above. Did their spiritual resources and support of friends and colleagues help them deal with a lifetime of traumas?

That's why I was deeply moved by Kenneth Briggs' book Double-Crossed: Uncovering the Catholic Church's Betrayal of American Nuns. I have met most of the women featured in this book at the Leadership Conference of Women Religious, the Religious Formation Conference, and various theological and biblical conferences. As I read, I kept wondering how a layman like Briggs could get it so right.

For decades, I have heard remarks about sisters' "easy" lives: job and retirement security, just having to pray, free summers and vacations, no responsibilities for children or finances.

As a reality check, let me use my own life:

I rose at 5:10, having slept in the dormitory with homesick resident students who cried during the night, or slept in my classroom or small office on a rollaway bed.

Then I taught five high school courses a day; supervised student teachers from a nearby college; advised after hours for the yearbook or other extracurricular activities; cleaned, waxed, and polished hardwood floors of a four-story academy.

I participated in daily Eucharist, spiritual reading, morning and evening prayer, community meetings and activities; substituted for sick sisters; administered back rubs; accompanied sisters to doctors; ironed starched headdresses. I had 10 minutes for each meal, and retired at 10 unless there was an evening event.

Once I asked the local superior which of three things — scheduled for the same time — I should do. She threw up her hands, saying "Who else can I ask?" and left me standing in her office.

During "free summers," I supervised students at summer camp for six to eight weeks, made an eight-day retreat, and occasionally taught CCD classes. Of our "young sisters" only two of us emerged somewhat unscathed — others left the congregation for health reasons or even personal survival.

Sisters in other congregations had similar 24/7, year-round schedules. Some told me about teaching 60 students or multiple grade levels in one classroom, or back-to-back shifts at the hospital. They described how they were disciplined for arriving home late after they dealt with an emergency, or how sleeping on a cold porch contributed to lifelong arthritis. One told me her pastor said, "Well, sisters are supposed to suffer."

After 1954, sisters participated in the new Sister Formation Conference. Before that, most taught 10-20 years while earning their degrees and certification in summer school, Saturday/evening classes or correspondence courses.

Until after the Second Vatican Council (1962-65), active religious were also supposed to act like cloistered religious: rise early, never go out alone, pray Office, do penance, fast, do housecleaning and cooking and laundry, be present at common meals and spiritual reading, and wear a long habit regardless of muddy playground duty.

One evening, in the middle of a parent-teacher conference with parents who just learned that their daughter was pregnant, I was called home at the designated hour, abandoning the sorrowing parents.

The reforms of Vatican II came as a great relief to sisters who had been trying to live both the apostolic and monastic life; many entered the new era with gratitude and relief, though others were frightened by and resisted the changes.

Imagine the alarm and disbelief of U.S. sisters in 2008 when the Vatican, without apparent cause, instigated two nationwide investigations. The first was called an "apostolic visitation" to "look into the quality of life" of religious institutions. It was a shocking affront to sisters that such a scrutiny by the church seemed to intend to reverse what they were called by Vatican II to do: re-enliven their charisms and meet the monumental needs of people of their time. Add to that scenario the mess in the church's own backyard that needed critical attention.

The second investigation was directed at the Leadership Conference of Women Religious (LCWR). It claimed that LCWR had failed to promote the church's teaching on the male-only priesthood, homosexuality, and the primacy of the Roman Catholic Church as the means of salvation.

As the demands on sisters continued, for a variety of reasons their numbers declined. This was another trauma for aging religious: Lower numbers meant sale of beloved convents. Some congregations merged provinces or formed collaborative relationships with other congregations. Some institutes decided to stop taking new members because of low numbers, increasing health needs, or lack of financial resources.

The traumas that aging religious endured over a lifetime are now coupled with the rapid changes of the 21st century. Some elderly religious have trouble with new technology and find it hard to master the emails that keep them informed of community and societal changes.

I think these phenomena in aging sisters can be designated "PTSD." I am saddened by some of their coping mechanisms: collecting too much thrift store clothing; going to every social event offered or staying in their rooms; choosing family time over community events to make up for visits missed in the past. Some avoid any current or former authority figure.

But I understand and empathize: Sisters are slow to advocate for themselves. Many feel guilty if they engage in self-care.

And yet, sisters have not lost hope in religious life or in Christ's promises for the church. I rejoice at the many healthy ways they have sought healing and life: developing latent artistic gifts or second ministries with street people or spiritual direction; introverted, overlooked members developing leadership qualities. Sisters finally have longer periods to pray, instead of "spirituality on the run." Having found time to write, I used Amazon's Kindle Direct Publishing to write some books — one titled Spirituality on the Run!

Now dramatic changes are needed in formation. Though the "nuns and nones" and other millennials share many values (hunger for community, prayer, service to the underserved), contemporary women would never tolerate the unhealthy misinterpretations of "how one becomes holy" that women religious endured for decades.

In 2017, Sandra Schneiders gave a talk dealing with two issues that seem particularly relevant to me as a former novice director. She discussed the importance of cohorts — e.g., how technologically literate young women of today communicate through social media, and form intercongregational friendships. These will require travel funds and Zoom calls.

Another issue is in academic preparation. Though many women have professional educations, few have acquired much depth in Catholic theological or philosophical studies (or even Catholic practice). A new kind of sister formation program will be needed.

Since an elderly sister entered the convent, there are many changes in society and the church. But although she may suffer some degree of PTSD, she has survived.

She still considers herself blessed among women.