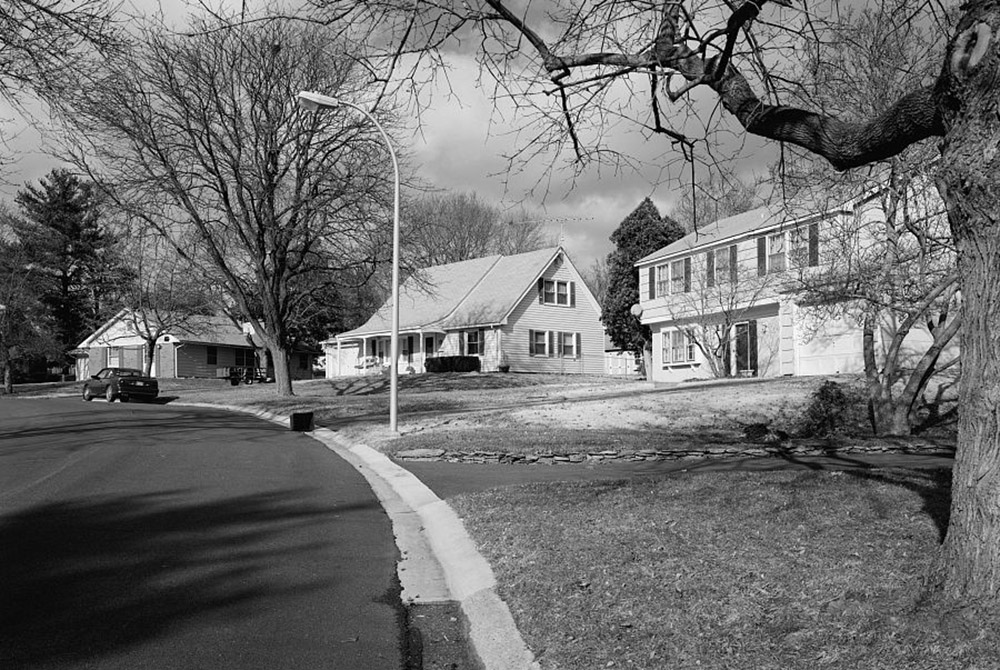 Three houses that were part of the first group of homes completed in the development at Belair at Bowie, in Bowie, Maryland. Susan Rose Francois' parents were among the first couples that bought houses built by Levitt and Sons in Bowie in 1961. (James W. Rosenthal/Library of Congress)

Growing up in Bowie, Maryland, in the 1970s and '80s, almost everyone I knew was white like me. Neighbors, parishioners, classmates, shopkeepers, you name it — we were all white. For a summer or two I had a playmate down the street who was biracial (her dad was white and her mom Black), but the family didn't stay in the neighborhood long. In fifth grade, I made a new friend who was the first — and only — Black student at my Catholic elementary school. She lived in a nearby town, though, not in Bowie.

So why was my suburban experience monochromatic, in the multiracial Washington, D.C., area no less? Pure and simple, it was because of racist housing policies.

My parents were among the first young couples that bought affordable houses built by Levitt and Sons in Bowie in 1961. I was mesmerized recently, watching "Tales of Belair at Bowie," a documentary broadcast by Maryland Public Television, as I listened to familiar faces — neighbors and friends of my parents — reminisce about the building of a budding new community in Bowie.

At about the halfway mark, the documentary takes a brief detour to explain why everyone was white. "I was looking for a place for my family," recounts Dr. Karl Gregory, interviewed on the phone by the filmmaker, Jeff Krulik. "Levitt built quality homes for lower-middle-income families, and it was hard to beat their prices. But I knew my offer was not going to be accepted, so I had nothing to lose."

From the beginning, Levitt and Sons faced scrutiny for their refusal to sell to non-white buyers. As detailed in WETA's history blog Boundary Stones, they used language that we now understand to be coded, telling the Prince George's County Council that they would be "good neighbors" and the new development would not be a "slum area." In summer of 1963, the Congress of Racial Equality organized picket lines and even a sit-in at the model homes in Bowie to protest racist policies. I grew up hearing the stories of how my mother joined the picket lines. My father, later a member of the Prince George's County Council, helped to pass the 1967 open housing law which, along with the 1968 federal Fair Housing Act, finally forced Levitt to sell new homes to qualified Black buyers. By then, however, the damage was done, and the white suburban enclave of my childhood had been created. 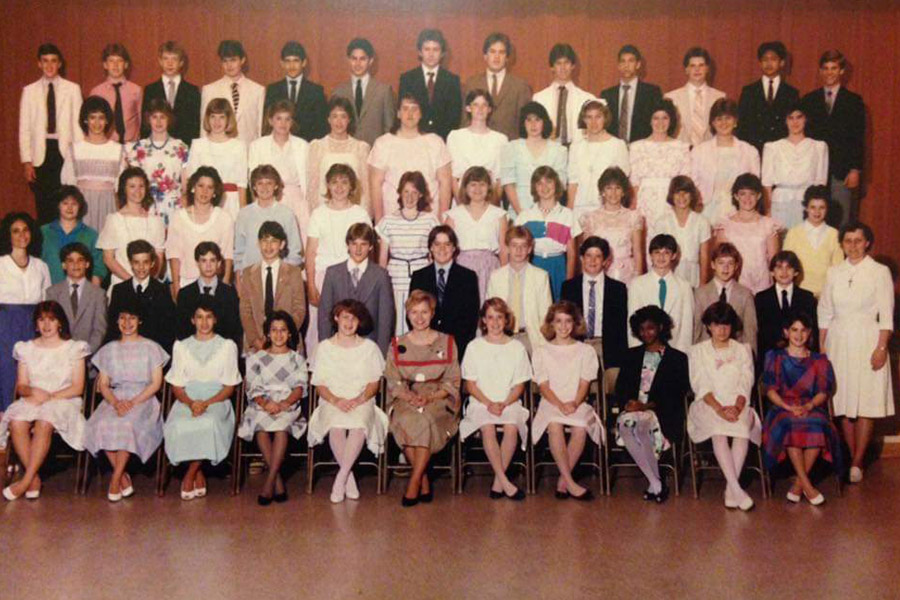 Susan Rose Francois, the second row from the top, sixth from the left, is pictured in the class of 1986's eighth grade photo at St Pius X Catholic Elementary, in Bowie, Maryland. (Provided photo)

"Healing racial divisions," writes Bryan Massingale in Racial Justice and the Catholic Church, "entails facing history and facing ourselves." He further asserts that we must confront the "inconvenient truths" and name the "social falsehoods" that enabled the injustice to occur.

I honor the work that my parents did to confront structural racism. I also must acknowledge the inconvenient truth that I grew up in an all-white neighborhood because of structural racism that directly benefitted my family. My parents earned equity in their first home, and later purchased a larger home in the same neighborhood when their fifth child, yours truly, was born in 1972. This equity enabled them to borrow money over the years and to help their children attend college. After my mom's death, Dad sold the home, which made his retirement more comfortable.

Digging deeper, Massingale notes that it is necessary both to render "a more honest account" of historical roots of racial injustice and to shift or reframe social narratives and "stock stories." One of the stock stories of my Bowie childhood was the historic connection to the Belair Mansion, the old plantation house just up the hill and in sight of our local pool. Belair was built in 1745 by Maryland Gov. Samuel Ogle. Occasionally we would tour the mansion to see how that family lived in the 18th and 19th century.

Thinking back now, I realize that stories were never told, nor questions raised, about the generations of enslaved families whose labor must have kept the plantation running. In 1865 the new Maryland constitution freed the 41 enslaved persons held in captivity by Dr. George Cooke Ogle, including 8-year-old Celia, 6-year-old Edward, 4-year-old Emily, 3-year-old Eliza, and an unnamed 2-year-old. I catch my breath now, now recognizing that enslaved children worked where I played, even if centuries earlier. They worked land where 100 years later, other Black families were not given the same opportunity as my white parents to buy a newly built affordable home on that same land.

In their 2004 pastoral letter, "Eliminate Racial and Religious Discrimination: See Every Person as My Sister or Brother," the Canadian bishops offer an insight I find helpful as I end this reflection. Considering the church's role in the former Indian Residential Schools, the bishops note that "to be able to confront racial and religious discrimination today, an authentic knowledge of the failings as well as the healing efforts of our past history is required."

While my parents, now both in heaven, raised their five children in a suburban development that only sold to white buyers, they also actively used their political and civic power to work to change racist housing policies and laws. Today, Bowie is much more racially diverse. Thanks to the encouragement of my mother, I made friends with children who did not look like me and I decided to attend a racially diverse Catholic high school 45 minutes away. I know that these relationships influenced who I am today, and for that I am very grateful.

My ongoing learning about racism and my own continuing inner work to become more anti-racist are built on the foundation of my parents' work for civil rights in their own time. Truth-telling and digging into our personal and collective stories is part of the equation as we seek true healing and reconciliation. We need to learn and grow, hopefully together. We are called both to tear down oppressive structures and racist attitudes, and to rebuild with love and justice, for the common good, from the ground up if need be.