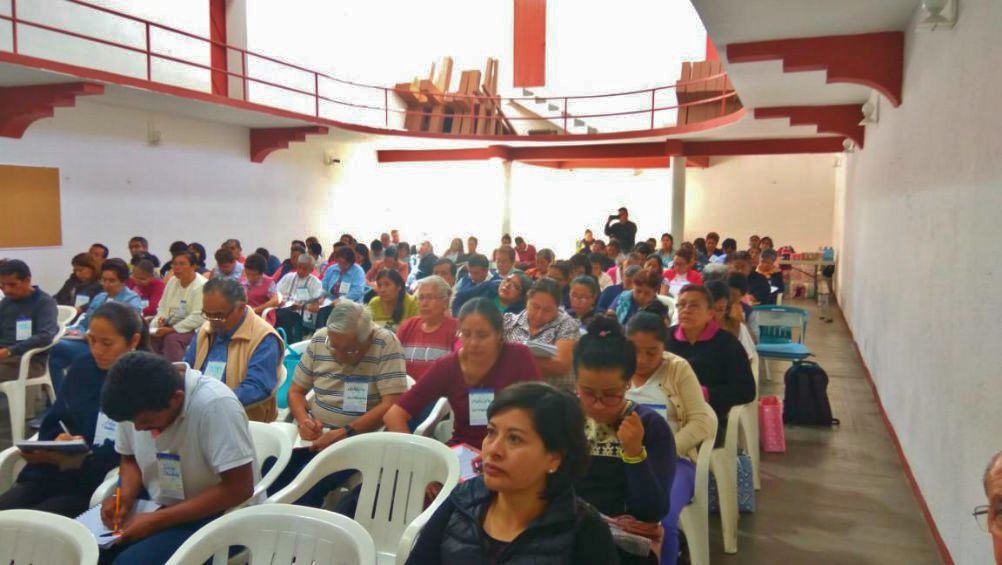 Oaxaca, Mexico, like the neighboring southernmost state of Chiapas, was a hotbed of liberation theology in the 1970s and '80s, blossoming with social initiatives designed to empower the poor populations of the region.

"There was a time here in the archdiocese that social responsibility was the main thing: the time of Don Bartolomé Carrasco Briseño, may he rest in peace," said Sr. Pilar Chagoya Mingüer. "The movement that was growing within the church was very strong."

Like the legendary Bishop Samuel Ruiz García of Chiapas, Oaxaca's Carrasco was an advocate of a more social interpretation of the Gospel. He came to be known as "Father of the Poor," as he came into contact with the indigenous, poor and marginalized people of that state. His response was to implement a policy known as "integral evangelization" and a "preferential option for the poor."

Those were times of high participation by socially oriented religious; there was work in the indigenous communities, training of pastoral agents, and teaching people to be self-sufficient through workshops in agroecology, food sovereignty, traditional medicine and other practices to enable a more dignified life and one more in harmony with nature.

Liberation theology saw a surge of growth throughout Latin America beginning with the Second Vatican Council in the early 1960s. The rise of brutal dictatorships throughout the region caused a social awakening in the clergy, and influential theologians like Leonardo Boff of Brazil drew on Marxist thought to develop a critique of the deep inequality throughout the continent. However, the 1978 election of staunchly anti-communist Pope John Paul II brought a return to a more traditional focus, and the church throughout the Americas clamped down on social initiatives. As was happening throughout most of the region, the pastoral projects in the villages of Oaxaca were dismantled or abandoned.

Carrasco retired in 1993, a year before the Zapatista uprising in Chiapas, when Ruiz went on to make history as the negotiator between the indigenous rebels and the government. Ruiz, who was nominated for a Nobel Peace Prize several times, stayed on in Chiapas until 1999, and organized indigenous influence in the region remains strong to this day.

But the Archdiocese of Antequera, Oaxaca underwent a rapid transformation under Carrasco's successor, Archbishop Héctor González Martínez, who arrived with the mission of ending Carrasco's legacy, according to Humberto A. Torres in his history of the archdiocese for El Imparcial de Oaxaca.

His administration was followed by that of Archbishop José Luis Chávez Botello, who shared his predecessor's zeal for eradicating Carrasco's liberal influence. Chávez Botello's downfall in 2016, when he stepped down amid a sexual abuse scandal, created the opening for a new archbishop and a different orientation with regard to the social mission of the church.

As the archdiocesan justice and peace coordinator, Fr. Martín García Ortíz was one of those who keenly felt the shift in focus with the change in leadership in the 1990s.

"In the time of [Carrasco], the social pastoral program was very active, very open in Oaxaca. There were very interesting projects," he said. "Several of these projects, feeling the remoteness of the church, went to work in civil society in a more organized way, and they continue to be our allies."

García Ortiz said he struggled to keep the social mission of the church alive in those years, but it was at times an exercise in frustration.

"When we were here in the work of the social ministry, they practically did not take us into account," he said. "They didn't call us [to be involved in church activities] at all."

Now, with Pope Francis' appointment of Pedro Vázquez Villalobos last year and the early success of the diocesan Social Pastoral School that García Ortiz helped found, things seem to be turning around for Oaxaca.

[Tracy L. Barnett is an independent writer, editor and photographer specializing in environmental issues, indigenous rights and sustainable travel and the founder of The Esperanza Project, a magazine focusing on social change initiatives in the Americas.]