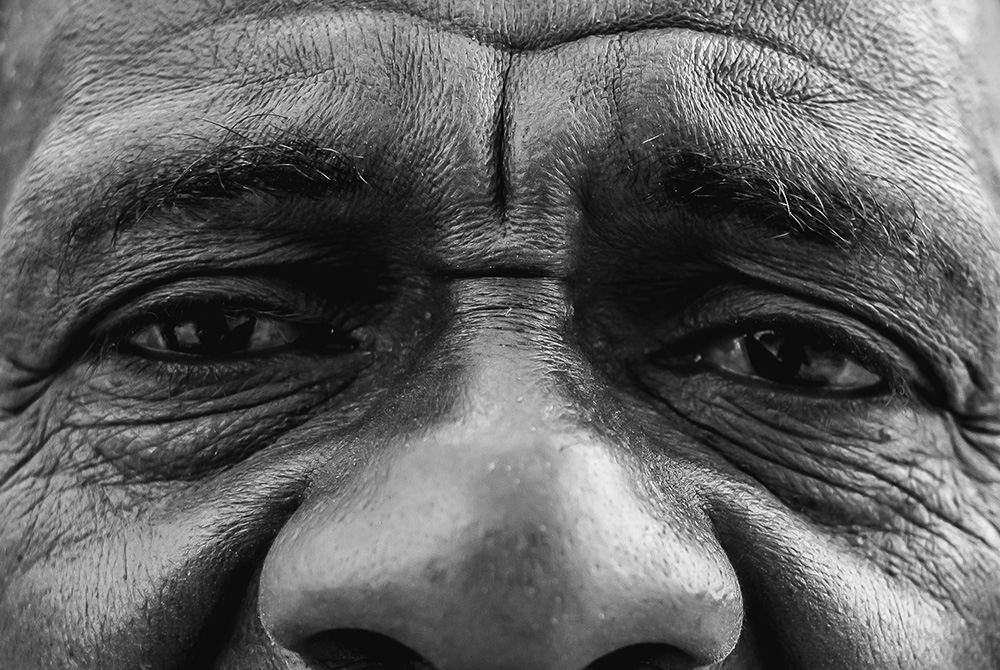 The blank look on his face … a look of hopelessness ... helplessness … perplexed … it wasn't a silent face at all. The look on his wrinkled, aged face spoke aloud, as he stood passively before the vehicle that was about to leave the slum. He had remained absolutely silent all through our interactions with the people and now his look was disturbing. It yearned for something!

We had organized food distribution for stranded migrants in one of the slums in Mumbai due to the lockdown. This slum area of migrants is not unlike other migrant living areas elsewhere in India. They live in subhuman, pathetic conditions, lacking decent housing facilities, potable water, sanitation facilities and other amenities, and are exposed to inclement weather and a hazardous atmosphere. They work for long hours, sometimes risking their health and lives, and yet are paid less than they are entitled to.

The sad eyes of this aged man seemed to express his resignation to his fate, and I wondered if it reflected the feelings of the rest of the migrant population, who also seem to have accepted their present plight helplessly. This resignation might also arise due to the insecurity, uncertainty and unpredictability of their lives.

As they lack financial and health security and have little or no social support from a caste- and class-ridden society, they are unsure of what they can or cannot control in their lives. This leads to a certain passivity, and they feel locked down deep within, unable to rise above. All that they can do is to sigh, become resigned to their "fate," accepting life events as bound to happen, and feel helpless to change them.

In my experience, their helplessness also leads to a feeling of alienation, of being severed from the mainstream, no longer deemed worthy of love, care or support. Unable to cope with the dynamics and politics of modern-day society, they experience themselves as deficient, limited and powerless.

Even though they aren't behind prison walls, the structures of society imprison them and they are forced to face physical and emotional captivity. Their helplessness leads them to feel exposed and vulnerable, like a bird grounded by a broken wing.

As I looked at the yearning eyes of the aged man, it seemed to me that he gazed not at the vehicle which was preparing to leave, but at the complacency of those who were more privileged than he. I think that this complacent attitude towards the plight of the migrants in India stems from ignorance about the real extent of the migrants' situation, or the migrants' internalized attitude of "resigning to their fate." Are we so mired in our complacency that we have become blind to their reality? Have we etched more deeply in them the feeling that they have to be resigned to their fate?

Has our craving for power stripped them naked of their own inner strength and dignity, thus making them powerless and limited?

For me, the recent low point of this societal complacency has been the passivity of a few privileged people in India as they watched the unending trail of desperate migrants, within the city and interstate, trying to reach home to be with their loved ones. The migrants took any means — cycles, motorbikes, or container trucks. Some of them even made treacherous journeys on foot, sometimes walking hundreds of kilometers.

Social media projected photographs of women carrying their children in their arms, and their personal belongings on their heads. In such foot journeys, a few of them even lost their lives before reaching home, due to exhaustion, all because they wanted to escape dying of hunger as they tried to save themselves from the coronavirus. These are India's nameless, faceless migrants who were unjustly denied time and transport to return home, due to the sudden and dramatic announcement of the lockdown — which was, ironically, to save lives.

But who cares for the lives of the poor?

The yearning eyes hit hard at my complacency and I realized that it is this complacency that continues to enslave them. The eyes that are "resigned to fate," internalizing helplessness, are knocking hard at hearts filled with complacency. These eyes look into the hard-heartedness of those who wallow in the little charity that they offer and think of it as "great generosity," but which does little to raise the self-worth and dignity of the neglected poor. The yearning eyes long for freedom and dignity, and they continue to pierce into complacent hearts, seeking a response from me and from you.