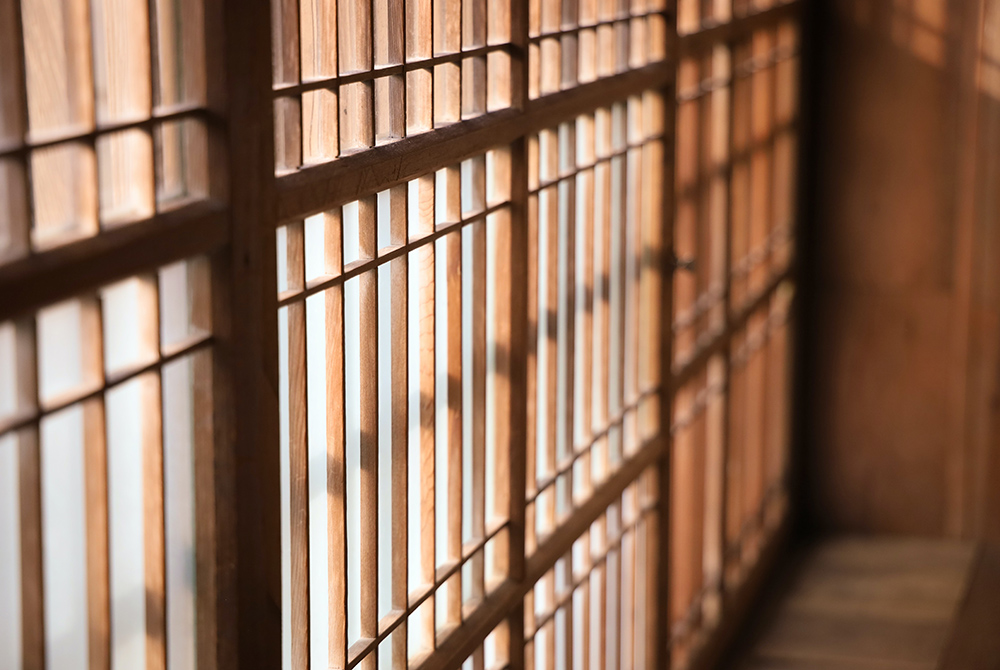 Editor's Note: A Q&A with Sr. Eileen Reilly of the School Sisters of Notre Dame focuses on her new ministry with the Washington-based Catholic Mobilizing Network, an advocacy group opposing the death penalty. In the Q&A, Reilly quotes from a reflection she wrote about her experience as a spiritual adviser to Michael Ross, a Connecticut death row inmate who was executed in 2005. This reflection, which she wrote in 2005, had not been published until now, and appears here with only some small edits and updating.

If you are like me, you occasionally joke about signs from God. An available parking space on a crowded city street, the coincidence of a friend calling just as you were about to pick up the phone and call her, or perfect weather for an important event — all of these I have referred to as signs from God.

However, I was never one who seriously prayed for a sign from God. But all that changed. Here's how it happened.

In 2004, I had corresponded with Michael Ross, who was a death row prisoner in Connecticut, where was I living. But then he surprised me by asking me to visit him. After 17 years on death row, Michael had decided to end all appeals and ask for an execution date. The state agreed and set Jan. 26, 2005, as the date for the first execution in our state in 40 years. With that date just two months away, Michael was asking me to visit — but only if I agreed to his terms — I could not question his decision to go ahead with the execution.

My first instinct was to say "no" to this invitation. I rationalized this by saying that there would be no point to a visit if we couldn't discuss what really matters. My friend, Pat, hearing me talk about my decision not to visit Michael, gently challenged me to reconsider. She reminded me that there was no way to predict what might happen if I visited Michael. At the end of the conversation she said, "Eileen, why don't you ask God for a sign?"

Related: Q & A with Sr. Eileen Reilly, advocating against the death penalty in the US

As I hung up the phone, promising to reconsider my decision, I realized how conflicted I was about my decision. Pat had raised some good points. So, in the two minutes I had before my next meeting, I decided to give it a try. I would ask God for a sign.

As the meeting began with a moment of silent prayer, I not only asked, I begged God for a sign. I told God how conflicted I was and that only a clear sign could resolve my dilemma. At that moment, the leader of prayer began to read a Gospel passage, which included the sentence, "John sent a messenger from prison asking, 'Are you the one who is to come or shall I look for another?' " (Matthew 11:3). Now that was a sign!

As soon as the meeting ended, I called the prison to make arrangements to visit Michael.

As our visit began, Michael brought up the topic he had forbidden me to raise and he pleaded with me to support his decision to forego all his appeals and move forward to the scheduled execution, by now only six weeks away.

I didn't agree. I couldn't agree. No matter what his motives, I would not support the idea that Connecticut should be killing its citizens.

Since Michael has been executed, we will never know Michael's motives. Was he, as he insisted, wanting to spare his victims' families the pain and suffering of any further court actions? Was he, as others insisted, suffering from "death row syndrome," the despair that results from 17 years on death row?

As I visited with Michael for over two hours on that first visit, I could not help but think of Sr. Helen Prejean's reminder to any of us who work with people on death row, that we are all more than the worst thing we have ever done. Just as I hope that my life is never summed up by the worst thing I have ever done, so too, in my conversation with Michael — a convicted serial rapist and murderer — I was reminded that he is also a caring individual, a person who prays daily for forgiveness and a person who responds to concern with gratitude. At the end of the visit I made a promise to return.

Two days later, two sisters in my religious community were killed in a car accident and Kay, the driver of that car, with whom I lived in community, was critically injured. As Kay lingered between life and death in a medically induced coma, we enlisted the members of our worldwide community to pray for her recovery.

So when Paula, one of the public defenders involved in Michael's case, called the following week to ask if I was planning to visit Michael again, I told her I didn't think I could. "I'm feeling too frail, too vulnerable," I told her. "Kay is hanging onto life by a thread, we don't know if she will live or die. And at the same time, Michael is throwing his life away. It makes no sense. I don't know what I could say to him." "Say exactly that," she pleaded. "This is what he needs to hear."

On that next visit I did tell Michael exactly what Paula had suggested. I told him that it makes no sense to just give his life away when life is so sacred, when Kay's accident was teaching us how much we treasure life. I told him that the hospital was doing everything possible to save a life, and that his life too needed to be saved, not tossed away.

I wish I could tell you that Michael agreed with me, that he changed his mind. He didn't. Instead, he assured me that he too would pray for Kay's recovery in the days he had left.

As it turned out, the execution was stayed three times in January; then the death warrant expired and the state had to set another execution date in May.

In the months from January to May, I visited Michael a few more times. Each time, his first question was, "How is Sister Kay?" Each time I was happy to be able to report that she was making great progress. That her recovery was astounding. And each time I left knowing that Michael seemed firmer and firmer in his resolve to go forward with the execution. As Kay moved further away from death, Michael moved closer and closer to death.

During my last visit with Michael, the week before his scheduled execution, he shared with me that a priest friend would be with him the night of the execution and would celebrate liturgy with him. Preparing for this, Michael had already read the prescribed readings for that day and was so pleased that the Gospel would be John 21:15-18, the passage in which Jesus says, "When you were young you put on your own belt and walked where you liked; but when you grow old you will stretch out your hands and somebody else will put a belt around you and take you where you would rather not go."

Obviously, Michael and I interpreted this passage differently. Convinced as he was of the rightness of his decision, Michael believed he was being led to the execution chamber. Convinced as I was of the sacredness of all human life, I believed it was a call to Michael to go where he would rather not go, back to life in prison.

As I drove away from the prison that day, convinced that I would never see Michael alive again, I asked God for another sign. Show me, I prayed, what those words, "take you where you would rather not go," mean for me. And suddenly I realized that God had been showing me, had been giving me signs, every step along the way. Pat's gentle challenge to reconsider my decision not to visit Michael had been a sign. Paula's insistence that I had more strength than I believed I had was a sign. Kay's recovery was a sign.

In the strength of the bonds of community, in the challenges of friends to expand my thinking, in the invitation to respond when it seemed impossible — and yes, maybe in the parking space on a crowded city street, I now believe God is giving me signs. Because of this experience with Michael, who was executed on Friday, the 13th of May in 2005, I am more attuned to recognizing those signs and a little slower to joke about them.

This column is being published on the 16th anniversary of Michael Ross' execution.