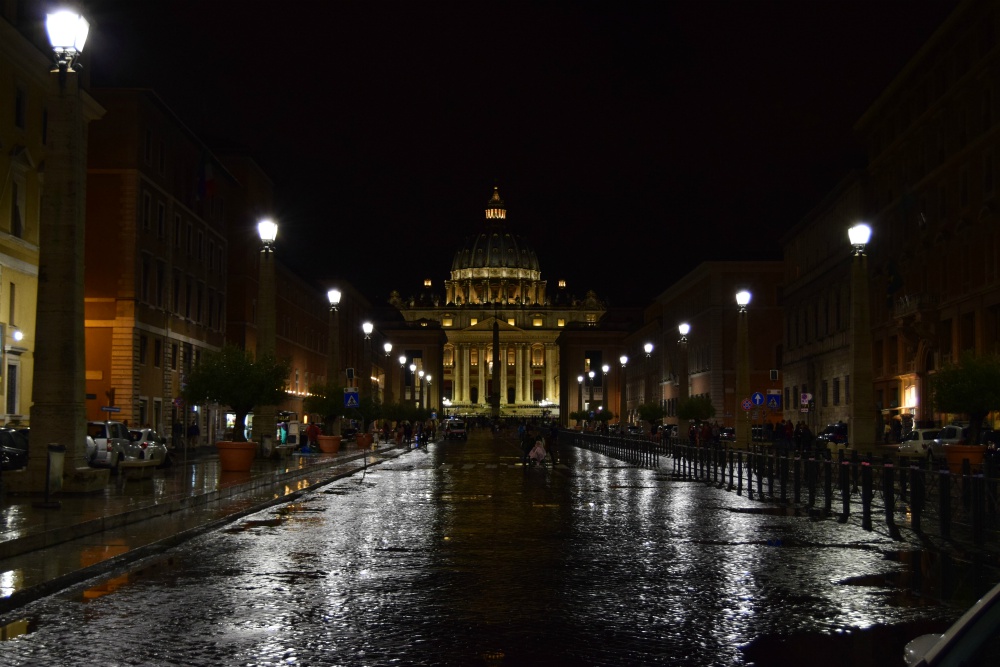 On Oct. 3, the feast of the transitus of St. Francis of Assisi, Pope Francis signed his new encyclical, Fratelli Tutti, on social order and universal brotherhood. As in his previous encyclical, "Laudato Si', on Care for Our Common Home," the pope calls attention to the world's problems, the radical disparity between rich and poor, the bloated consumer culture that is enhancing global warming, and the rampant individualism associated with excess wealth. The encyclical aims to promote a universal movement toward fraternity and social friendship grounded in compassionate love, following the parable of the good Samaritan (Luke 10:29-37).

Who could argue against the valiant efforts of a world leader trying to restore a sense of moral goodness and rightness in the world? Indeed, my purpose is not to belie the pope, whose heart seems to be in the right place; however, it is to call attention to the deeper problem underlying the world's problems, namely, the evaporation of religion.

On this note, the pope's encyclical is alarming. Jesus of Nazareth admonished his disciples not to take the splinter out of their brother's eye without first removing the plank from their own eye (Matthew 7:3-5). This admonition bears reflection in light of the pope's advice to the world.

Francis of Assisi was aware that to live a God-filled life he would have to undergo conversion of heart. All the great world religions promote some type of self-discipline in order to reflect divinity. Each religion, in its own way, realizes that we do not change the world, we change ourselves and the way we see the world. A changed life changes the world. This is the essence of Francis of Assisi.

The pope advocates grand ideas that stop short of mandating public policies: justice, community, compassion and, best of all, brotherhood and sisterhood. The irony of his message is that the Roman Catholic Church is the most homophobic institution in the world today. With a plea for human solidarity and fraternity, the pope seeks to establish equity in the world, describing a vision of universal brotherhood where "all people are my brothers and sisters, and ... the world truly belongs to everyone."

Without significant theological revisioning and without dismantling the patriarchy of the institutional church, the pope is speaking to a few close friends while the rest of the world lines up for the newest iPhone.

How do we make sense of this in a church that does not regard women as equal? A church that will not allow the ordination of women or even the ability of women to preach? A church that insists on mandating the rights of a woman's body? A church that excludes LGBTQ persons from full acceptance and does not allow divorced and remarried persons to participate in the liturgy?

How does the pope tell the world what it needs to do when he spearheads an institution grounded in patriarchy, hierarchy and ontological differences?

Some of the best critical scholarship on racism today points to the Catholic Church as the very source of the problem of racism, early Christians distinguishing themselves from the Jews as the pure and saved ones. How does the pope seek to establish a world of equity when theological doctrine is rooted in a metaphysics of substance, where maleness is ontologically superior to femaleness and whiteness is salvific?

According to a recent Forbes article, the Vatican is hardly a model of fraternity; rather it is ensnared in power struggles, including ideological differences, financial abuse and an unresolved clerical pedophilia crisis that has redefined justice as reprimand or loss of job without criminal prosecution.

The Vatican is steeped in secrecy and clericalism and there seems to be no real efforts to clean out the cobwebs stifling the institution. While Francis laments the problems of the world, he does not acknowledge that, in many areas, including health care and education, global life has been improving. The overall poverty rate has decreased in the last 10 years and, while there is a long way to go to equilibrate a global standard of living, the efforts to do so are not entirely absent.

The fact is, technology has sped up the rate of evolution in the last 30 years, and countries where technology has grown significantly have also seen a reduction in poverty, and improvements in education and health care. China is a case in point; so too is India.

The fact that computer technology has changed the global landscape so quickly begs consideration. Margaret Wertheim notes that cyperspace began to fill a void in the mid-20th century. We began to study matter, learn about quantum physics, and invented ways to extend human intelligence.

It is interesting to note that Vatican II and the birth of the cyborg are cotemporaneous events; yet Vatican II was never implemented sufficiently to effect real change in the church. Cyborgs on the other hand, spawned a new philosophy of transhumanism and a new culture of human transcendence. For all practical purposes, technology supplanted religion in the 20th century.

We are on a technological speed-dial but we do not know where we are going, if we are going together, or whether we should advance at all. The rate of technological evolution is outpacing the capacity for human reflection and critical choices, and the speed of progress is breathless. The pope wants universal brotherhood, but the human community wants new life.

Novelty and creativity mark human transcendence. Following the thesis of the late Canadian historian David Noble, creativity is the mark of divinization. To become like God is to transcend ourselves, to invent, create, go beyond what we are to become what we are not. This is as true in North America as it is in Cochabamba or the Sudan.

Unfortunately, the West has stamped its giant footprint over the face of the globe and it wants the world to follow its maxim: God is in the machine and no longer in the churches. The rest of the world follows because the God of institutional religion is too white, male, old and practically dead.

Technology drives the markets today and to slow down neoliberal economics is to reframe technology along religious and ethical lines. To do so requires much more than proposing a common good ethic or rearranging the ideas of Thomas Aquinas to meet the needs of the world.

We need a metaphysics that adequately engages a world of process and change. We need a theology that is at home in evolution, as Teilhard de Chardin asked: "Who will give evolution its own God?"

Without significant theological revisioning and without dismantling the patriarchy of the institutional church, the pope is speaking to a few close friends while the rest of the world lines up for the newest iPhone. The pandemic is a mirror of global dysfunction, as the pope recognizes, but it also shows a world bereft of a credible God and a vitalizing faith, one as innovative and creative as the latest technology.

I suspect Francis is speaking to the world because no one is listening to him at home, or perhaps because he is afraid to speak to his own brothers, afraid to dismantle the cult of a patriarchal priesthood and open the doors of the church to real community, one in which women are granted full rights and full freedom.

The world is begging for some type of direction, for a credible God, for a vitality of faith that does not stifle growth and progress. The world will change when human persons change, when the human is empowered by the spark of love within, when religion becomes not stifling but the source of novelty and creativity. We need a new religion of the Earth, Teilhard de Chardin wrote, a religion of evolution, a God who is at home with incompleteness, chaos and complexity. I am waiting for the pope to address this concern.

[Ilia Delio, a member of the Franciscan Sisters of Washington, D.C., is the Josephine C. Connelly Endowed Chair in Theology at Villanova University. She is the author of 22 books, including Making All Things New: Catholicity, Cosmology and Consciousness (Orbis Books 2015), and the general editor of the series Catholicity in an Evolving Universe.]

This story appears in the Fratelli Tutti feature series. View the full series. 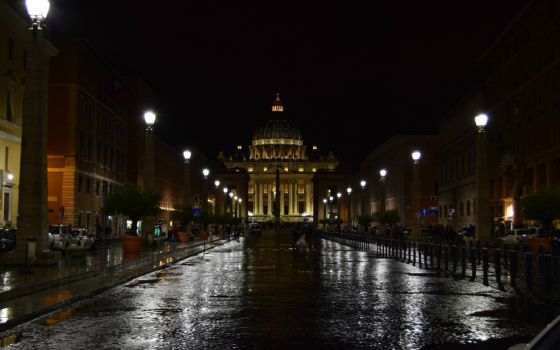