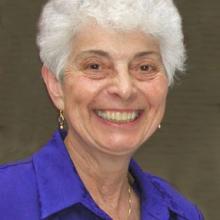 Camille D’Arienzo, RSM, is a writer, public speaker, community development liaison and member of the Mid-Atlantic Community of the Sisters of Mercy of the Americas. She has been interviewing members of the Catholic church about how their faith has affected them for her column in NCR since 2011. Her experience with New York media includes more than 40 years as a religion commentator for 1010 WINS radio. D’Arienzo is the author and narrator of the Stories of Forgiveness audiobook, which can be obtained from Now You Know Media. She is a past president of the Leadership Conference of Women Religious. In 1993 she founded and since continues to head The Cherish Life Circle, which opposes the capital punishment and offers an annual service for families of murder victims. She won first place in the Catholic Press Association 2013 awards for best essay in religious order magazines for "Called, and called again" in the VISION Catholic Religious Vocation Discernment Guide (Chicago, Ill.).

Helen Garvey: The sisters loved one another, so she joined 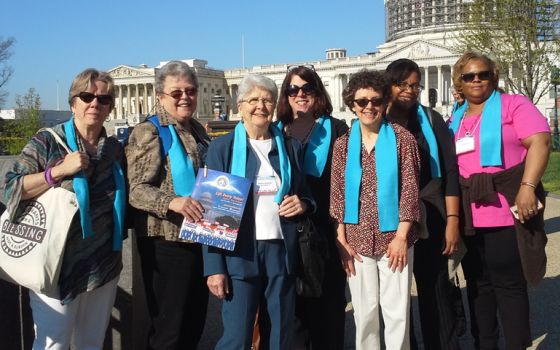 Marianne Comfort is blessed to work for the 'least of these' 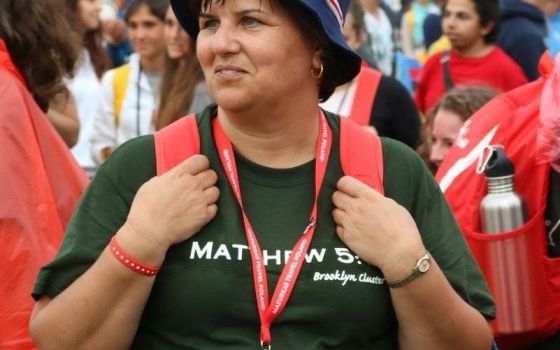 Sr. Mary Mundy is a fourth-generation Sister of Providence

Sr. Alicia Zapata is continually reminded by the farmworkers she serves that the goal is what matters

St. Joseph sister reflects on a life of teaching, family

Sister of Charity's ministry has always involved serving the vulnerable

Mercy sister: We can make things better with the spirit of Catholic social teaching

After graduation, student hopes to take social justice work to the next level

Priesthood, ministry are about more than a role or status, Redemptorist says

Mercy sister embraces leadership roles in many of order's ministries