The line for passport control at the Charles de Gaulle Airport took an hour and a half to navigate, the first sign of tightened security in Paris as thousands of delegates and civilians gathered for the COP21 climate summit, which starts today and runs through Dec. 11.

In the twisting line, three of four Dominican sisters representing the U.S. Dominican Sisters Conference found one another, along with two sisters from UNANIMA, a United Nations non-governmental organization formed by a coalition of congregations of women religious, and Amy Goodman of Democracy Now, who arrived with her team to cover the talks.

The presence of women religious among thousands of others streaming in from around the globe, undeterred by the horrific terrorist attacks of Nov. 13, is testimony to what's at stake in these talks. As Pope Francis recently said, it would be "catastrophic" if the climate summit failed to achieve a real agreement.

However, the French government has decided to cancel two marches scheduled for the beginning and end of the official negotiations.

These and the other "civil society" events "are not an addendum to, or distractions from, the main event," Naomi Klein wrote last week in a column in The Guardian that challenged the decision. "They are integral to the process." They are the primary way in which people representing communities whose lives are at stake in the negotiations are able to make their voices heard.

And it is clear that those voices must be heard.

The proposed cuts on greenhouse gas emissions submitted by the world's nations, when added up, still leave us on a path to catastrophic global warming. That's one reason our Dominican delegation participated in the "human chain" event that climate activists organized Nov. 29 in lieu of a march. Standing shoulder to shoulder with Parisians and people from other parts of the world, we lined the entire route of the intended march, from Place de la Nation to Place de la République, and joined the peaceful demonstration, chanting, "Hear us, hear us," calling for climate justice.

"People kept asking if we came to Paris just for this, thanking us," Dominican Sr. Margaret Mayce of Amityville, New York, said. 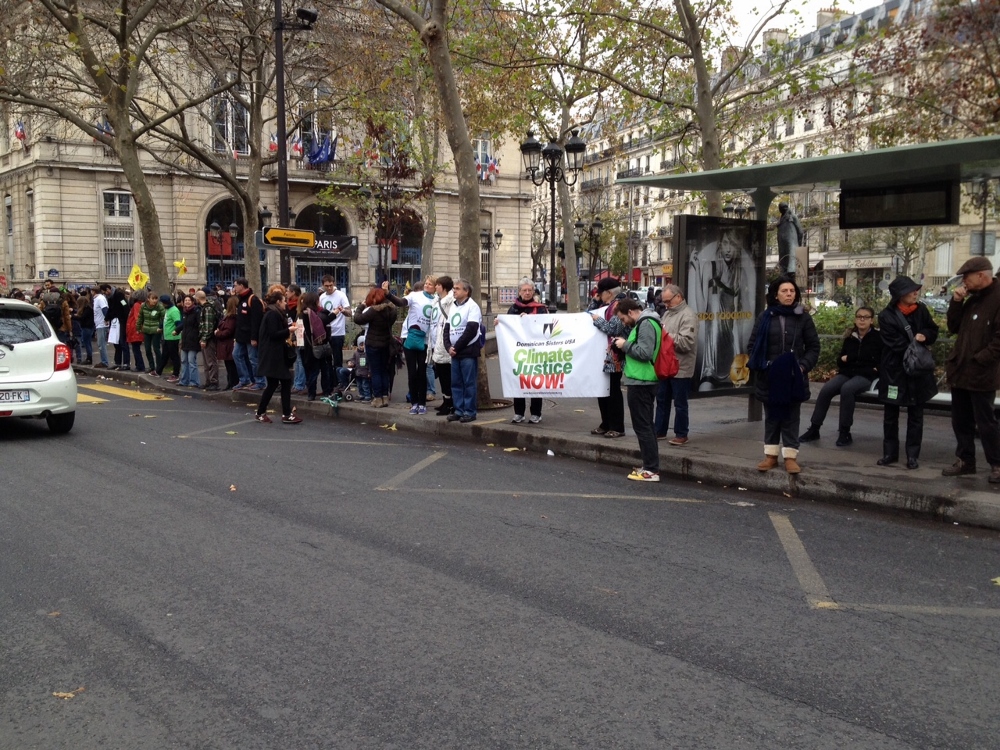 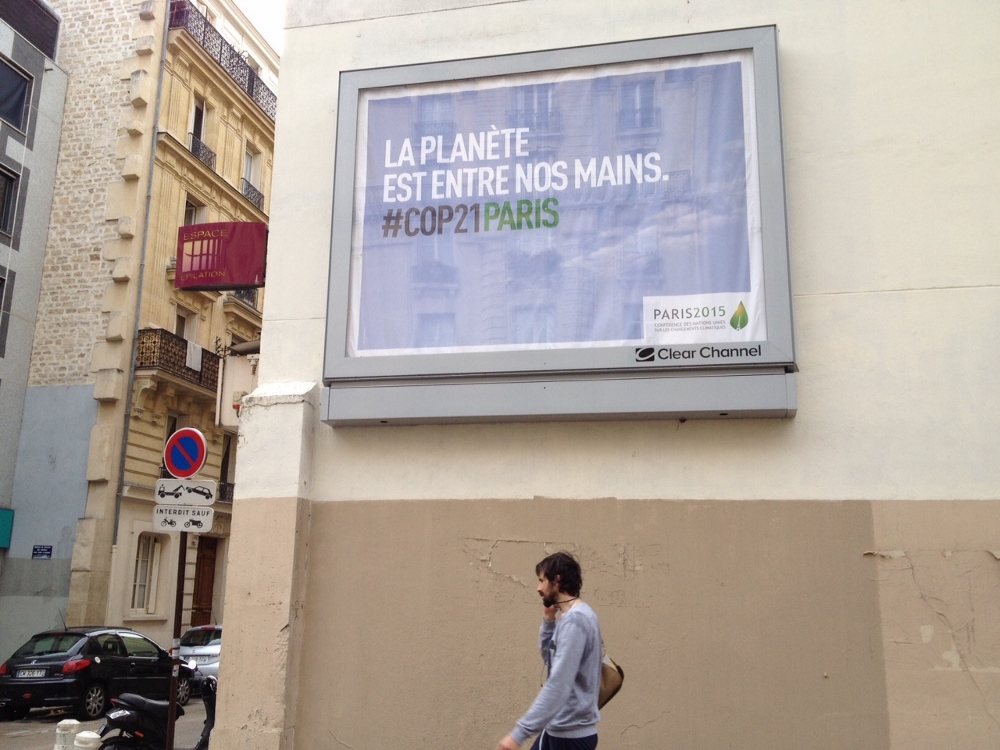