The 125-page study, Fighting for Our Shared Future: Protecting Both Human Rights and Nature's Rights, was done by the San Francisco-based Earth Law Center in partnership with the Yale School of Forestry and Natural Resources and the Yale Environmental Protection Clinic.

"Most of the cases are in the global south because that's where the race for extraction is occurring," Linda Sheehan, executive director of the Earth Law Center and one of the authors of the study, said at the presentation. "The race for profit is coming at the expense of people and Earth, especially indigenous people."

People who try to defend their environments are also paying a heavy price. "We are seeing killings of defenders of Earth in these cases," Sheehan said.

The study shows that more than 60 percent of the violations involved extractive industries and energy production. According to the study, in more than half the cases, the state was implicated as a perpetrator of rights co-violations, either alone or with the industry.

"This finding is consistent with United Nations studies," Sheehan said.

Extractive industries also account for nearly 60 percent of the deaths of those who resist the industry in defense of Earth. For example, José Isidro Tendetza Antún, a leader of the Shuar indigenous group, was found dead in December 2014, a few days before he was set to testify before the International Rights of Nautre Tribunal on the Mirador mine in Ecuador.

"Another Shuar leader reported that Tendetza had been tortured — his bones broken and his body beaten," Fighting for Our Shared Future states. "Before his death, Tendetza had opposed a planned tailings pond only half a mile from the Quimi River, where EcuaCorriente SA plans to store millions of tonnes of toxic waste."

Liz Hosken, executive director of the London-based Gaia Foundation, which focuses on cultivating cultural diversity and biodiversity and protecting sacred sites, said at the presentation that sacred sites of indigenous people have a spiritual and geological energy that can be compared to acupuncture points in human beings in terms of balancing the health of the planet.

"These sacred sites often contain important minerals and metals, so they are very vulnerable," Hosken said. "And to defend these places is increasingly dangerous for the defenders."

"Of the 26 million people who have been displaced by climate change since 2010, 20 million are women," she said.

Natalia Greene, an Ecuador-based consultant for the Global Alliance on the Rights of Nature, spoke of the way extractive industries in Ecuador are threatening some of the most ecologically sensitive areas on Earth and the indigenous people, including two "uncontacted" tribes who have lived there for millennia.

"Unfortunately, the government hasn't completely changed to honor the rights of nature in our constitution," Greene said at the presentation. In 2008, Ecuador became the world's first nation to adopt a constitution recognizing the rights of nature, "but there is a growing tension now about enforcing those rights," she said. "We feel that like when slavery was abolished in the United States, we are now able to start changing the culture to a new cosmovision.

"The world needs to get the cosmovision of indigenous people — recognizing that all is one. But this, unfortunately, is not the message that the negotiators at the COP21 talks are hearing." 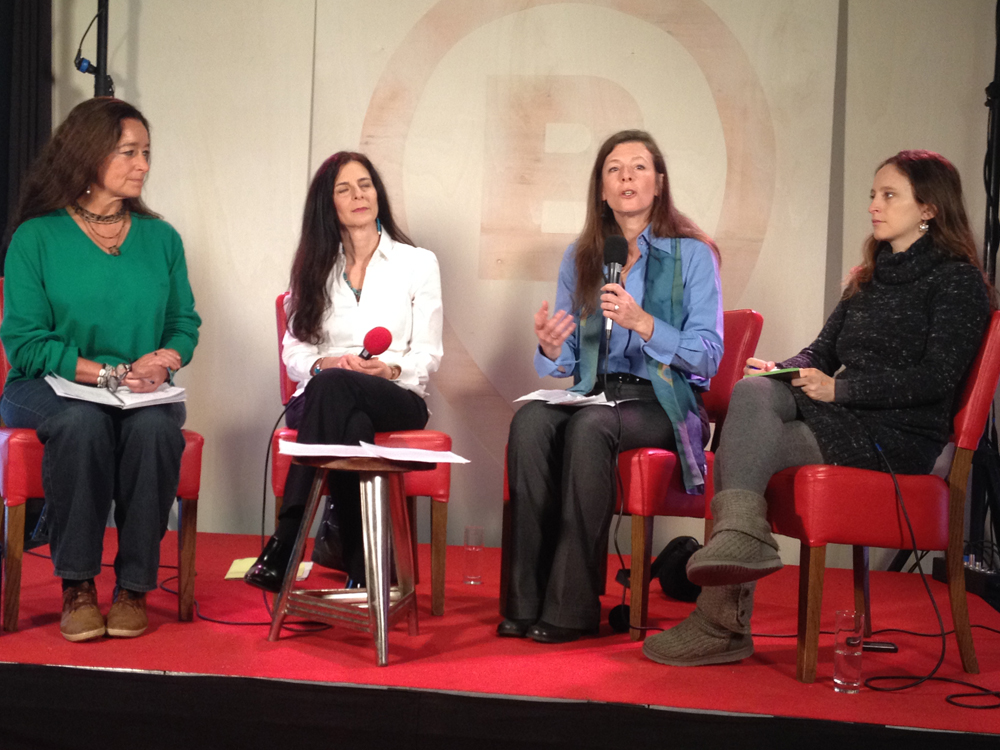