On Good Friday, I carried a cross — in solidarity and sorrow, but also with a deep sense of thankfulness.

I was part of a group praying the Economic and Ecological Way of the Cross. At each of the 15 stops — including the Department of Justice, the U.S. Agency for International Development, the White House, the World Bank and the International Monetary Fund — we prayed for those affected by injustice, poverty, unfair economic policies, pollution and environmental degradation.

About 35 of us, including several women religious, made our way across downtown Washington to the "stations," following a large cross and smaller crosses bearing social sins such as climate change, gun violence, political corruption, and predatory lending, the one I carried. Office workers and tourists looked on curiously. Some nodded in acknowledgement; some made the sign of the cross; some joined us for a few of the stations.

This is a 20-plus-year tradition sponsored by the Maryknoll Office for Global Concerns and this year by the Sisters of Mercy, Franciscan Action Network, Sisters of the Good Shepherd National Advocacy Center, and the Columban Center for Advocacy and Outreach.

Along the way, I prayed for the many sisters we have written about at Global Sisters Report who have devoted their lives to missions and ministries that address the issues we focused on in our contemporary adaptation of an ancient prayer tradition.

As Global Sisters Report marks its third anniversary April 22, our coverage of sisters — and the insightful columns sisters write for us — reflects their efforts to bring about the world we prayed for at each of the stations. I was thankful for the work of the sisters and that I could participate in this prayerful demonstration.

At the Department of Justice, we prayed for resolution of structural racism, police violence and unjust policies that incarcerate blacks at rates far higher than whites in the United States for the same crimes. I prayed for the sisters we've written about who work to address these policies and others who visit prisoners around the world.

In front of the Department of the Treasury, on the seventh station, in which Jesus falls a second time, we prayed for the Earth and its people who are ravaged in the name of economic development: "Wasteful consumption and financial innovation have taken the place of an economy that serves the well-being of all people and creation." I thought of the sisters who work at the United Nations and those who try through corporate shareholder meetings to effect change.

On the eighth station, in which Jesus meets the women of Jerusalem, we prayed in front of the White House for the plight of refugees and migrants, for an end to hateful rhetoric and fear in our national discourse about immigration. We prayed for humane alternatives to detention programs and deportation policies that tear apart families. We've written about many sisters who minister to refugees and migrants, and many have written columns for Global Sisters Report about border witness experiences and the need for more just immigration policies.

In front of the White House Council on Environmental Quality, at the 10th station, in which Jesus is stripped of his garments, we focused on extractive industries that "strip communities of their livelihoods, their health, their cultures and, too often, their very lives as protests provoke violent reactions." As I led the prayer at this station, it was particularly meaningful in light of the mining series we've undertaken.

I thought of the sisters who have devoted their lives to help indigenous people against mining projects in Guatemala, Honduras, India and elsewhere that defile the Earth for profits for the few while polluting water and creating wastelands for many. I prayed for Sr. Kathleen Melia, a Columban sister in the Philippines who is recovering after she was attacked and beaten, possibly for her work helping local people protest a mining project. And I prayed for Sr. Valsa John Malamel, who was killed in India in 2011 as she advocated against coal mining.

At the 12th station, when Jesus dies on the cross, we prayed in front of the World Bank and the International Finance Corporation about "the destruction of God's creation and threats to vulnerable communities." We remembered in particular Tómas García, assassinated in 2013, and Berta Cáceres, assassinated in 2016, for opposing a hydroelectric dam project in Honduras.

At each of the stations, we prayed a refrain that sums up the work of so many sisters: "We pray for the coming of the new creation. We believe that another world is possible."

And it was on that note of hope that we prayed the 15th station: the resurrection of Jesus. We prayed that our own eyes be opened to the ways in which our individual greed and habits of consumption contribute to the ills we prayed about. And we prayed that our eyes be open "to signs of hope in our world. Help us to believe that a better world is possible and to act on that belief — personally, communally and institutionally."

We shared aloud those signs of hope, and I offered up the missions and ministries of women religious around the world. By demonstrating that they care in a world that is so cold and uncaring, they bring about that coming of the new creation and the other world that is possible.

To all the sisters who have helped us as journalists tell their stories and have shared their own insights, experiences, spiritual and theological reflections through columns, we thank you on this, our third anniversary. 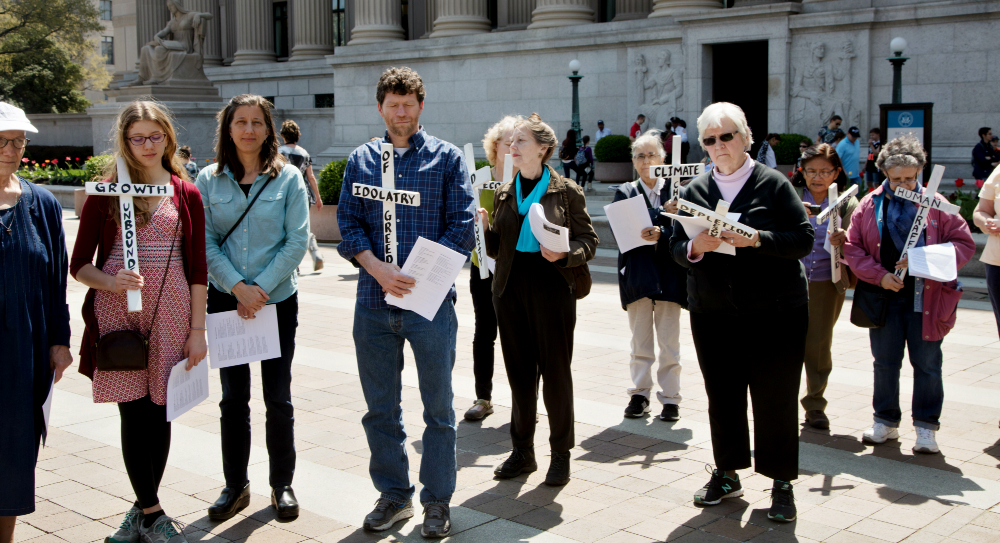 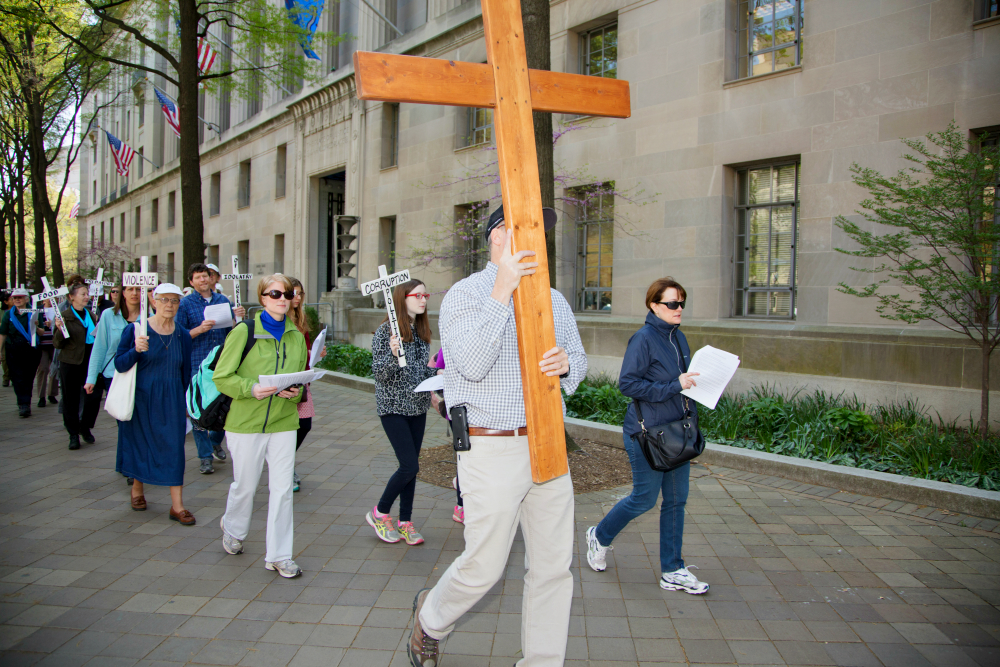 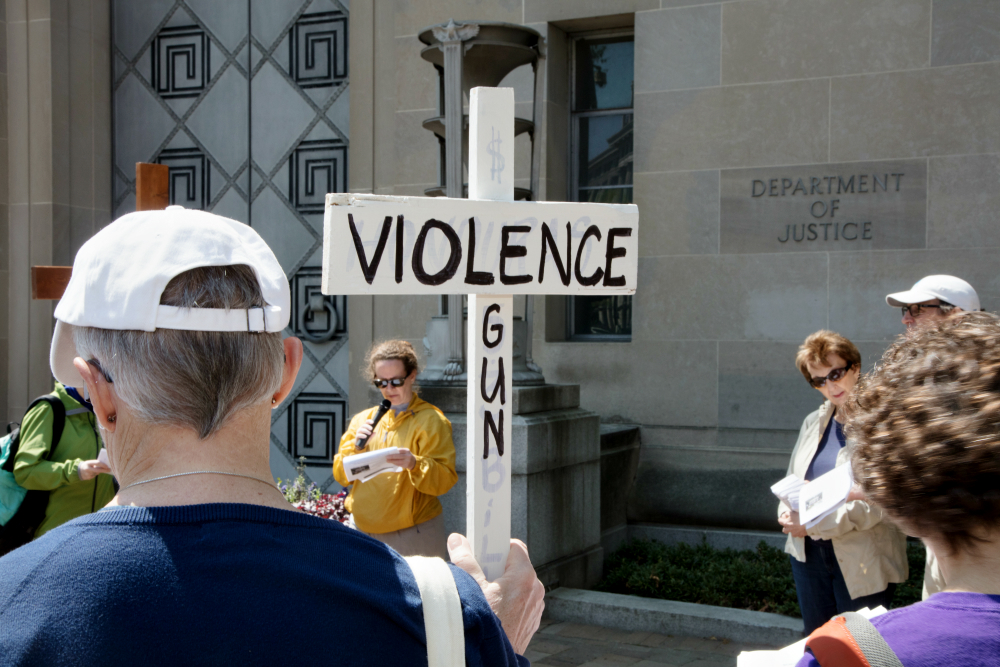 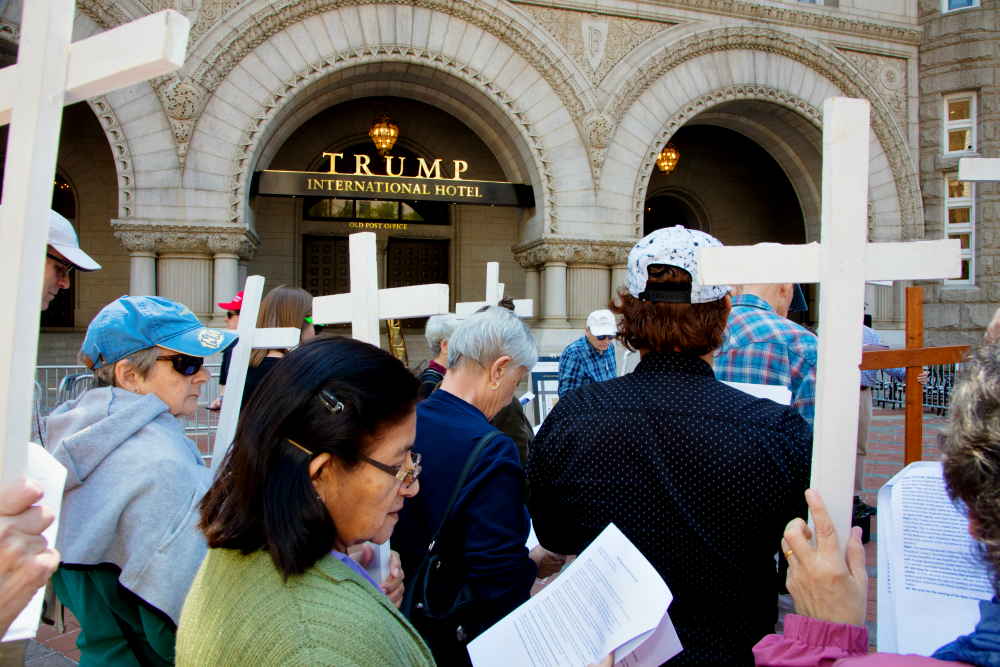 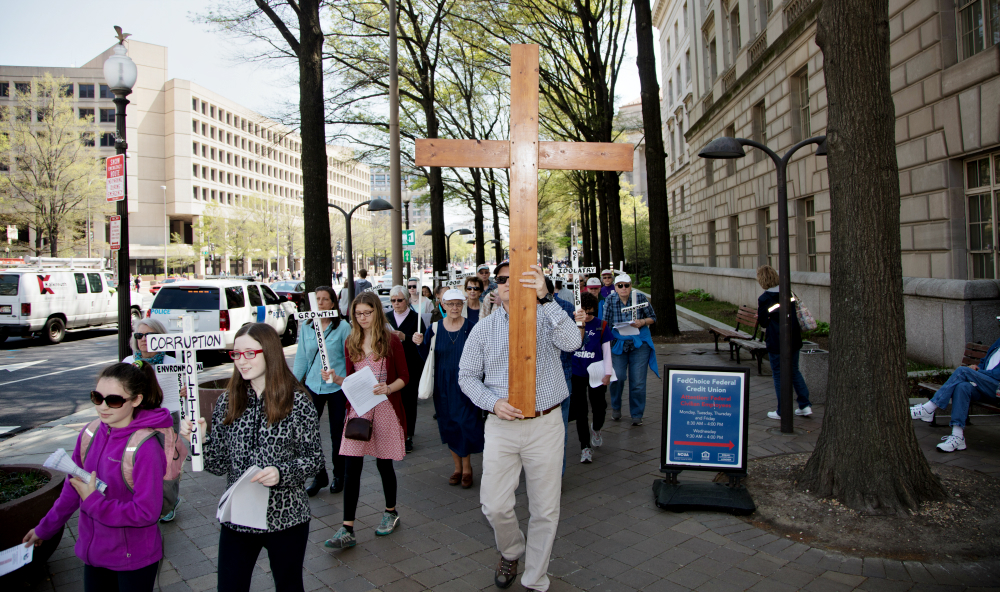