by Gail DeGeorge
Environment
This article appears in the Mining feature series. View the full series. 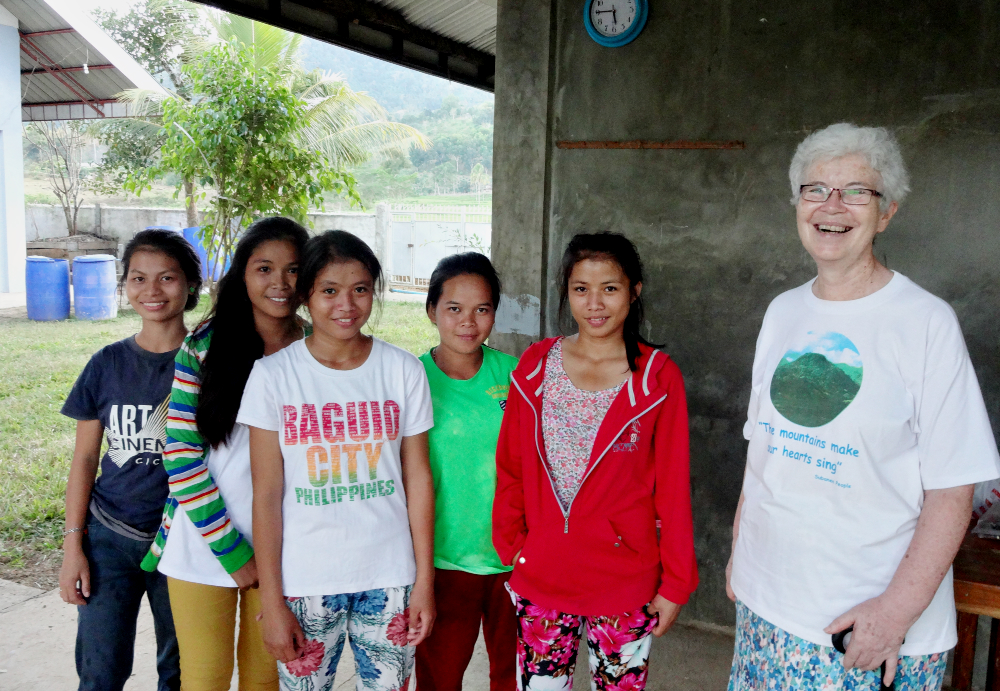 Sr. Kathleen Melia is recovering in a Manila hospital after she was attacked outside her convent in a remote island in the southern Philippines on March 1. She underwent surgery to repair a broken leg, suffered in the attack in Midsalip on the island of Mindanao. She is already starting physical therapy.

The Irish sister, who has served for 34 years in the remote area of the Philippines, was closing the windows of the convent in San Jose Parish Church when a masked man gagged her and repeatedly punched her in the face and chest, according to a report in The Irish Times.

Neighbors came to her aid, and the man fled. She was taken by van to a hospital two hours away, then, because of her rare blood type, she had to be transferred to a Manila hospital by boat.

No one has been arrested, but sources close to the missionary community told The Irish Times they suspected the attack was related to the Columban sister's work with the Subaanen tribal people in their ongoing battle against large-scale mining in the region. She has translated documents and prepared legal papers for the tribes while developing agriculture, feeding and education programs for the local community.

My first reaction when I read the email about the attack was to pray for her and to ask family and friends to do so, too. But then, my mind flashed to where I was on March 1 — Yangon, Myanmar, at the Asia Oceania Meeting of Religious XVII, where the themes of eco-justice and eco-citizenship rang forcefully throughout the meeting. Drawing on Pope Francis' encyclical "Laudato Si', on Care for Our Common Home," the conference reminded participants repeatedly that the "cry of the Earth is the cry of the poor," in the words of theologian Leonardo Boff and others.

Poor communities and countries bear the brunt of environmental injustice and global warming, Yangon Cardinal Charles Bo said at the conference, calling for a "green theology of liberation" in his opening remarks Feb. 27.

Yet it was the words of his closing homily on March 5 that echoed when I thought of Melia. Bo acknowledged the fear and anxiety that may arise in confronting powerful economic and government forces that conspire to wreak havoc on the environment and poor communities.

Calling for religious women and men to have courage to strengthen their "prophetic stance as missionaries of mercy for promoting ecological justice," Bo told conference attendees, "You are like David. You face the Goliath of governments, cronies, business interests who would like to mutilate our Earth, our mother, our sister. But be armed with conviction." 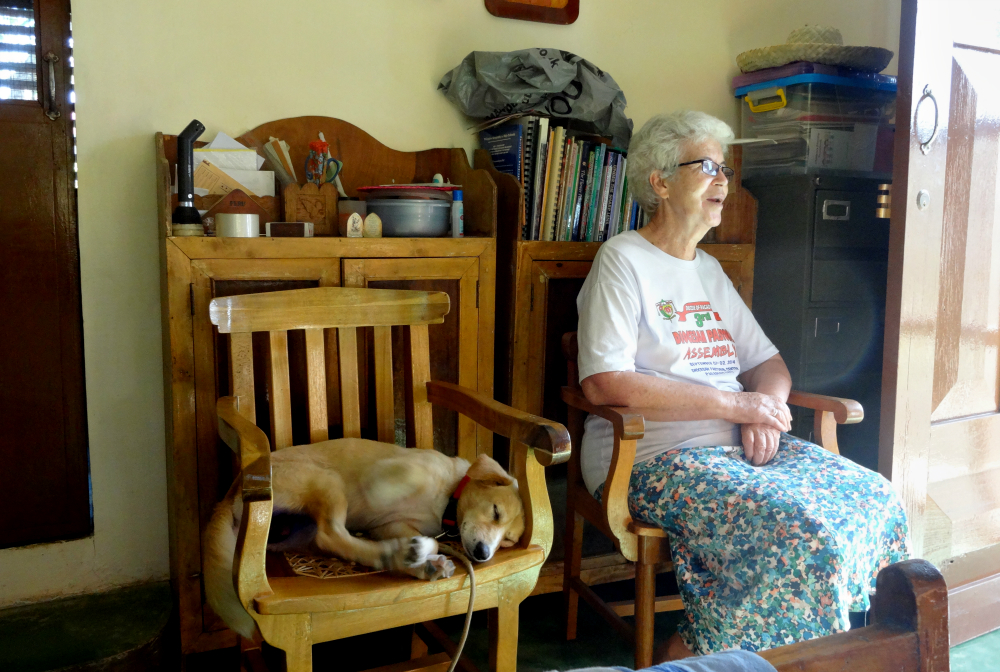 Conviction has guided Sr. Kathleen Melia in her work with the Subaanens and their quest to protect their ancestral lands from the Goliath of corporate mining interests. (Provided photo)

Conviction certainly has guided Melia in her work with the Subaanens and their quest to protect their ancestral lands from the Goliath of corporate mining interests. In 1998, she wrote eloquently of their efforts to fight in a turf totally unfamiliar to a people largely illiterate and scattered across the region. They circulated petitions and, backed by local bishops and Columban missionaries who shared their concerns, mustered the courage to meet with mining representatives who flew in from England and Australia.

"For some of the rich mining company representatives, the consultation was a 'show' to be got on with," she wrote. "For the Subaanens this journey was a sacred undertaking in the interest of the land that is theirs by right from God and from their ancestors. The message of the Subaanens was clear. 'We do not want you to mine on our lands' but the representatives from the company showed little concern. In end-of-year statements there will probably never be any mention of real losers — the extinction of a people, or trees and birds and animals, the loss of a unique language and culture, the poisoning of land and air and water. Short term financial profits would seem to be more important than the right of a gentle and beautiful people to continue living in peace and harmony on their ancestral lands."

The battle over the land continued, with reports about the damage and cases of attacks against protesters.

When I read about the Subaanens and their struggle against international corporations that reap the benefits of mining and pay a small fraction of the true cost, I thought of how this same scenario plays out across the globe.

I recalled our story of Sr. Maudilia Lopez and her fight against a mining operation that ripped apart her community in Guatemala and I thought of her wise assessment that beyond the damage to the environment, there was an even more insidious fraying of the social fabric.

"The legacy of that will remain after the mine is closed. The impact of all this is money and how money has affected many families and the community as a whole is the issue," Lopez, a sister with the order of Hermanas Guadalupanas de La Salle, told our reporter. "Our values had been ones of empathy, solidarity, sharing and love of nature. But today, the mine has become a value in this community. Money is now a value. We have never had money before, and it is tearing us apart."

I thought about Sr. Maria de Rosario Soriano of the Messengers of the Immaculate, who with other sisters from her community endured threats for supporting anti-mining activists in Nueva Esperanza, Honduras.

I thought about — and prayed for intercession by — the environmental martyrs we've written about: Sr. Dorothy Stang in Brazil, Sr. Valsa John Malamel in India and Berta Cáceres, the Honduran activist killed a year ago. We don't need more martyrs, I thought as I prayed for Melia's recovery. We need more living witnesses inspired by her example and that of others.

Bo noted in his closing homily that Pope Francis addressed Laudato Si' not only to Catholics, but "to all people of good will."

"Saving the Mother Earth needs the collaboration of all her children, from all religions and no religions," Bo said.