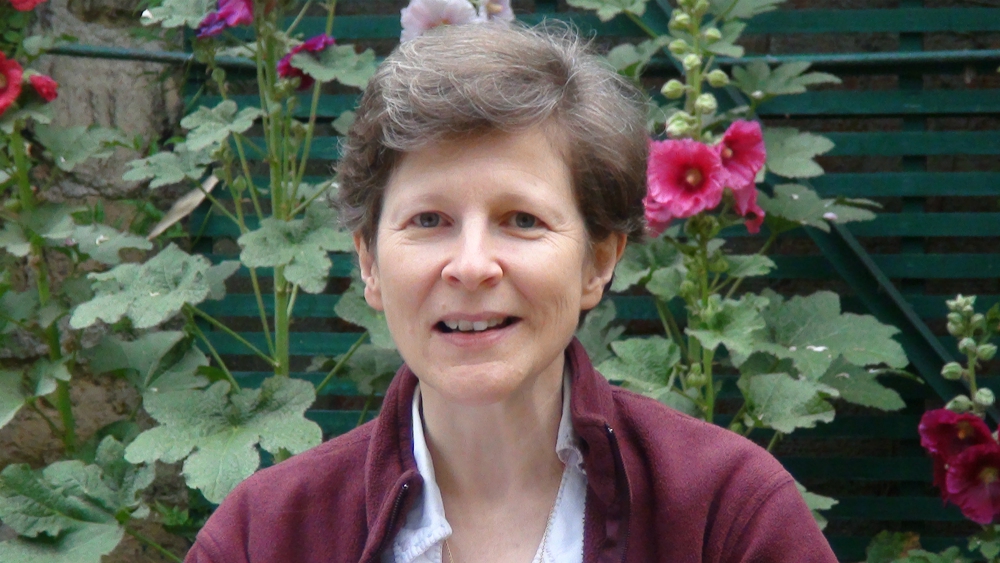 Sr. Cécile Renouard, a graduate of ESSEC, one of the best business schools in France, is both a professor and an actor for change in the economic field.

Before joining the Religious of the Assumption, she traveled extensively all around the world. She holds a doctorate in political philosophy and now teaches at ESSEC and at Centre Sèvres, a Jesuit university in Paris. She also continues her research on ethics and economics, promoting a concept of ecologically and socially responsible and sustainable development in corporations around the world.

GSR: How did you get multinational companies to agree to let you study the consequences of their work in the field?

Renouard: When I was doing my Ph.D. in philosophy, I asked some major companies — Total, Lafarge, Unilever, Michelin — if I could study their contributions to the development of the countries in which they were working. They found the project interesting, and so I went to Kenya and Nigeria in the early 2000s to see what was happening in the field.

I was very free to do my research, since I was not paid by these companies: I had gotten a grant for research from a French public bank, Caisse des Dépôts, to finance my travels. I spent a lot of time studying development strategies over there, including the consequences for the local communities and for the environment of their activity of drilling for oil. Oil companies such as the French major Total know that looking for oil always destroys the ecological system.

Ever since then, for the past 10 years, I have gone to Nigeria every year to continue my work. I also got in touch with local NGOs [nongovernmental organizations] who could fill me in on the human rights situation, for example. I also made lots of contacts with workers, members of local communities there. On my return, I would write a report and interact both with executives, NGOs and students, sometimes also with public authorities. 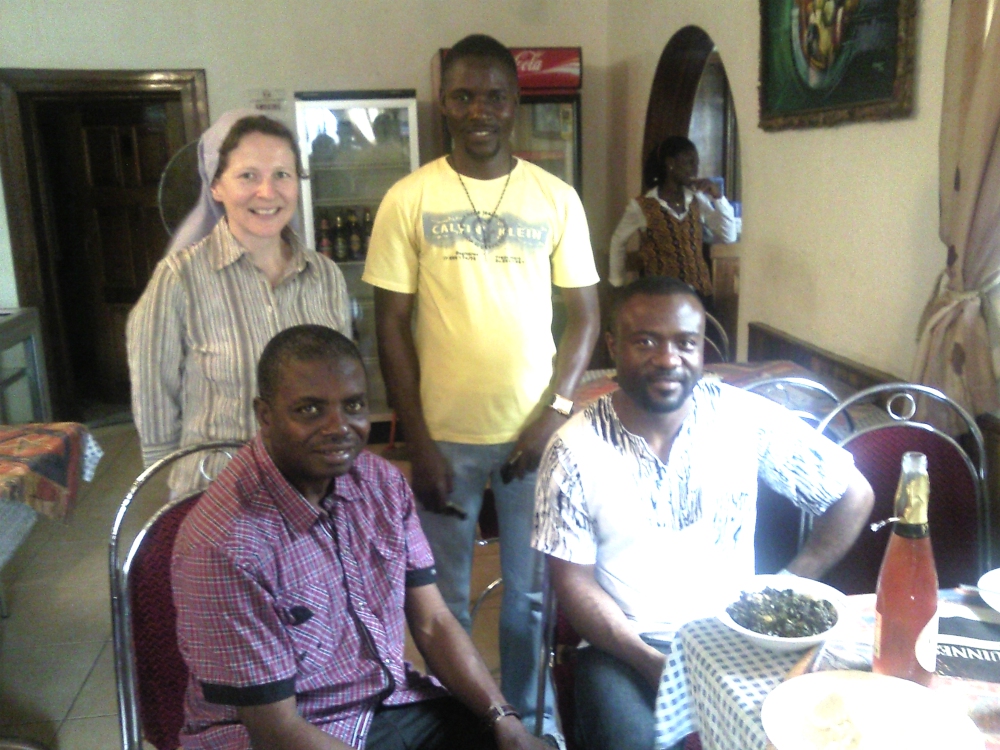 Sr. Cécile Renouard with her team of researchers in Nigeria. (Provided photo)

Would you say that major companies are aware of their responsibilities when it comes to limiting the damage to the environment?

Major companies such as Total or Lafarge know it is important for their image to be seen as respectful of the environment. Now, take an oil major like the French Total: This company knows, as other oil companies do, that drilling for oil damages the environment and can destroy the ecological system and dramatically impact the climate. Still, they know the world needs oil.

The first challenge is to limit the damage and to make sure the local population benefits from the oil revenues, which is not always the case. The second one consists in promoting fossil-free economic models.

What is interesting is that some executives working for multinational companies would like to see some changes in the way these major actors play. It can be better working conditions for employees and, more importantly, for subcontractors' employees in the field. Companies could also try different strategies that would give a say to locals in the region. Concretely, this is very difficult to implement. 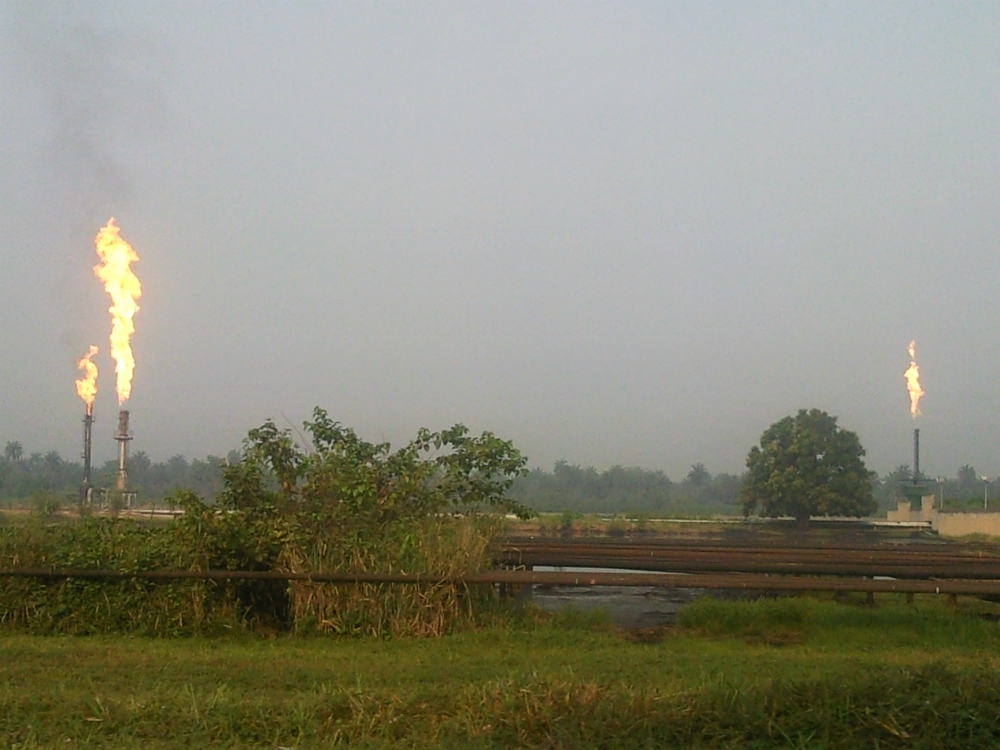 Landscape near an oil refinery in Nigeria. (Provided photo)

You say companies have a responsibility in the society as a whole and must respect the dignity of every human being. Aren't they there first and foremost to create wealth and sell goods and services customers need?

Of course, their job is to create wealth, sell goods and services. But not at any cost! This is where they have a responsibility. Making a profit doesn't justify destroying our planet. As Pope Francis says [in Laudato Si'], "It is not enough to balance, in the medium term, the protection of nature with financial gain, or the preservation of the environment with progress. Halfway measures simply delay the inevitable disaster. Put simply, it is a matter of redefining our notion of progress."

When you see how the oil revenues benefit only the ruling classes and do not bring any real improvement to the life of local people, you have to question it. These profits should be used to build roads, schools, all the infrastructure needed for the development of a country. Some efforts are made, far from enough. Some of the oil companies are so big and powerful that they have an arrangement with the governments: They are allowed to deduct from the tax they pay the amount of money they invest in the region.

But who controls the use of this revenue? Who really benefits from it? For one, the local population is not represented well enough to have a say and decide on their own priorities. This actually creates a dangerous situation because local populations get more organized and want to play a part of the development of their country.

If not enough is done quickly, the local population might be tempted to use violent action to press for its demands. Companies certainly have to create wealth, but in a different way, taking into account damages to the environment and to the social fabric of the region they work in. Climate change should also be a major concern. 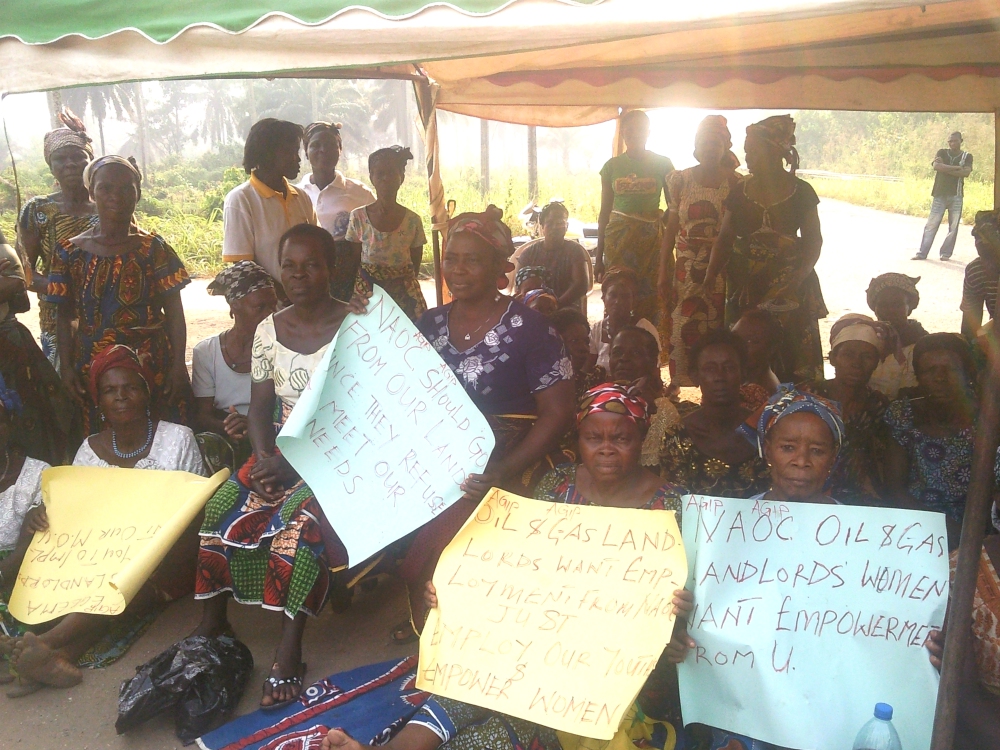 What makes you hope that you could change the way things are run all over the world? Profit is a powerful incentive, especially in America, where success in business is often seen as a sign of God's approval.

Companies are obsessed with short-term profits. Our work as academics and researchers forces us to look at long-term consequences of human activity, and our duty as philosophers is to reflect on the consequences of economic growth. We see ourselves as some sort of whistleblowers. We think the economic world is going in the wrong direction and should change its ways, even though we realize it is not easy and it will take long.

I am in touch with young managers who very sincerely wish to create a different world. Of course, this is easier for a small company than for a major one. But the interest my students show for different economic models, which put human beings in the center of their activities, encourages me, and I certainly see the Holy Spirit working here!

The question of success for a business is a complicated one. There are a lot of indicators that should be used to measure an activity and its impact. I am part of a team of academics who have built an indicator that is focused on the quality of the social fabric that we have named the Relational Capability Index: It helps looking at the contribution of business and economic activity on social cohesion. This is what we have to work on, and many people just do that. I teach in a business school where a lot of students are not ready to work just for money. They are very aware of the challenges we are facing, mainly when it comes to the environment. This is very encouraging.

Environment | Q & A with Sr. Cécile Renouard, encouraging companies to be ecologically and socially responsible

To achieve sustainable prosperity, we need to bring the moderates