Climate change could mean extinction for many animals 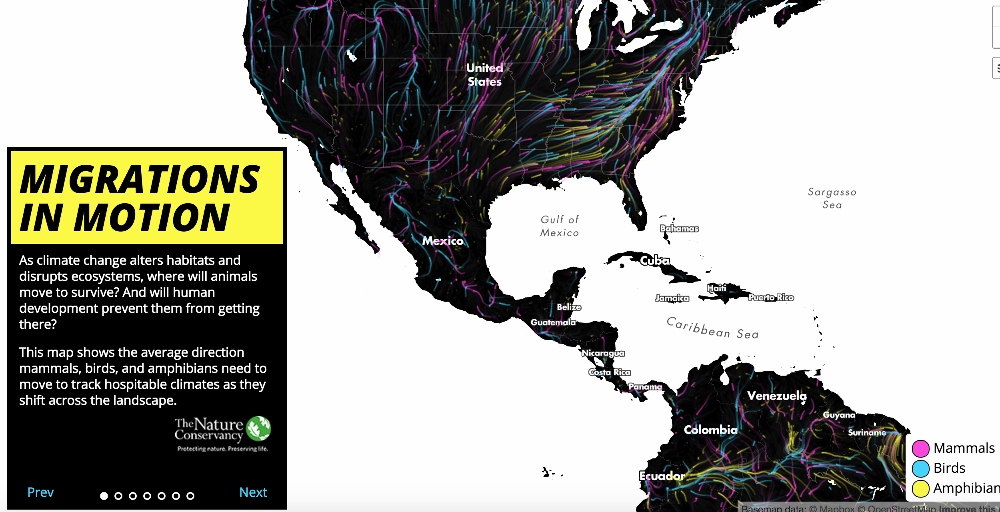 Screenshot of interactive map created by the Nature Conservancy and the University of Washington.

As humankind works to understand and plan for the coming effects of climate change on our communities, it is vital that we give ample consideration to our friends in the animal kingdom as well. While human activities such as logging, fencing, and constructing dams already have a great impact on animals' habitats and migratory movements, climate change is a force that will severely impact the lives of nearly all of Earth's animals — in many instances forcing them into new areas in a mass migration.

As we move forward into the coming years, it's vital that human development takes into account the migratory pathways of animals that will be affected by climate change. Currently the migratory journeys of Wildebeest in Africa are affected by fences, and, in many areas of the planet, dam construction has failed to take into account the fish and mammals that migrate up river or the birds that rely on wetland sites for feeding and breeding.

The reality isn't all grim, though. As this interactive map created by the Nature Conservancy and the University of Washington shows, many species in the Western Hemisphere will be able to migrate and will therefore not go extinct as a result of climate change. There are already some pathways animals can use, including the Appalachian Mountains in the United States. And if humankind continues to stay conscious and include animals in our planning for the future, there is hope. 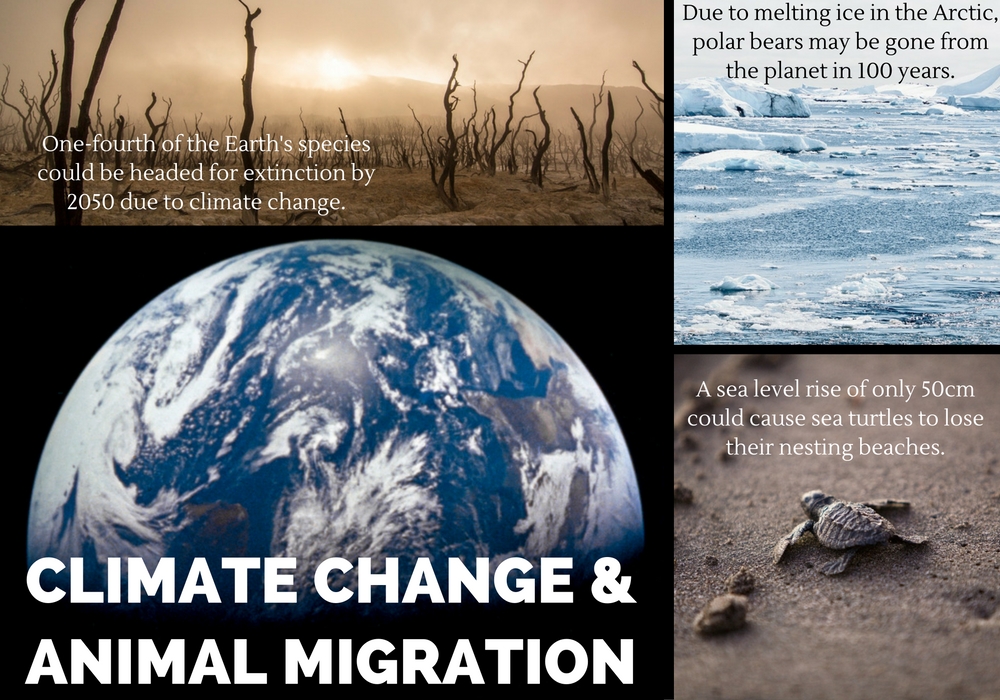 (Infographic created by Georgia Perry with stats from Nature.org and ClimateAndWeather.net)

Environment | Climate change could mean extinction for many animals

Searching for lucky pennies at the bottom of a dam